Break-ups aren't just for couples. Restaurants too experience the heartbreak of splitting apart. It could be a difference in vision, a temptress in the form of profit, or simply just a falling out. It could be amicable or it could be salacious.

We list seven of the most famous restaurant shake-ups in the Philippines.

From S to Z: Elar’s Lechon and ElarZ
We can't fault anyone who's confused between Elar's and ElarZ. Apart from the spelling, they also share a history. According to ElarZ's website, everythign began with the founders, couple Jose Lontoc and Leonor Rodriguez.

Back in the '40s, the couple was given a piece of land in Leonor’s hometown Montalban, Rizal. They started raising hogs and supplying pork to market vendors. They also roasted some of the pork as well, which became a hit with their family, friends, and neghbors. In 1972, they made a business out of it, combining the initials of their surnames (L and R) to come up with Elar Lechon (no S's or Z's yet).

Leonor died in 1997 and Jose followed in 2000. Their descendants experienced some estate-related issues. Two of the grandchildren, Manjo and Manric, who were exposed to the family business at an early age, decided to put up their own lechon business in 2001. They called their incarnation ElarZ, alluding to the original but using native pigs. The original, which became Elar's, was continued by other members of the family.

A Tale of Two Pares: Jonas Pares and The Original Pares Mami House
This pares narrative is well-known to locals who live in the Mayon and Retiro area. It all started in 1979 when Lolita Tiu opened a small eatery called Jonas using only P6,000 as capital. The bestseller was beef pares, which is something like a Chinese-style beef stew, garlic rice, and broth combo.

According to a rumor in the '90s, Jonas, the cook, begrudgingly quit his job to put up his own pares place just a few blocks away from his former employer. The Original Pares Mami House (the one actually owned by Jonas) was born.

Today, The Original Pares Mami House still serves their customers carinderia style, offering cheap but filling servings of pares that regulars swear by. Jonas, on the other hand, now has their own buildings as well as outlets in malls.

Family Friendly: Savory, The Original Savory, and Classic Savory
The Savory brand was established shortly after World War II by the Ting brothers who hailed from the Fujian Province in China. It was supposed to be a panciteria in Quiapo but their chicken became more popular. Soon, they opened their first actual restaurant in Escolta, which served their bestsellers, lomi and chicken.

The restaurant continued to grow its base. Soon, the third generation Tings decided to launch another brand under the name "Classic Savory," which combines the time-tested recipes with innovative new dishes. They now have over 100 stores nationwide. Meanwhile, “The Original Savory,” however, ironically keeps things classic. It only has 13 branches.

There's also a third incarnation, Savory, which isn't as popular as the other two. In an interview with Inquirer, their marketing manager Dennis Ting said that even if the brand was split into three among the different branches of the Ting family, family relations remain cordial. Even if they work independently from one another, they do not consider the other Savory brands as competition.

Royalty Pain: Luz The Original Razon’s Versus Copycats
In 1972, Virginia, Severina, Elena, and Roger—also known as the Razon siblings of Guagua—set up a simple halo-halo stand in front of their ancestral home. It had sweetened macapuno, sweetened aba, leche flan, sweetened kundol, jackfruit, and pastiallas, and it became a hit in the neighborhood. Word spread and soon, people were going out of their way to try their delicious cooler. Eventually, they dropped the kundol, jackfruit, and pastillas to become the legendary Razon's dessert know today. Except that most of us probably aren't eating the real Razon's halo-halo.

In an interview with GMA, Lola Virginia expressed her disappointment at people who would blatantly use their name and recipes to start franchises of their own. Lola Virginia claimed that she had never received royalties from these franchises. Her niece, Luz Razon-Cabrera, in fact, only runs three Luz The Original Razon’s branches.

Family Legacy: Aristocrat, Serye, Reyes
Engracia, more commonly known as Aling Asiang, was a grade school graduate; her husband, Alex Reyes, was a judge. They had 13 children and needed to supplement their income. Fortunately, Aling Asiang was an excellent cook. It was the '30s and she started a canteen serving school children in the Ermita area. She also transformed an old Ford van to a rolling food store. This van sold adobo sandwiches, fish fillet, and other Filipino snacks in Luneta.

Back then, Aling Asiang wanted to name the van “Andy’s” after their first son. Andy, however, rejected the idea. Aling Asiang thought that Andy was embarrassed around his "aristocrat" friends from Ateneo. She then used the name “Aristocrat” and the rest was history. When the full service restaurant was set up along Roxas Boulevard, Andy’s “artistocrat” classmates, politicians, foreigners, and even members of high society became regulars. Their bestseller was chicken barbecue with a special sauce.

When Aling Asiang passed away, her kin created their own businesses, tapping into her legacy. One of her children started the Reyes Barbecue chain. A grandson opened Alex III while another put up Serye. A granddaughter who trained abroad is the executive chef and partner of the 1771 group while yet another enterprising granddaughter started Mama Sita, which sells pre-mixed sauces and condiments.

Tapatan: Lutong Bahay vs. Kapit Bahay
The University of the Philippines Diliman welcomes students from all over the country and most of them reside in dorms, craving home-cooked food. This need helped push for Lutong Bahay in Area 2. Back in 1979, Area 2 was just a row of apartments and boarding houses. According to the owner, they made sure that Lutong Bahay didn't look like a canteen or karinderya but a house where students can even watch TV. The concept was such a hit that the house in front of Lutong Bahay decided to adopt the same concept and christened themselves Kapit Bahay. Friction!

A Murder Mystery: Aling Lucing and her Sisig
It's always difficult to pinpoint a dish's origin, but most people attribute the modern sisig (sisig was mentioned in historical documents as far back as 1732, but it's hardly the saucy dish we know today) to dear Lucia Cunanan or Aling Lucing.

In the '70s, the Cunanan family set up a food stall along a crossing in Clark to cater to Filipino workers and American servicemen. What set Aling Lucing’s dish apart was the twist she incorporated into the dish: she grilled meat and served it with chicken liver and pig brains. It became such a hit that people would make their way to Pampanga just to get a taste of Aling Lucing’s sisig. People have tried to recreate her recipe, but what it is exactly is a closely guarded family secret.

In 2008, the 80-year-old Lucing was found dead in her home. She was stabbed 10 times. Motives are mostly speculation: some people suspected that it may be one of her many competitors trying to get ahold of the secret, original recipe while others assume that it may be one of her former employees trying to rob her. However, the primary suspect of the case was Aling Lucing’s own husband, Victorino, who found her body but had no solid alibi for that night. However, he was released due to lack of evidence and the case remains unsolved up to this day. 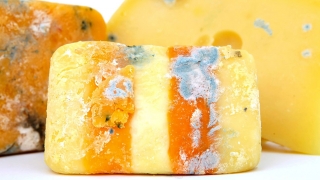 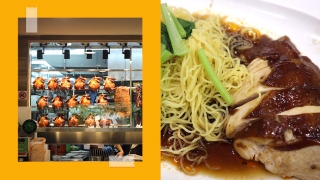