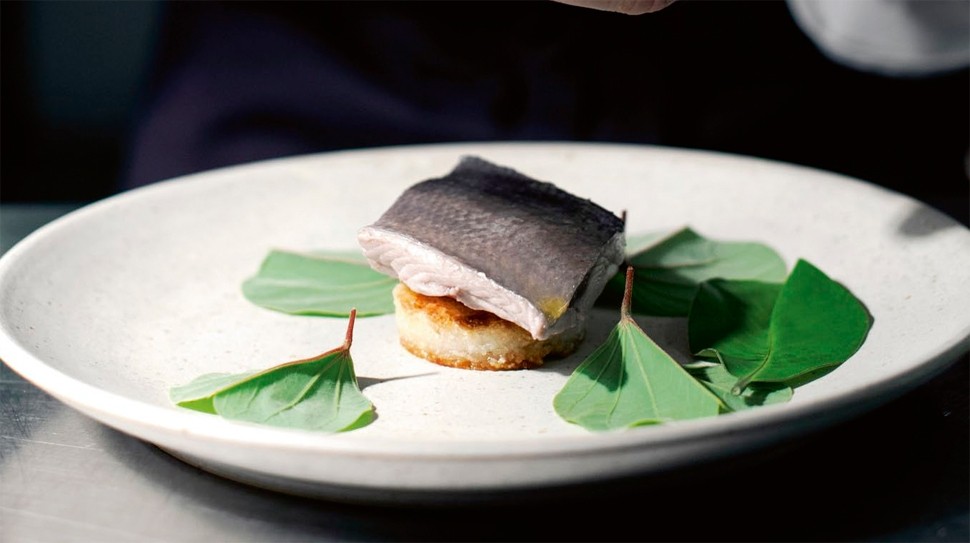 Gallery Vask debuted at the 39th spot at the 2015 Asia’s 50 Best Restaurant awards, taking home the title of “Best Restaurant in the Philippines.” Chef Luis Gonzalez, better known as Chele, isn’t Filipino, and he doesn’t make what one would reasonably call “Filipino” food, but that’s beside the point. Chele, in the past two years, has transformed Gallery Vask from a fine-dining restaurant serving modern, global cuisine against a backdrop of modern Filipino art to a place where the various histories, cultures and societies of the Philippines are acknowledged and communicated through the medium of food, interacting with art. Explains Carlo Calma, the art and architecture half of Vask, “He’s looking at Filipino flavors and using them in a modern way. Chele creates a journey. It’s cerebral, and there’s always an element of surprise.”

Surprise, subterfuge, trickery-if you’ve bitten into any one of Chele’s concoctions that resemble familiar Filipino street food, like taho, isaw, or bananaque, you’ll soon realize that nothing is quite what it seems. Everything has been replaced and rearranged, and the resulting texture and flavor are reminiscent of what it was trying to copy, while the simulacra itself becomes an original. The current menu at Gallery Vask (not to be confused with the other areas of Vask, which serve Spanish tapas) takes things further, digging deeper into culinary archives, memories and rituals. It was borne from a life-changing journey Chele took around the Philippines when a former chef of Mugaritz, Julieta Caruso, came to visit.

“I wanted to show her the best of the best. I chose to be here, it’s an amazing country. So we decided to go on a trip to look for ingredients,” Chele recounts. “We asked people in the industry, Margarita Fores, Bea Misa, chef Jordy [where to go]. What happened on this trip was something much more deep. We met the people and started to understand the culture, their relationship with nature.” 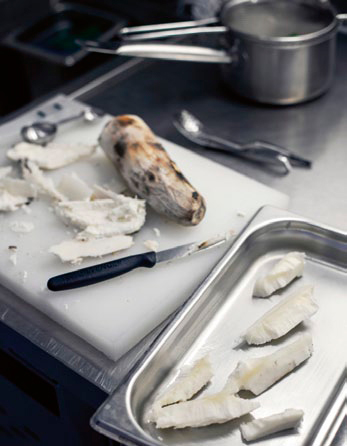 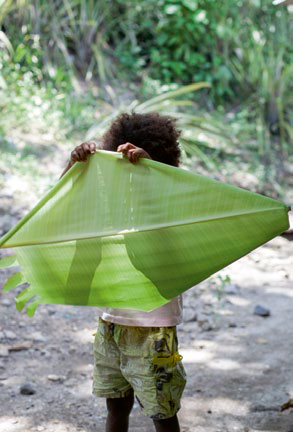 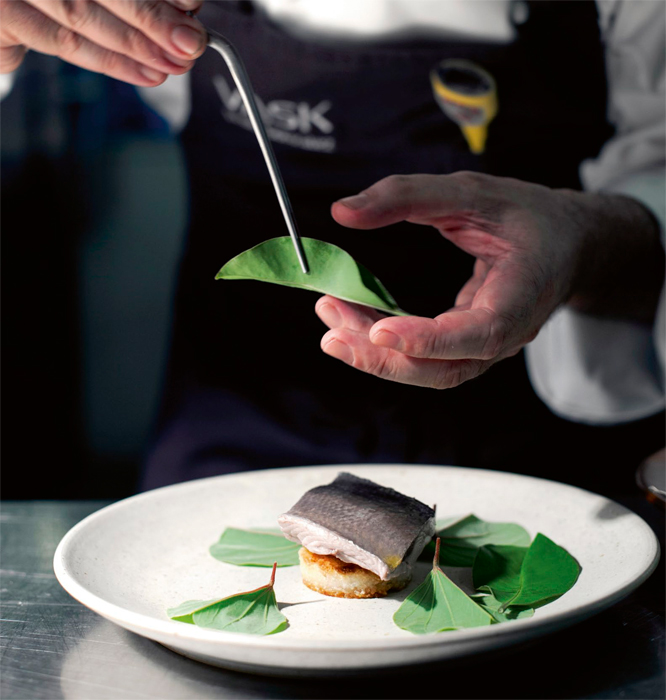 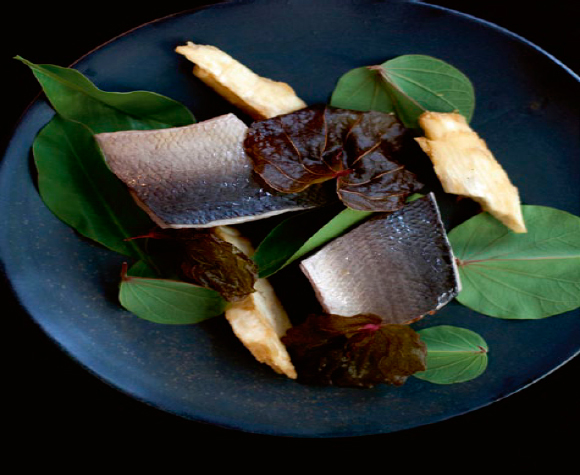 "I didn’t want to just highlight ingredients anymore,” Chele continues. "The cultural aspect has as much importance. We understand that the food has to taste good, and we spend a lot of time making the food taste good, and telling the story behind each dish."

Instead of merely bringing in a regional ingredient and zapping his molecular beam at it, the entire dish he creates back in the kitchens of Vask is woven together with respect to the traditions from where it came, refined with chef techniques and maybe tinged with his own hometown remembrances of growing up in northern Spain, or his mother’s cooking. He’s visited the Kalingas, the Aetas, and he’s been to the provinces where his chefs at Vask hail from. In a few months he’ll be heading to Iloilo for the seafood and to Mindanao with the DOT to meet with three different tribes. He recalls with wonder how the Aetas produced fire from bamboo, as if some kind of native sorcery.

The preparation of food, cooking it, is itself a practice of alchemy. Raw materials from nature are transformed by fire into substance and sustenance, binding people together in community. We don’t often think about what we eat beyond whether it tastes good or fulfills our caloric needs, but cuisine as anthropology lets the diner discover the relationships between food and the human experience. Literally, food for thought.

Chele’s work with IRRI advancing Philippine heirloom rice (Arrozeria, Chele and Carlo’s paella restaurant, only uses local rice varieties in place of traditional paella kinds) has even led them to Harvard, where team Vask created a six-course dinner around the theme of “Bigas and Tablea” for the Graduate School of Design’s Alimentary Design project, a module that was investigating the culture of rice production in the Philippines.

Seafood, however, takes center stage at Gallery Vask, because as someone who grew up near the ocean and went fishing a lot, fish is a “very comfortable thing” for Chele. Moreover, it’s what the Philippines has an abundance of. “That is how we define sustainability, it’s as simple as that,” he says. “Lately everybody is talking about sustainability. We prefer that our behavior and acts be sustainable. I sometimes describe it as common sense-what nature gives you, be respectful of it.” Chele partners with groups like Oceana and Meliomar which promote responsible fishing and livelihood. He describes his younger self as someone who was selfish and quite a departure from the eco-advocate he’s since become: “When I was a kid I was spoiled by my mom and sister, because my father died when I was nine months old. I was an asshole when I was a teenager. I think as a society, we are selfish. I have to keep educating myself.”

Carlo points out that Chele shows more curiosity about visiting places around the country than locals like himself. The two met randomly at the very first Malasimbo, 5 a.m., drinking rum cokes on the beach. He’s excited about the future of Gallery Vask-they plan to up the ante by creating truly different dining experiences, and while Carlo doesn’t want to spoil the surprise, he hints at the use of new technologies and immersive installations. Their multidisciplinary approach to food and art, their engagement with communities and emphasis on local ingredients make Gallery Vask a wholly original Filipino restaurant, one that that serves food without borders. 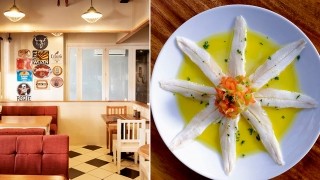 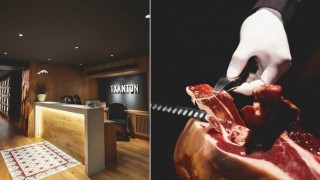 Txanton Jamoneria: Once You Go Black
All Photos
Comments
View As List