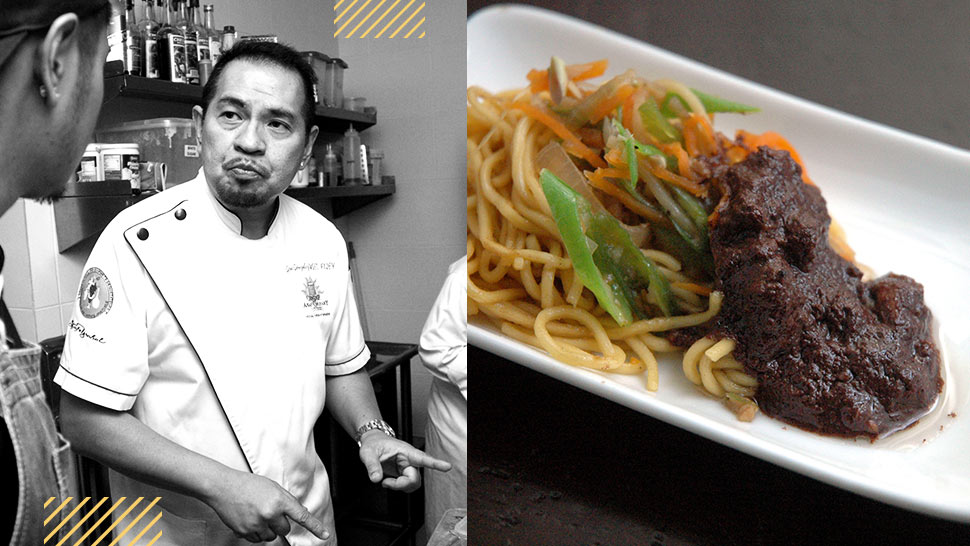 The dining room of the new Café Ysabel along M. Paterno Street in San Juan was buzzing with activity that Thursday evening, not that the place is ever silent for long. With the café open all day, the bakery selling their popular ensaymada loaves and strawberry shortcakes to loyal patrons from the area, and the school— the Center for Asian Culinary Studies—never running out of minds to mold and hands to train, it’s a busy place.

However, the evening’s special dinner is for the members and guests of the OMGD faction of the Philippines’s Chaine de Rotisseurs, the oldest and arguably the most prestigious gastronomic society in the world. The OMGD (Ordre Mondial de Gourmets Degustateurs) are particularly interested in fine wines and crafty libations, which is why the event called for a wine pairing dinner. 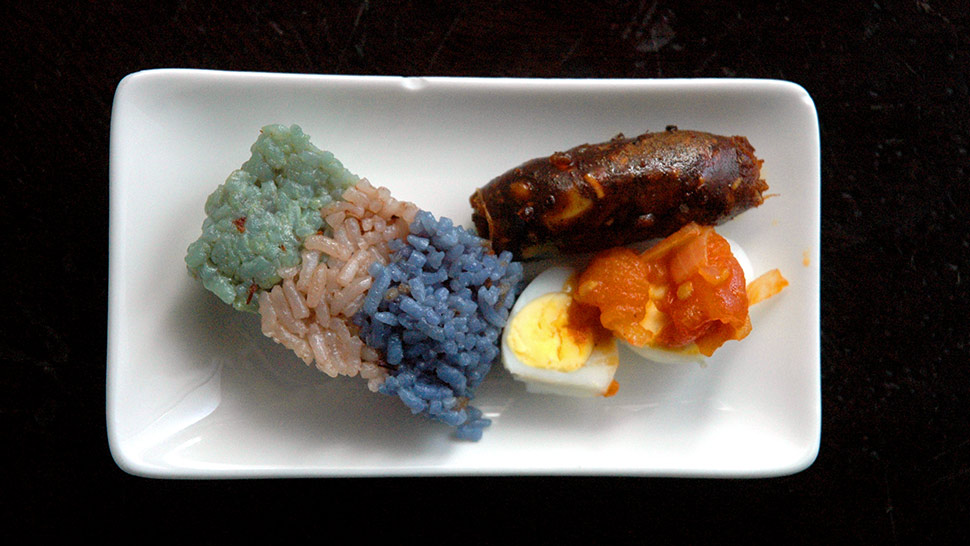 Cafe Ysabel’s owner, chef patron, and resident bad boy Gene Gonzalez is not even the least ruffled. Being a longtime member of the society, he is among friends. And, frankly, he barely considers it even a challenge. “They know I’m the only one who will agree to this,” he chuckles, those full lips breaking into that signature devilish grin. He really does not have to, not with an empire built on decades of experience and a name that is the foundation of countless endorsements, product collaborations, a chain of culinary schools, not to mention the occasional tv show.

Before Anthony Bourdain (a comparison surely Gonzalez himself is weary of) became the beloved icon of gastronomic badassery, Gonzalez was already the local culinary scene’s cheeky prankster back in 1980s Manila upon opening the original Café Ysabel along P. Guevarra Street. The restaurant—converted from the 1920s ancestral home of actress Susan Roces—was the pinnacle of fancy dining then, witnessing thousands of first dates and proposals over the years. 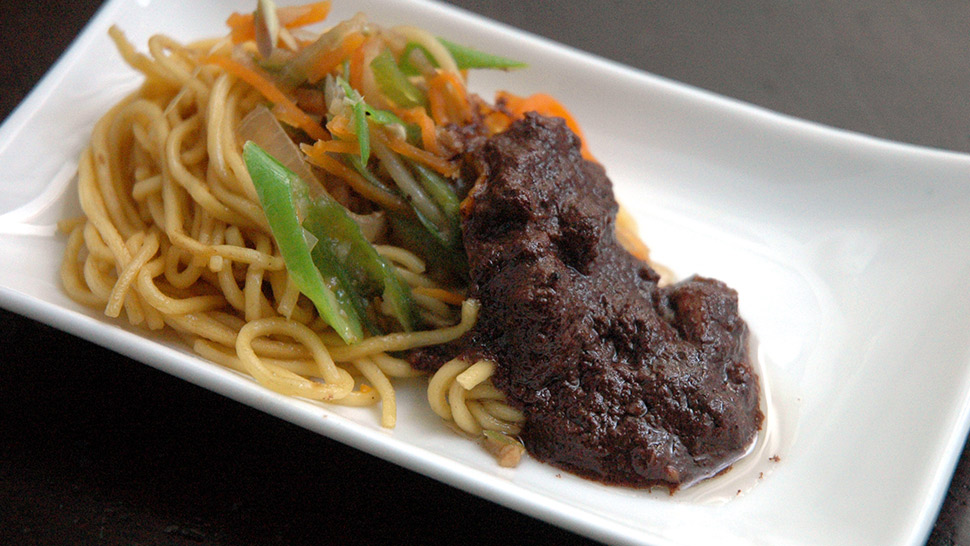 Gonzalez himself was a loose cannon that dropped sexual innuendos during cooking demonstrations, to the blushing housewives’s delight and his sponsors’ chagrin. Way before the profession was deemed sexy thanks largely to an influx of tattooed and bearded hipster types, Gonzalez was once known to be an inexhaustible playboy dating kolehiyalas half his age. The iconic chef does not even have to prepare dinners for the members of the OMGD, who come to dinner dressed in their ceremonial sashes, neither for commerce nor for recognition. At this point in his life, we have to assume, he does it simply because he can.

While younger chefs with less experience and lower self-esteem might mask Filipino flavors with complex western techniques or flashy plating, Gonzalez will have none of that. He served a sinuglaw of Davao tuna topped with chitterlings as an opener, drawing mixed reactions. “Some weren’t happy when I said (pork intestines),” he snickers. 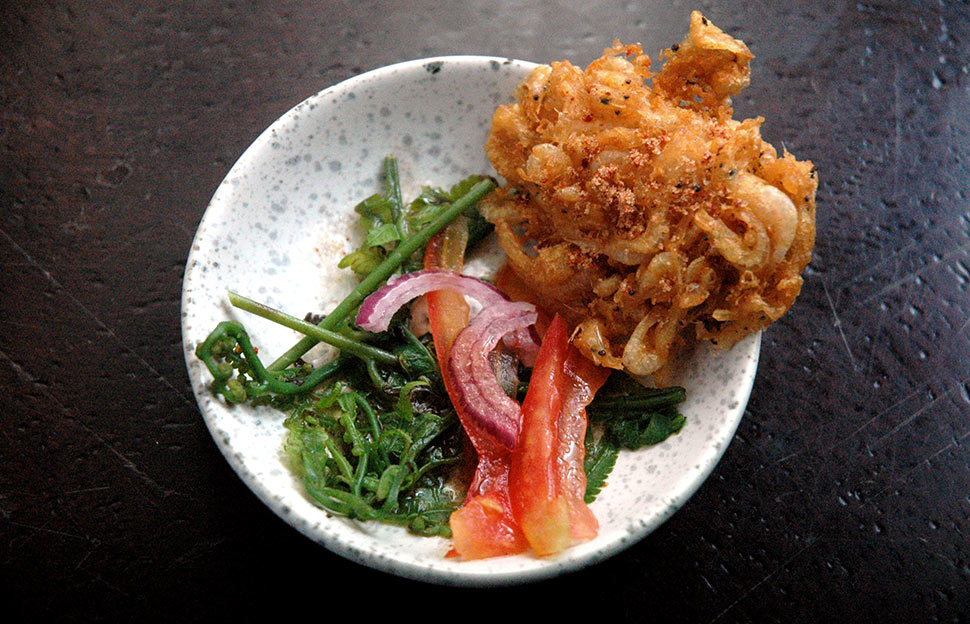 However, he made amends with his version of ukoy and pako salad—his version a crispy disc of baby shrimp served with local fern and preserved egg. The inherent brininess of the salad with the flavorsome shrimp made for a textbook pairing with the dry Zonin Prosecco.

Gonzalez’s most fusion-y dish that night would have to be the croquette of taro and munggo stew topped with crispy tawilis. When mashed, the taro and munggo mimic the smooth texture of potato purée and bechamel. The tawilis is marinated in gin, drenched in flour, and then deep-fried, making for a flavorsome partner with the crisp, citrusy Trivento Brut Nature, another delightful sparkling wine.

However, Gonzalez proves that his genius often lies in his boldness. He paired a delicate Californian chardonnay with crab fat and meat on top of kropek. The same wine complemented the roasted tilapia with bagoong and wrapped in betel leaf, a surprise fit considering the pungency of the shrimp paste and the herbaceous foil of the dish.

While the Fat Bastard pinot noir is known to be easy to love with its strawberry jam flavors and ripe cherry nose, I doubt anyone would have guessed it will pair well with dinuguan Albay and pancit Bato. Both dishes were plated as if they were hastily strewn together at a birthday party, and Gonzalez points out its possible origins story. He explains: “Diba, when you get food from the buffet at a party, you just combine all these dishes in your plate. Eventually, parang hahanapin mo na yung lasa ng pancit with the dinuguan. The flavor is almost lacking without the other.” With the richness from the coconut cream cut by the vinegar, the dinuguan provides the acidic balance braised noodles often require. The French wine, with its fruitiness and mild florals, was an uncanny yet perfect match. 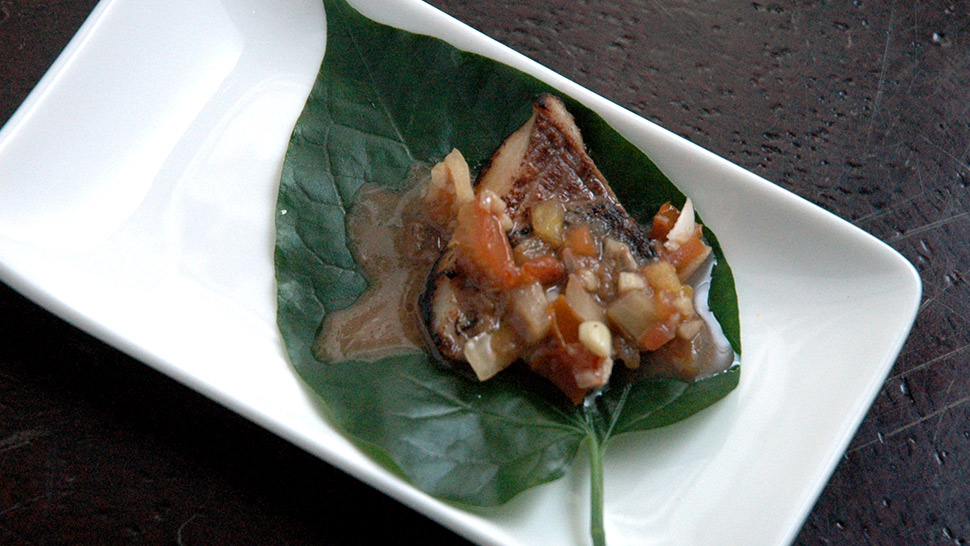 The Fat Bastard cabernet sauvignon, though, was quite unyielding. It clashed with the same pancit dish that worked so well with the pinot noir. Same effect on the balcochong Davao and the chorizo sisig with tri-colored rice. However, like finding a lost puzzle piece, it fit snuggly alongside the buro with mustasa and fried pork belly. It literally sang, and what initially seemed like a difficult, closed-up wine suddenly exhaled notes of dark fruit, cinnamon buns, and pepper.

Credit needs to be shared with OMGD’s main wine guy Jay Labrador (who is also the distributor of the Fat Bastard wines that hail from the Languedoc-Roussillion region of France) for meticulously pairing the wines with the right dishes. But, that uncompromising stance to stay true to the flavor profile and textures of Filipino food— all seventeen courses of it— is Gonzalez. When we tried to leave before desserts were served, he demanded, “just try it. Here,” as he hands us a plateful of island Florentines and ylang-ylang mallows. Success, clearly, has not made Gonzalez last. He works hard and takes pride in what he does, and just like the current It Boys in the local culinary scene, he remains hungry and driven. 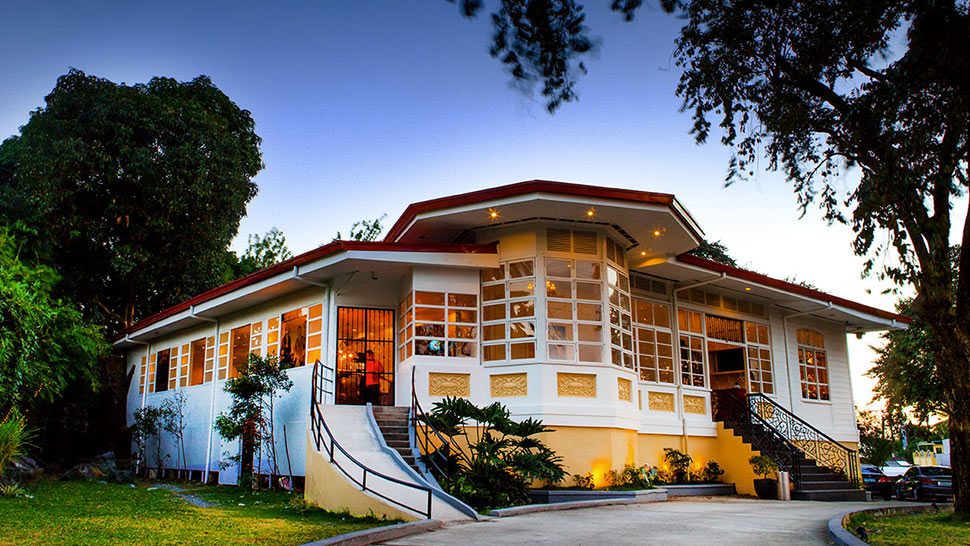