Gino's was the only Philippine establishment in an Asia-wide pizza ranking.

Finding the best pizza is always a daunting task. There are too many variations and flavors to legitimately compare them. Is a Neopolitan really better than New York? What if I like deep-dish and my friend likes thin-crust? What about flatbread? Is flatbread even considered pizza? WHAT IS THE BEST PIZZA?

In Asia, the answer, at least according to a poll done by travel authority Big 7 Travel, is Pizza Massilia in Thailand. Pizza Massilia is an upscale gourmet pizza brand with two successful restaurants in Bangkok. Its chef, who was brought in from Rome, makes its special wood-fired pies with a dough that uses four types of flour.

The ranking of 50 pizzerias and restaurants was done by surveying Big 7 Travel's 1.5 million-strong users. The lone Philippine establishment is Gino's Brick Oven Pizza, an unfailing resource for smoky, aromatic pizzas and stretchy burrata. Big 7 Travel writes: "Pizzas are cooked in a traditional Italian-style with dough that has been baked in house and proves for at least a day...they then cook the pizza within a couple of minutes at 400C which results in a perfect crust. The toppings are what really bring their pizzas alive. Never a dull meal in here." With Gino's being the only Filipino contender, it's safe to say that based on this list, it's the best pizza this side of Asia.

Gino's was founded in 2012 by Jutes and Cello Templo, a couple who found earlier success in their donut chain, Cello's. The pizzeria was named after their son and the goal was to create fresh pizzas in the Neopolitan style, baked individually in brick ovens. Its meticulous preparation (which you can read about here) results in a crispy bare perimeter and a chewy, almost soupy center. The most famous pizza in its arsenal is the SMEGG, a puffy, slightly charred disc of homemade sausage, mushroom, eggs, Gouda, and cream. Gino's was included on Esquire's list of the places to get the best pizza in Manila, but it's also notorious for its Nutella soup and salted egg pasta (which it had before the salted egg trend).

Big 7 Travel produces guides on travel, food, hotels, for "a mobile-first, millennial audience." It also recently listed the best steaks in Asia, in which five Philippine establishments were named. 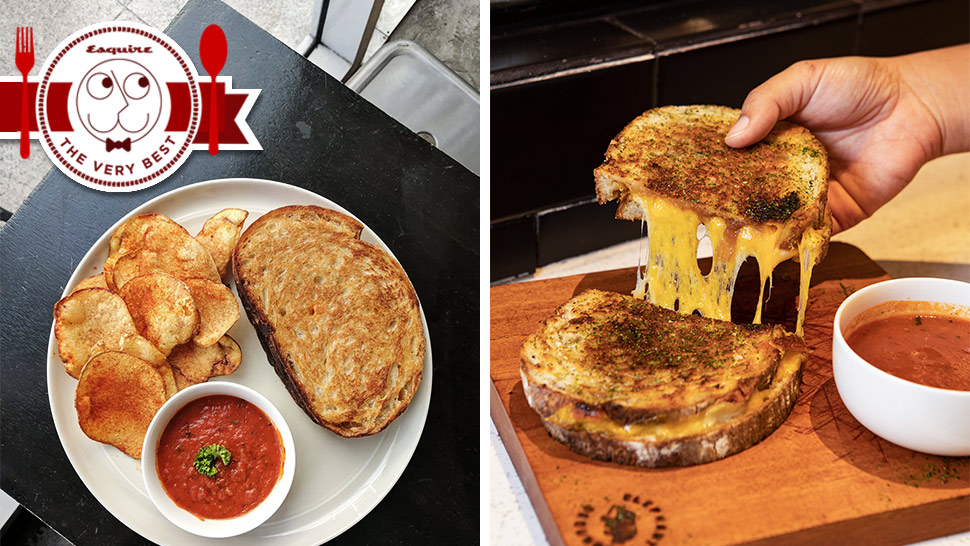