You can find them all in a little Burgos Circle restaurant. 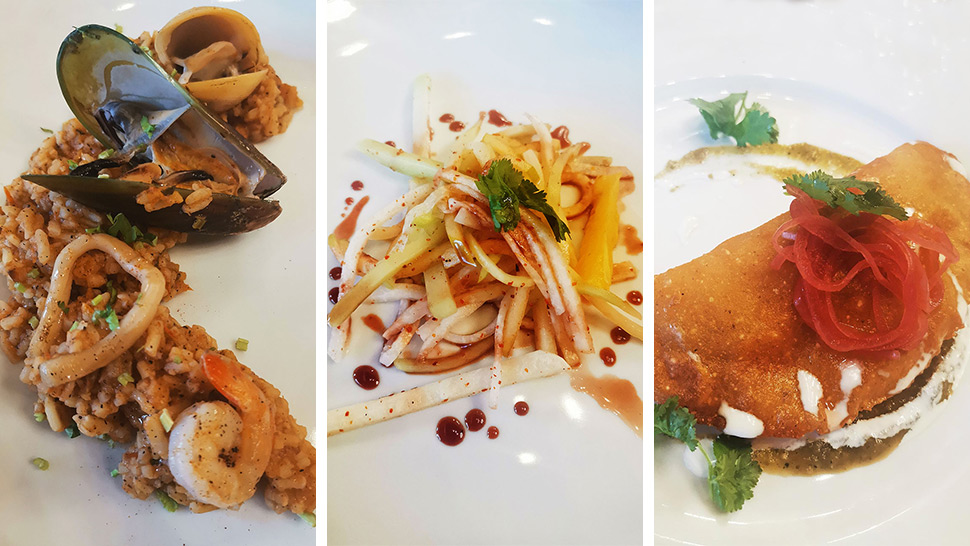 Here's a history tidbit for you: Once upon a time, Mexicans and Filipinos cooked side by side on Spanish galleons. This shared colonial experience is a major reason words like adobo, menudo, and empanada exist and mean nearly the same thing in both cultures and Spain as well.

We'll even go to the great length of saying perhaps that's why Mexican food is so warmly embraced in the Philippines. Most Filipinos, however, associate Mexican food with Tex-Mex. Tex-Mex was something birthed on cattle ranches in Texas by immigrant Mexicans working with Americans who love beef. And while burritos and fajitas are delicious, Tex-Mex is not completely representative of Mexican cuisine.

This desire to bring authentic Mexican food to the Filipino market was the reason Steven Mills and his wife Eliza Tan-Mills, both lovers of the cuisine, decided to open Hacienda Manila in 2018.

"Filipinos believe fajitas are Mexican when they are not. I wanted to show Mexican food is not just nachos, fajitas, and burritos," explains Mills. "My biggest reward is when people who have traveled to Mexico or when Mexicans say this is the closest thing to home that they have and when the Mexican community tells us this is really the only place they feel home."

Mills feels accomplished when he sees how Mexicans and Filipinos can reforge a forgotten friendship in his restaurant. To further that relationship, the Millses even flew in Top Chef Canada star Elia Herrera, an award-winning Mexican-born chef, to create a special, but limited selection this April that the restaurant will eventually adapt into its menu. Herrera's dishes were rooted in her own restaurants Los Colibris and El Caballito in Toronto. 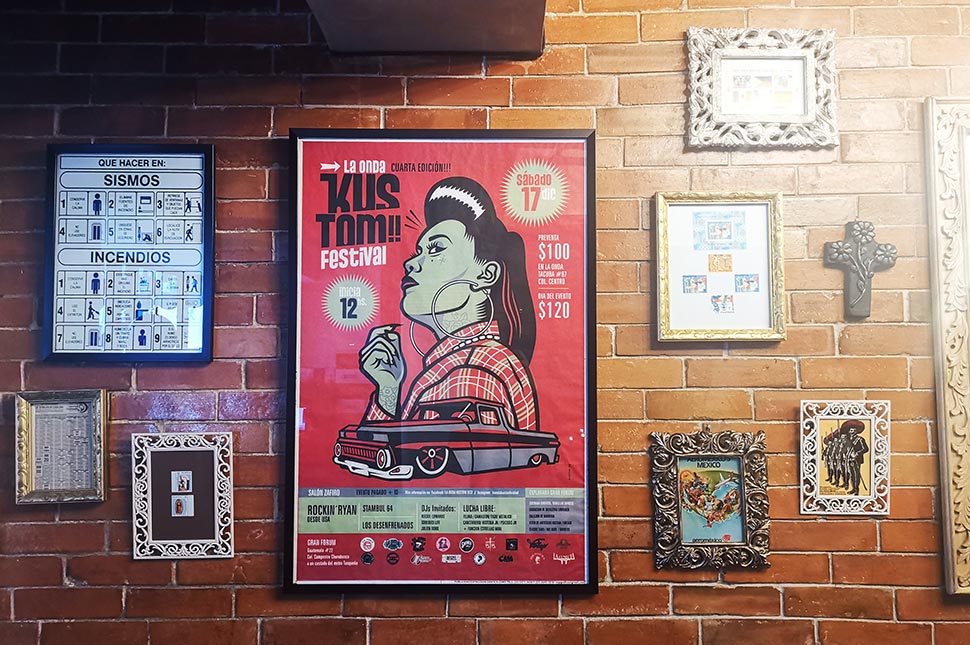 The music and art at Hacienda Manila depicts the relationship of Mexico and the Philippines. IMAGE: Kaye Koo 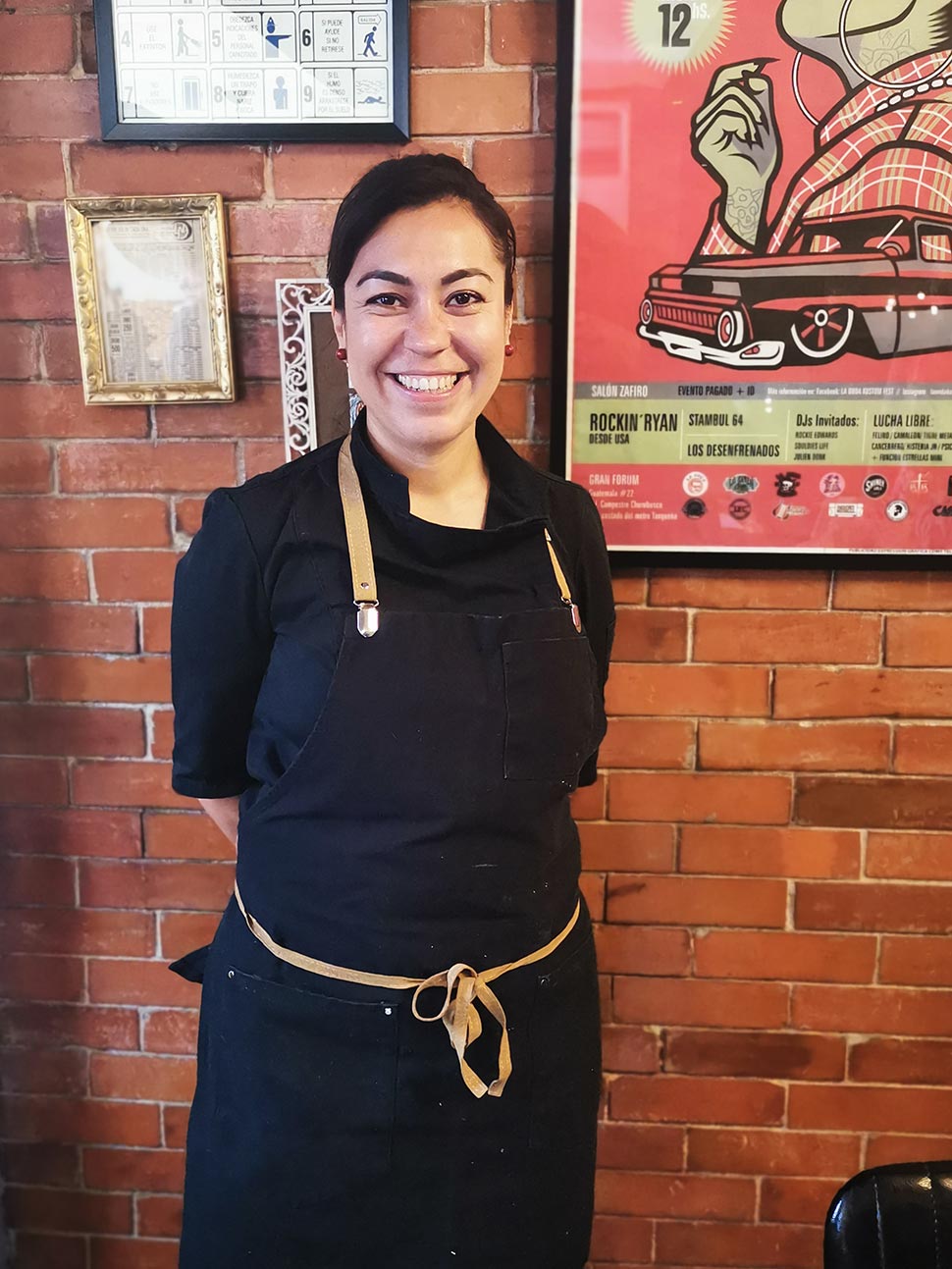 Chef Elia Herrera, star of Top Chef Canada, says her inspirations come from her abuela, who started a catering business at 14 years old. Her business catered to the religious leaders in the Vatican, Rome, and even the King of Spain. IMAGE: Kaye Koo

Herrera herself understands Hacienda Manila's plight about Tex-Mex restaurants. "I face a lot of Tex-Mex requests like nachos and fajitas, they expect this so I explain, and it is a matter of being patient to stay with my roots until people understand more the culture, and appreciating the work behind it."

Being patient is important in authentic Mexican cuisine. A mole, for example, one of the foundational sauces of Mexican food, takes around two days to make. It can have 32 ingredients, such as nuts, dried chiles, and spices, that may need to be roasted, toasted, fried, or charred to develop that flavor.

Another important sauce is the adobo. Unlike our local adobo, it's made with dried peppers, vinegar, and spices which goes with proteins like pork and chicken. Pipianes, meanwhile, are made from pumpkin or squash seeds. These three sauces can run up to a million variants in Mexican cuisine.

For Herrera, people who want to understand Mexican cuisine should look for flavors, texture, and personality. "The flavors of Mexico, every single region is different with very complex flavors. With texture, it is how you make a tortilla for example and combine it with fillings, different kinds. Also, look at the personality of each region, like Cordoba, Veracruz where I am from, there is lots of frying. Oaxaca, they like to toast their tortilla on the comal, a flat griddle, making it crispy." 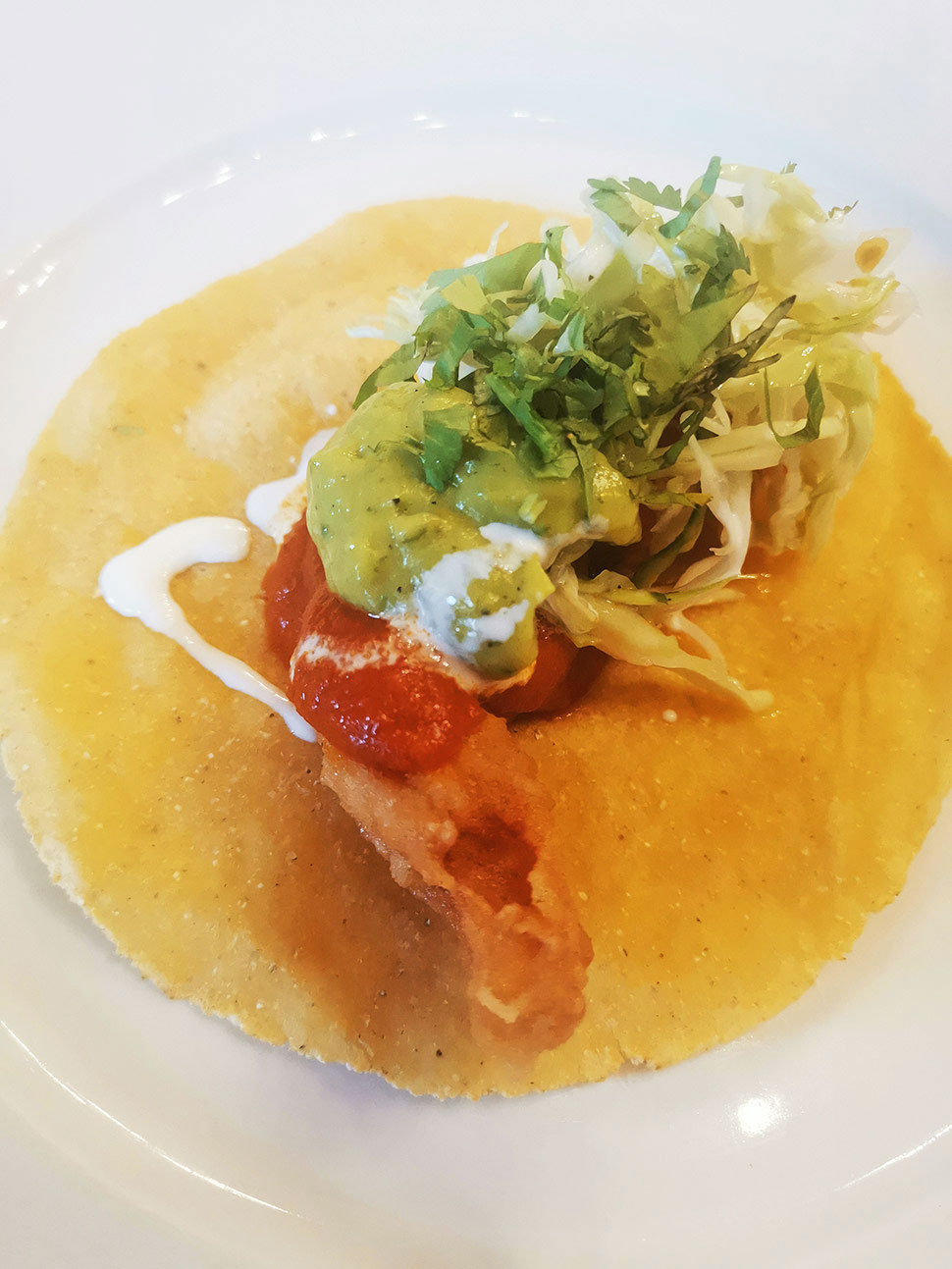 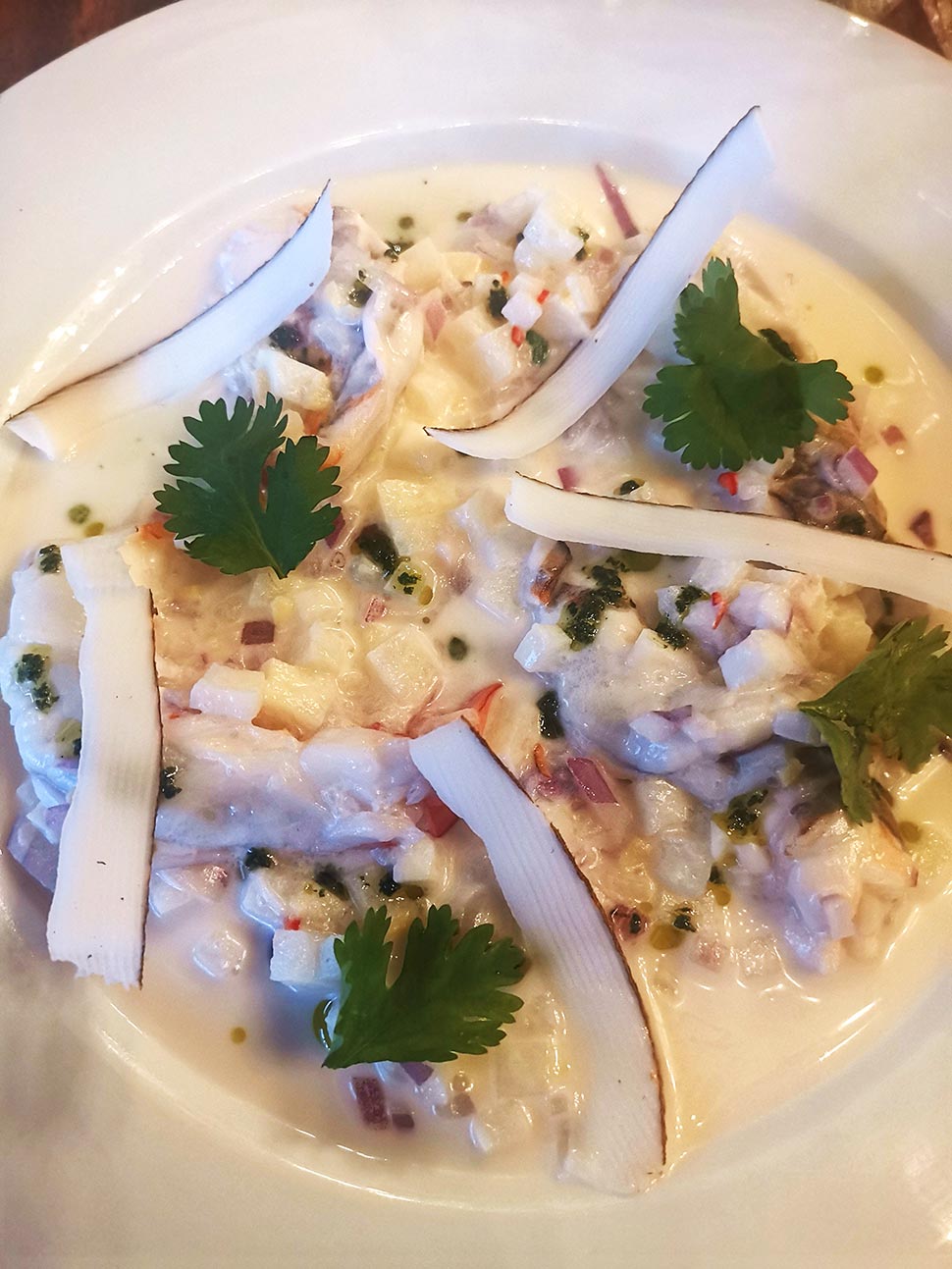 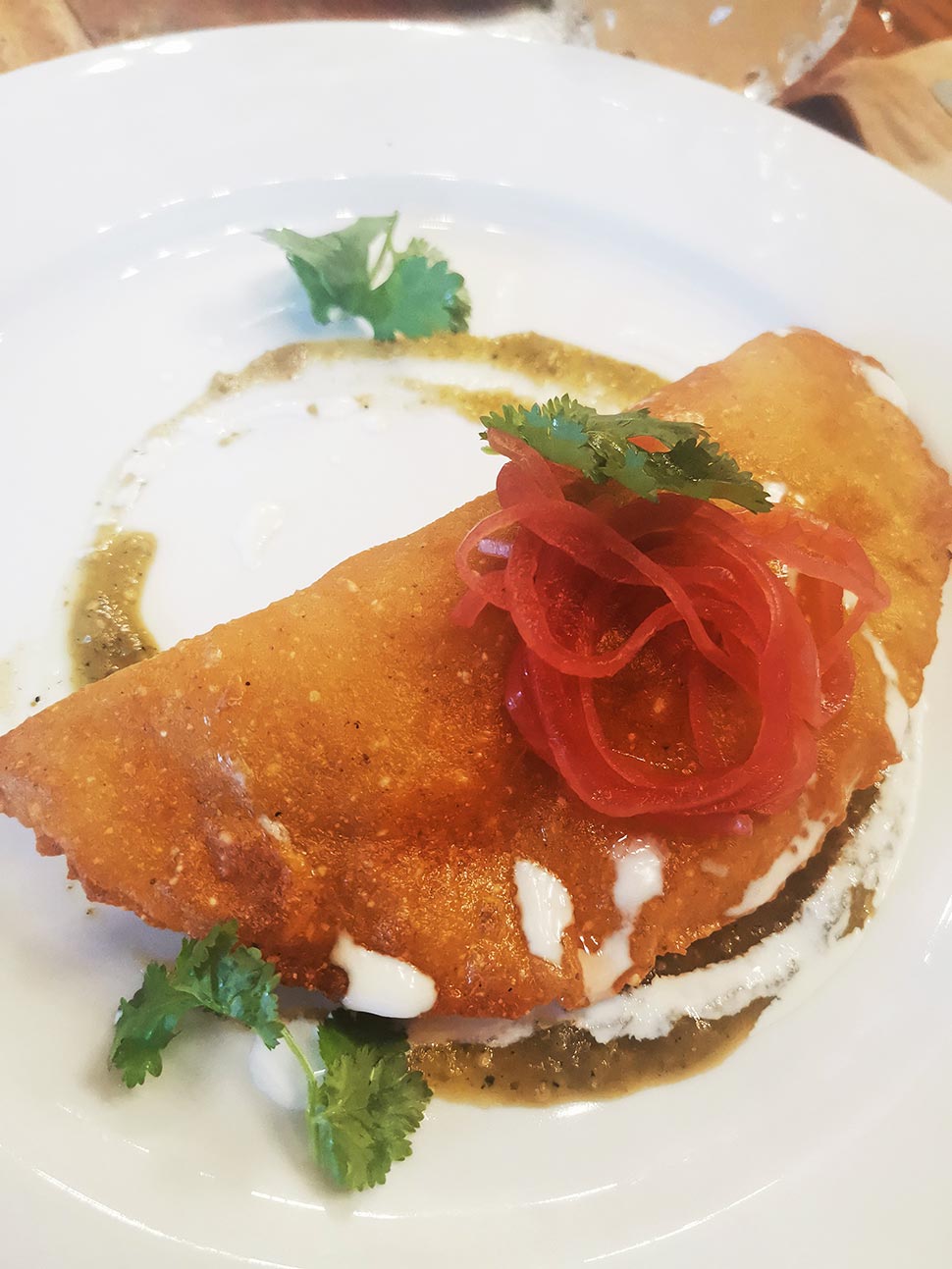 According to the chef, these are three items to look for when it comes to good Mexican: a good tortilla, a good sauce, and slow-cooked pork. For Hacienda, however, she came up with six dishes: chayote jicama salad, shrimp coconut ceviche, empanada de tinga de pollo, taco de pescado a la diabla, arroz a la tumbada, and churro con natilla. 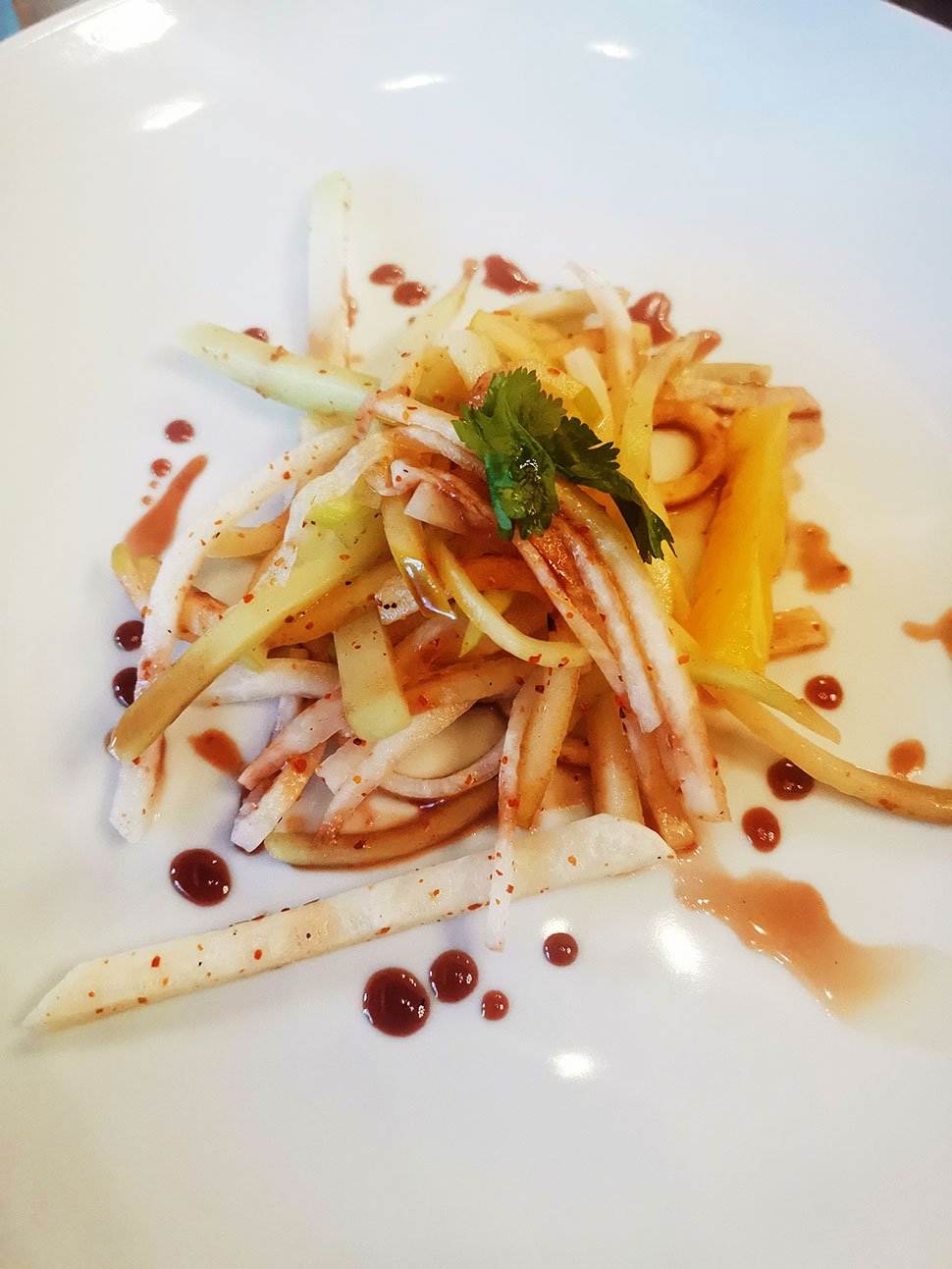 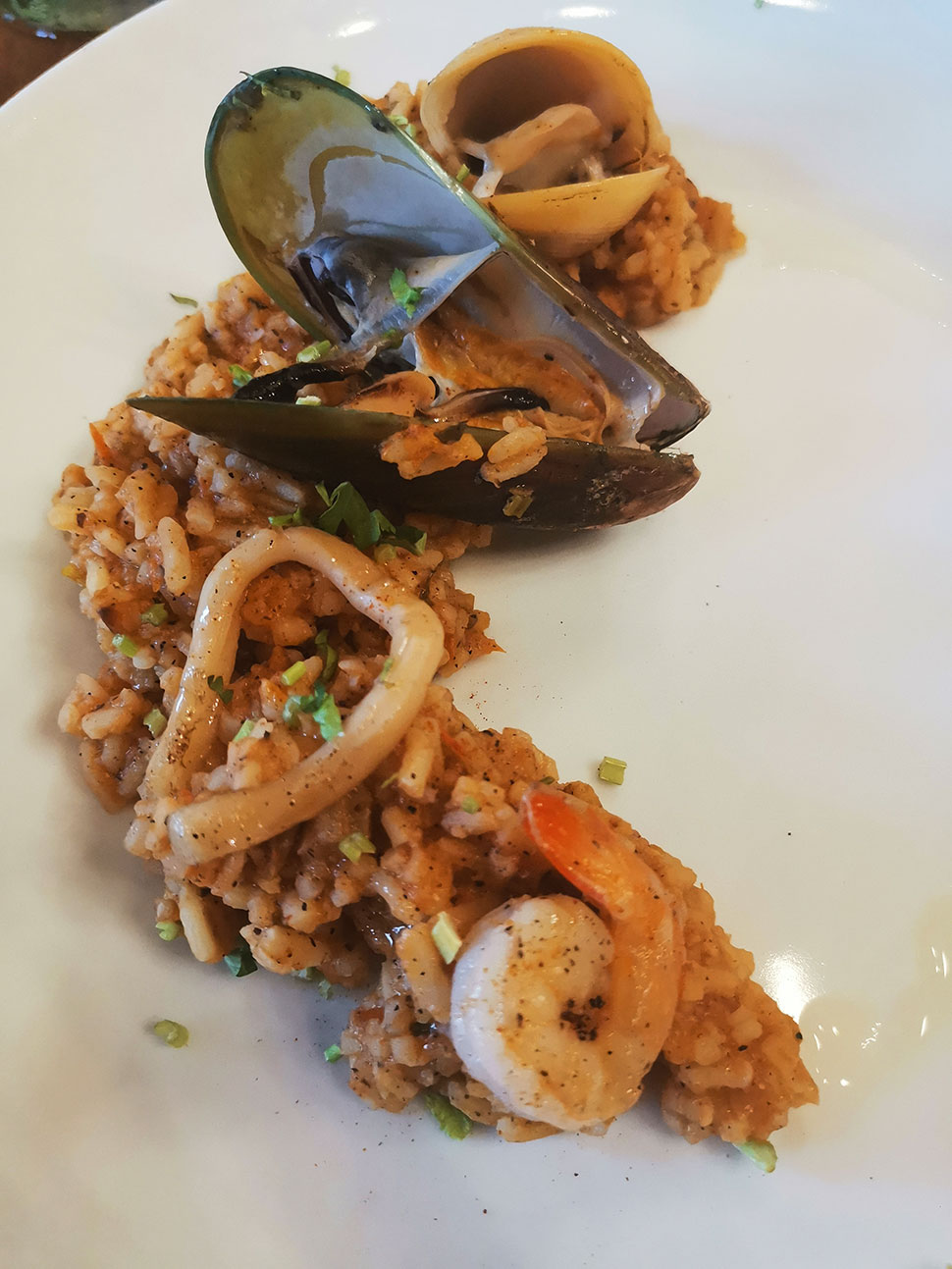 Each dish is a work of art and precision, from the right balance of sourness and acidity with how the jicama is paired with hibiscus, orange, and green apple to the depth of the sauce in her ceviche. Herrera also handmakes her salsa verde to match the empanada. And, because her taco de pescado dish is spicy, she makes sure to offset the heat with a refreshing avocado puree and enchilada sauce.

The arroz is a hefty plate of carbs and proteins from seafood with each item loaded with flavor. Her background in pastry also let her create outstanding churros. 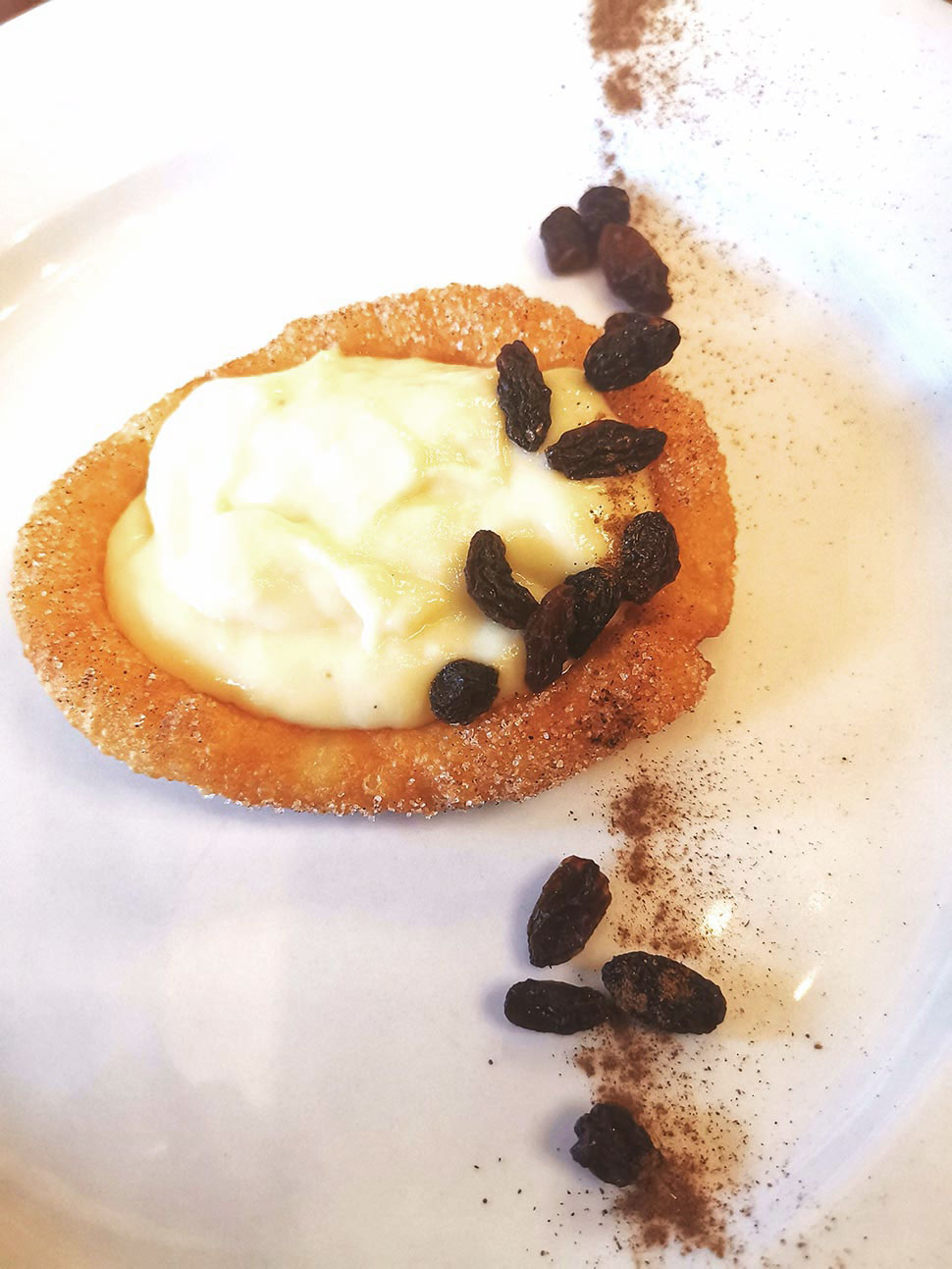 Chef Herrera's churro. Originally trained in pastry in Spain, France, Belgium, and Italy, Herrera loves a good work of art and she translates this into her cooking. Her specialty is the tres leches, and so her approval of Hacienda's tres leches was validation for Mills. IMAGE: Kaye Koo

Steve assures Hacienda fans that these dishes will make it to the menu. He purposely avoided ceviche earlier because he wanted to be sure that the restaurant could give the deceptively simple dish justice. He's also hopeful that Herrera, who's become intrigued with local ingredients, would return to the Philippines. "All I want is to represent my culture the best I can, anywhere I can," she says.