Chef AJ Reyes doesn’t have a traditional restaurant, but his culinary concepts are out of this world. 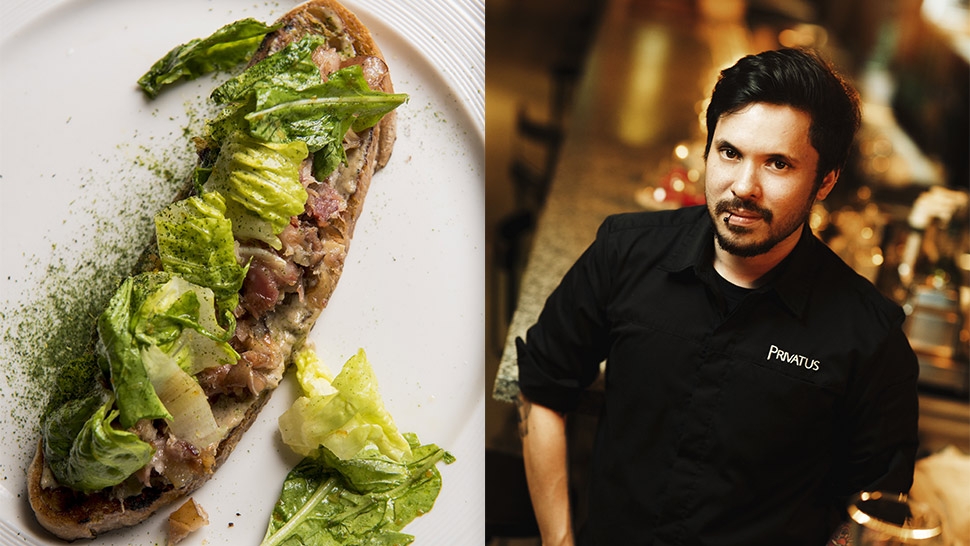 You go to a quiet, nondescript restaurant tucked away on a Pasig City side street to enjoy a nice Friday night dinner with friends, when, the next thing you know, you’re blindfolded and chained to a chair in a dark, stuffy room with a strange woman whose mouth is gagged with duct tape.

This was the scenario I found myself in a couple of weekends ago at Privatus, the private dining and events space owned by Chef Antonio Jose “AJ” Reyes. The chef and his team transformed what I assume was their conference room into one of those escape rooms for guests to figure out before they can sit down and enjoy their meal. It’s a very literal interpretation of “making you work for your dinner.” 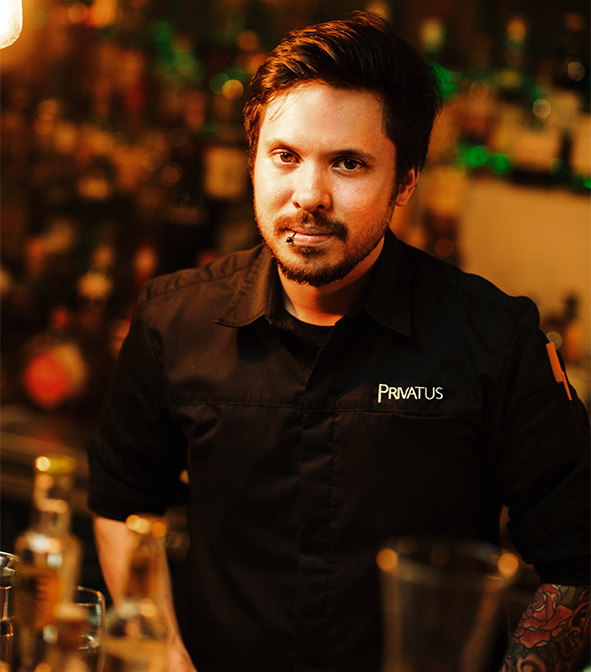 Chef AJ Reyes is the owner of Privatus Manila and The Commissary.
More from EsquireMag.ph 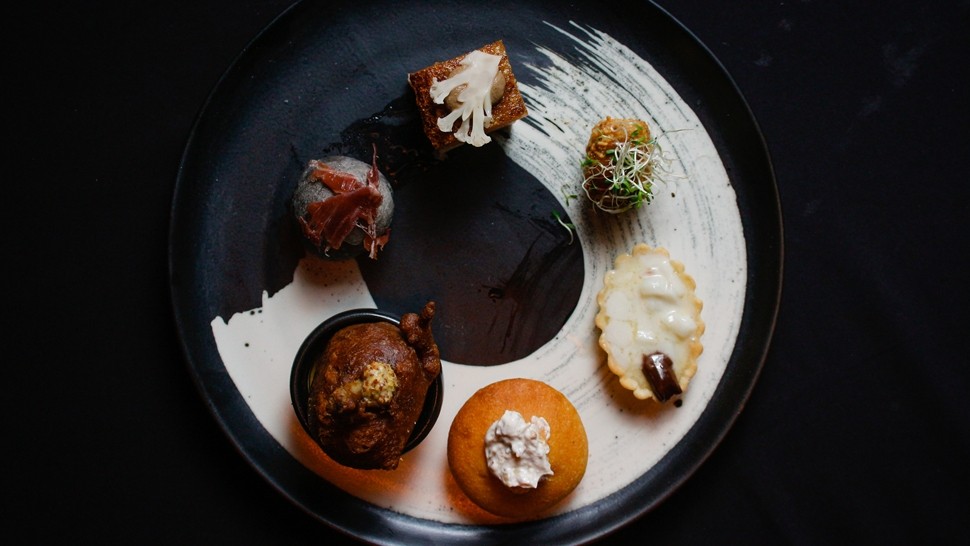 Privatus has made quite an impression on Manila’s dining scene since it opened last year. It’s quite unlike many of the “hot” culinary destinations in the city not just because of its unexpected location (far from the usual “it place” haunts like Makati and Bonifacio Global City) but also because of its concept of private dining and the culinary creativity of its founder.

“When I started Privatus as a catering service, my goal was to try if I can start my own small business,” Reyes said. The 31-year-old chef earned his culinary stripes training under acclaimed names like Chele Gonzalez and Bruce Ricketts. It was actually the latter, who is a few years younger than Reyes, who pushed him to venture out on his own.

"How can I change dining, make it more affordable, if I do it in an area where the rent is really expensive? The market is really competitive. I couldn’t do that."

“I wanted to do a restaurant, 'yon 'yong forte ko,” he said. “I went to BGC, Makati and Kapitolyo to check the rent. Sabi ko, how can I change dining, make it more affordable, if I do it in an area where the rent is really expensive? The market is really competitive. I needed a good marketing team and a backer to promote me. I couldn’t do that.”

Starting out with clients he met during his stints at both Gonzalez’s Vask and Ricketts’ Mecha Uma, Reyes eventually expanded the catering service by opening a commissary after he found the huge warehouse space in Pasig City. He brought clients there and started hosting events such as private dinners and bridal showers. 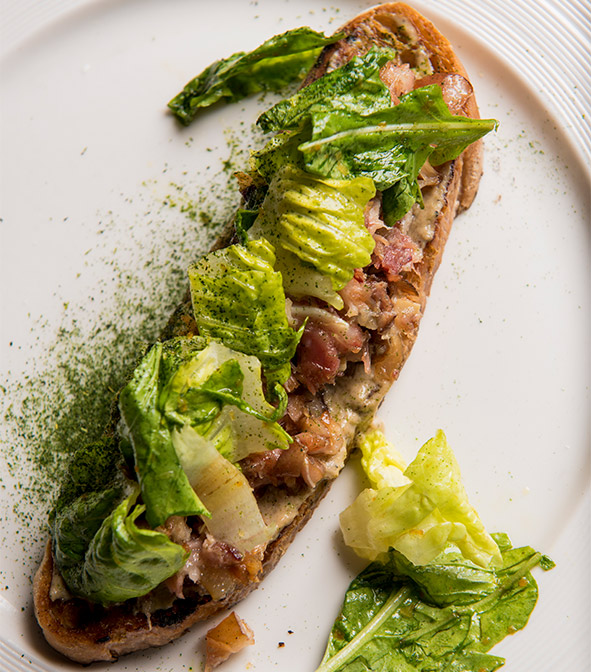 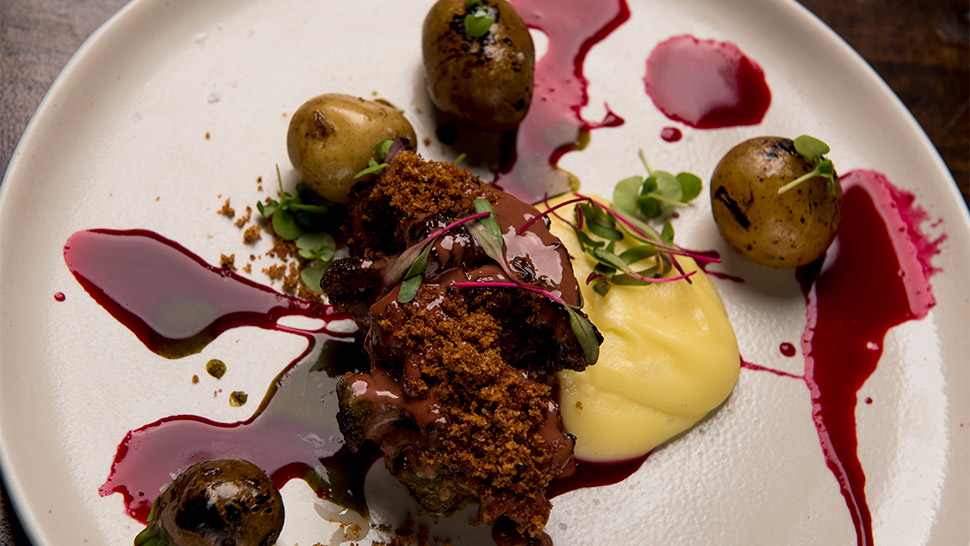 Privatus operates as a regular restaurant but, in addition, it has a commissary that services the food requirements of clients like BPO companies. “We’re tapping markets that other, much bigger food companies are ignoring, like yung mga concessions sa mga offices. Right now we’re doing One BGC, a BPO company. We’re doing hotel-style food for only P60 to P70.”

A third business that Privatus has gotten into is a partnership with Delicious Diet, a food delivery service for people with special dietary needs. “The owner wants me to handle full kitchen operations, and she’s going to take care of logistics. We’re going to offer affordable, unique diet food. It’s not going to be the super bland kind that many people associate with diet food.”

You can also look out for the Privatus brand at a neighborhood food park in Pasig. They’ve jumped on the salted egg bandwagon and will offer their version of the flavored potato chip, as well as ice cream and special flavored floats from his F&B manager Mark Marquez. 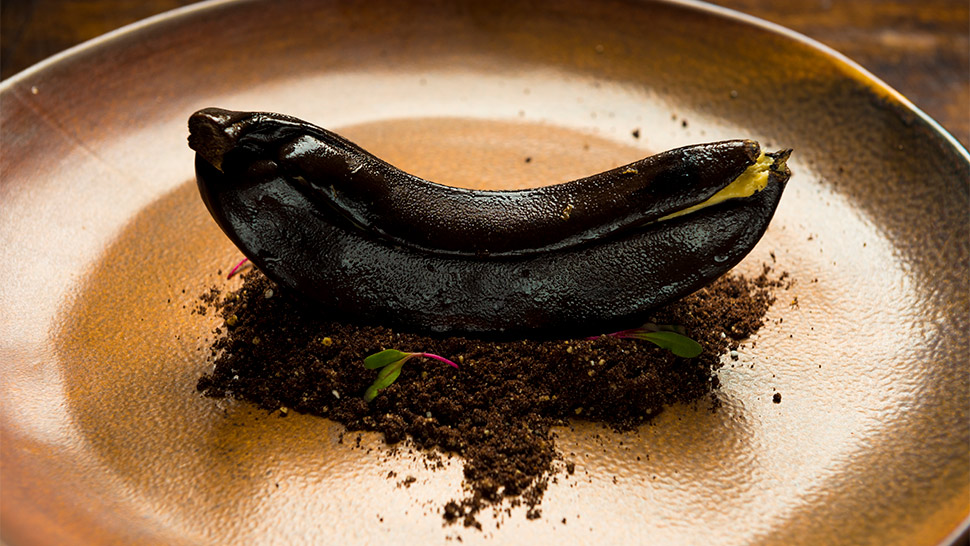 Still, with everything that Reyes has going on, it’s when he’s in the kitchen preparing special menus like the one for the Escape Room challenge dinner that he is able to truly flex his creative muscles. A couple of months ago, he partnered with on-demand dining platform Plato PH for a Star Wars-themed dinner where he got to serve things like Ewok Sushi, Death Asado, Thai Fighter Rolls and Blue Milk and Cookies to a gathering of Star Wars geeks. Before that, he played with food—and diners’ brains—with a special April Fool’s Day dinner.

Next month, Reyes and his team are going to do it again with a Game of Thrones-themed dinner that promises to be the most fantastic and memorable meal you’ll get this side of Westeros. You’d expect nothing less from a guy who first got into cooking because he wanted to move past the idea of food as simply sustenance and elevate it to an art form.

“I wanted to challenge myself with whatever I did,” he said. “I wasn’t really looking for competition, but it’s more of a competition with myself.”

(And, just in case you’re wondering, my friends and I did escape from the room and lived to enjoy that excellent Friday night dinner whipped up by Chef AJ and his team). 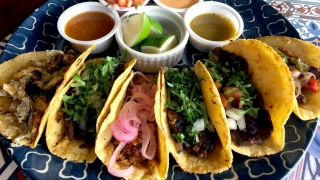