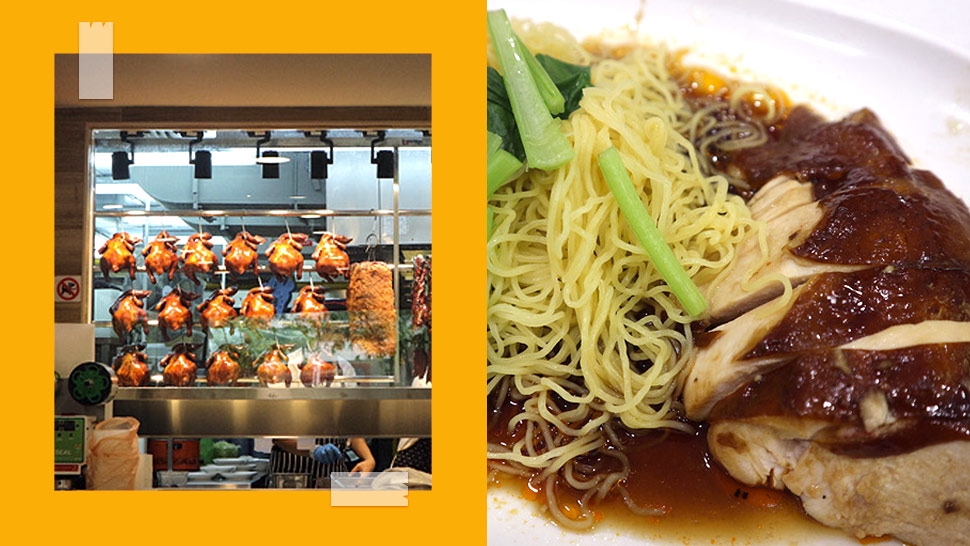 Look left. Look right. You're probably going to see a chicken joint at some point, whether it's a a fancy restaurant peddling French poulet or your favorite fast food and their golden fried chicken wings. Filipinos love chicken, but there's more to it than simply roasted or dipped in oil. Singaporean restaurant Liao Fan Hawker Chan is en route to the Philippines to show us yet another way to fall in love with these beloved fowl. 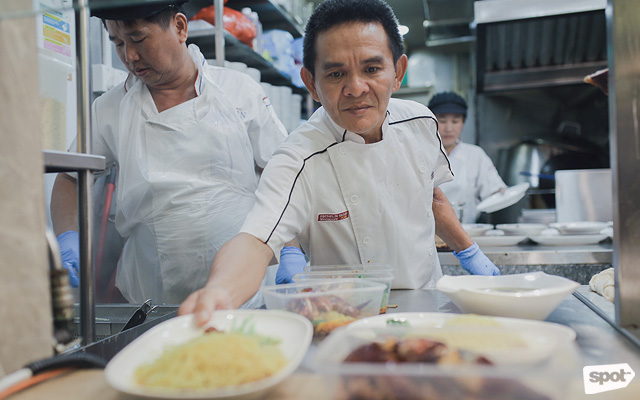 Chef Chan Hong Meng seamlessly blends in with the crowd as he makes his way through the long lines and crowded tables of his casual . It doesn't seem out-of-the-norm when you see the esteemed chef among the eatery's hungry customers, regulars and first-timers alike. After all, he is a usual sight in all of his Singapore outlets.

There are dots of sauce on his otherwise pristine chef's jacket. You can tell that he just made his way from across the street where his original stall is. As busy as this Smith Street branch is, one could only imagine the chaos happening at the sidewalk stand for lunch.

He sits down at the head of the table, with eyes scanning everyone's faces and plates, probably to see if they left any leftovers (There aren't. All that's left are bones gnawed clean and tiny morsels of pork skin). He smiles as his translator Daniel Wee stands by his side, ready to take any questions for the Mandarin-speaking chef. 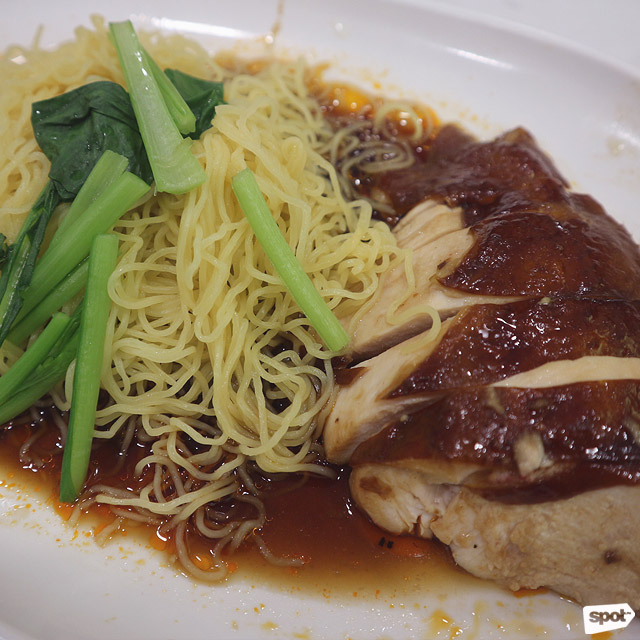 Chef Chan's parents were humble Singaporean farmers, and he learned the basics of Hong Kong cuisine from a Hong Kong chef. He, however, created his famous savory and not-so-sweet soya sauce chicken on his own. It comes with either rice or noodles, though the former seems to be a crowd famous.

In 2009, Chef Chan put up the small food stall at Chinatown Complex. A cross between a wet market and a food court, it is the biggest hawker center in Singapore. There's no air conditioning, the tables and seats are firmly screwed to the ground, and the smell of delicious cooking wafts through the humid air. The stall is called Hong Kong Soya Sauce Chicken Rice & Noodle. The name is a mouthful, but so is the freshly roasted, chopped, and seasoned chicken they make on site.

The simple stall surprised the culinary world and Chef Chan himself when it received a Michelin star in 2016 along with another Singaporean hawker stall, Hill Street Tai Hwa Pork Noodle. Chef Chan commuted to the exclusive event via train, received the star, and went home taking the MRT. 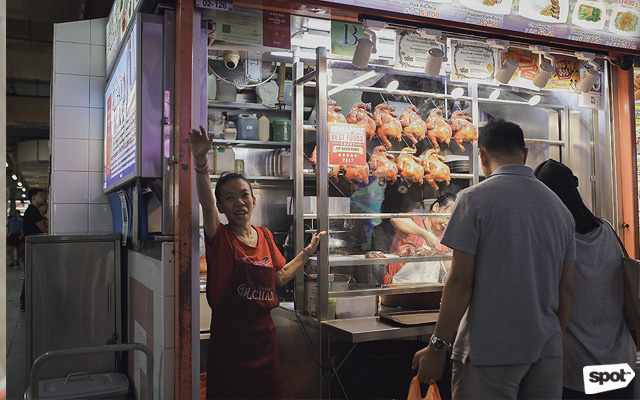 If you want to see the hawker stall for yourself, then you have to get there early. They usually close earlier than usual because they sell out quickly. When you pass by, the Michelin badge blends in with other notices: health inspection gradings, business registrations. You might not see a queue at first glance, but turn around the corner to see a long line the length of five more stalls.

A lady behind the counter tries to shorten the queue by efficiently chopping up the chicken, putting it in a takeout container, and calling for the next customer. She repeats the whole process without missing a beat. The lady is Chef Chan's wife.

Except for the fact that the line seems to grow longer each time, nothing has changed for the humble chef, who still takes public transport every day and works with his wife. His success, however, prompted him to partner with Culinary, the group behind Tim Ho Wan, to open up Liao Fan Hawker Chan, the dine-in version of the original hawker stall. While the price of the soya sauce chicken at the stall is still SG $2.50, they had to adjust the menu prices of Liao Fan Hawker Chan to pay for rent and air conditioning. But still, SG $3.80 for a Michelin-starred meal won't burn a hole through your wallet. 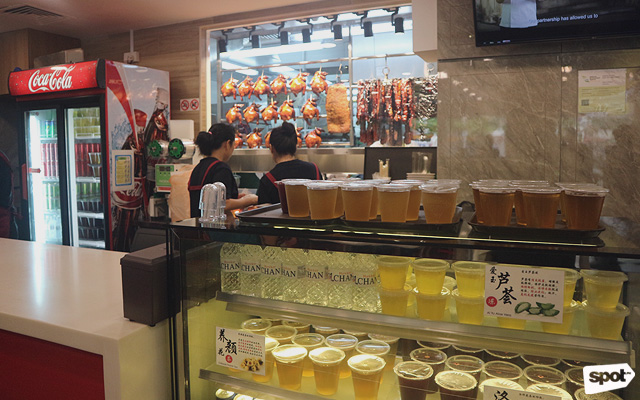 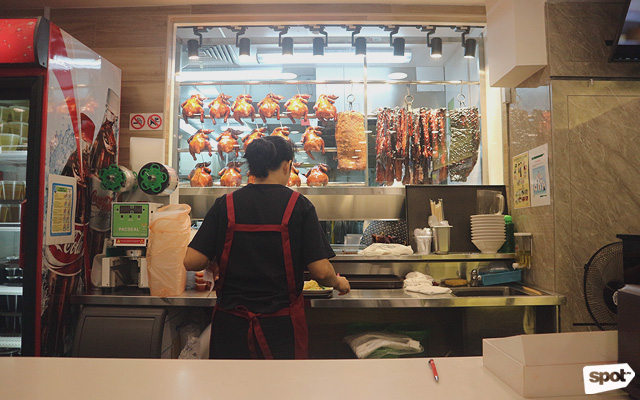 Liao Fan Hawker Chan has since opened two other outlets in Singapore: one in Tai Seng and the other at Toa Payoh. What's more impressive, though, is how it's slowly making its way around the world. Wee shares that the chef actually just came from Thailand. He just opened a branch in Ayutthaya.

The restaurant now has two branches in Thailand and two in Indonesia. They're hoping to open one in Australia in October, one in China early 2018, and another in Manila by December 2017. When asked why they chose to set up shop in the Philippines, the chef's answer was short but accurate: "I know Filipinos love chicken."

With so many branches popping up not just in Singapore but around the world, one has to wonder how they maintain the quality of the food. A well-trained chef is assigned in every outlet. Roasting happens on-site, but the main sauce comes from the central kitchen, explains Chef Chan. "The sauce actually is the most important part to maintain the quality."

The condiment is so vital to the whole process that the chef makes them in the original hawker stall himself every single day. "Now, because there are more branches, I run around to make sure that the quality is there," Chef Chan says. But what happens when the branches are no longer just a street away from each other? 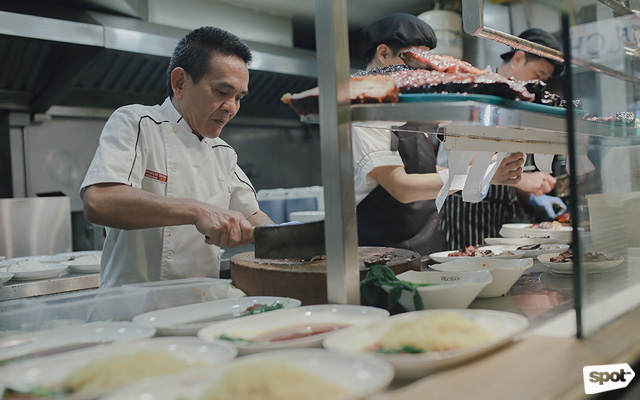 The chef is still hands-on with everything that goes on in the international branches. Chef Chan himself trains the chef for each branch to make sure they know everything there is to know about cooking the perfect soya sauce chicken.

"Even the ones abroad, he trains them. He will come to the outlet to train them himself," Wee says. This strategy is also what they will be doing when Liao Fan Hawker Chan opens its doors in Manila. "The franchiser in Manila will actually hire the chef, an experienced chef and then there will be training. The [chosen] chef will come to Singapore to train for two weeks," explains Wee. "So, Chef Chan will personally give guidance from there."

While the Chef is sticking to his tried-and-tested recipe for chicken, he also knows Pinoys need for something fried. "The choices will be the same but the chef heard that Filipinos like to eat more of fried chicken," says Wee. So, there might just be a couple of new especially for the Philippine market. "Basically, it's still the same but maybe as time goes by, there'll be new menu [options] coming up." 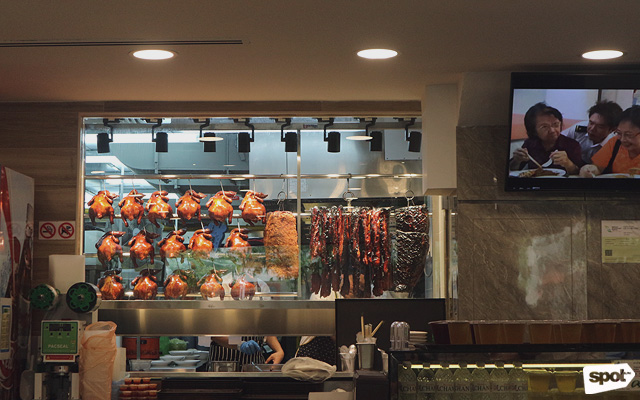 Chef Chan can already tell that his pork belly will also be a hit in the Philippines. He's also looking into whether or not he'll add dessert options.

Just like the opening of all his other branches, Chef Chan will be heading to Manila when Liao Fan Hawker Chan opens its doors. With his humble attitude and hands-on approach, there's no doubt that Filipinos will be more than welcoming.

View More Articles About:
food and drink
restaurants
More Videos You Can Watch 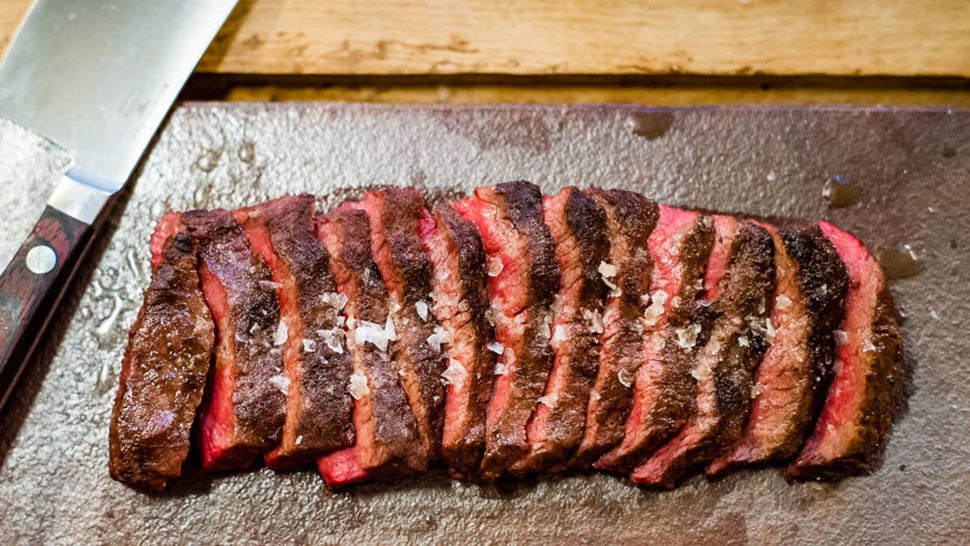 The One Thing Everyone Gets Wrong With Steak 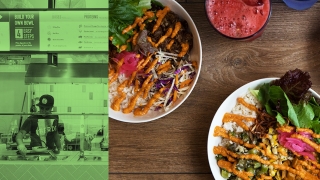