This Humble Chef Will Set Makati's Dining Scene on Fire 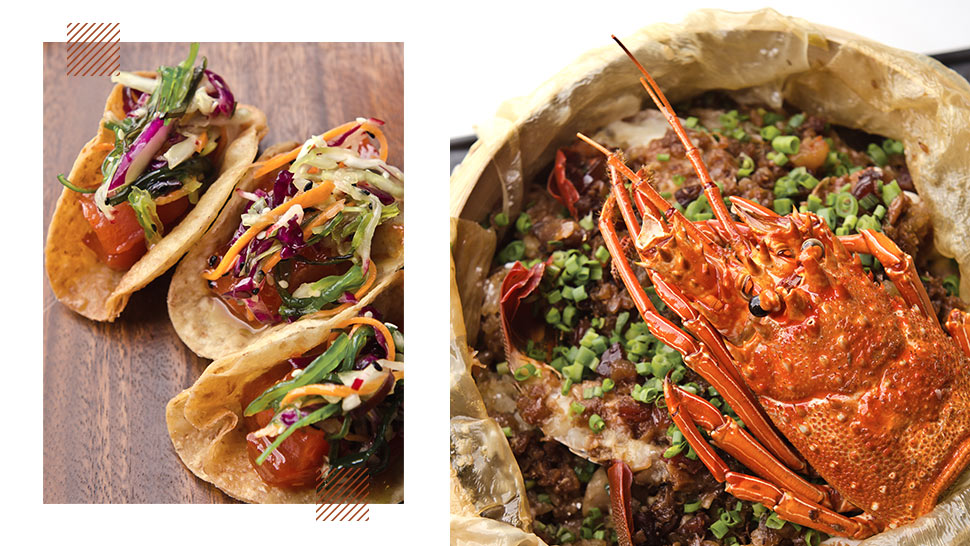 Fiery kitchens and tough working situations harden chefs to become autocrats in their domains, equipped with short tempers and ridiculous expectations. Perfection is demanded and when this is not met by an often well-meaning but inexperienced minion, one can predict chopping boards and frying pans to fly (and not in that cool Chef's Table way). The minions who last, in turn, develop a tough shell, an even more determined attitude, rise up the ranks, and the cycle begins all over again.

Luis Chikiamco, however, seems to be one of the few chefs who somehow ended up on the opposite end of the spectrum. The quiet and unassuming executive chef of Discovery Primea and its fine dining signature Flame likes to keep things democratic. “We have very experienced cooks in all our outlets,” Chikiamco says. “I learn a lot from them, and our research and development is always a collaboration.”

His lack of ego is remarkable in an industry where a celebrity in the kitchen has become a draw. Chikiamco has always been the first one to admit when he is not succeeding at something. After his undergraduate studies in pre-med at De La Salle Dasmariñas, he admitted to his father that the profession was not for him. “My dad was actually relieved when I told him that,” Chikimaco chuckles. “He (Dad) told me that he already noticed it was not a good fit.” 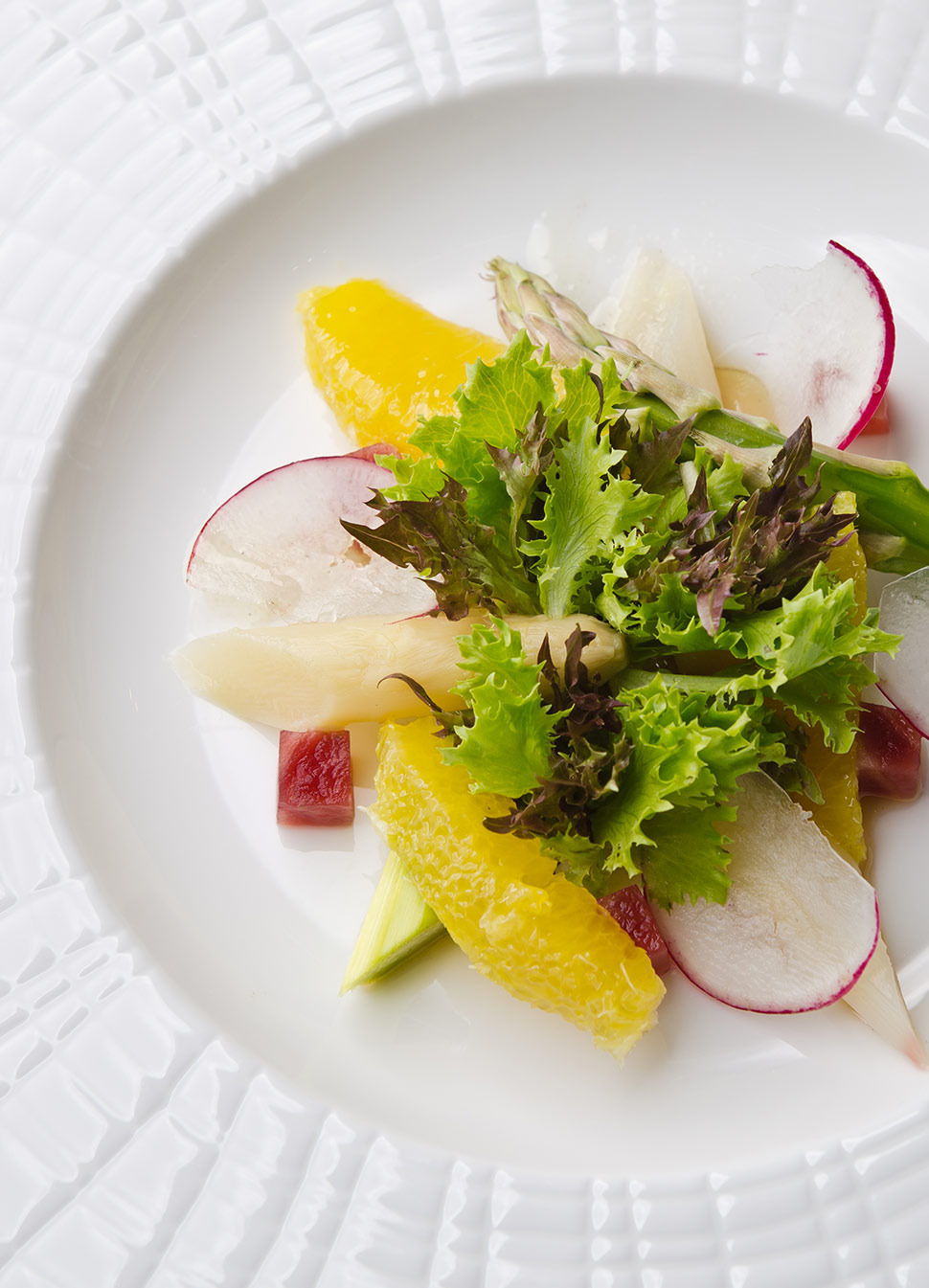 The younger Chikiamco told his father he wanted to try culinary school, and the wise dad was cautiously supportive. “He said he will take care of my culinary studies abroad, no problem,” Chikiamco shared, “but he wanted me to do an internship first. He knows that me liking cooking at home is completely different from having to work in a restaurant kitchen.” His internship under Basque chef Javi Lekunberri at La Tienda back in 2001 earned him the experience he needed, and ultimately, his father’s support. “My dad was so supportive that he even bought a book of the world’s best culinary schools so he can help me choose the right one,” Chikiamco recalls. 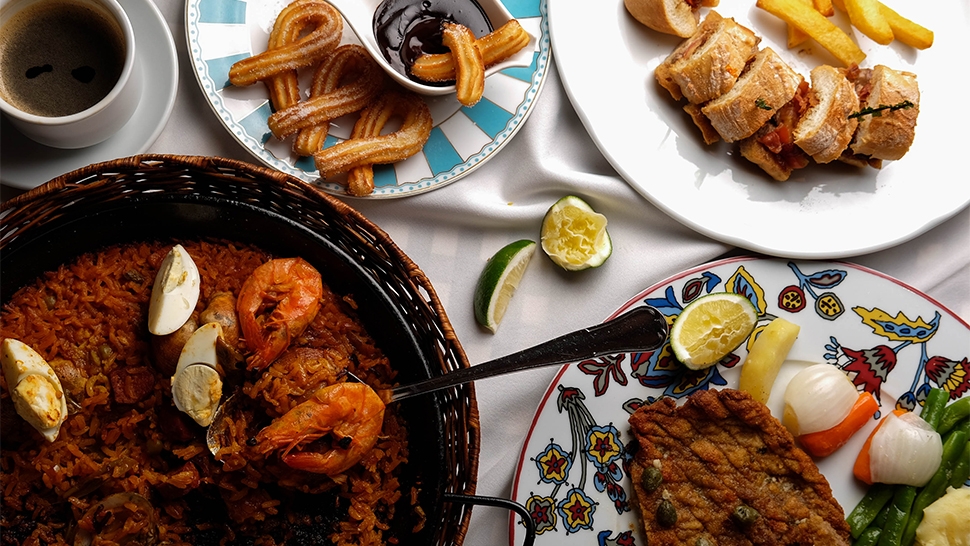 This Spanish Restaurant Justifies That Long, Out-of-Office Lunch You Didn’t Tell Your Boss About

His father picked Institut Paul Bocuse in Lyon, France where Chikiamco learned classical cooking techniques from some of the best instructors in the word. There, he not only learned the essentials but also the important values to make him excel in the job. When he returned to Manila, he stodged for one of his mentors, Chef Cyrille Soenen, at legendary Prince Albert in the now-defunct Hotel Intercontinental Manila. He also trained with Chef David Pardo de Ayala at the now-defunct Soleil in Greenbelt 3.

“We were one of the original tenants there, along with [Chef Margarita] Fores’ Pepato and [Chef Fernando] Aracama’s Uva,” Chikiamco reminisces. Eventually, Chef David gave the intern a job in Soleil, and Chef Cyrille continued to become a permanent fixture throughout his career. In between, Chikiamco worked once again with Soenen in Crown Plaza hotel and in some Holiday Inn outlets. He was briefly involved with Terry’s Bistro as their corporate chef handling the number of branches throughout metro Manila. But, in 2010, he was back with Pardo de Ayala as his executive sous chef in Discovery Suites.

“I actually turned down (the executive chef position at) Discovery Primea when it was first offered to me,” Chikiamco confesses. “I suppose I was doubting myself. I was intimidated by the Makati scene—the executive chefs here are mostly foreigners with lots of experience. I will be catering to more prestigious clients, more discerning tastes. I was not sure if I was ready for that.” The early years of Flame reflected that hesitation—the chef’s continental fare and pricey meats grilled in equally expensive Josper grills were well-executed but barely created a stir. There was a steady clientele from the hotel, sure, but if the Makati food scene liked Flame, they were definitely quiet about it. 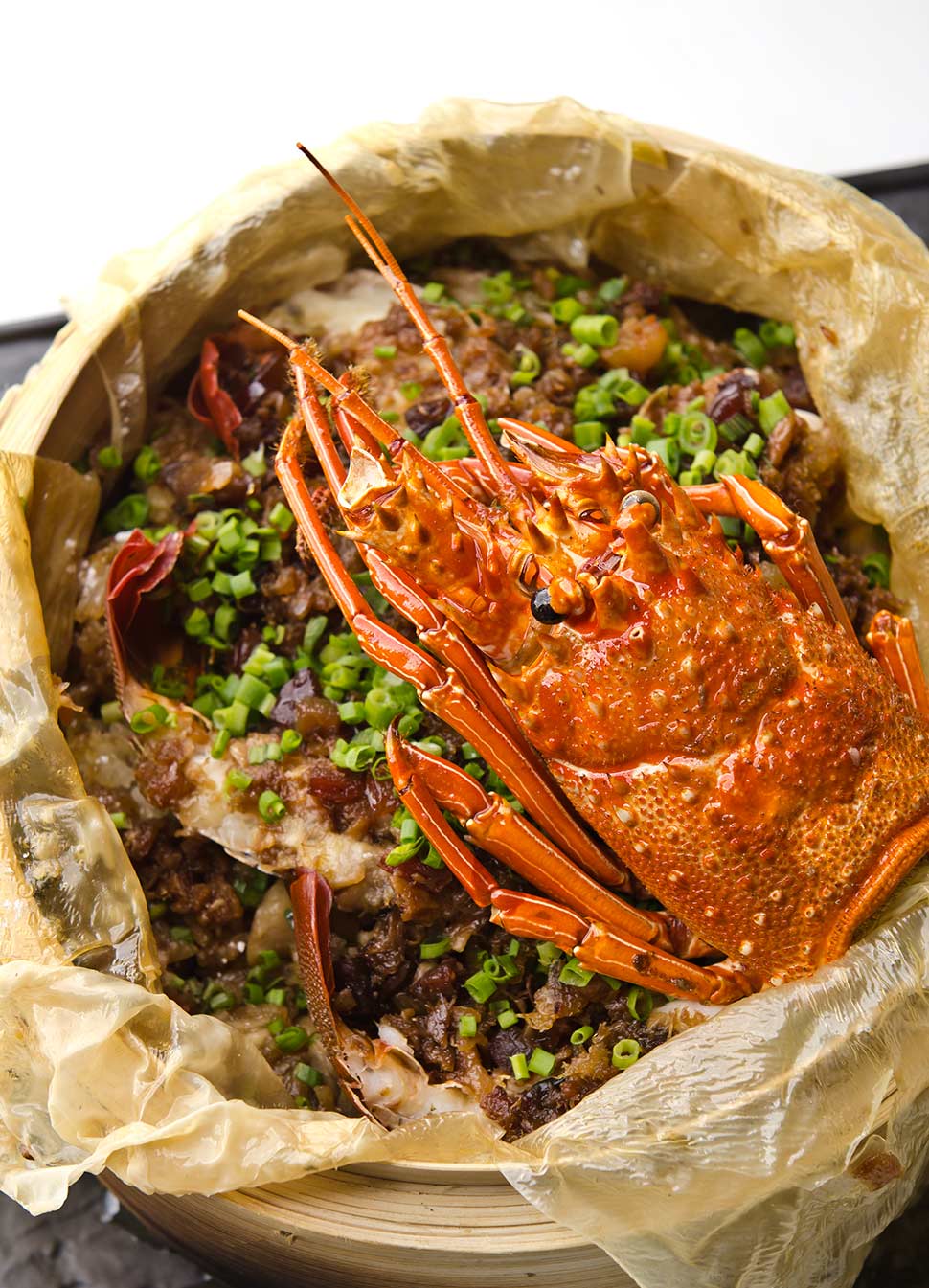 But, now, people are suddenly talking about the stunning, fancy-yet-comforting meals from Chikiamco. There’s luxurious lobster in the “take-out” fried rice. The baked alaska—expertly done by pastry chef Anne Garcia—oozes out liquid white chocolate and is the best we have had in years. 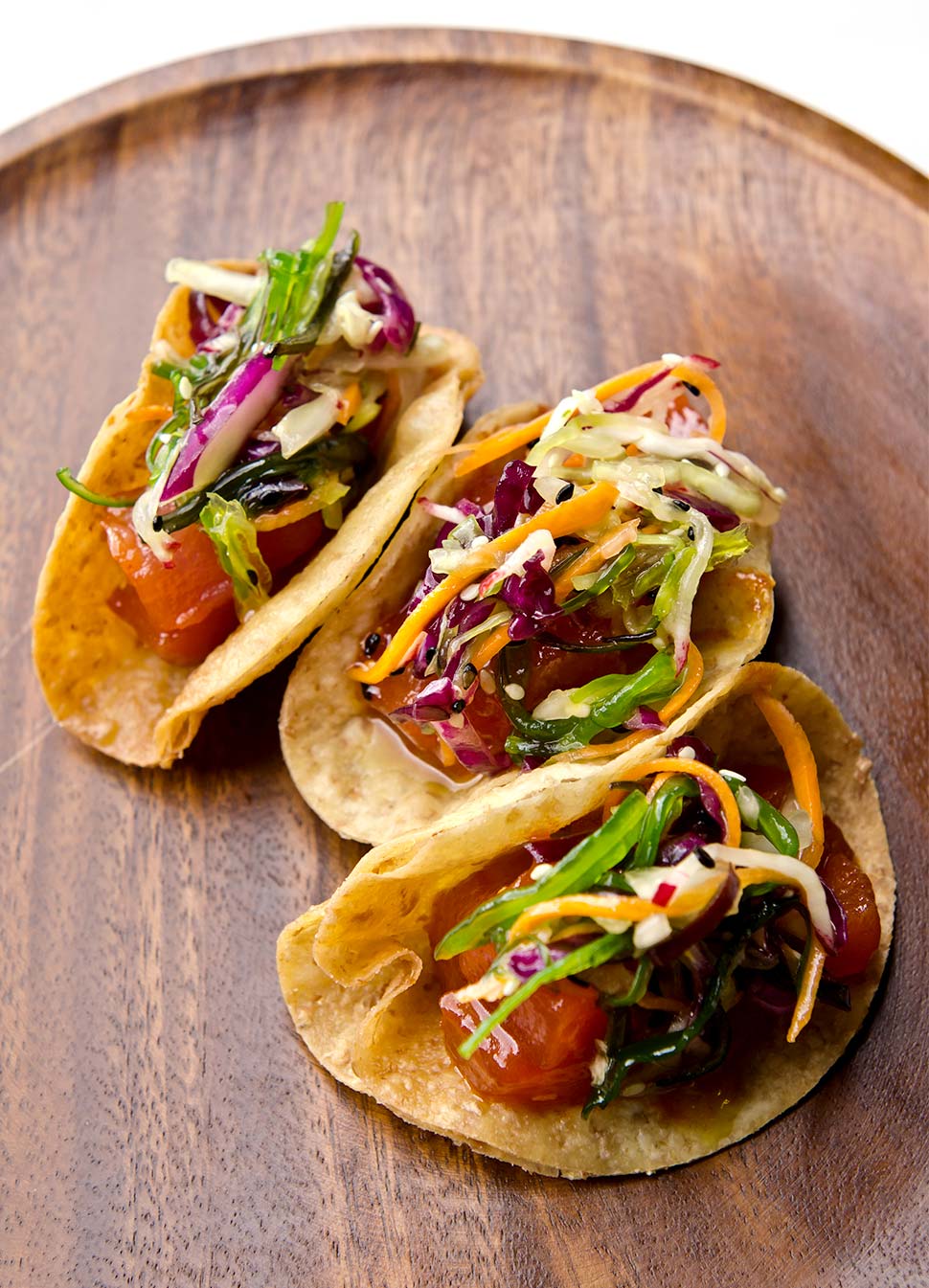 “I cook food I like to eat now,” Chikiamco admitted, as opposed to what was expected of someone with his training. It is a menu that anybody with good memories of food would like. The yukhoe tacos, for instance—bright, raw tuna lacquered in a light gojuchang sauce and topped with seaweed and crisp pickled vegetables—are dangerously tasty and crave-worthy, the perfect introduction to Chikiamco’s new repertoire. 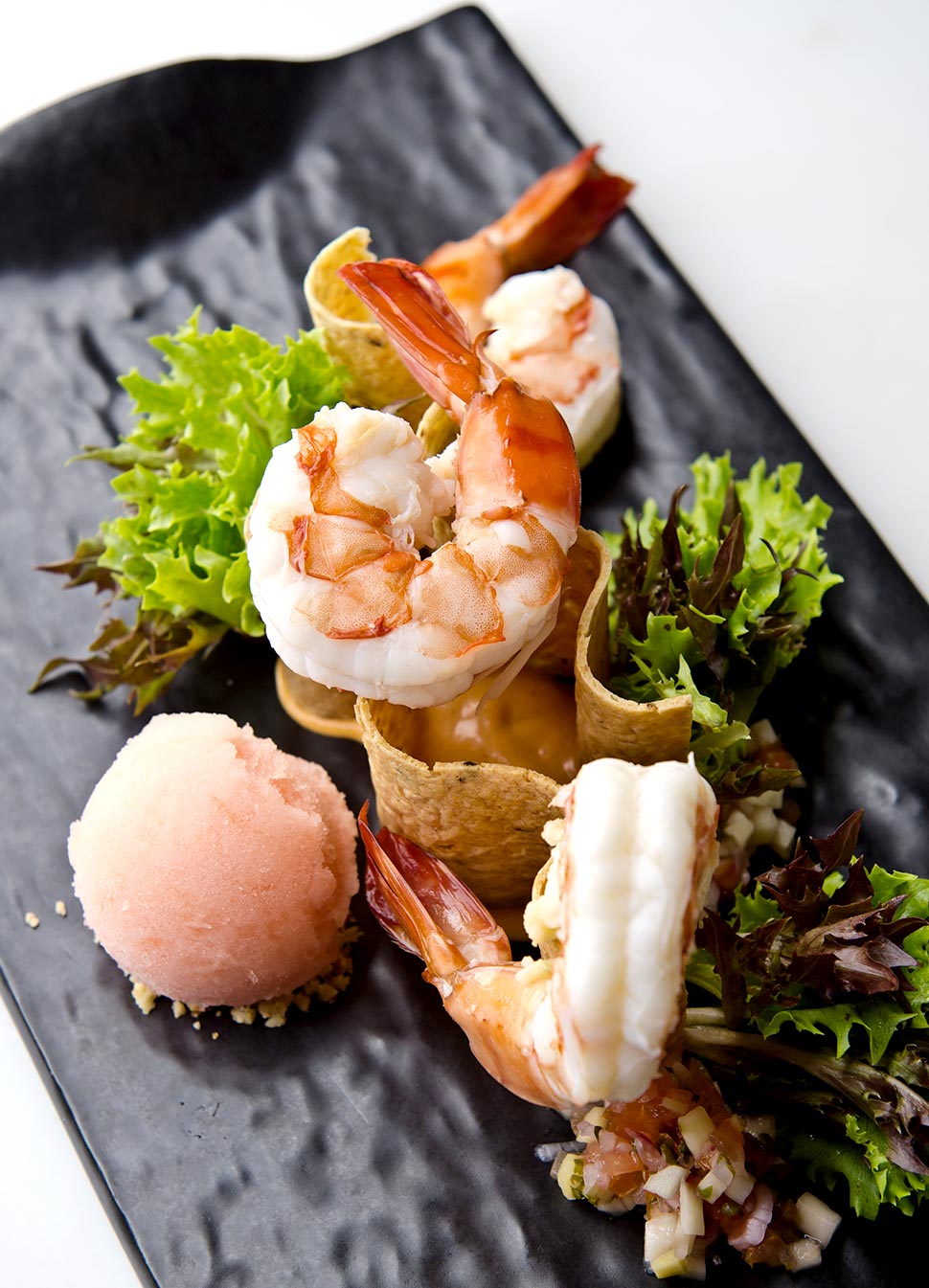 The shrimp salad is both Thai pomelo salad and shrimp cocktail—Asian exotic yet a familiar WASP-y staple. Chikiamco likes to play with chips, and not the casino kind. “This is reconstructed crushed papadum,” he points out, referring to the crisp wave providing texture to an already complex salad. Local corn chip snack Chippy was an option but was deemed too peppery. The crispy Indian wafer is perfect with its fragrance and flavor of cilantro and cardamom. 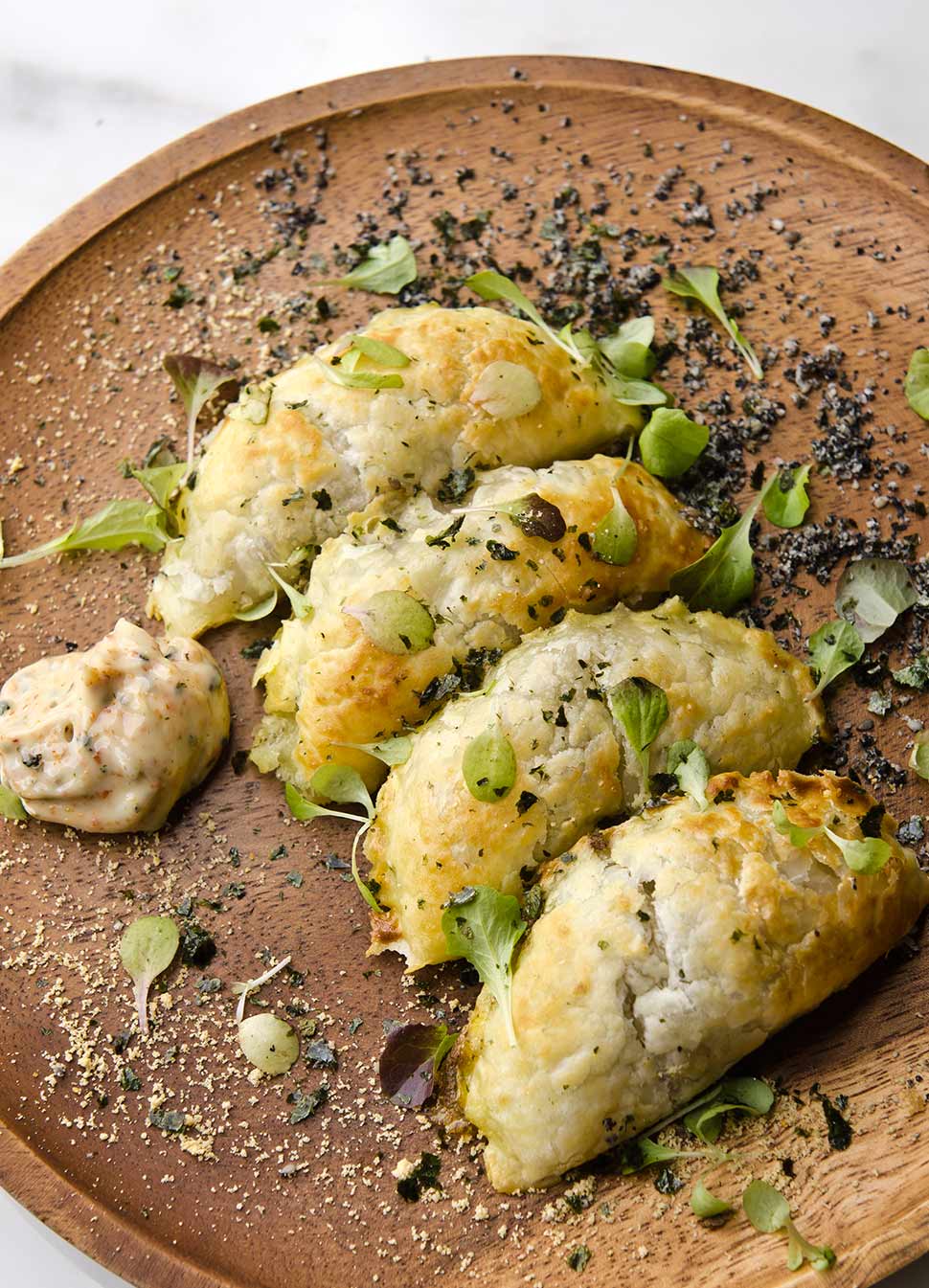 A flaky beef empanada is an unconventional meat course, stuffed with a milk Japanese beef curry with tender shredded meat. On the side is a mayo dip with togarashi and nori, which might seem unnecessary at first but eventually proved to be a must.

Comforting and familiar seems to be the new norm at Flame, therefore family-style servings are not an oddity in the fine dining setting. After all, “some of my best memories are eating with my family,” the chef imparts. “His version of machang—steamed sticky rice usually served as dim sum in Chinese tea houses—is large enough to serve 4 to 5. Chikiamco elevates the humble dish with sweet crabmeat and lobster tails.

He confessed that the new menu options are a collaborative effort with his staff who has had vast experience in a Cantonese kitchen, proof not only of Chikiamco’s humility but also the strength of his team. True confidence, after all, is not self-absorbed and arrogant. It’s about a complete acceptance of both strengths and weaknesses. Chikiamco has finally grown into his role as the top guy, and now that he knows exactly what he wants and what he can do, he’s ready to show what he’s got. 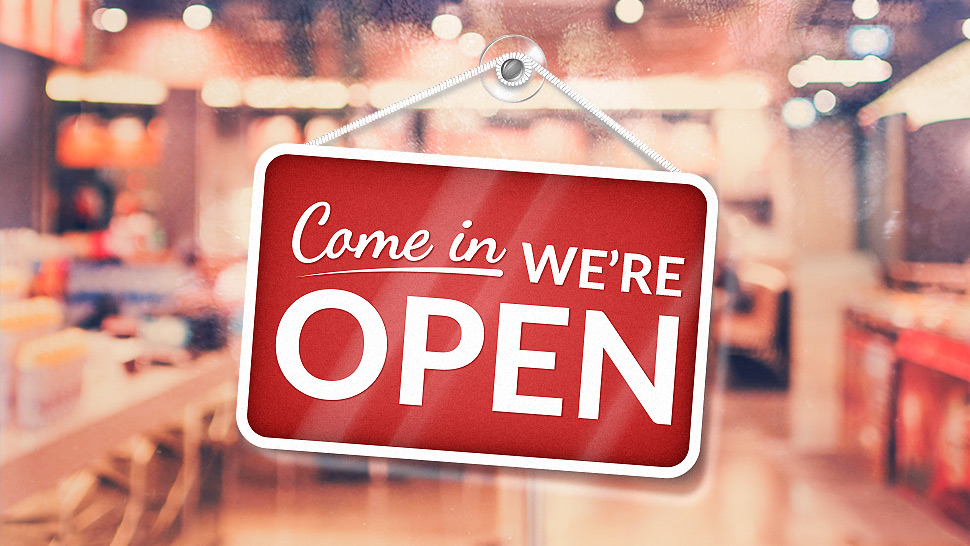 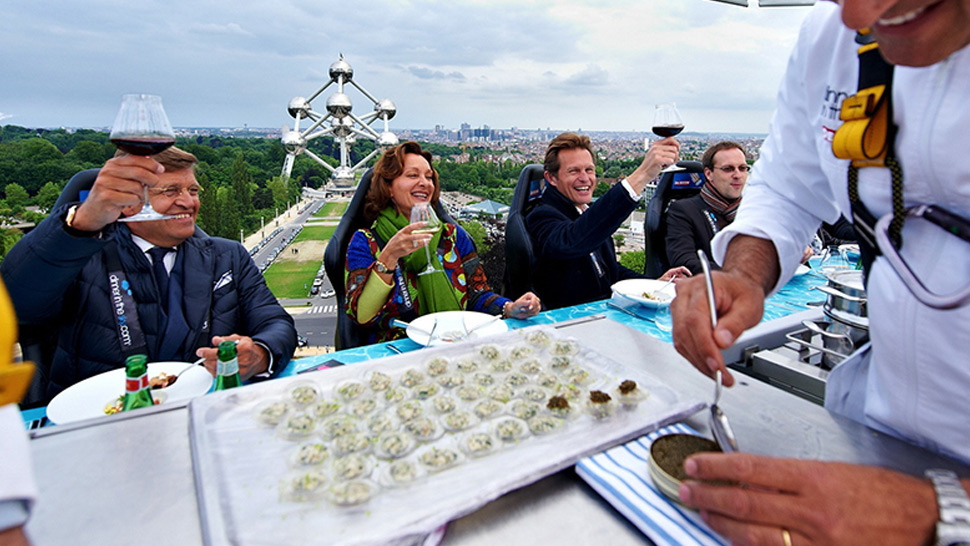