There's been nothing but confusion regarding this year's edition of Madrid Fusion Manila. One day it was full steam ahead, the next day it was "no more," then another day it was a "possibility."

In a statement dated April 4, 2018, Tourism and Promotions Board chief operating officer Cesar Montano announced that his team is "assessing the possibility of staging the fourth edition of Madrid Fusion Manila later this year." The notice came three days after a newspaper columnist quoted the former actor saying that the international congress was canceled.

The Tourism and Promotions Board is tasked with organizing Madrid Fusion Manila, which was contracted to be held once a year from 2015 to 2019.

Esquire, however, got hold of a letter from the TPB confirming that Madrid Fusion Manila will actually push through this year. The letter, dated April 16, 2018 and addressed to Department of Agriculture Undersecretary Berna Romulo-Puyat, says: "As agreed with Foro de Debate, the franchise owner and Spanish event organizer of Madrid Fusion, MFM will push through on 27-29 September 2018 (Thursday to Saturday)." 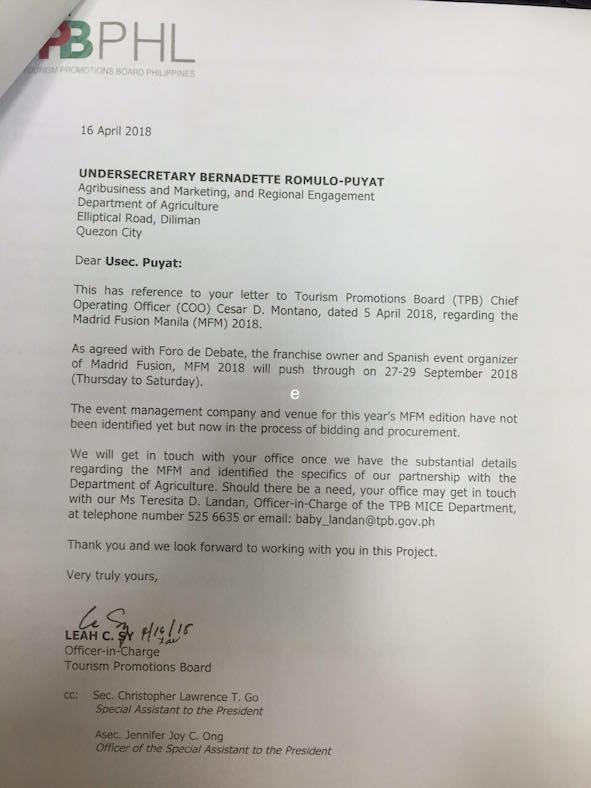 The Department of Agriculture is one of the most important partners of Madrid Fusion Manila, in charge of the popular regional lunches where local chefs create offerings based on the theme, tasting tunnels, and seminars. They also have the biggest booth in the trade fair.

The letter, however, is signed by Leah C. Sy, officer-in-charge of TPB, and not Montano. Still, it's CCed to representatives from Malacañang.

In less than a month, Madrid Fusion Manila has gone from on to off to on again. We just hope it's final this time. 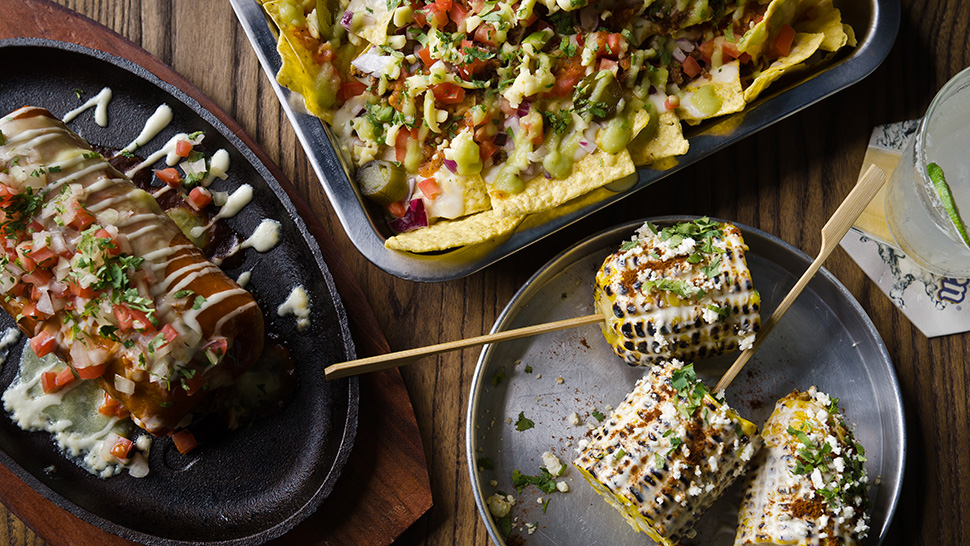 Can You Take the Heat in This Poblacion Taqueria? 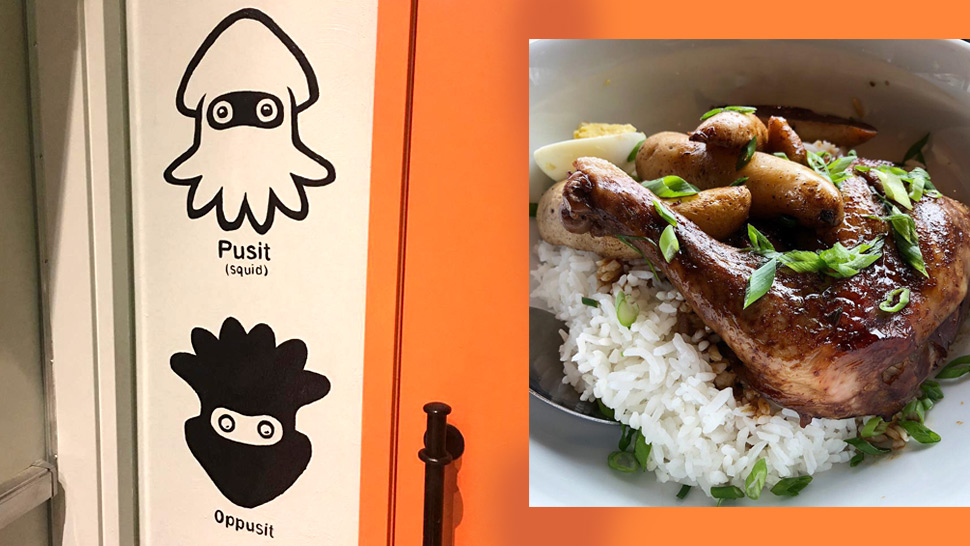