What Goes on Inside Manila's Most Exclusive Club?

An address so exclusive, even Waze doesn't know how to get there. 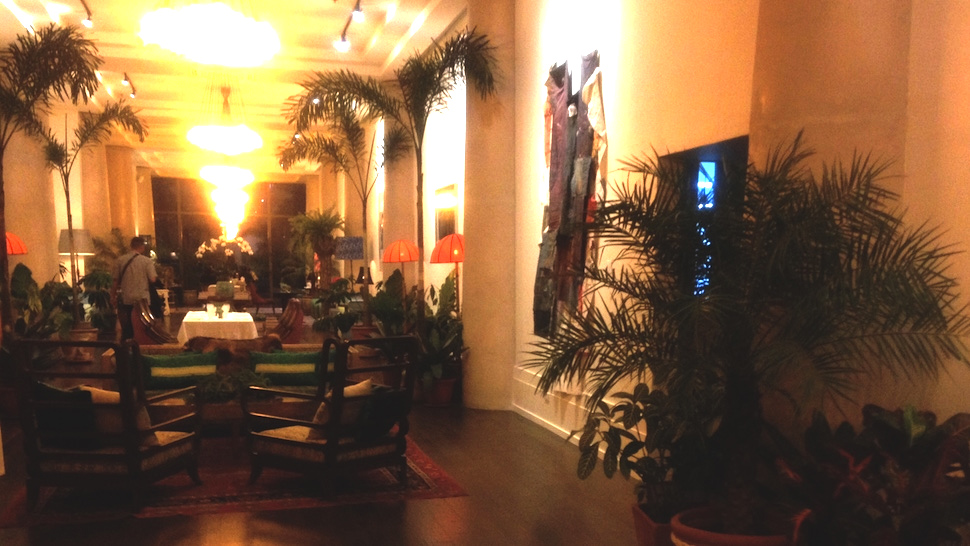 You can't just show up. You need to be invited by a member. And becoming a member costs somewhere in the six-figure range. This is the only way a civilian gets into the ultra-exclusive halls of Manila House.

My invitation came from an old friend from the all-girls private school I used to attend. The reason was so we could celebrate her birthday in advance (she has some business to attend to in New York). As chic fashion designer of choice and all-around cool chick, she was afforded an invitation to become a member along with the elite applicants which the board deems worthy. Bucketloads of money are not your way in—in fact, the membership fee is a drop in the bucket by filthy-rich standards. The criteria? For you to actively make a contribution, socially or culturally. Essentially, you have to be a person the It Crowd wants to be around.

My friend exclaims, "Let's go!" Then, she follows it up with an almost comical line: "There's NOBODY there!" In a city where everybody knows everybody, it seems that privacy is harder to come by than an alligator Birkin. "To be seen" is the chosen activity of moneyed revelers in superclubs, wishing to flaunt their wealth with champagne showers and an arsenal of scantily clad Eastern-European models. The truly genteel chooses to avoid the limelight (as well as the tawdry blind items of celebrity bloggers and society arbiters) by partying it up in the privacy of their heavily guarded homes behind giant acacias and Ed Calma-designed doors. Or, perhaps, they jet off to colder climates where they party irresponsibly, paint the bathroom walls of the suite at the Four Seasons with vomit, and nobody could care less. 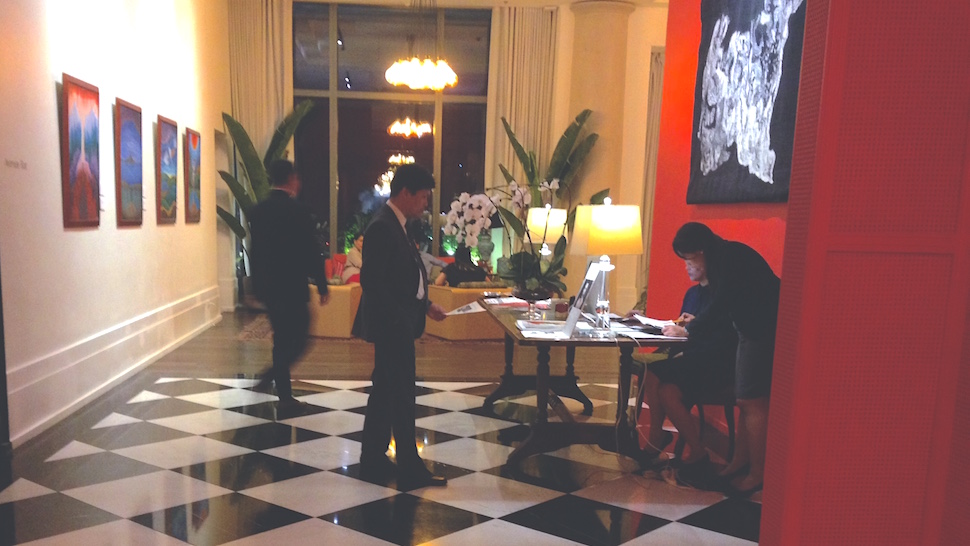 Privacy and hopefully, discretion, are what Manila House offers. A welcome reprieve from the prying, judging eyes of the public where the wealthy and successful can be themselves amongst their own. If you're whizzing by the 5th Avenue entrance, you'd never know it was there. No signage, not even a monogram. The only hint are the idle, chauffeured luxury cars awaiting their owners. Inside, smiling receptionists usher you towards the elevator, taking you directly to the eighth floor. Designed by Gart Voortjans, Manila House encompasses more than 5,000 square meters of prime NetPark property, converted into a sprawling space which has been tastefully decorated with fun tapestries and in an ornate tropical-colonial style.

The club houses several dining establishments and bars, of which only a handful are currently operational. We dined at the Bonifacio Lounge, its lights appropriately dimmed for dinner service. The all-day dining menu consists of a selection of continental and local dishes—fare you would normally find in your country club, but noticeably sexed up to match art. My ikura and caviar pasta with cream sauce was simple indulgence, generous enough to share with some of the other high-school homies that evening. The U.S. Angus rib eye—sous vide, and then grilled—was buttery and flavorful. We were also allowed to order from the in-house Japanese restaurant, which featured a rather extensive selection of traditional and modern Nippon fare. I rightfully played it safe with the shrimp tempura served alongside some matcha salt. That, and the uni fried rice, were satisfying and wholesome.

A friendly server pushed around a cart laden with a selection of gins, from your standard Tanqueray to the small-batch Monkey 47, and offered to mix guests some G&Ts. Great for aperitifs, even better outside in their al fresco bar where we enjoyed a view of BGC available only to a select few. 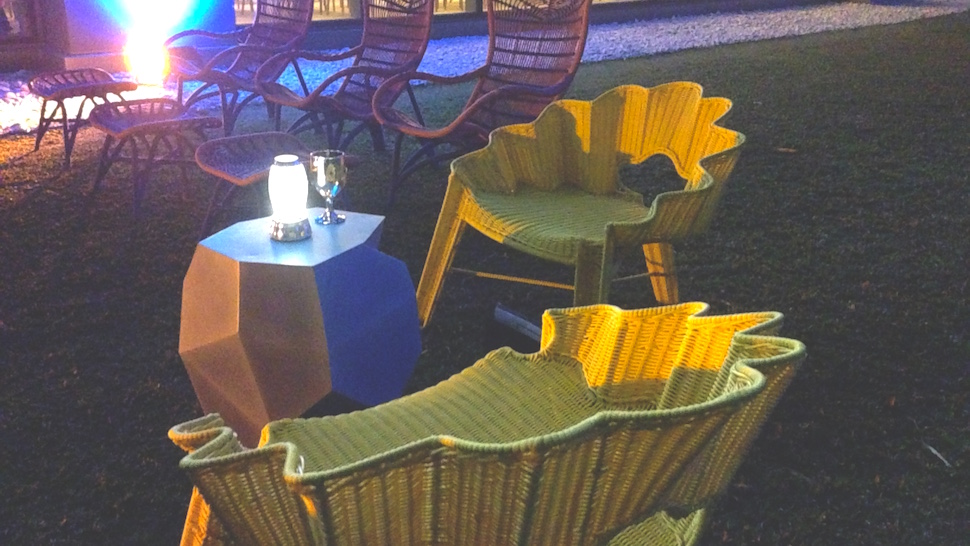 Perhaps it was because I was with friends whom I have known since childhood, but there was something oddly comforting about being there. In this tastefully gilded environment the social elite have built for themselves, with their defenses down and safely among their peers, members seem to happily check their egos at the door. Nobody was pushing their weight around, whether at the cheese and sushi buffet where guests patiently teetered around the spread and waited their turn; or at the bar, wherein, despite the tipsy banter over the modulated Latin house, there were no obvious displays of douchebaggery. Everyone seemed happy to just be there, happily assuming that so was everybody else.

And, yes, there were issues with the service, as in any newly opened establishment that is still growing into its shoes. But, we were too busy catching up with each other's lives to care, and as good guests we did not dare make a fuss. A lady in our group—she now runs the family-owned hotel—simply pulled the server aside and whispered her "suggestions" on how they could avoid ordering mishaps. Truly, that was the vibe throughout the evening, just a relaxed, convivial atmosphere; nobody putting up airs, everybody welcoming and accepting even towards unfamiliar non-members.

This was how it was in Manila House: Everyone plays nice because once you're in, you don't ever want to be left out. 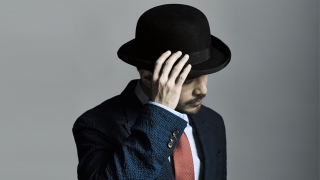 Atom Araullo Wants You to Try The Fermented Shark 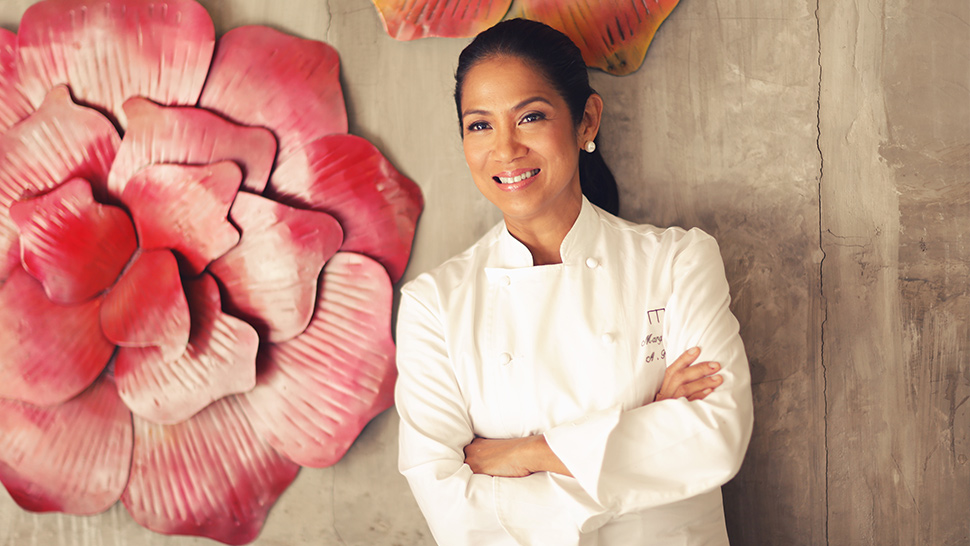 Reminiscing with Margarita Forés
All Photos
Comments
View As List