Manila, You Haven't Tried Donuts This Deadly (And Delicious) Before 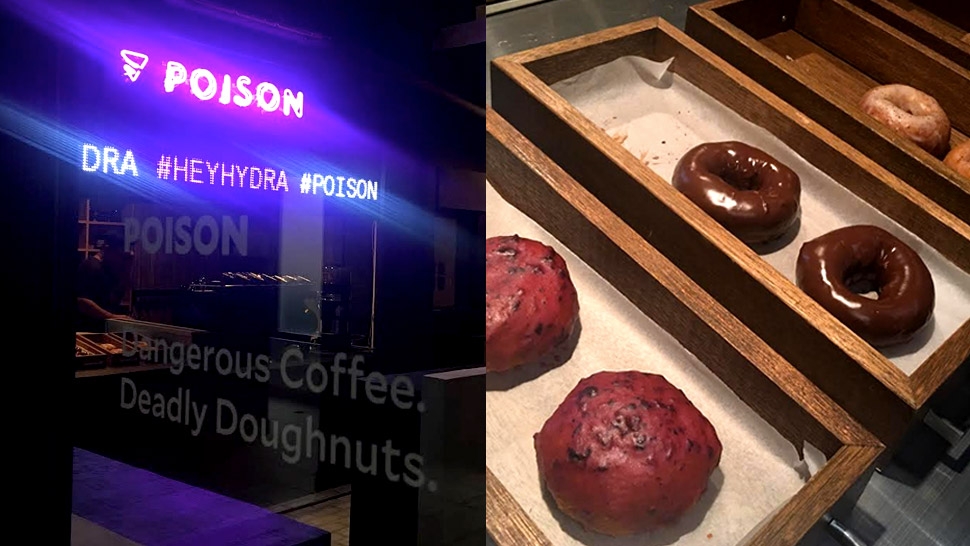 For some reason, coffee and donuts have long been parodied as the essential snack of lazy policemen, but it's a combination that even those outside the force can get behind—more so when people learn that Manila's top pastry chefs Miko Aspiras and Kristine Lotilla (the same folks behind Scout's Honor and Le Petit Souffle) have opened their very own donut shop.

Those who are familiar with Aspiras' work would be right to expect intricate, edible toroids that blur the line between art and food, but there is nothing so special or strange about the menu. There's nothing that will make you jump back, do a Yael, awed by how the pair managed to come up with such a novel way to cook donuts or develop this kooky new flavor.

Poison—that's the name—is glaringly simple. There are only seven flavors (a far cry from the dozens they planned when they opened Freezer Burn in 2016) and they're laid out on wooden trays on the counter. There are no shards of chocolate sticking out of the dough, no life-like sugar flowers planted in the middle. Aspiras purposely scaled back, explaining "When customers see something over-the-top, they usually just come once to try and they never return." Though Aspiras and Lotilla never ever compromised their flavor profiles for the Instagram factor, this time, their craftsmanship is focused inside, deep into the taste and technique. (In fact, taking photos is hard in the place's dark Ghost in the Shell-styled interiors),

The restaurant isn't open to the public yet but Aspiras lowers his voice when he says this, as if he's afraid that he might be overheard by "competitors": "Other donut places, they really don't do it right, with the ingredients and the dough. They're usually just mixes and they don't develop into proper donuts." 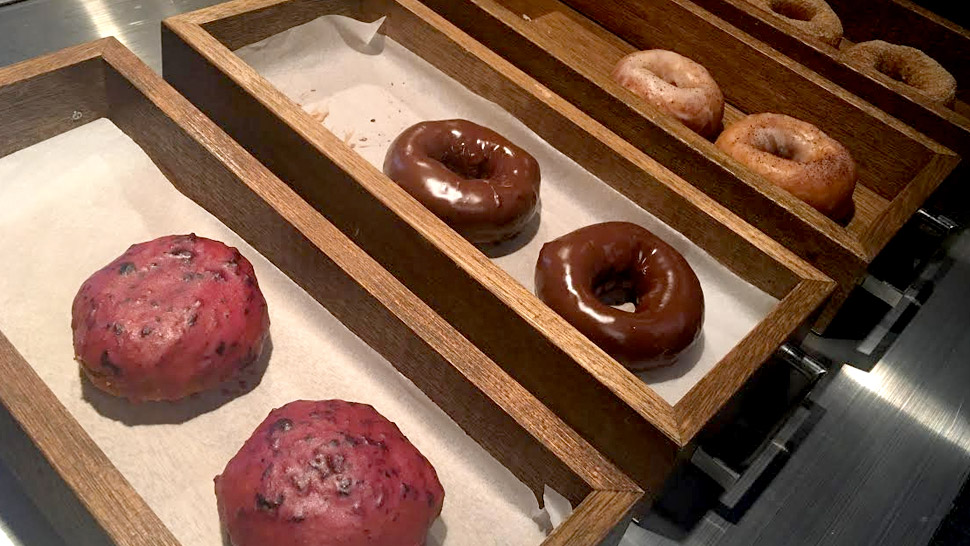 At Poison, however, they use a combination of sourdough and brioche, marrying the former's airiness of sourdough and the chewiness of the latter. It might seem like an extravagant step (the sourdough alone takes at least four days to make), but the heavier dough works as a better canvas against Poison's chosen toppings like Valrhona chocolate or blueberry. "Other donuts are extra sweet because the dough is all air and it sinks, so you just taste all the sugar," explains Aspiras. Theirs, even when you order the seemingly saccharine brown sugar custard brulee, are just right, especially when paired with Yardstick coffee on the side. 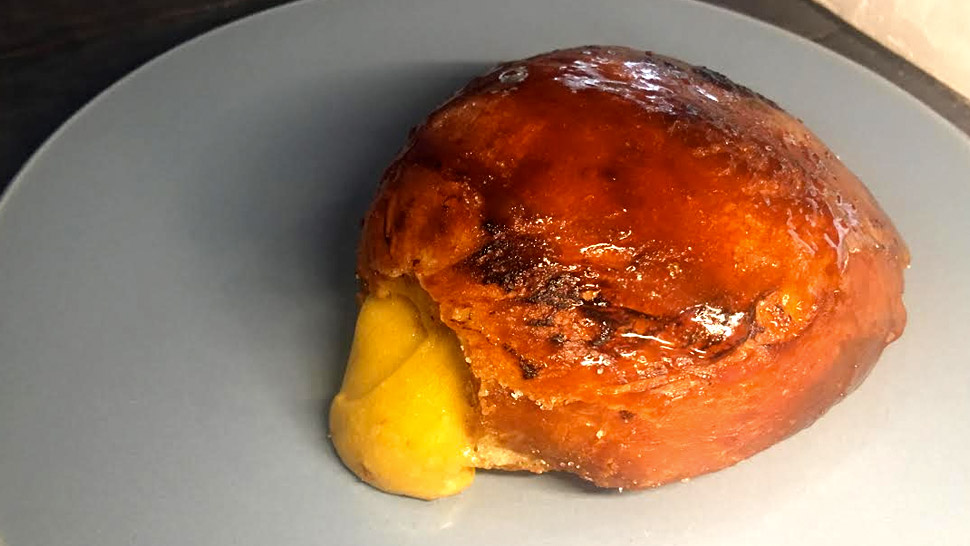 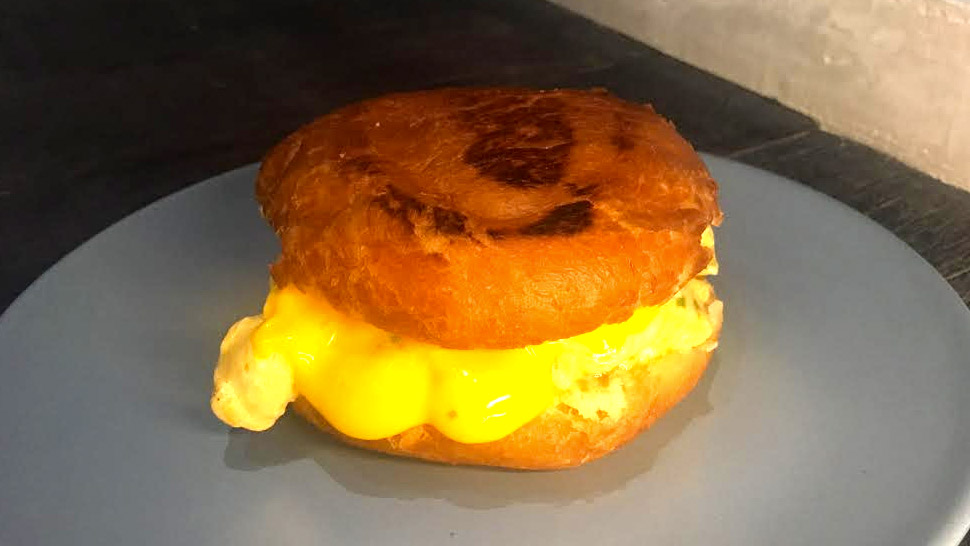 An egg sandwich that's still in the works. It uses the same dough as the donuts, which proves just how well it can lend itself to different flavors.

"What we have here are all very familiar. We still switched things up, like instead of the more common cinnamon, we used garam masala, but you'll definitely find comfort in them," he adds. "Just all honest ingredients and all properly made."

When Aspiras first hinted that he was opening a donut shop named Poison, there were speculations about the name choice. Early this year, one overthinking foodie even mentioned it might have something to do with the French word "poisson" never mind that that actually means "fish."

I ask Aspiras this very question. He and Lotilla laugh, passing the responsibility of answering between each other, and answering haltingly as if the explanation was so complicated they didn't know how to begin. They ask artist Dan Matutina for help. Matutina, who helped with the venue's concept, easily replies, " Well, because our company name is Hydra. And Hydra has poison." As simple as that.

Since the wild Cronut fad in 2013, donuts haven't really found a way back into the spotlight, but that's exactly what Aspiras and Lotilla are going for—nothing complicated, just good food that you'll never tire of eating. 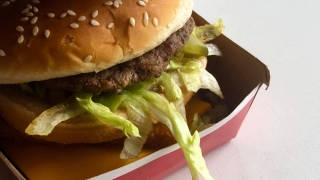 McDonald's Is Hiding 4 New Burgers on Their Menu 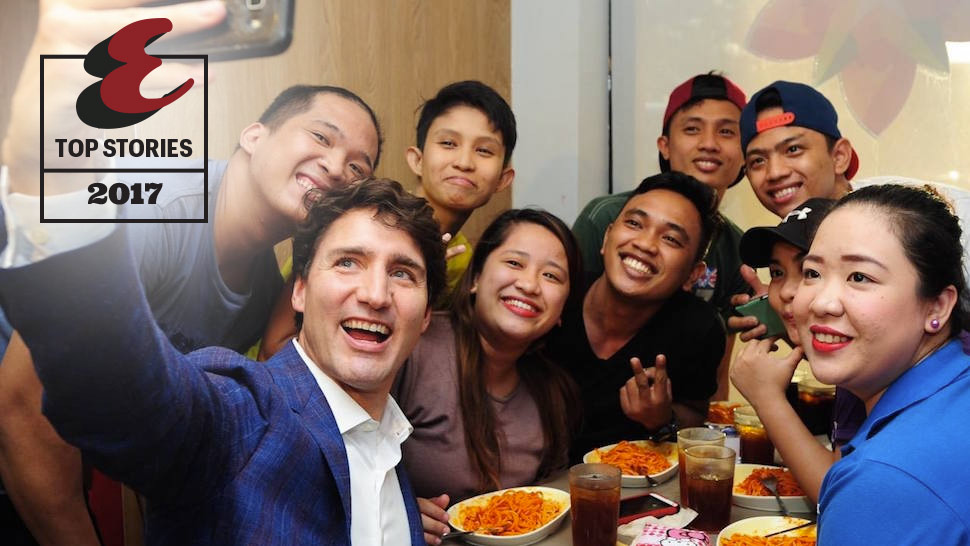 How Did Justin Trudeau Manage to End Up in Jollibee?
All Photos
Comments
View As List