The "Maestros Cortadores de Jamon" get paid to carve succulent Spanish jamon right in front of you.

Michael Lopez was 17 years old in 1993 when he first went to Spain to join his parents, who had migrated there in the 1980s. He says it was hard to find work, especially since he didn’t speak the language at the time.

Eventually he found a job at a restaurant as a waiter. One day, Pedro Seco, the outlet’s maestro cortador—the guy responsible for cutting and slicing the succulent Spanish jamon­—noticed that Lopez had a keen interest in learning the subtle art of ham carving and took him under his wing. Lopez became an apprentice and eventually became the restaurant’s “second,” taking over from the Seco during the latter’s days off. 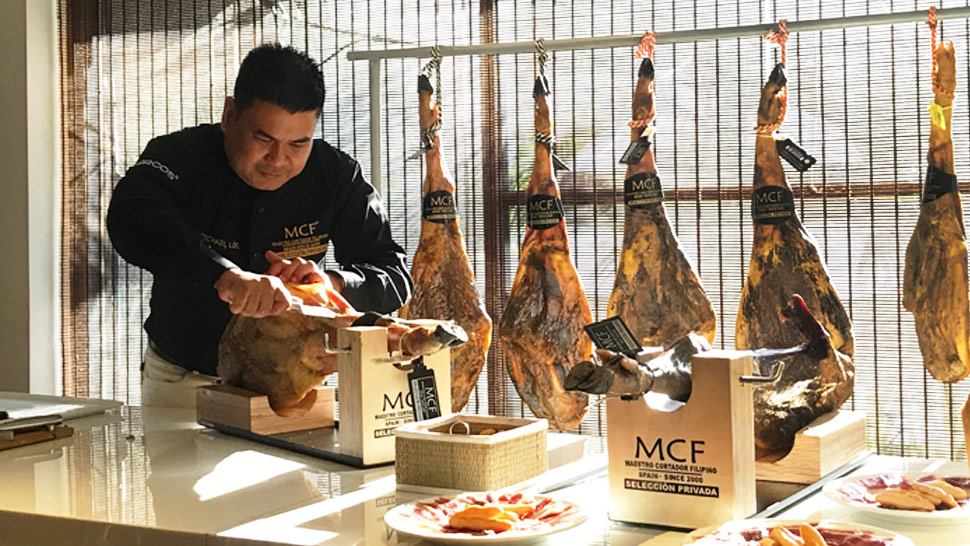 Management soon noticed Lopez’s interest and potential and, within a month, he was moved to a different branch to become that restaurant’s “first” carver. Eventually, Cinco Jotas, the restaurant chain famous for its brand of jamon that it has been producing and serving since 1879, sent Lopez to its production facility in the town of Jabugo to undergo more intensive training. It was here where Lopez earned his certificate designating him as an official maestro cortador de jamon.

“That was in 2002,” says Lopez, who was in Manila recently, along with his brother Mark. “We would start carving ham as early as eight in the morning. They sent us there so we’d know how they produce the ham and how they slaughtered the pigs. We also saw how the pigs lived in a free-range field. I completed the course in 2002, Mark followed in 2007.”

Since then, the brothers have become in demand cortadores, jetting off to the world’s most luxurious and exotic locales to do nothing but carve ham for celebrities, dignitaries and other VIPs. Lopez says they are hired for their expertise in slicing, carving and serving the ham at weddings, official functions and other private events. They are the official ham carvers for the UEFA Champions Leagues, serving the superstar football players at their lounges pre and post-games. They have also met celebrities like Penelope Cruz and Julio Iglesias, and dozens of famous chefs like Jose Andres, Joan Roca, Juan Mari Arzak, Elena Arzak, and Jordi Cruz. 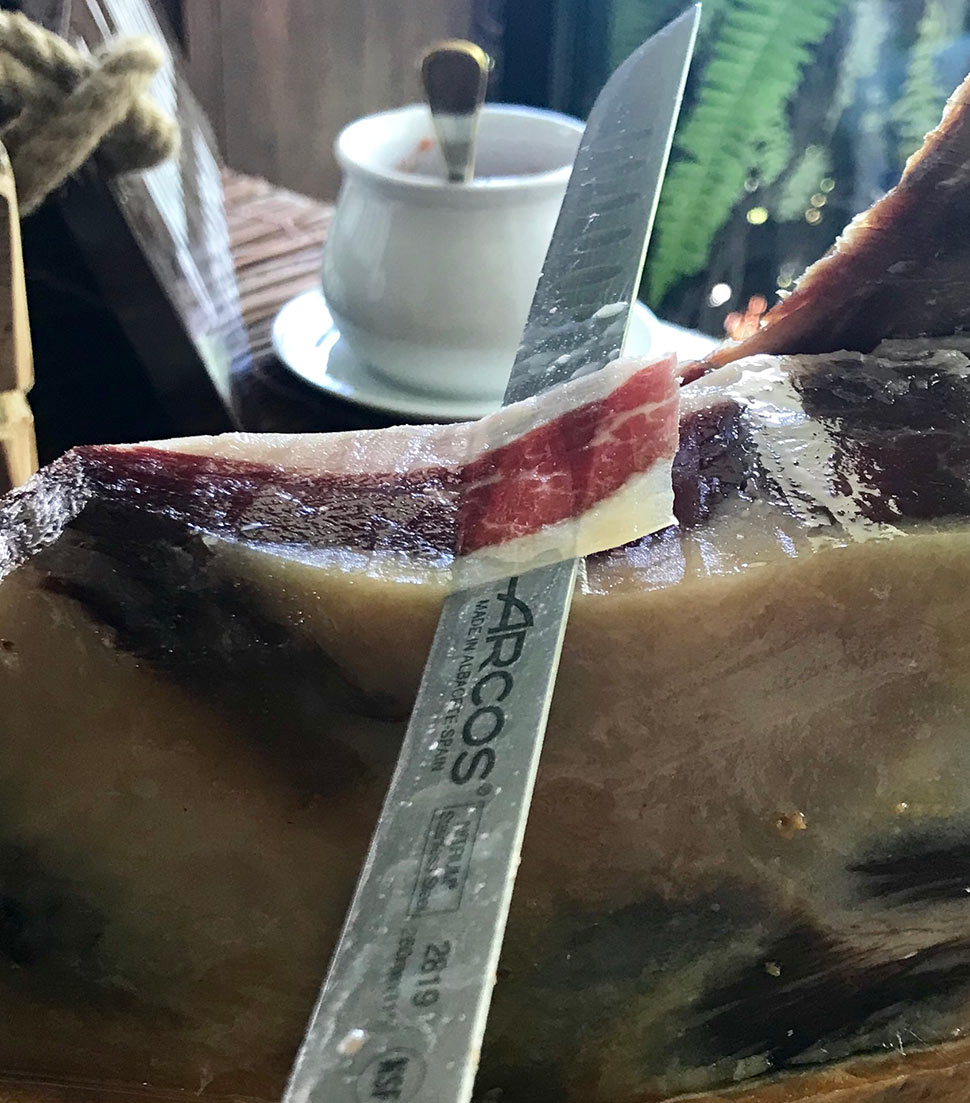 “As for earnings, it really depends on the event,” Lopez explains. “You can make from P10,000 to P120,000 just for the services. When it’s international, mas mahal. There are times, kapag overseas, we charge 2,000 euros just to carve two legs of ham. And (the organizers) pay for our plane tickets, hotels and everything. They spend P200,000 to P300,000 just for us to carve two legs of ham at the party.”

The brothers have had to quit their jobs at the restaurant in order to accommodate the vast number of private functions that require their services as master carvers. They put up their own company, MCF, or Maestro Cortador Filipino, and have hired three other Spanish master carvers who are based in Spain. Lopez says they already have a full slate of 100 weddings for the rest of the year. 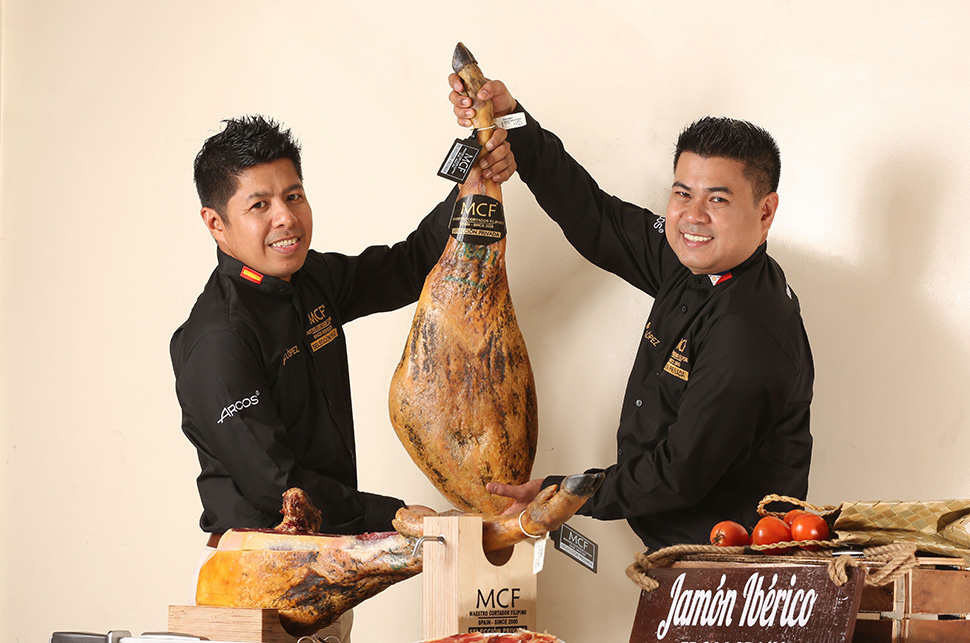 “Carving ham is an art,” he says. “Kung wala kang kamay for carving wala, mahirap. (If you don’t have the skill set for it, it will be hard). As for the business, I guess we became successful siguro kasi ma-PR din ako,” he smiles. Magaling yung sales talk ko, marami akong naco-close na deal.”

Lopez adds that it helped that they promoted themselves extensively using social media. “I uploaded a video on YouTube, tapos nilagay ko, Maestro Cortador de Jamon Filipino. Ayun na. That’s where I got the idea. Why don’t we do MCF? It’s a very special Spanish product and it’s sliced by Asians.”

You can hire the Lopez brothers to carve special jamon iberico de Bellota, jamon iberico de Cebo and jamon serrano Reserva at your wedding or special events. Contact them at [email protected] or at 0908-9390499. They are on Facebook at @MCFmaestrocortadorfilipino 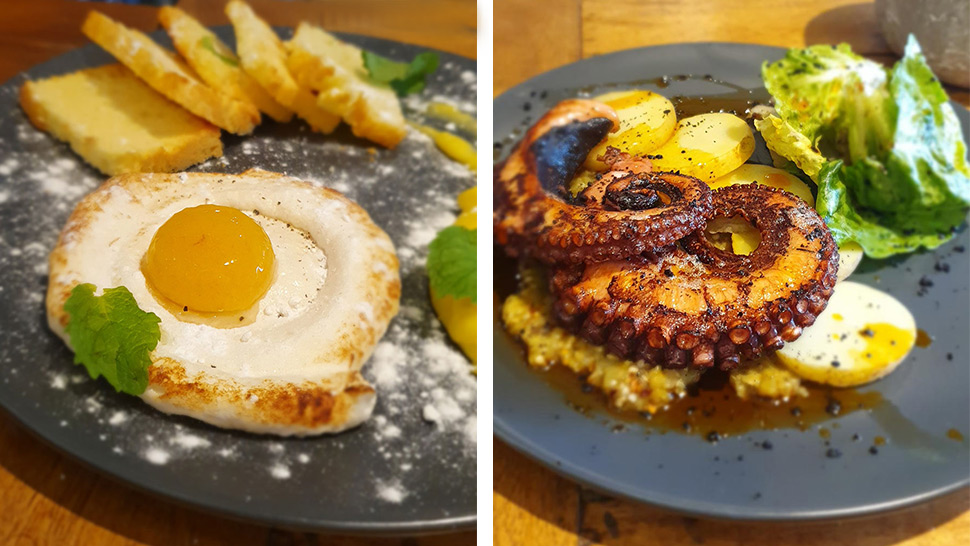