How to Get a Table at the World's Most Exclusive Restaurants

From secret locations to golden tickets, snagging a reservation is just the beginning. 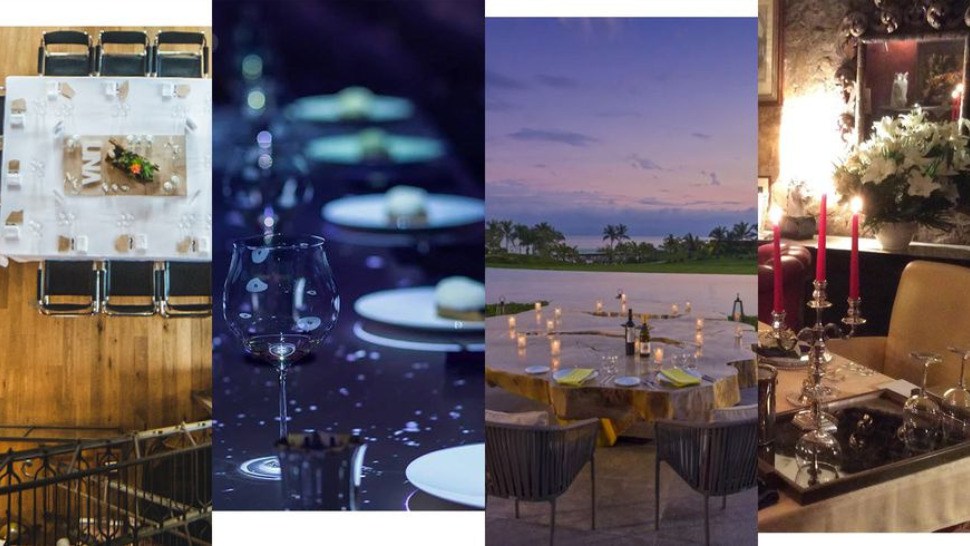 To enter Mesa 1, the newest restaurant at the W Hotel in Punta de Mita in Mexico, you walk through a jungle to a bridge submerged in water. When you move to step on it, the bridge rises from the depths, creating a dry passage. (The magic of water pumps.) On the other side, a table whittled from a tree trunk seats one party, up to 12 people, once a night. And then the bridge disappears, marooning you with your dining companions and the restaurant staff. Mesa1 is one of the latest in a handful of restaurants around the world to bank on that siren song of exclusivity: If there’s only one table, everyone wants to sit at it.

That partly explains why some of these restaurants succeed, but when your business model is to turn most customers away, and to charge what 95 percent of the Earth’s inhabitants would never spend on even a week of meals, your product had better be exceptional.

I like to think I’m impervious to manipulation, whether it’s an e-mail from a faraway prince requesting the contents of my checking account or a restaurant insisting that my dinner is not a dinner but a journey. But when you pair the intoxicating buzz of an exclusive table, gourmet food, good wine, and a beautiful ambience, well, it totally works on me. It works on a lot of people.

And in a world that often makes us feel unseen, if you have the chance (and a bunch of disposable income) why not succumb to the illusion? Here are five of the best places to do it. 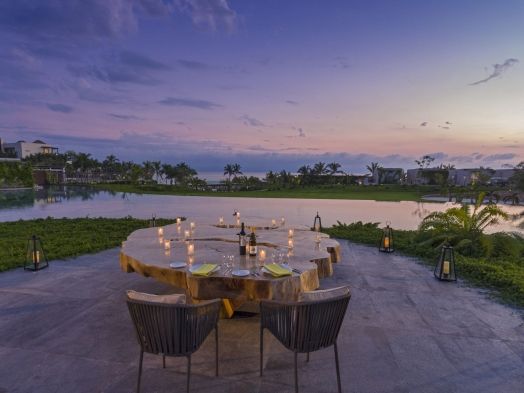 What to Expect: Seven course tasting menu, one seating per night

How to Book: By e-mail, wpuntademita.com

When you book Mesa 1, you’ll hear about their three menus; choose one, or allow Chef Marco to prepare a mix of the three: the poultry-based "Air" menu offers a duck mole with fig chutney, the seafood-based "Water" menu features a king crab in green gazpacho that will solve all your problems, and the meat-based "Land" menu stars a ribeye with mashed potatoes, mushrooms, and black truffle sauce. Either way, you can't lose.

The meal starts with watching the sunset–from there, you’ll dine in the dark, the setting lit only by votive candles, so as not to dim the stars that seem to be twinkling just for you.

What to Expect: One table, twelve seats

How to Book: By e-mail, unalondon.com

“Experience” is a popular buzz word in restaurants with one table, and collaboration, or at least the illusion of collaboration, makes diners feel special. That’s crucial: Service must transcend standard fine-dining tropes and transport the guests, reminding them that they’re somewhere most will never go, enjoying a meal that most will never enjoy. UNA manages to transport you, but to a place that feels like home—or at least like a guest in someone else's—while feasting on some of the finest Argentinian dishes Europe has to offer. 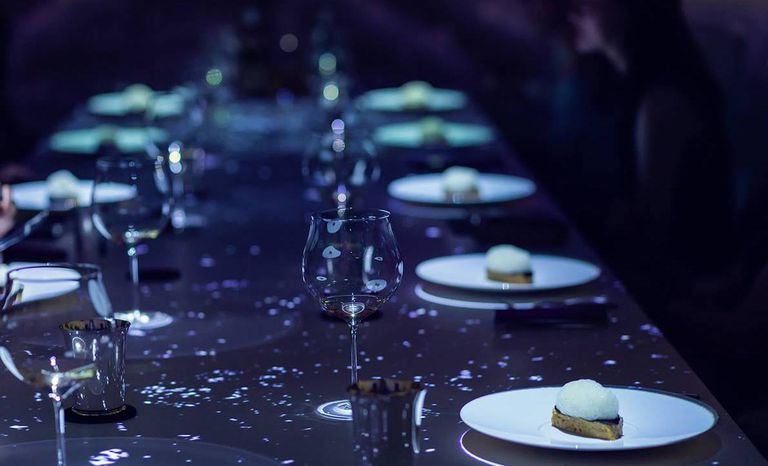 "A single noodle, presented in a concentric circle, made of fresh cuttlefish," is a sentence from Ultraviolet’s website that I will never stop hearing in a movie-trailer voice. Adding to the suspense, you'll be eating it in a secret location. Chef Paul Pairet believes in the importance of not just the few hours the diners spend at the table, but the memories they make: "the taste after the taste." 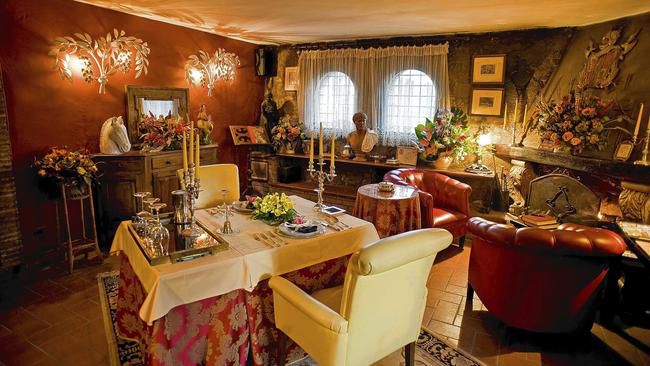 Solo per Due
Vacone, Italy

What to Expect: One table, two seats

How to Book: By e-mail, soloperdue.com

Italian for "just for two," Solo per Due lives up to its name: One table and two seats, overlooking a Roman villa. Guests call ahead to discuss and collaborate on the dining experience before it happens. (Recently, one couple wanted to eat their dinner among 400 blue roses. The restaurant complied.)

Solo per Due features an analogous mix of jobs, rejecting the idea that the chef is the star of the show: "Our work takes place behind the scenes," says Giovanni Di Claudio. "You don’t know who cooks, who’s in service. We are a team. Everyone contributes to the success of the event."

Feeling romantic? In 30 years, Solo per Due—at least according to Solo per Due—has hosted 4,500 marriage proposals. "Our job is to make the feeling of love unleash," says Di Claudio. "We are like a mysterious enzyme that, if present in a mixture of two chemical compounds, triggers a surprising reaction." Buona fortuna. 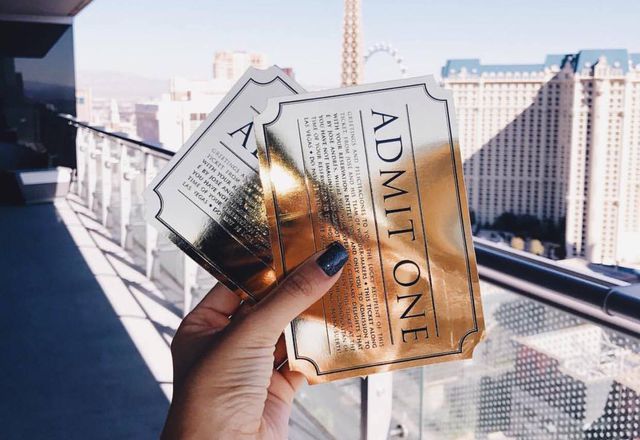 No Wonka, but each guest at é is admitted with a golden ticket and assigned his or her own chef. The restaurant forgoes menus, opting instead for a server who functions as an emcee, explaining the courses, telling a story.

"During service," says head chef Eric Suniga, "the guest is surrounded by a team of chefs, who are doing everything from cooking to plating to serving." From your seat at this bar in Las Vegas, close your eyes and you just might think you're traveling through Spain.

View More Articles About:
culture
food and drink
More Videos You Can Watch

About The Author
Diana Spechler
View Other Articles From Diana Spechler
Get The Latest Updates From Esquire!
Subscribe to our newsletter!
Latest Feed
Load More Articles
Esquire Money 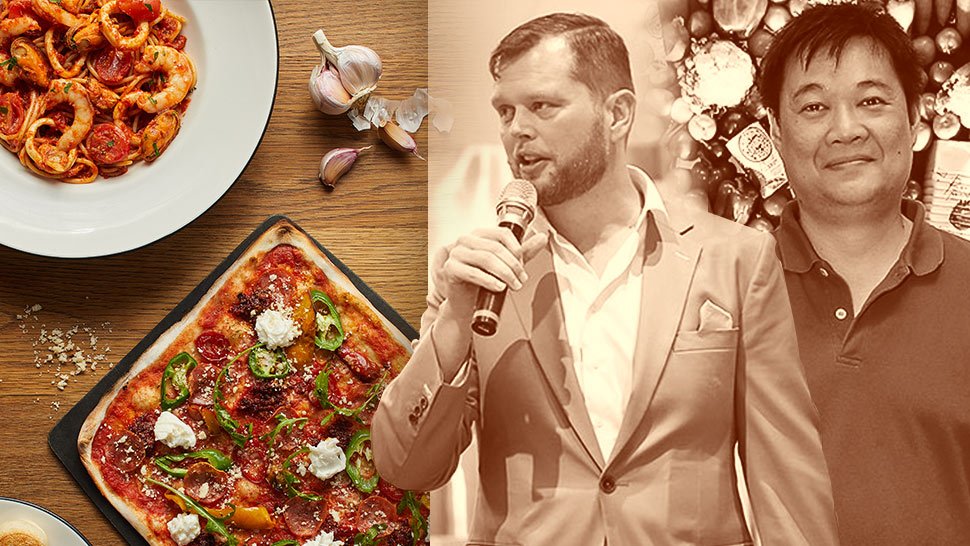 Does Manila Have Room for Another Pizza Chain? Charles Paw Says Yes 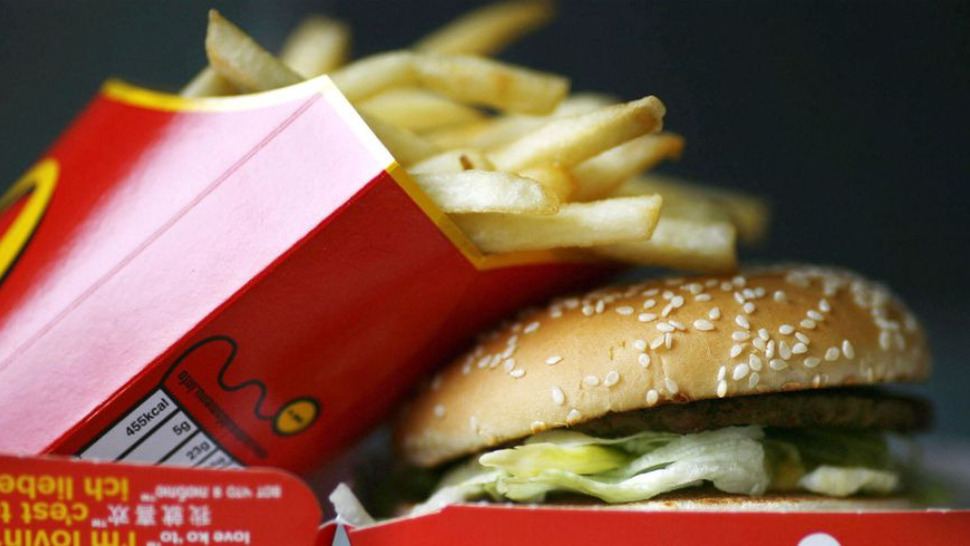