There was a time when Serendra was the calm oasis in the midst of the Fort’s thriving party atmosphere. With Cupcakes by Sonja and Abé, Serendra was a safe place for titas who liked to linger over long lunches and settle in early for equally long dinners. By the weekend, those titas would be joined by their families who would converge for brunch and do other idyllic Sunday things. Chelsea Market, with its rustic setting and western menu, fit right in. 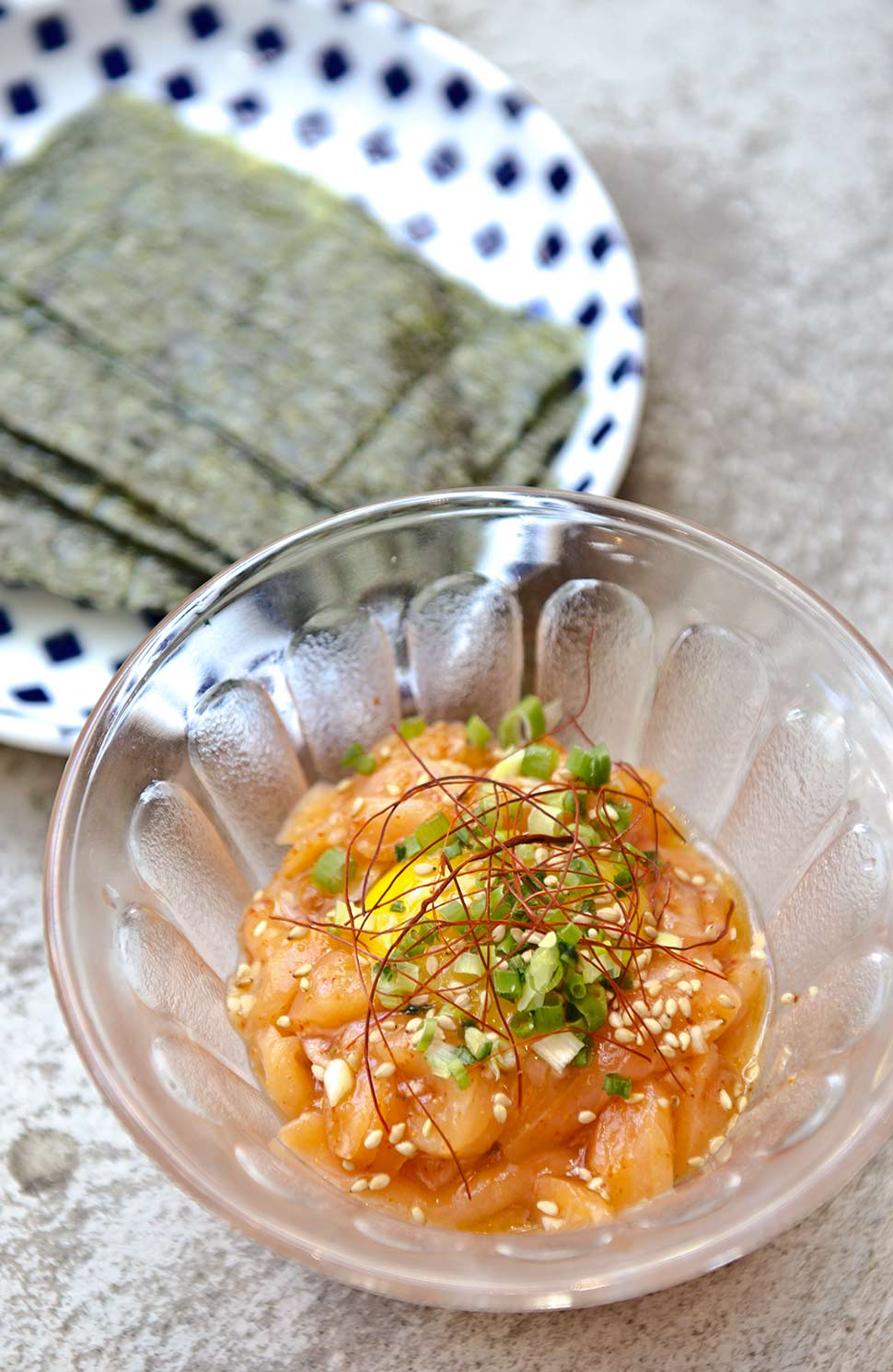 Slightly spicy salmon with laver that you wrap it in. IMAGE: Kai Huang

But times change. The Fort grew, and came to be known as BGC, large enough to be segmented into its own subcultures. By 2014, Chelsea Market Café morphed into Chelsea Grand Café, similar but with adapted interiors and dishes to cater to the demands of a more discerning dining public. And, in four short years, the landscape changed all over again.

It’s Wednesday and Motto Motto seats a curious mix of friendly female Koreans, a man and his elderly father, a group of cubicle dwellers, and a party of women. It’s a crowd for a new restaurant on an early weekday afternoon. Motto Motto, the Raintree Group's answer to the changing times, is the next phase in the evolution of what used to be Chelsea. 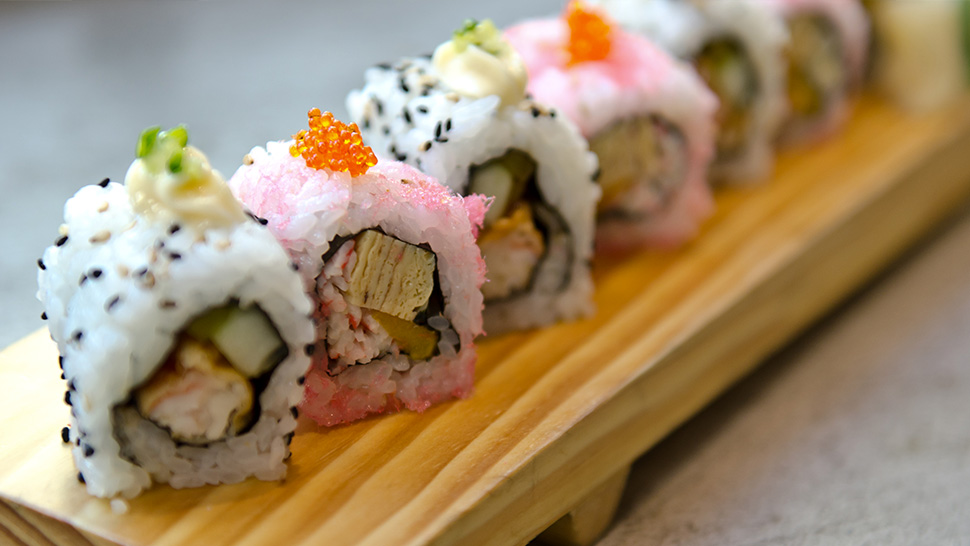 The Raintree Group once again partnered with Piglet's Nobuhide Andoh for Motto Motto. Their other collaborations are Chotto Matte and Izakaya Sensu. Some of Chotto Matte's rolls are actually part of Motto Motto's menu. IMAGE: Kai Huang

Serendra, he noticed, also inadvertently became the bridge between Market! Market! and the rest of Bonifacio Global City. Their cuisine had to change to become more accessible to the diversity of their potential diners. With Raintree already handling the local franchise of Japan’s Saboten and their own izakaya Chotto Matte—partnered with Tokyo's Piglet—down by the more fashionable 5th Avenue, creating Motto Motto was a smoother transition. If you know your Raintree restaurants, Motto Motto feels like a lovechild between Chotto Matte and Chelsea. 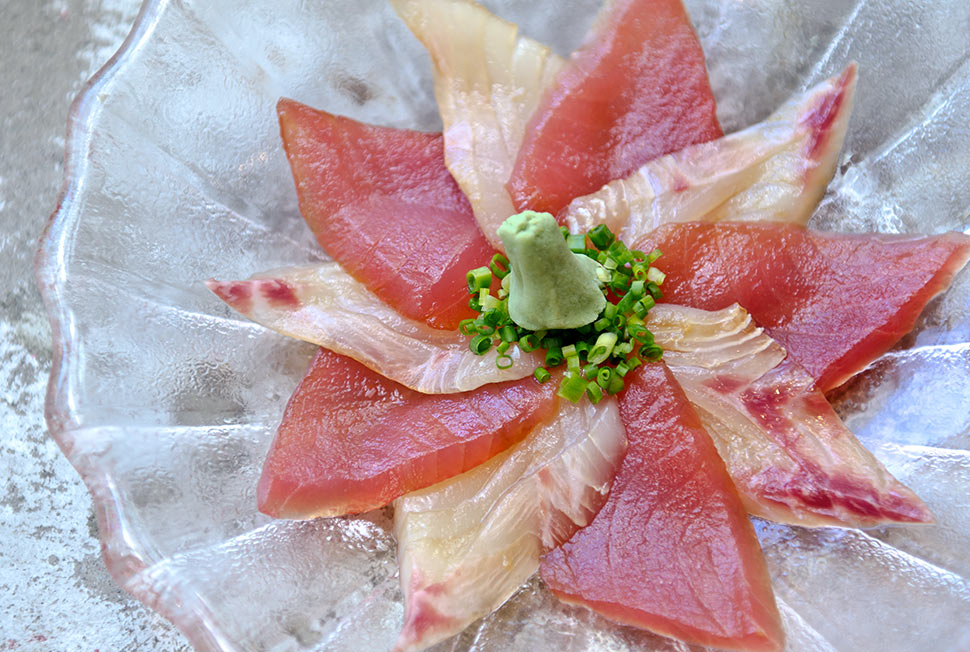 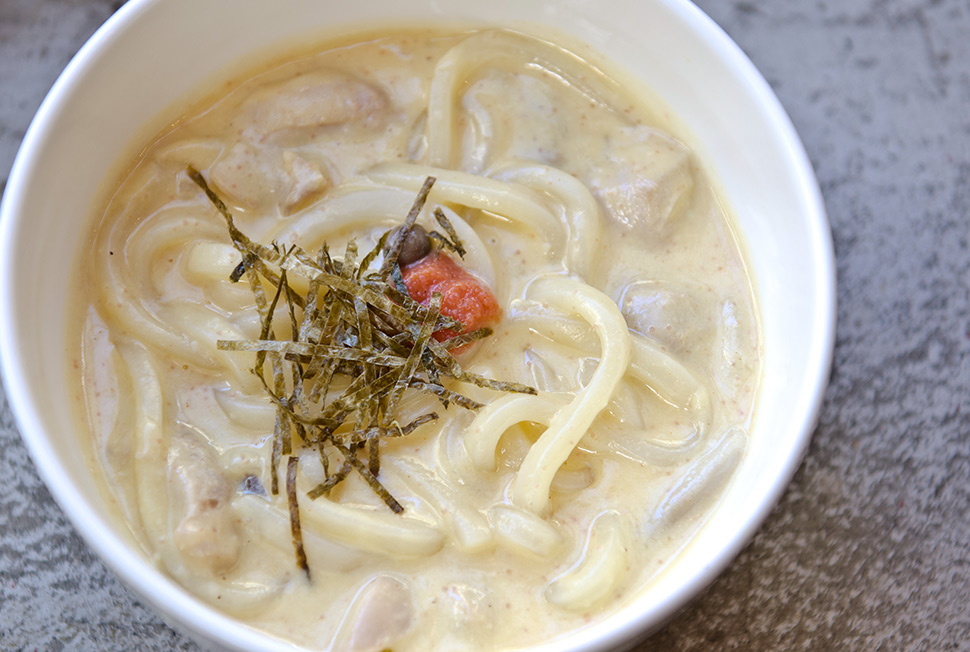 Filipinos love Japanese food, observes Chan. “But at every table you’ll see California roll, tempura, spicy tuna," he adds with an amused shake of the head. As veteran restaurateurs, they know how to play to the crowd—but Motto Motto has all this and more.

The menu is characteristically comprehensive and they have everything from your beloved shake sashimi to yakisoba sandwiched in a hotdog bun. "They really have that in Japan, you know," says Chan. 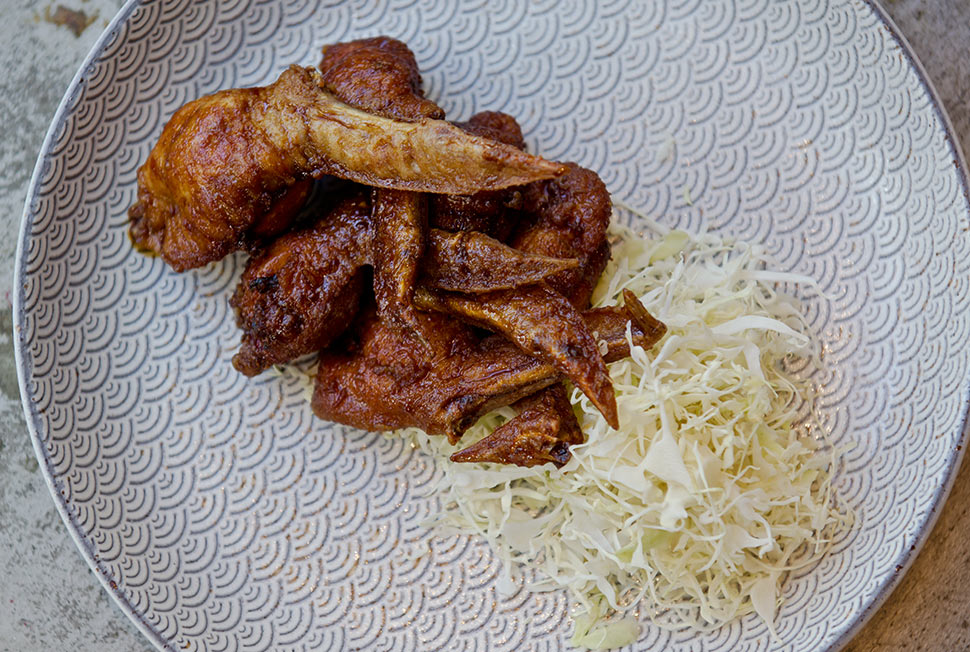 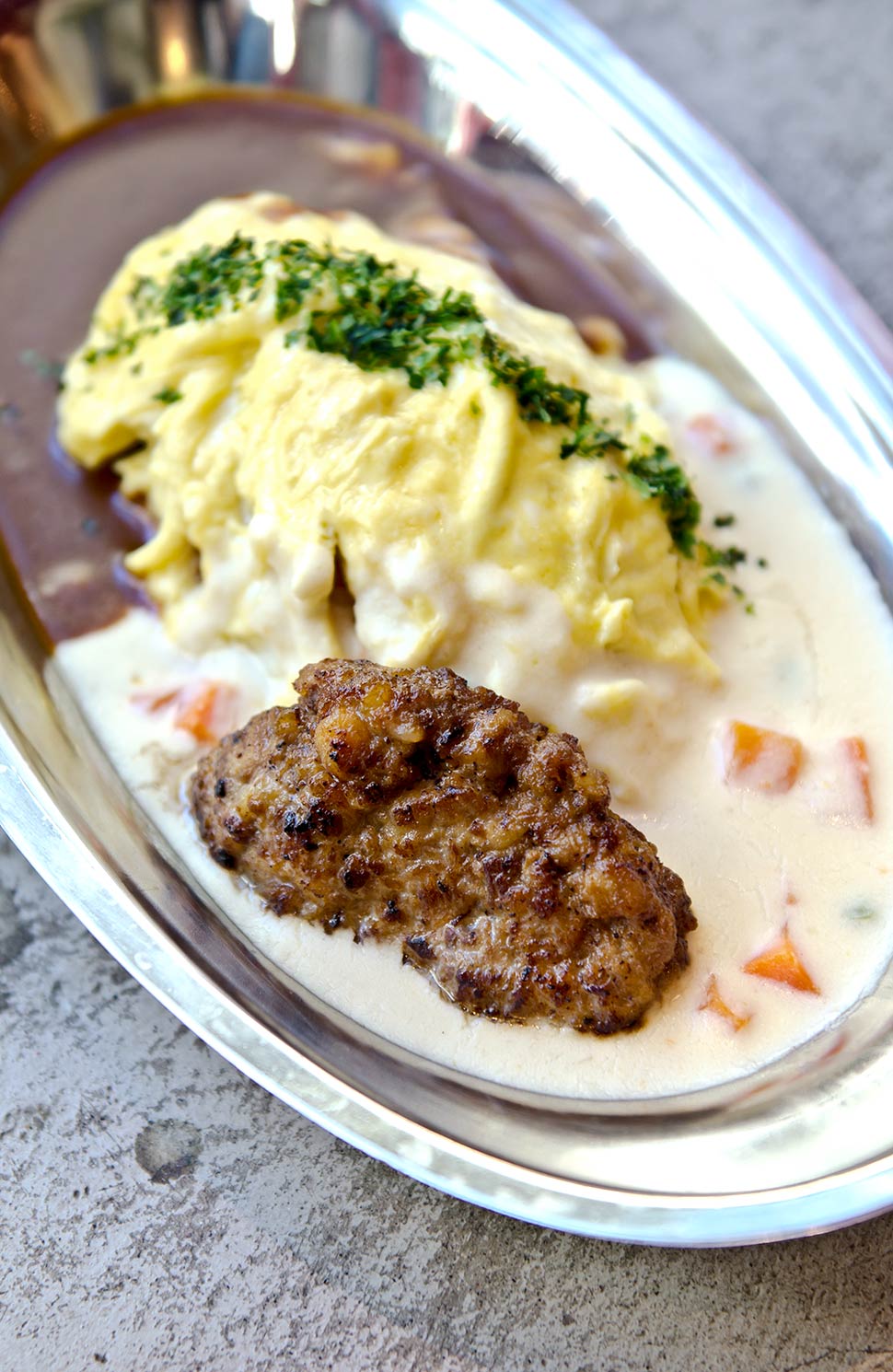 Motto Motto's omurice comes with a burger and a demiglace. Inside, tomato-flavored rice. IMAGE: Kai Huang 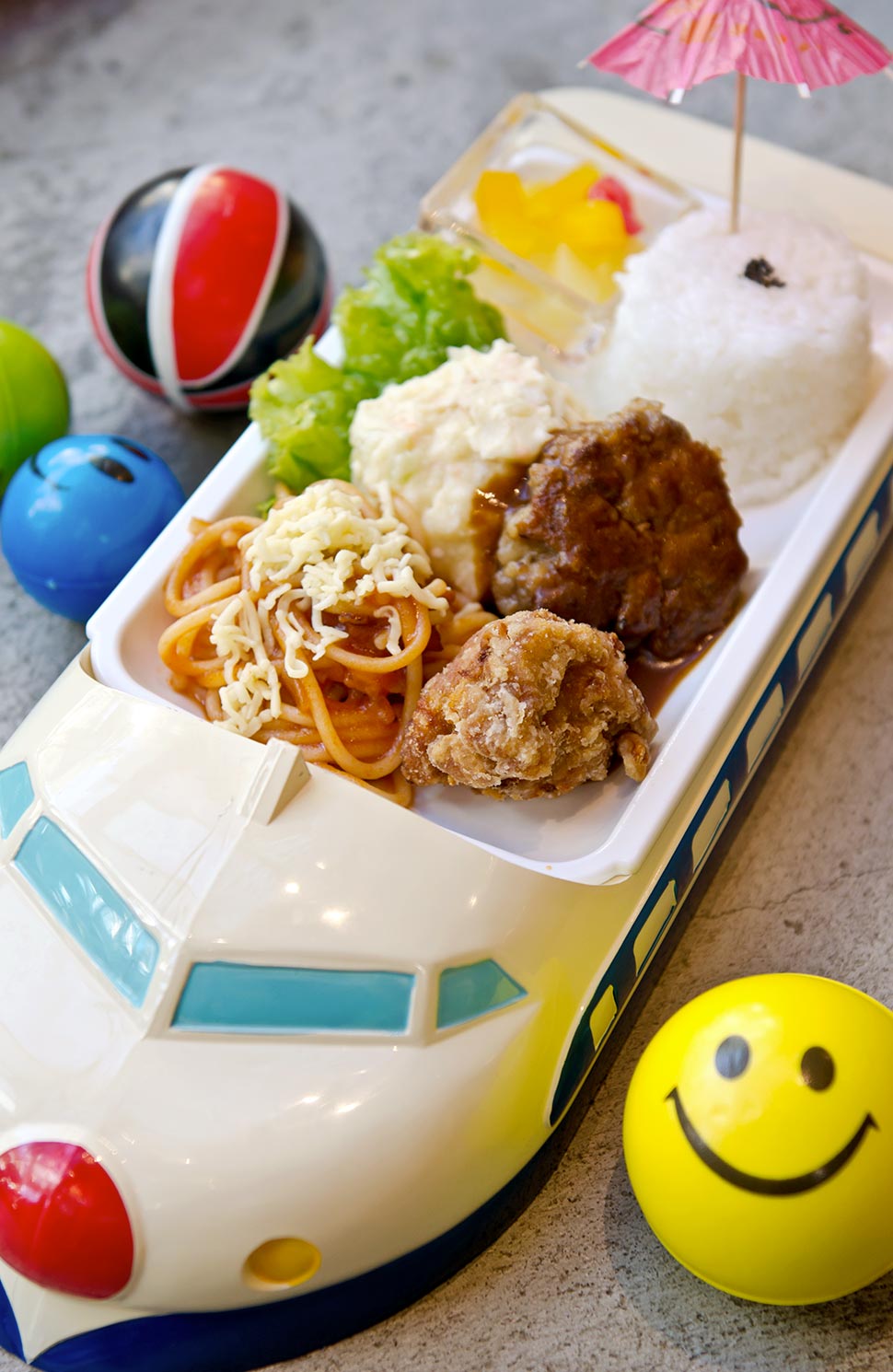 ADVERTISEMENT - CONTINUE READING BELOW
Their fun kid-friendly meals are aboard the Shinkansen. IMAGE: Kai Huang

The country is famous for their innovations and Motto Motto shows us just how inventive Japanese cuisine can be. Wrapping long slivers of yolk-covered raw salmon in crispy lavers is a fun and respectful way to play with your food. There are potstickers in the menu and some of them you can find inside boneless chicken wings. Stunning pink pieces of wagyu make up their version of a gyudon. Raintree's risks pay off when you actually give them a shot. 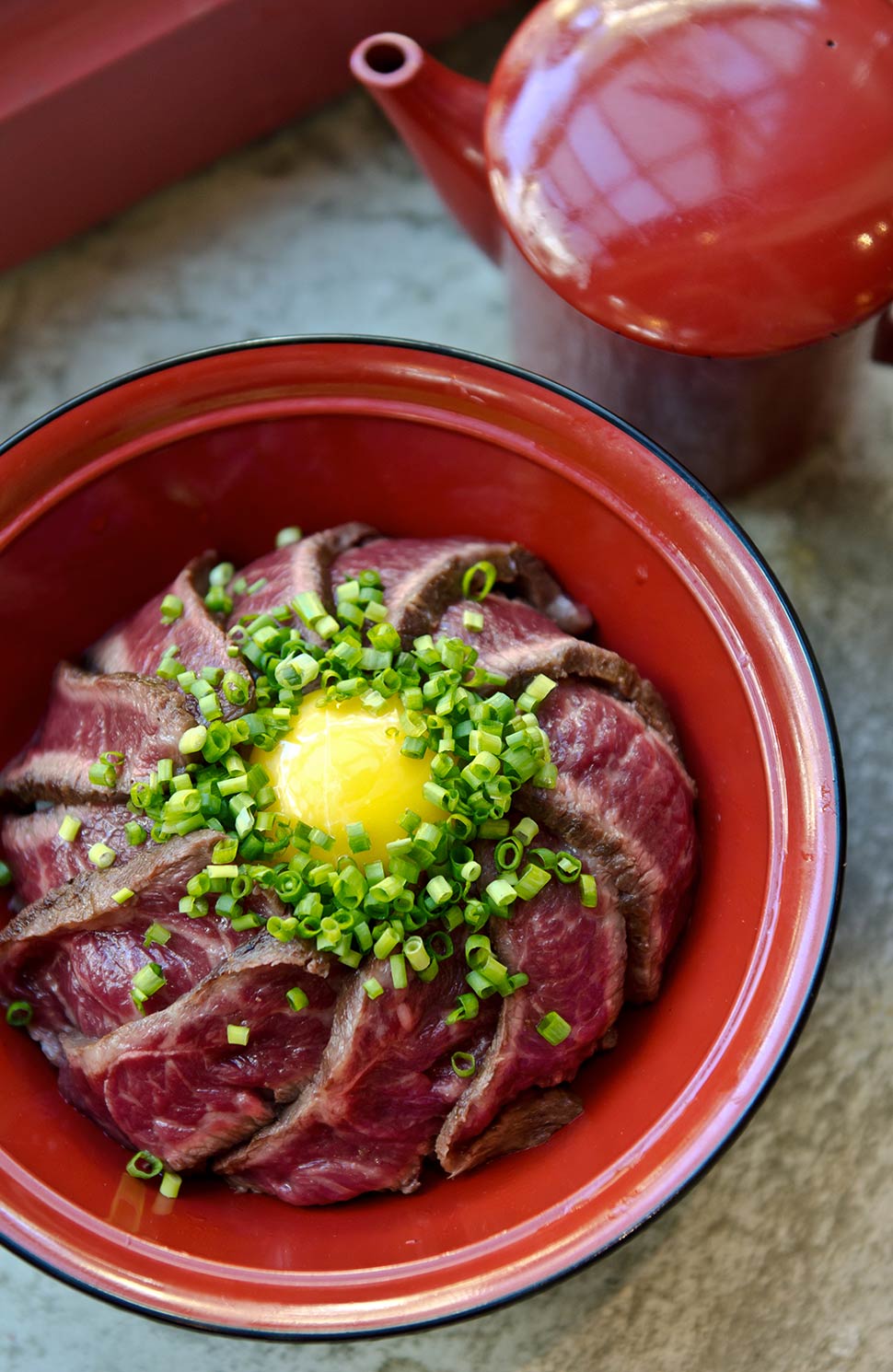 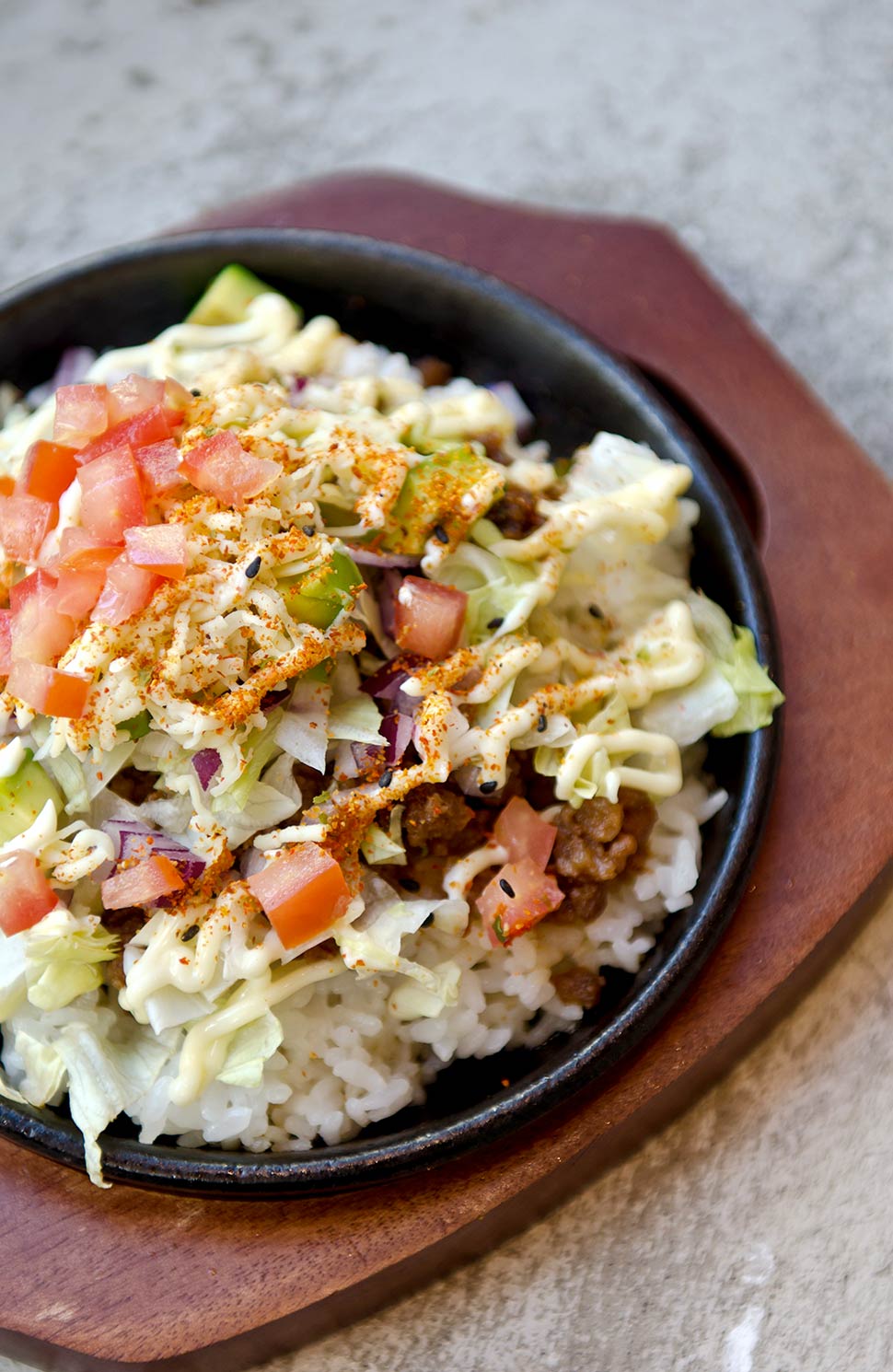 Chan points at illustrations on top of the sushi counter: nigiri, temaki, futo maki, and more. “We put that there so people would know that there are different kinds of sushi.”

Filipino favorites are there, Chan acknowledges, but Motto Motto aims not only to introduce new dishes, but how Japanese culture influenced them as well. He proudly presents the spaghetti included in their kids-style Shinkansen meal. “It’s ketchup! Because before, during World War II, there was a shortage on tomatoes so they can’t make tomato sauce.” The taco rice, which is exactly what it sounds like, was inspired by an Okinawan dish. “Okinawa was a base for US troop and that’s a dish that naturally evolved there,” the chef explains. 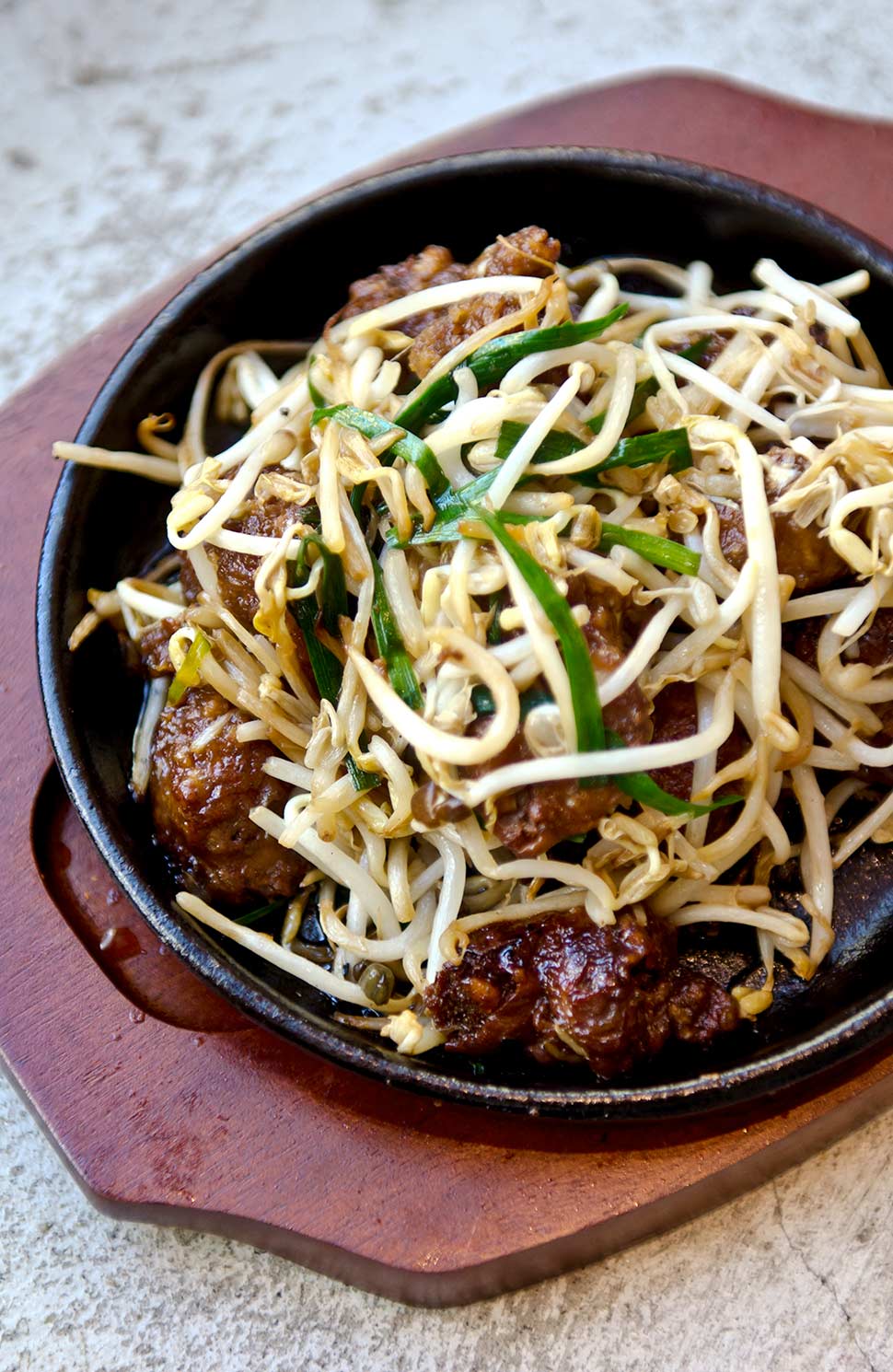 One of the chef's personal favorites is this liver dish that feels very light on the palate. IMAGE: Kai Huang 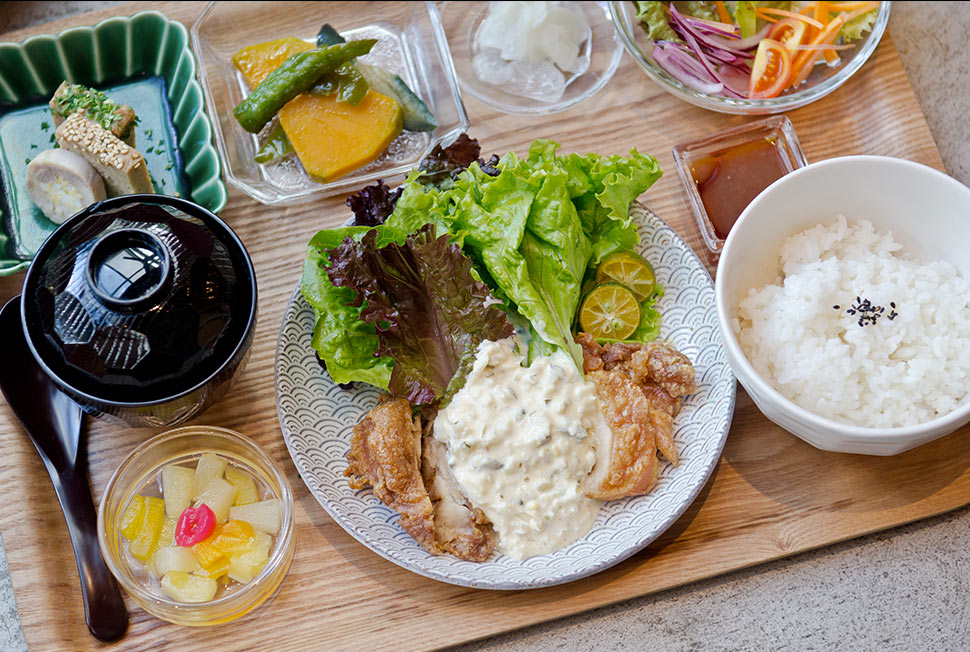 All-day teikoshu sets also offer a comprehensive start to finish for those who want to stretch their buck—dessert is fresh fruit, but cakes and sweets are available if it's that kind of day.

It's difficult to predict when the next shift in the Fort's climate, but we hope it won't be for a while. We want to enjoy that ketchupy spaghetti for a long time. 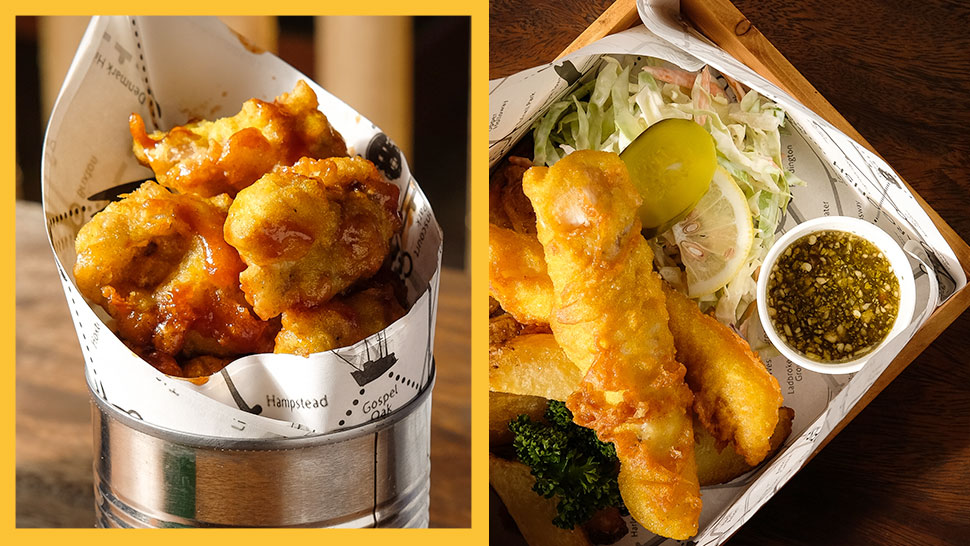 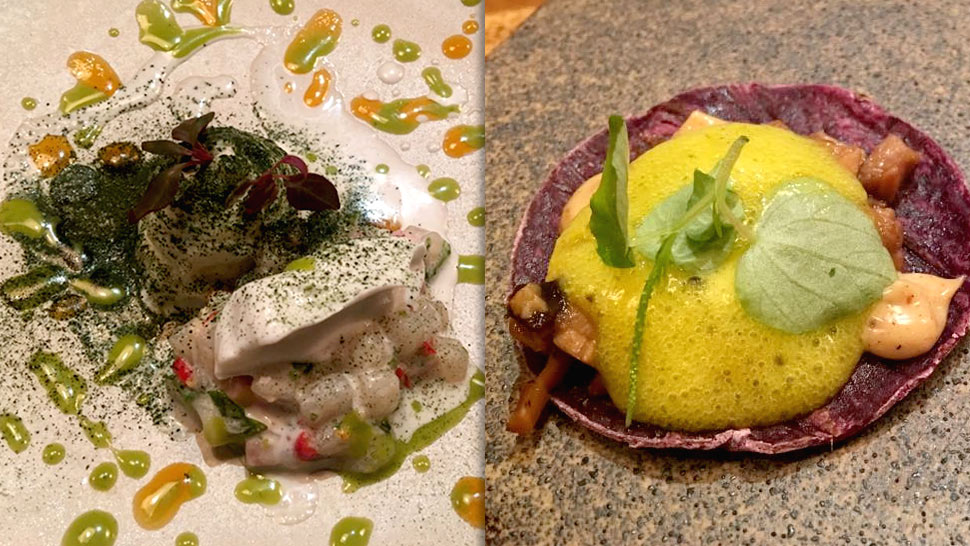