The New Pasta Shape That Puts Spaghetti to Shame

Podcaster Dan Pashman asked himself, 'What's the pasta shape that I would most want to eat that doesn't exist?' The answer was cascatelli. 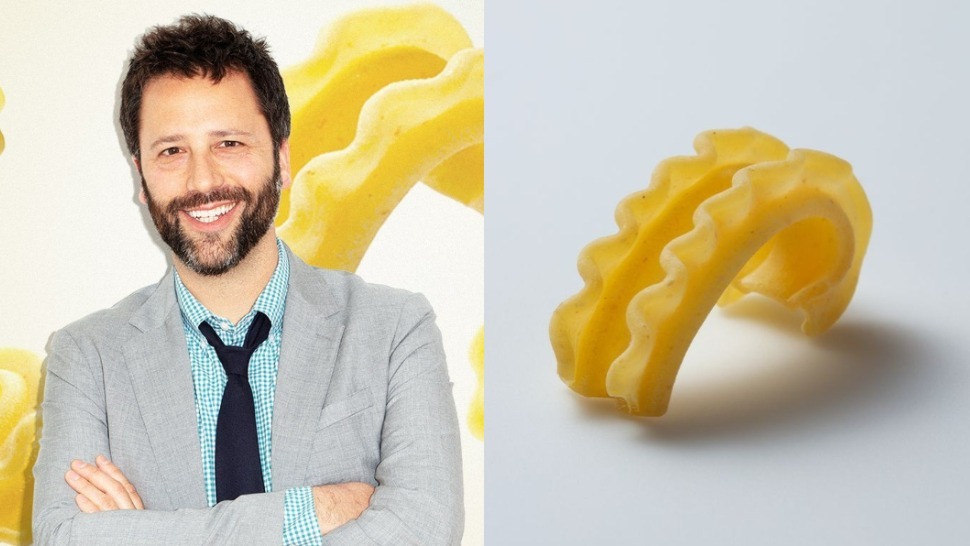 I’m just gonna go ahead and say it. Spaghetti sucks,” podcast host Dan Pashman told his audience at New York’s Caveat Theater back in 2018. “The Lady and the Tramp did a great disservice to American culinary history by romanticizing spaghetti. You know, what we should have taken from that movie is that it's a pasta shape that's only fit for dogs.”

The comment—outrageous, I know—elicited a response equal parts laughter and jeers from the crowd. At first, it sounded like Pashman was acting over-the-top just to get a reaction, but then it seemed like he might be onto something.

“[Spaghetti is] round on the outside,” he said. “That means it is a low surface area in relation to the volume, that means that sauce doesn't adhere to it well. It means less of it contacts your teeth when you first bite it...There's all this romanticism around spaghetti, but spaghetti and meatballs isn't even an Italian thing!”

Wait. Does spaghetti suck? Is my love for bucatini, which Pashman says “doesn’t live up to the hype,” actually as hollow as the hole in its center? He’s right, you can’t even slurp bucatini! Have I been living a lie all these years?

This kind of existential uncertainty is part of the fun of “Mission Impastable,” Pashman’s recently concluded five-part saga on his food podcast The Sporkful. It kicked off with the Caveat Theater scene, and, spanning three years, culminated in the creation of a brand new pasta shape. Yes, a new pasta. Pashman had some issues with the classic pasta canon, so he decided to make a better shape of his own. And, as an Italian-American, as a dude who spends most of his free time fantasizing about what kind of sauce he’s going to eat on Sunday, I have to admit: Pashman’s cascatelli is good.

There's a sizable sauce trough in there.

So how the hell did a podcast host make a new pasta shape? Well, as with everything in The Sporkful, Pashman did it obsessively. I spoke with the notoriously opinionated authority on all things food last week, shortly following the conclusion of “Mission Impastable.” Right away, Pashman was characteristically particular about his brainchild cascatelli, which looks like a cross between a millipede and an octopus tentacle, with a name that’s a riff on the Italian word for waterfall.

“First of all, I recommend it cooked at like 13 minutes,” he insists. “The very first run of boxes, although they're already ordered now and gone, says 15 to 18 [minutes]. We're revising it on future boxes to say 13 to 17 minutes.” When I tell him that my partner and I had prepared some cascatelli with a lemon Alfredo sauce for our guests the day prior, he agrees with me that a heavier creamy sauce goes well with the ripply, ruffly not-noodles. “I would say anything thick, first of all, is going to get up in the grooves. It’s going to get into the sauce trough, which is what I call the area between the two ruffles—that canyon. Anything with little bits, like meat sauce, will get stuck in the ruffles really nicely.”

"I'm not a chef, I'm not Italian-American, I'm not a pasta expert or historian."

Sauce trough is an apt description of how cascatelli seems to suck in that sacred oily sludge, giving you fat bursts of flavor when you bite through it. It’s not a pretty image, but that’s kind of Pashman’s whole thing. Each episode of The Sporkful seems to reveal yet another strange and unappealing way the guy enjoys food, such as how he folds pizza inside out to “accentuate” the surface taste as it hits his tongue. Insane, right?

These convictions about food are at the basis of "Mission Impastable." As such, Pashman relied on three principles in his long and surprisingly emotional quest to create the perfect pasta shape. As described right on the box, those principles are:

Before, little Sporkfulisms like these would just be tidbits to chew on during your walk to work or bike ride around the park with Pashman in your ears. And, sure, he has made sandwiches and baked cookies on his show before. But in “Mission Impastable,” he’s forced to put his money, or pasta, I guess, where his mouth is. And, I suppose it says a lot about the legitimacy of this guy’s meticulously organized rules about food, because the cascatelli really came out well. Heck, maybe we all should be eating pizza folded inside out.

Cascatelli, which is sort of like an update on mafaldine (the fettuccine-like noodle with ridges on the sides), is a gloopier, more succulent, more comforting pasta than most of the shapes you regularly eat. Since it's short, it's not quite a long noodle, and it has more in common with a spiral shape like cavatappi (which Pashman recommends I add to my Pasta Mount Rushmore), though it's not a closed loop like many of the smaller shapes we eat. I’d say the experience is closest to one of those puffy, wiry shapes like radiatore. Unlike radiatore, or pretty much any other shape I can think of, cascatelli really does take a while to cook. To me, that’s a good thing, though. Better to have your noodles undercooked than come out looking mushade!

Cascatelli is made at Sfoglini. The first run of boxes sold out almost immediately.

“I came at this from an outsider's perspective,” Pashman explains. “I'm not a chef, I'm not Italian-American, I'm not a pasta expert or historian, so I tried to embrace that perspective, you know? I just approached it from the perspective of someone who loves to eat pasta.”

Pashman made it sound so simple on the phone: "What's the pasta shape that I would most want to eat that doesn't exist?" But listeners of “Mission Impastable” know that The Sporkful host’s zig-zagging journey was anything but straightforward. It was more fusilli than fettuccine, to put it in pasta terms. His original pitches for pasta shapes were utterly crushed, as were his pleas for distribution with companies and pasta outfits across the nation. (Thankfully, the Brooklyn-founded artisan food company Sfoglini answered the call.) Then, tons of his own cash invested, Pashman, a father of two, faced the pandemic face-first. There’s a sequence midway through the miniseries that really stuck with me. Unraveling to his wife on mic, the host begins to realize that, between his job and his children’s college fund, achieving a creative goal seems more like a fantasy than a real, edible twirl of dried semolina. For anyone with artistic aspirations, especially those of us with our twenties in the rear view, moments like this feel all too familiar, and tragic.

When I ask if he would recommend a project like this to young creatives, Pashman replies no, explaining, “I'm about to turn 44. I'm glad I did not try to do this 10 or 20 years ago because I would have failed, probably. I'm glad that I took the time to learn, to get better at making a podcast and to get better at running a business so I can make smart decisions.”

As of now, shipments of cascatelli on Sfoglini’s website are delayed by a period of 12 weeks until the next batch is ready. Until then, you can listen to The Sporkful wherever you get your podcasts. Pashman says there will be “updates” to the miniseries soon.

And, by the way, Pashman’s come around on spaghetti. Bucatini, too. “At the end of the day,” he says, “if you put a plate of spaghetti in front of me, I'll eat it and I'm going to be happy. I love all pasta.” I feel the same way, especially about cascatelli. 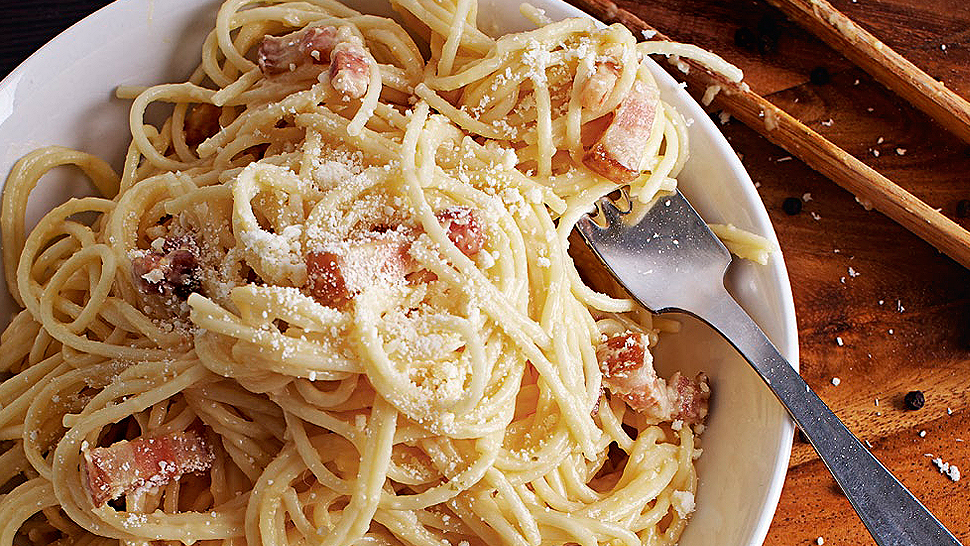 People Who Eat Pasta Have Better Diets, According to Study 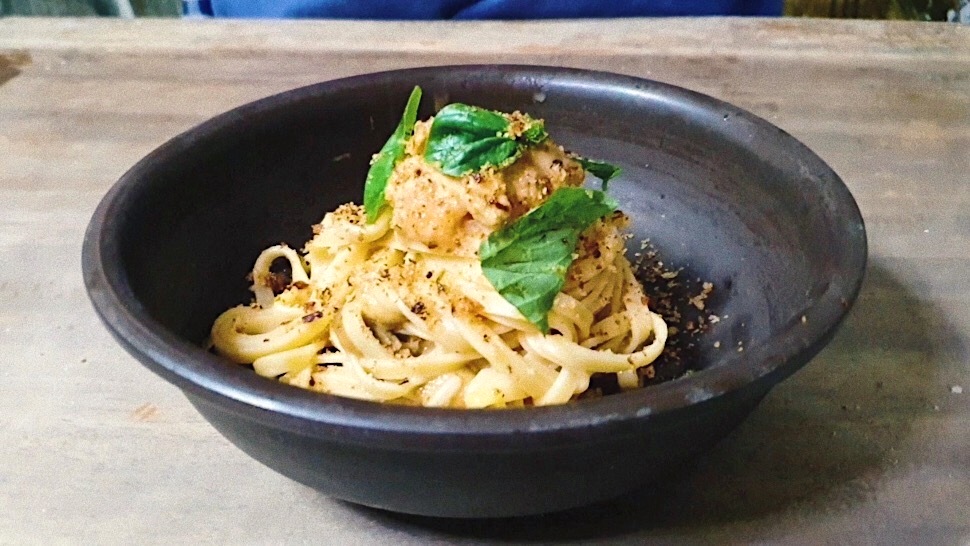 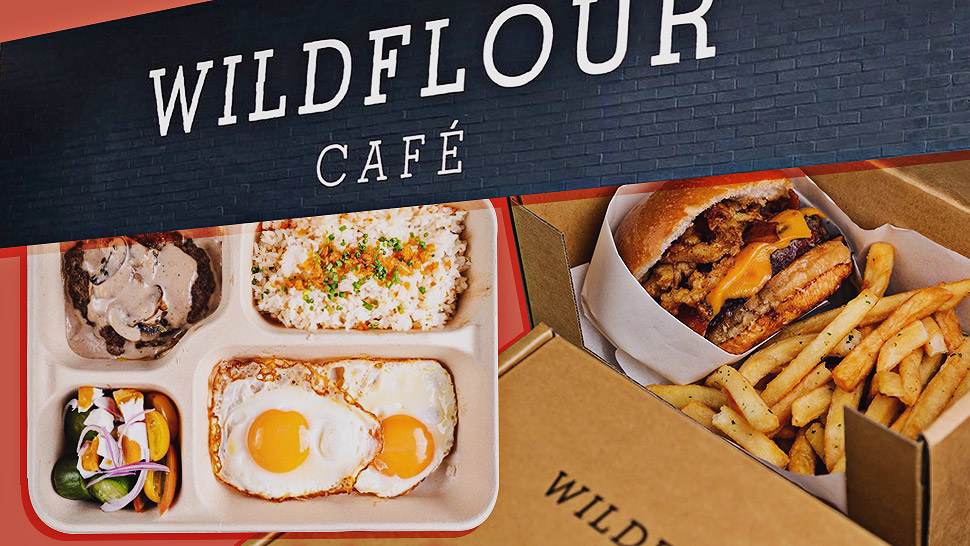 How Wildflour Is Thriving Amid the Pandemic 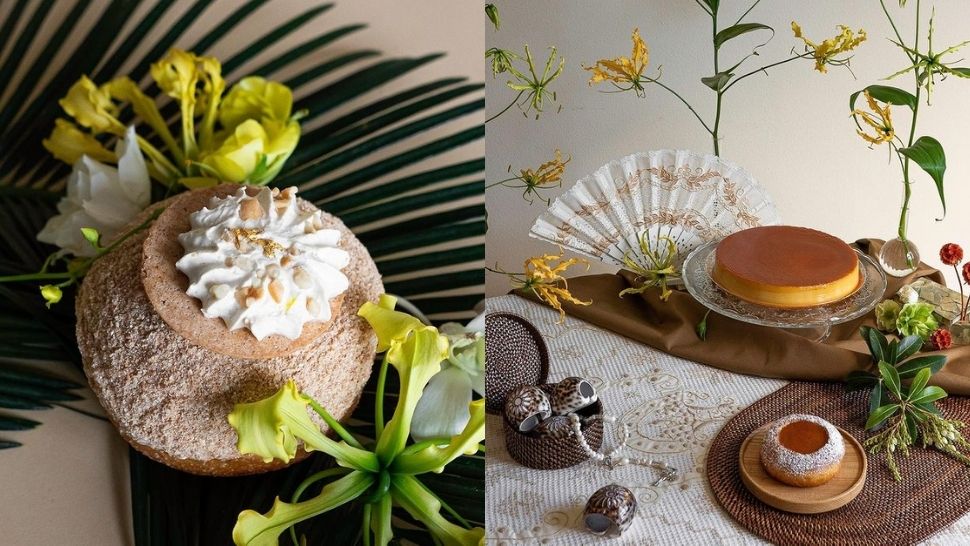 This Filipino Bakery in New York City Has a 10,000-Person Waiting List
All Photos
Comments
View As List