It's only a taste of what's to come. 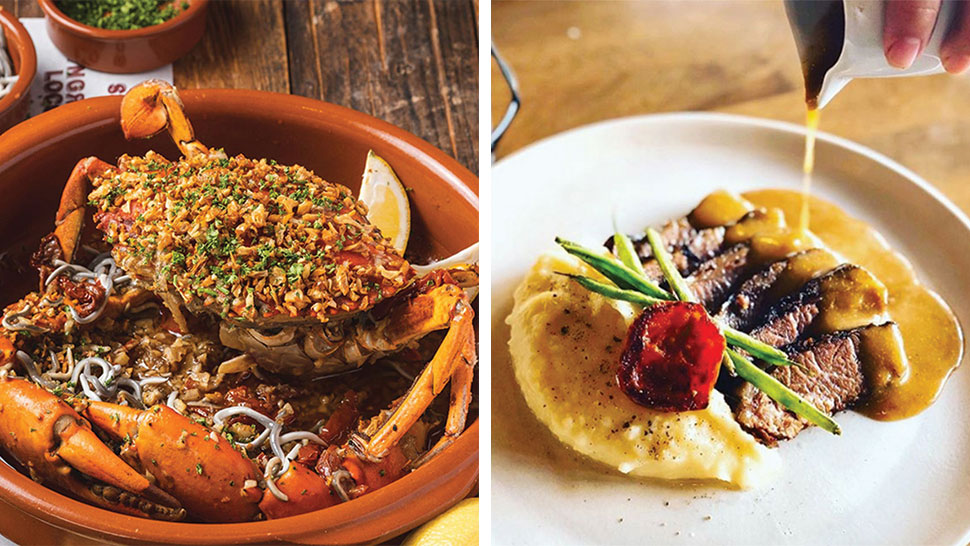 Who says the restaurant industry is going through a slump? Restaurants come and go, but it seems like there are more coming in than ever before. Big local concepts and huge international franchises are still on their way, but here are some starters—restaurants which opened in late 2019 and early 2020—to curb your hunger in the meantime.

So, unbutton those jeans, grab your knife and fork. If this is only an appetizer for the year to come, then we can't wait for the rest.

Only delicious things are guaranteed when the people behind Bar Pintxos and La Cabrera gang up in a 250-meter space that celebrates the best of Spanish cuisine. Behind the kitchen is Chef Alejandro "Alex" Del Hoyo Gomez who takes his family recipes and turns them into incredible feats on a plate. You might never want to have your usual Sunday callos after you try his incredible spicy version (a reinterpretation of his abuela's). The owners are extra-serious with Txoko, which is Spanish for "in the company of men." There are pages upon pages of must-tries (including a suprisingly smoked cheesecake), but pre-order the lamb. They're brought in special from Spain.

Cangrejos Locos, or "crazy crabs," was conceptualized and developed by chef Robby Goco, Manny Torrejon, and Raymund Magdaluyo. It highlights a fun side of Spanish cuisine: colorful paellas, vibrant stews, crispy churros, lots and lots of crab. It's as good as any Goco establishment, but what's more impressive is how this restaurant keeps its prices at a reasonable scale.

Here's yet another Spanish restaurant that's out to liven up the food scene. Although it's Spanish at face value, Chef Enrique Moreno and his two grandmothers have created a menu that's borderless. Carbs in the form of pasta are aplenty and so is duck confit and steak—both cooked to perfection and fighting for space on your table. Mijo even has some Filipino and Asian influences peeking through. This emerging Poblacion favorite proves that deliciousness is a global thing. 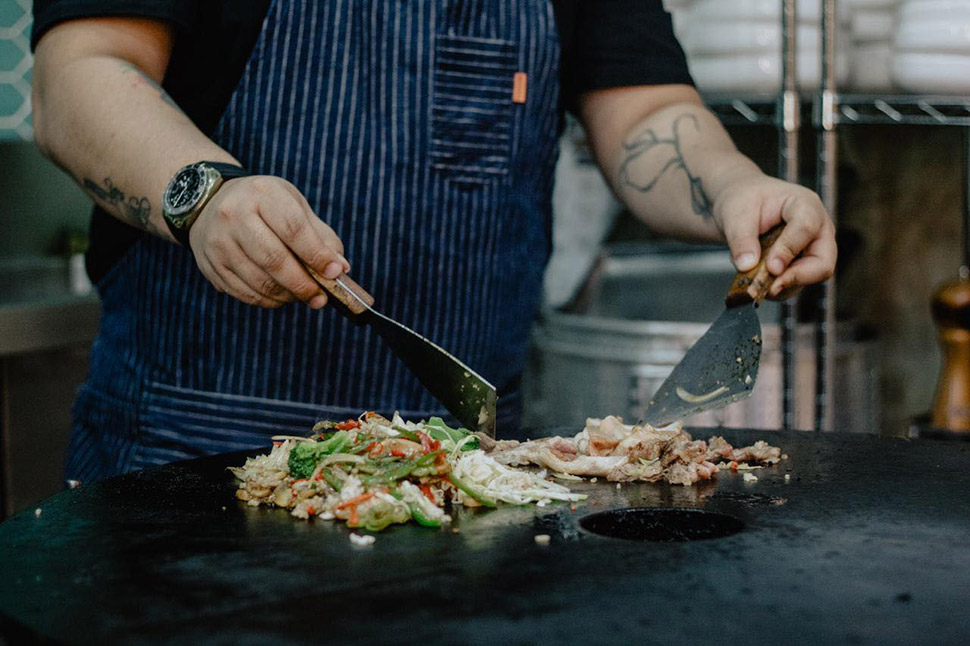 Mongolian rice bowls were a big thing in the '90s, and chefs Kevin Sanchez and Mikel Zaguirre, who also just opened OVO in Poblacion, are bringing it back with Bad Bowl. Zaguirre, who also runs the acclaimed Locavore, was Sanchez's mentor. When the latter's family decided to get serious about opening a restaurant, they decided Mongolian barbecue was the way to go. Zaguirre went on a Mongolian eating spree here and abroad. And, though the new restaurant is named Bad Bowl, the menu only assures you of the good stuff, offering a variety of meat and non-meat proteins, other grains apart from adlai, and 15 different sauces. If you're not into bowls, there are several main courses available, too.

This 1950s-styled diner takes you back to the time when burgers were simple but satisfying things. The specialties are crave-worthy Angus beef burgers, snappy hotdogs, cheesy fries, smooth milkshakes. Anyone can do comfort food, yes, but few can do it this well. There's nothing complicated about the menu and that's the refreshing twist nowadays. Hackensack was also included on our list of new burgers to try.

The vivacious chef Tatung Sarthou has been on a roll lately. A few months after he opened his stunning Talisay restaurant in Quezon City, the celebrity chef came up with Pandan—yet another picturesque venue (designed by the Almario sisters) that allows the playful chef to have fun with the vibrant flavors of Southeast Asia. At Pandan, he opts for full flavors, taking liberty with Asian spices and doing everything he can to make each dish as loud and effective as, well, himself.

Another chef that's keeping busy these days is Robby Goco who, apart from getting married and creating Spanish dishes at Cangrejos Locos, also had time to open a vintage-styled cafe in a restored New Manila mansion along Castilla Street. The cuisine, developed along with chef Chester Velas, is classic and elegant: think gorgeous roasted bone marrow, quintessential Caesar salads, seafood chowder in a boule, perfectly cooked prime rib au jus. The contemporary dishes are supplemented by elevated Filipino favorites like lamb rib caldereta, baked shrimps in laing, and lechon sinigang.

This South American-Filipino eatery opened just last weekend. Award-winning chef Cristina Sunae may not be known locally—yet—but she's the chef who singled-handedly pushed Filipino cuisine in Buenos Aires. Sunae is actually Korean-American, but when her parents separated, her father remarried a Filipino from Angeles. Her repertoire goes beyond her roots, however, Sunae fuses together influences from Vietnam, Thailand, and Indonesia. Sunae, the restaurant in Taguig, is her third restaurant. 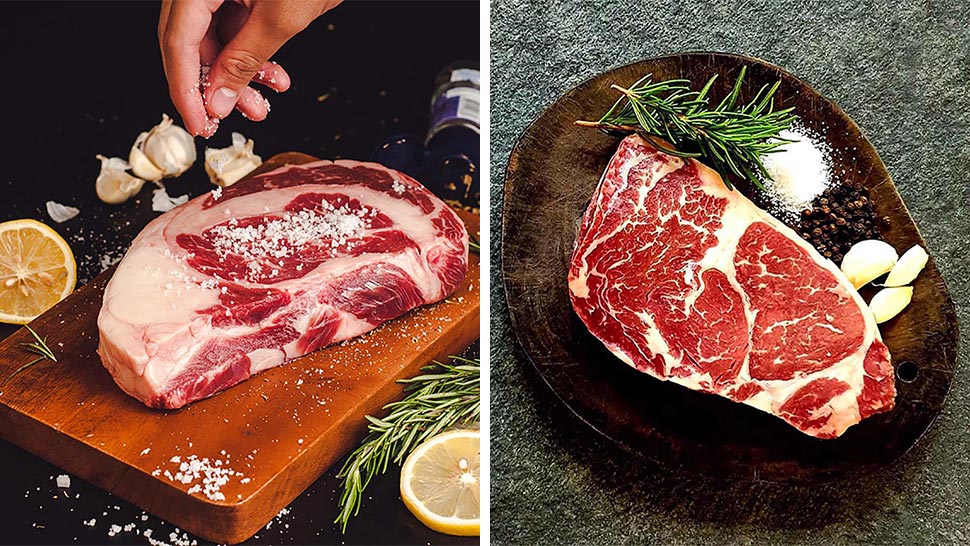 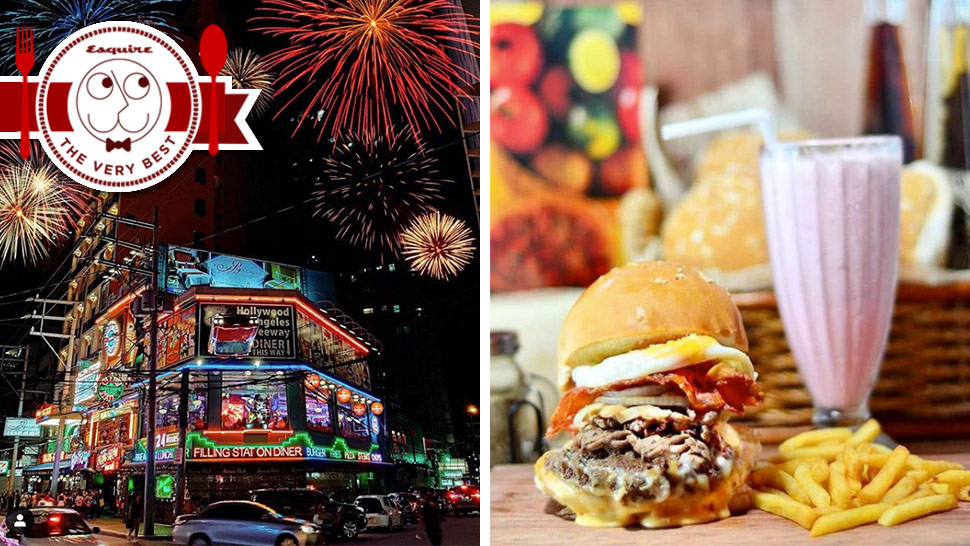