No Restaurant, No Problem-Not With the Underground Supper Club 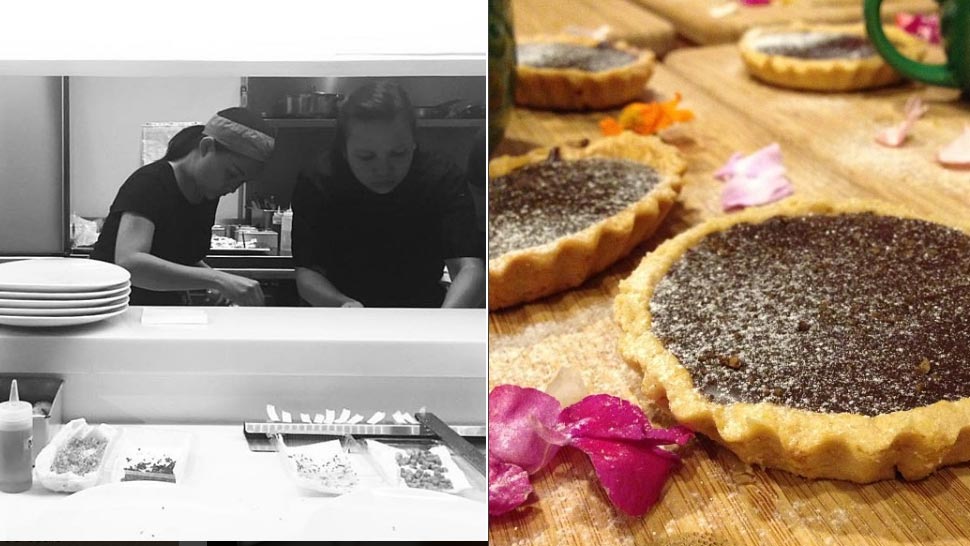 At a youngish 35 years, Miko Calo possesses a steely determination that you would rarely find in women her age. It's no surprise: even before she became one of Joel Robuchon’s assistant sous chefs, she always knew that she could never settle for second best.

“Even in culinary school [Ferrandi Paris, by the way], I already knew exactly where I wanted to work,” she recalls. “I told my instructor ‘I want to work in Atelier Robuchon.’" Her instructor told her that he could probably help, but only if she graduated at the top of her class—which she eventaully did. Her teacher made good on his promise and found her a spot working in the revered Parisian kitchen. From then on, Calo was on an unstoppable train towards her dream of becoming a respected chef. She made a tour of the Robuchon restaurants until she was sent to the Atelier Robuchon in Singapore where she became assistant sous chef.

It was there, however, the pinnacle of her career seemingly within her reach, that her health began to suffer. “It’s the lifestyle,” she admits. “The stress, the late hours, the partying after service to decompress—it all takes its toll.”

Calo returned to Manila and reconfigured her game plan. Luckily, her cousin RJ Galang (Bakeré Cafe) was there to offer support and direction. “She’s very talented,” he proudly shares. “I’m really just here as a sounding board. I give her feedback. But, in the end, it’s still her call.” The cousins teamed up for Underground Supper Club, a monthly—“We might just make it a quarterly thing,” Galang says—pop-up where Calo prepares a six- to seven-course menu. Her style is dominantly French, but her themes go from rustic to nostalgic.

Developed by her training, Calo doesn’t go for flash. Consider her foie gras tart, for example. It's a small tirangle, beige and speckled with chopped macadamia. Neither luxurious nor jaw-dropping visually. “I like that it looks ordinary,” smiles Calo. “Then when people bite into it, they get shocked. ‘Wow! Foie gras pala!’” 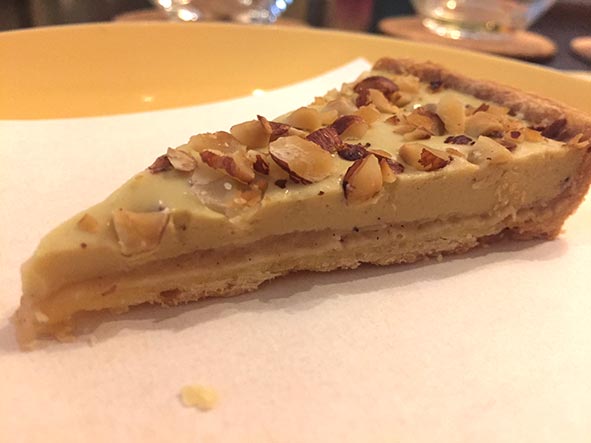 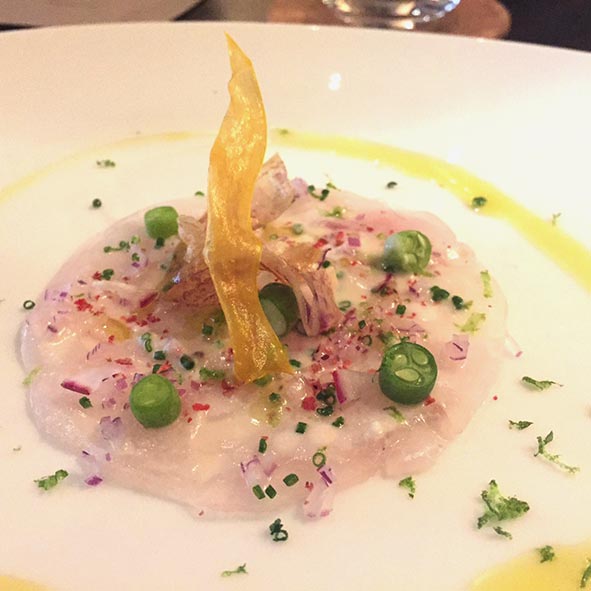 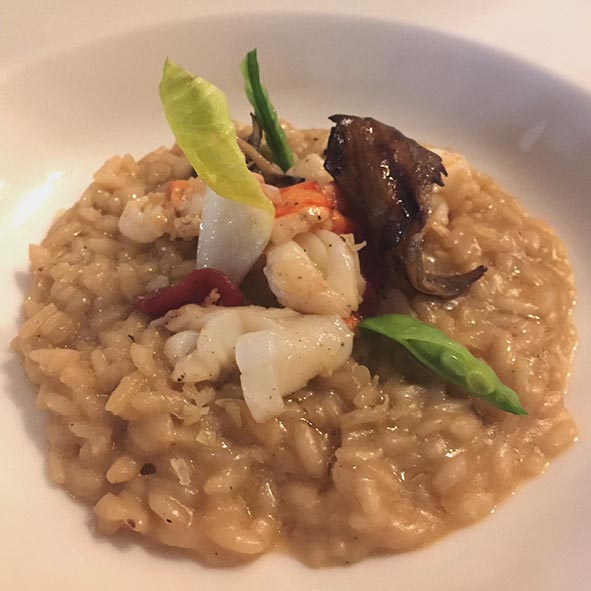 Calo prefers to make a statement with her food through flavors rather than presentation. A meat and potato dish, for instance, will come as a perfectly cooked roulade of lamb adorned with tiny poached vegetables and swathed in jus. The meat is juicy and seasoned like a dream, but the mashed potatoes somehow steal the show. They are Robuchon-style, which people in the know understand to contain bricks of good French butter. Whipped until fine and creamy, that conservative dollop on the plate is simply not enough. Galang suggested, “We can bring out a bowl of mashed potato if you need more.” After tasting a forkful, you will understand why.

While Calo and Galang are in no rush to open a restaurant, they admit that it is still the end goal. They’re taking their time, doing research and development, as well as sniffing out the most important component. “Location, of course, is key,” Galang admits, “it’s really what is delaying everything.”

He believes that Makati will be the right audience for Calo’s brand of cooking. “The technique is definitely French,” Calo points out, “but I would not call what I do French cuisine.” It’s a combination of my experiences, the food I love to eat, the food I grew up with. Everything really.” Galang further explains, “The "concept" is based on flavors that are familiar to Miko having grown up in Butuan and Manila and studying and working in France, London, and Singapore. But all the flavors will be guided by proper French skill and technique. Modern but not pretentious. Classic but not old. Does that make sense?”

It actually does. It’s the kind of self-awareness which makes it even more exciting to see what Calo will be up to next. Perhaps, this is why the Underground Supper Club works for her. “There’s no stress,” Calo imparts. “I really just get to do what I want this time and not explain myself to anyone.” An arrangement that works perfectly for Galang, who is happy to manage the business end of things. We ask: where does this belief and unconditional support come from? Galang’s eyes widen and exclaim: “Have you tasted her food?” Enough said. 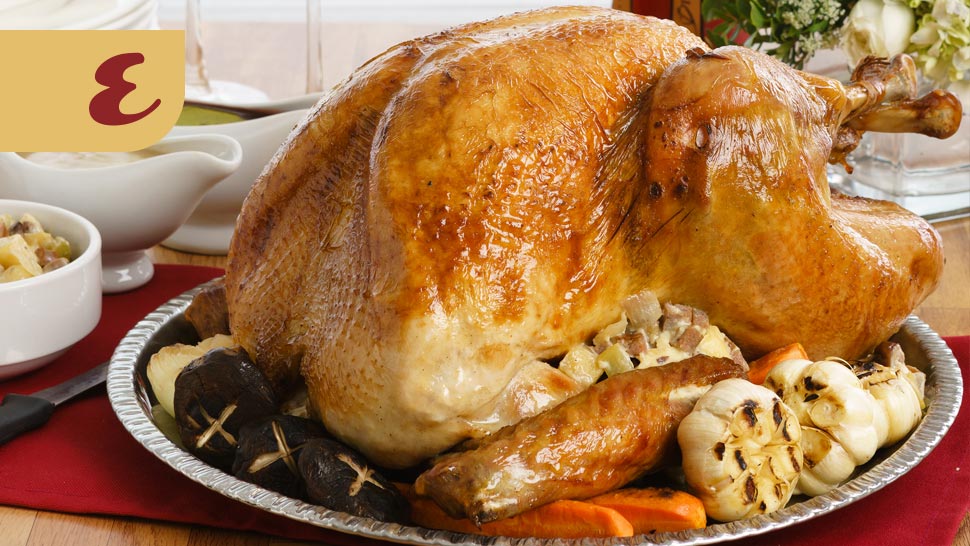 13 Places That Bring The Christmas Turkey to Your Holiday Table 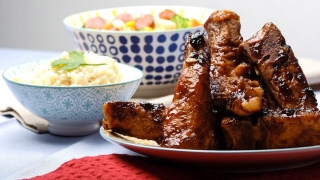