Dining in the dark: A guide to Manila's first blackout restaurant

Noche, the country’s first eating-in-the-dark restaurant, proves to be an enlightening experience. 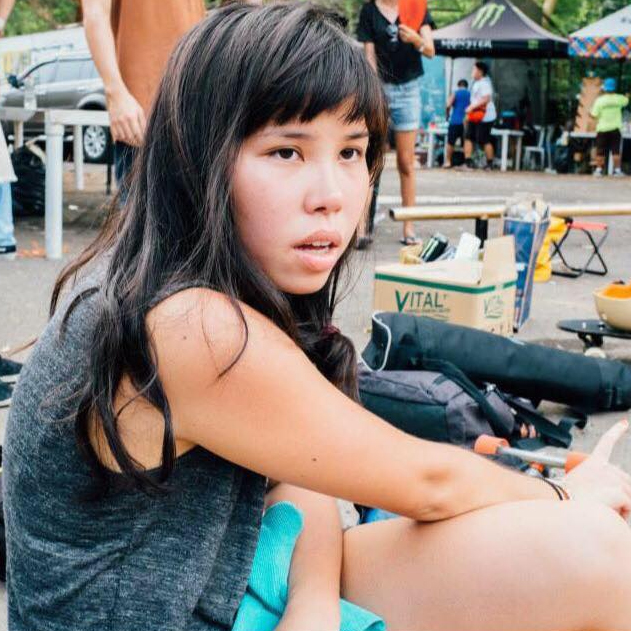 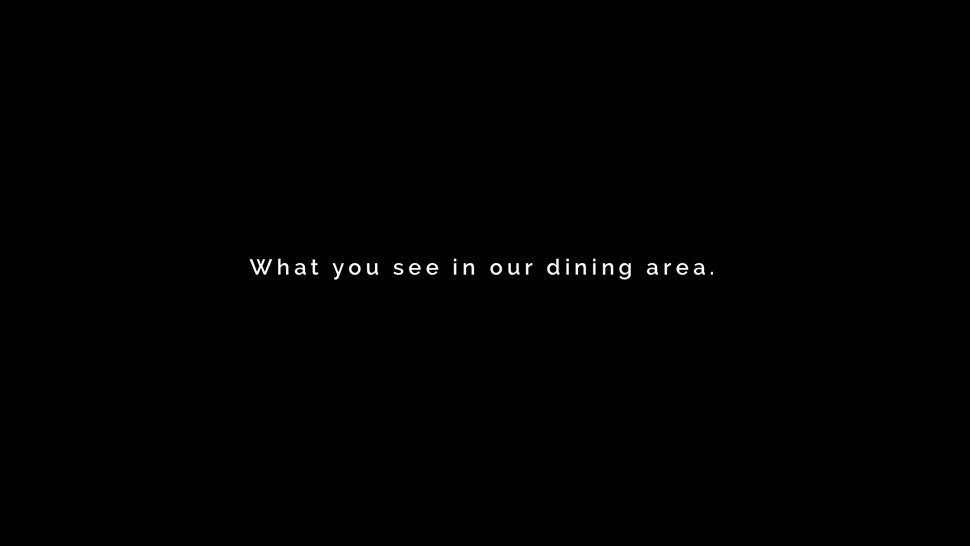 There is something innately mysterious about a restaurant set in a blackout. I went to A.Venue Suites Hotel where I dutifully asked the receptionists to lead me to Noche. Apart from a Rotary Club event and the in-house restaurant Granvia Cafe, they were completely, no pun intended, in the dark. I hesitantly made my way to the fourth floor, assuming that the heavily lit eatery could point me to the right direction.

Much to my relief, the clusters of folks, a mix of equally awkward strangers and familiar faces, assured me that I was exactly where I was supposed to be. I was welcomed by Noche’s Kay Lacap who introduced me to Maribeth Chua and Marlo Lucas of the Resources for the Blind, Inc. Apparently, the Granvia Café serves as Noche’s waiting area where eager diners are served welcome drinks and asked for their allergies and meal preferences.

The “Mystery Menu,” complete with braille subtitles, allows you a couple of choices. Choose wisely among the two-, three-, five-course meals and the meat, fish, vegetarian, and chef options. It is the only exercise of control you’ll be having throughout dinner.

As novel as the idea may seem in Manila, the concept of dark dining has long been lurking around the corners of the global dining landscape. Nearly two decades to be more precise, when the Blind-Liecht foundation introduced Blindekuh (derived from blinde kuh or the German name for "blindfold tag"), the “world’s first dark restaurant.” What appears to be another attempt to pander the food community’s insatiability for the next epicurean trend bears a rather noble cause. Blindekuh’s aim is to create employment opportunities for the visually impaired.

Through the years, a number of variations popped up in different parts of the world. Most have done away with the advocacy and banks instead on the unique experience, albeit the ironic privilege, of having one’s sight suspended in exchange for a one-of-a-kind meal. With one sense gone, the others are supposed to be enhanced, apparently including the elusive sixth sense.

Dazzled by a similar restaurant in Amsterdam—one which stays true to the Blindekuh tradition where the servers are actually visually impaired—Kay’s fixation with the concept endured, especially after previous dark dining pop-ups failed to offer what she considers the most significant element of the concept: the experience of being led into the unknown comforted only by the guidance of those who've lived this circumstance throughout their lives. Noche stays faithful to these traditions.

With the help of Resources for the Blind, Inc., a non-government organization that champions the rights of the visually impaired, Kay and her partner Tasha Reyes managed to employ a team of highly able individuals who were trained for only two weeks.

Employing the visually impaired goes hand in hand with the entire experience of dining in dark. “They're well suited for the job more than anyone else. There are over 500,000 so why not offer more employment to them?” Kay declares. “I have been working with them for a couple of months now and it has been a fascinating experience. They teach me more.”

We were led to Noche’s lounge area in batches and introduced to our servers. After being informed of the basic rules, which primarily involved us depositing our belongings for their safekeeping (mobile phones are strictly forbidden) and reminded that we could call out our corresponding server in times of need or discomfort, it was time to enter the void.

Our server made us form a chain as we entered the restaurant. I surrendered my trust to our guide, also simply because there's barely any other alternative. My initial hesitations of feeling claustrophobic faded away and somehow it felt like walking into a wide open nothingness. It was a visceral scene straight out of Insidious in which I slip into the Further, a purgatory realm reached by astral travel—only, it wasn’t scary at all.

After a couple of lefts and rights, we found our way and my little metaphysical field trip had come to a halt. Left to our own devices as our waiters fetched our starters, the silence was refreshing and not the slightest bit awkward. For a while, we could all just pretend that we weren’t each other's company. Eventually, we began to chat, a conversation that grew into something much more warm after a few minutes. Without a phone to use as an excuse, we were driven back to good and actual talk to entertain us.

In no time, I found myself sincerely enjoying our exchange only to be cut off by the unexpected presence of our servers. Giddy from excitement and absolutely famished, I was under no obligation to mind my manners. I dug in, knowing that no one could see me invoke my primal instincts as I poked, prodded, and sniffed my food. The part I enjoyed the most was not so much about wanting to find out what the food was but more about the pure titillation of approaching each meal with naiveté and genuine curiosity—a joy we have lost in the age of #aesthetics and #foodporn. Without the obligation to take a photo of my course, I just dove right into it.

Three courses in the dark later, I was ready to slip into a food coma only to be promptly asked by our servers if we were done so that we may be escorted back into the light. Once again forming a human train, we made our way out only this time, more relaxed and uninhibited. Outside, a display of what we have eaten were laid out for reference, a thoughtful way to end the experience—closure, so to speak.

Equal parts pleasure and discomfort, dining in the dark is, in a word, curious. I enjoyed the multisensual gratification made by halting my ability to see, but more importantly, with the tables turned, I had to confront the reality of those who are denied of their sight in various degrees of distress. Beyond mere gimmickry, what Noche offers is a meal that provokes just as much as it satisfies.

Noche will open to the public on October 14. Dinner slots are available Friday to Sunday at 6 p.m. and 8 p.m.; http://www.dineinthedarkmanila.com.

About The Author
Jaimie Tintiangko
View Other Articles From Jaimie
Get The Latest Updates From Esquire!
Subscribe to our newsletter!
Latest Feed
Load More Articles
Esquire Money 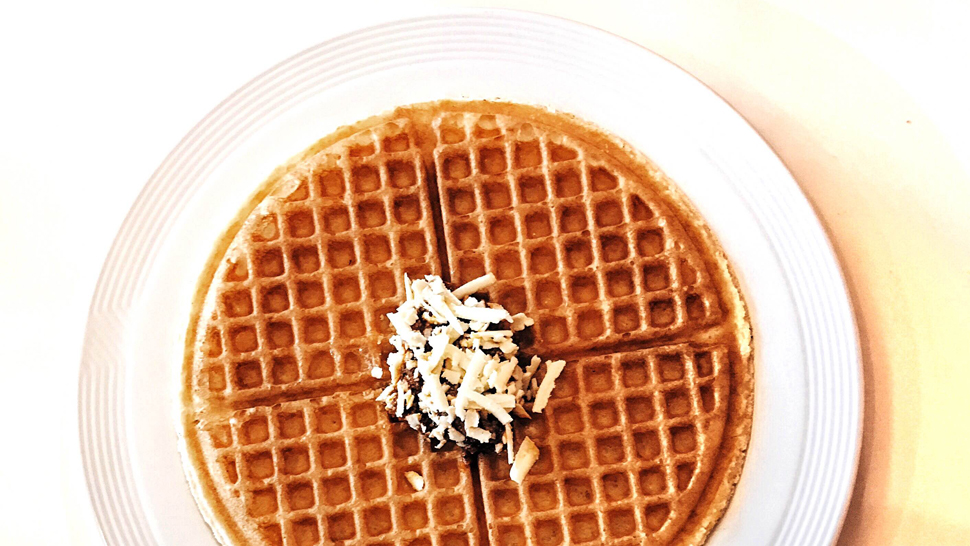 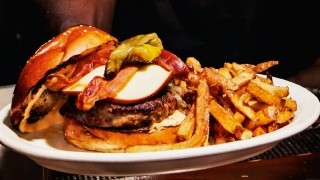