Worth it, if just for the pork tacos. 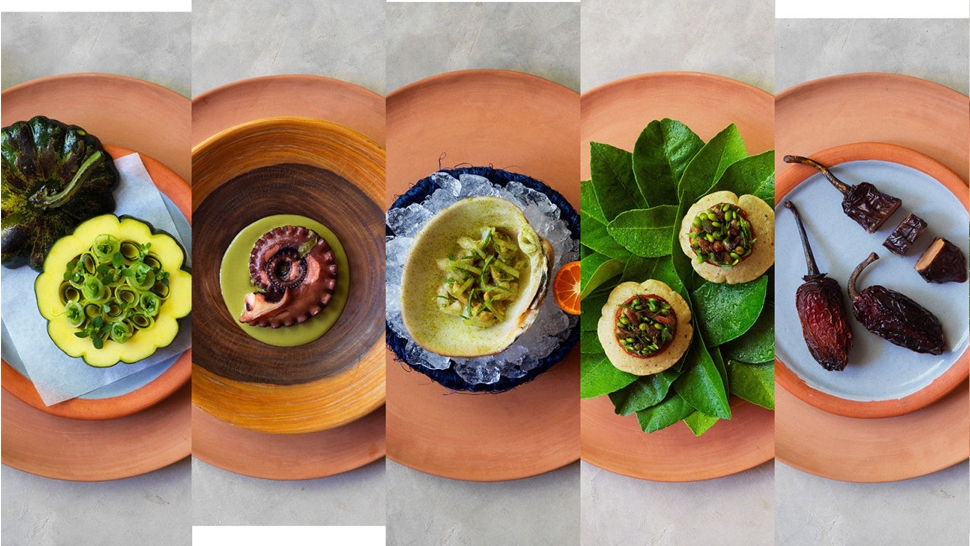 Even the credit card company was in disbelief. The text read: "Chase Fraud—Did you use card ending in XXXX for $1500.00 at NOMA MEXICO on 4/30?"

Yes, credit card, I had just bought two pre-paid reservations to Noma Mexico, the seven-week pop-up from one of the world's best restaurants. The tickets were $600, plus $150 for service and tax, and they sold out in about three hours back in December.

The chance to take part in the most enviable meal of the year came through a friend of a friend, as such opportunities often do. This was pioneering Nordic chef René Redzepi's final pop-up before the new version of Noma opens in Copenhagen later this year. And it was in the country that Redzepi has practically adopted as his own. But I had to chew on the possibility for a few days. I blame my children—going would require an army of babysitters to watch them. Plus, $1,500 is a touch more than the average dinner and a movie.

The tickets were $600, plus $150 for service and tax, and they sold out in about three hours back in December.

The allure of eating caviar out of a young native coconut with a handcrafted wooden spoon won out, though; coconut and caviar always wins out. Experiences matter, I told myself. Plane tickets and hotels were booked. Children were handed over. This would be our first time leaving the brood, ages 1 and 4, behind. Gulp.

Was it worth it? Yes.

I had never been to Noma in Copenhagen, because while I was there they were doing a pop-up in Tokyo. The mega-success of that project led to the Noma Sydney pop-up, where plans for the Mexico pop-up were concocted. The term "pop-up" itself alludes to something impermanent and impromptu but still great, like Thom Yorke doing a little solo acoustic gig after a concert. It would be nice, but not as spectacular an endeavor as all of Radiohead creating a brand new concept album with instruments we've never heard them play before and performing it live to thousands. That was the level of intensity that greeted us at Noma Mexico. 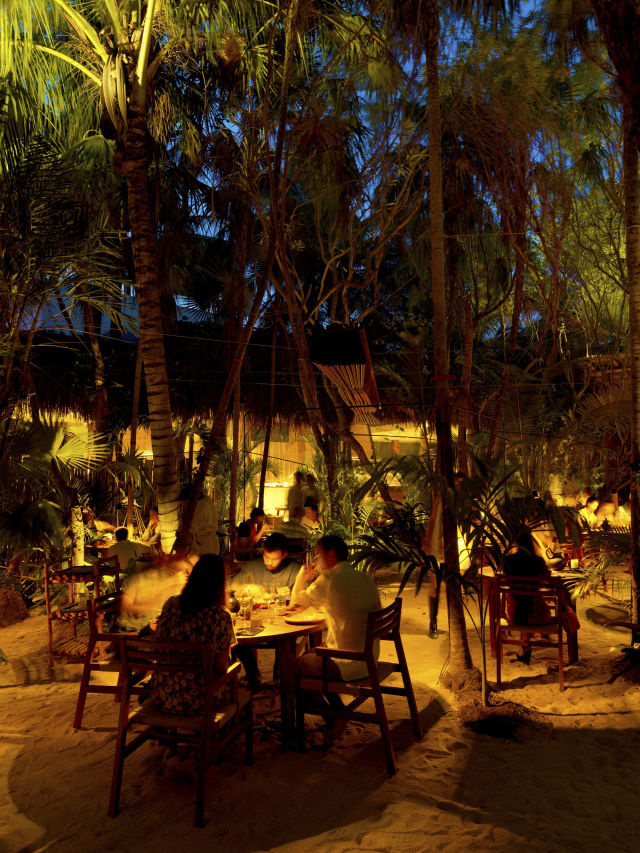 When we arrived after a four-hour flight and a 90-minute drive, I was surprised at the polish of the space. It looked more one-with-the-jungle than nearby Hartwood—the seven-year-old restaurant that helped make Tulum a culinary destination with its primal, firewood-fueled cuisine—and the newish Arca, your best bet for an innovative open-fire meal in the area. (Get the charred snap peas.) Long a spot for yoga retreats and beach bums, Tulum retains its eco-friendly and chill vibes, but you'll increasingly find boutiques hawking $150 bathing suits, with restaurants for boho one percenters to match.

Noma's open-air dining area—with artful lighting, handmade tables, and jute chairs—was Scandinavia gently transplanted into the tropics. Practically no trees were cut down, so a natural canopy of leaves hovered high above, letting in streams of photogenic light. The floor was sand—you could show up barefoot, if you wanted. A staffer told me that Colibri Boutique Hotels who provided the land and physical restaurant, may turn the space into a market after Noma's short tenure ends May 28. After seeing the breadth of the space, it's kind of amazing the tickets didn't cost more. 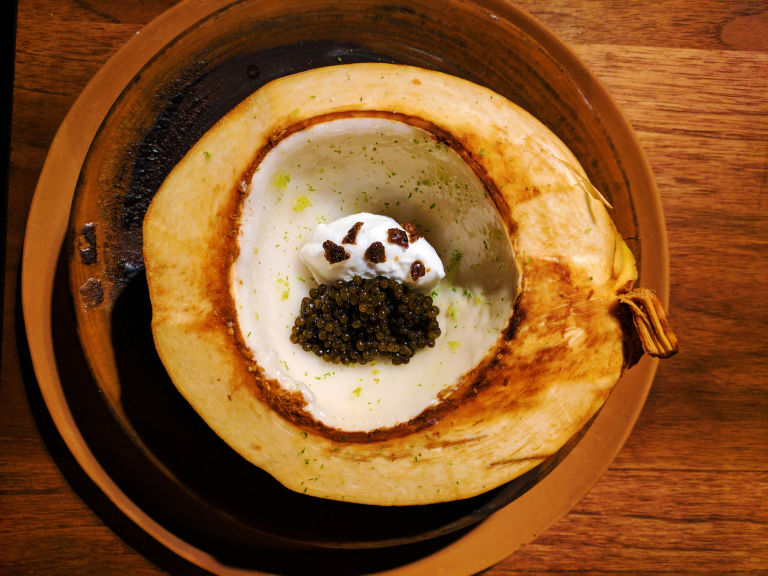 The kitchen, which was staffed by about 60 people and appeared to be the width of a football field, was a marvel. Four cooks from the Mayan community of Yaxunah sat front and center, making tortillas by hand over firewood. The first part of the 15 courses, from the edible flower and Champagne to the brilliant banana ceviche topped with kelp oil, were lovingly composed in the right half of the kitchen. The second part, from oyster tacos to a sorbet made with rare Mexican chocolate, was prepared on the left. An open-fire grill the size of a small pickup truck was the kitchen's crown jewel. A platter of pig skulls that had been roasted previously sat atop it—a primal, Lord of the Flies touch in an otherwise slick workspace.

The food felt alien and familiar all at once. It wasn't Mexican, per se. It was the seasonality, sustainability, and innovation that makes Noma what it is, unleashed in a country that is home to some of the most vibrant foodstuffs in the world.

The food felt alien and familiar all at once.

Key elements wove their way into various courses, creating a heady tapestry of native Mexican ingredients. Take corn, for example: The corn for tortillas was soaked in water, which became the broth base for a bowl of edible flowers, the restaurant's version of a classic sopa de lima. The dough from the corn was first seen in the form of a delicate, crunchy puff of Salbute wearing a crown of dried tomatoes and chapulines (grasshoppers). It was later baked into a blackened natural oven that cracked open to reveal a moist, just cooked Mayan octopus. ("It's more chill and tender because it's from the Caribbean," a cook quipped.) And, of course, corn ended up in the tortilla holding the "Cerdo Pelón," the acorn-fed Mexican cousin of the famous Iberian pig that capped off the savory portion of the menu. The bite-sized taco contained bits from all parts of the pig, head to tail, and was good enough to build a fast-casual empire around. As for the cold coffee served for dessert, made from Chiapas beans and sweetened with wild honey? I would buy it by the gallon. (While I'm rattling off standouts, the creamy sauce made from avocado leaf and served with pumpkin cooked in a pumpkin was practically hallucinogenic.) 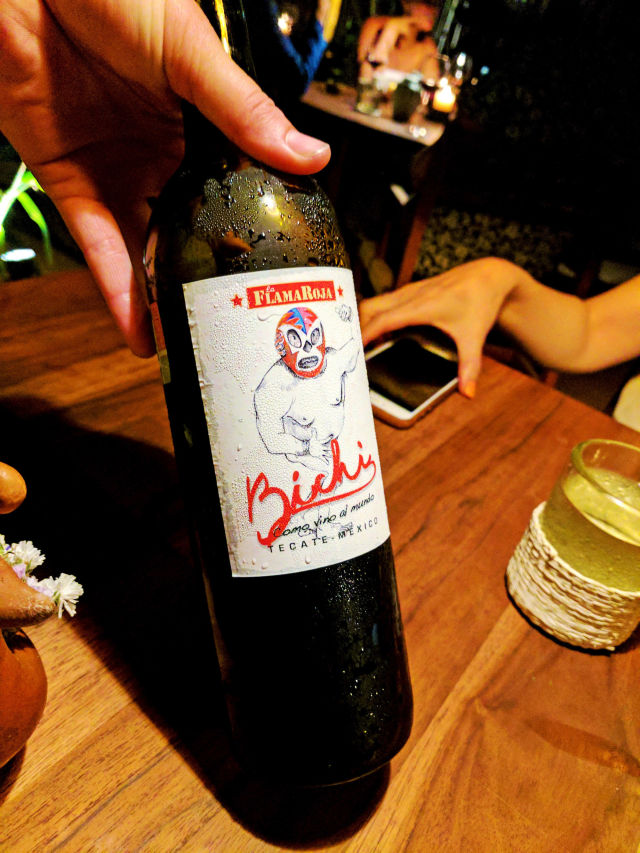 There were other ingredients that reverberated throughout the meal, too. Foraged sea vegetables, with their other-worldly green color and unexpected flavors, dotted many dishes. "Is there a foraging team?" we asked. Just one dude. "Simon goes out to the beach three times a week," we were told. Vibrant local lime, wholly unlike the three-for-a-dollar stuff we are accustomed to, adorned the delicate, gel-like coconut flesh holding caviar and melon clams, which a cook claimed were the best he'd ever tasted. (In an avocado dessert dish, the lime-like flavors actually came from ants.) The beverage pairings, from mead to mezcal, were heavily Mexican, showing off the breadth of bottles produced there. The biggest surprise: a natural wine from a vineyard so old the winemakers were unsure of the variety of grape it was made from. Spice, which Redzepi said will be further woven into Noma's vernacular, resonated across the menu, from the mind-bending combination of tropical fruit and chile de árbol to the mole made by Redzepi's collaborator Rosio Sanchez. It stuck with us long after the handmade earthenware was whisked away by the smart, Birkenstock-clad staff.

There were moments in between courses when my mind wandered toward more political issues: Is this cultural appropriation? Is the localism of the food essentially nullified by the fact that a majority of the diners are traveling thousands of miles to eat here? Is setting up an uber-luxury experience in a country where the average minimum wage is $5 a day wrong? Tough questions. In his review, L.A. Times food critic Jonathan Gold likened it to denouncing Francis Ford Coppola for shooting Apocalypse Now in the Philippines—would the masterpiece exist if Coppola had not done so? I tend to agree with that assessment. It's a question every land (or cuisine) that has suddenly been discovered grapples with. To its credit, Noma is making donations to a Mayan charity and offering scholarships to Mexican culinary students.

At the end of the evening, four hours later, even after sipping a beautiful mezcal at the bar—which now takes $100 walk-ins—the spice from the Mixe chile that had wrapped the Jaguar cacao sorbet lingered on my palate. I was still pondering the meal as we crossed the street back to our hotel. The takeaway: Experiences do matter. I would do it again in a heartbeat. 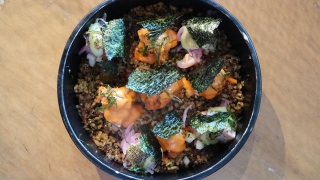 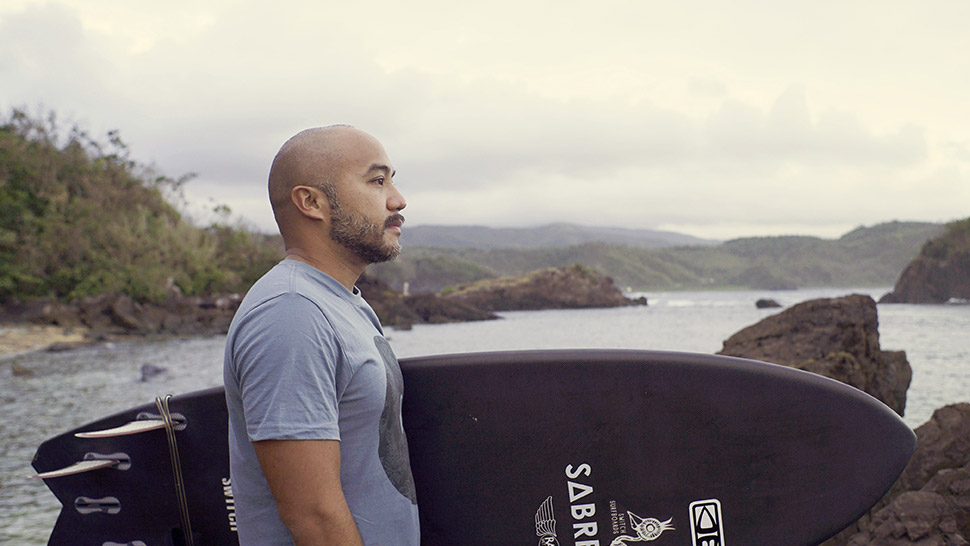