This little kiosk grew into an actual business in just one year. 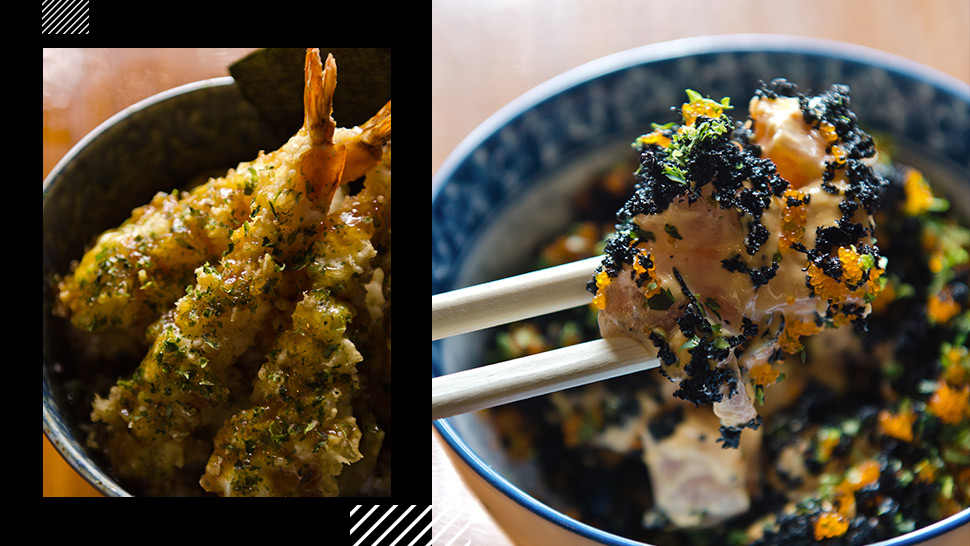 Cayetano initially struck gold as a stockbroker, but his newfound wealth went as quickly as it came. The resourceful 28-year-old needed to hustle, and he immediately thought about his brother-in-law, Chef Jorge Mendez.

They first planned for a Mexican joint in a space they found on bustling Tomas Morato, but after studying the market, they realized that what they wanted wasn't exactly what Quezon City wanted. They shifted gears and worked on a Japanese idea, a cuisine with which Mendez has professional (he used to be an R&D chef for a Japanese chain) and personal (when he was a kid, one thing that his mom always prepared for their meal was sushi rolls) experiences. 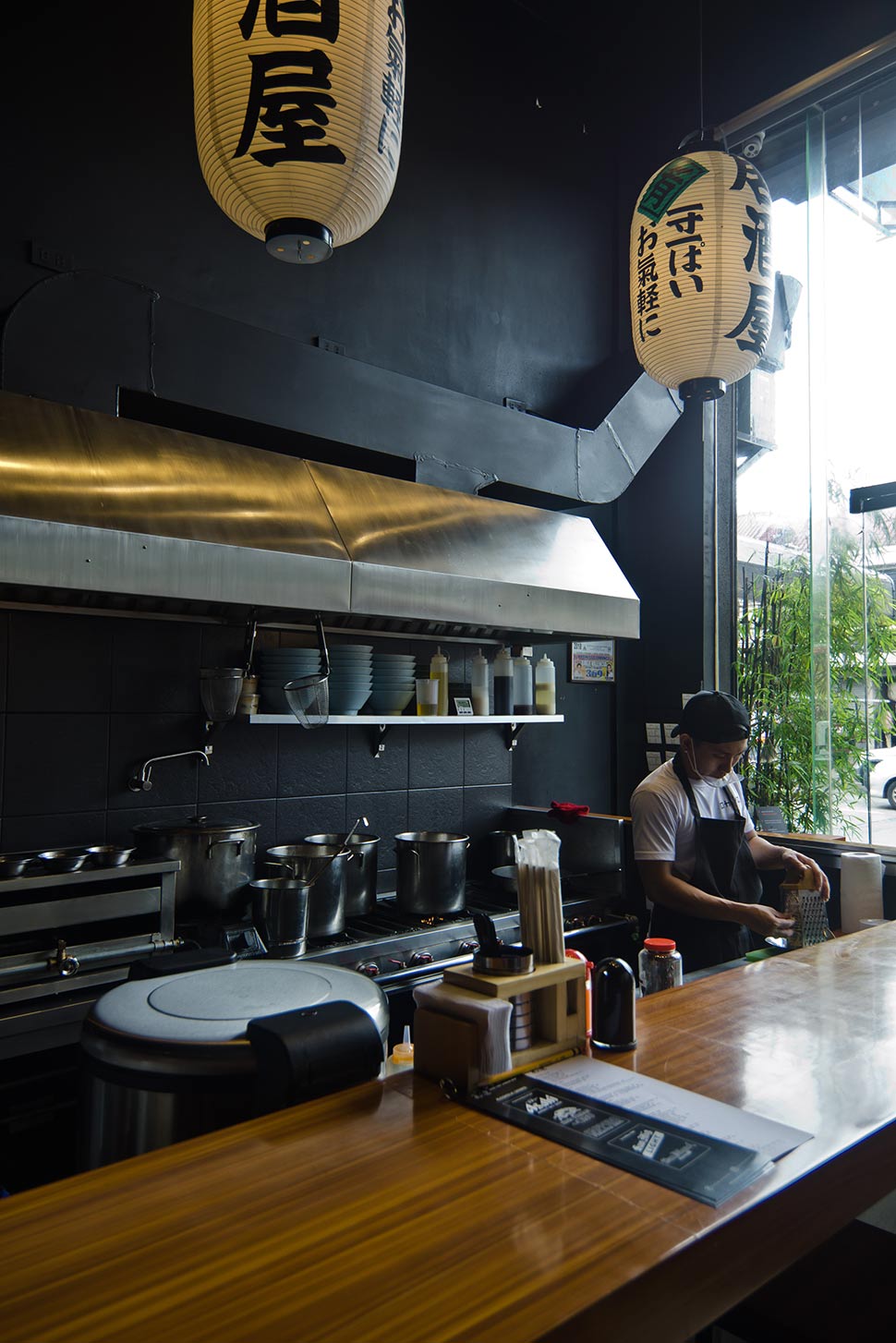 The bigger Ohayo restaurant is on Granada street. Its predecessor, a stall on Timog, remains open  to remind the owners of their humble beginnings. IMAGE: Kai Huang 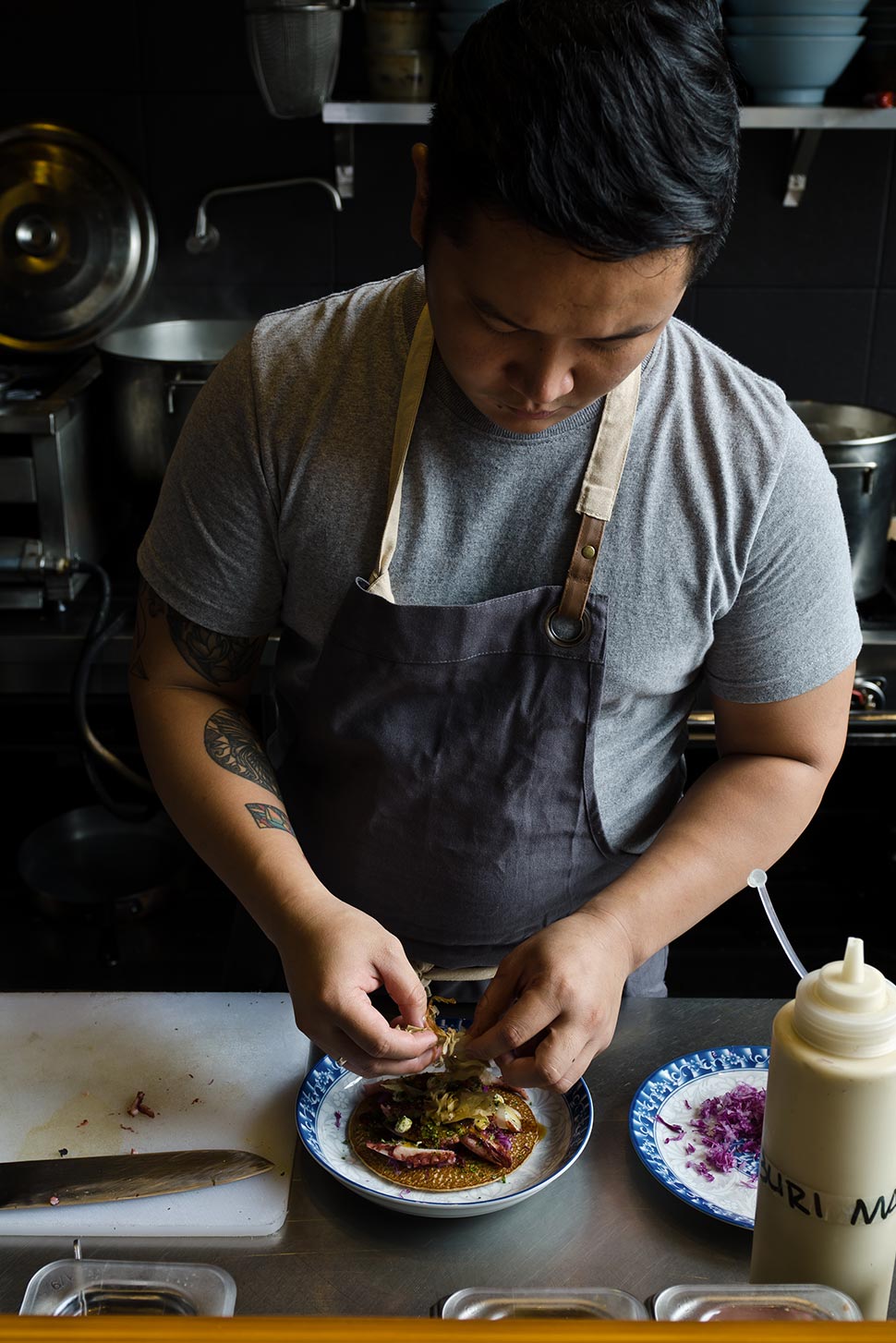 ADVERTISEMENT - CONTINUE READING BELOW
Chef Jorge Mendez runs the kitchen, having diligently done his research to come up with his Japanese dishes. IMAGE: Kai Huang 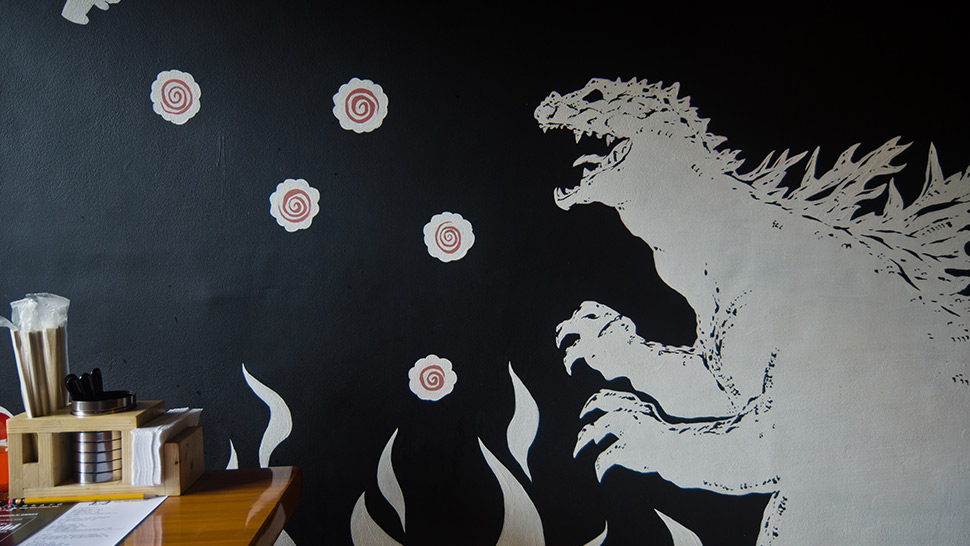 On June 15, 2017, they opened Ohayo ("hello" in Japanese), a humble stall situated roadside. Times were tough at first: they only attracted about one or two customers a day. They came up with P99 maki rolls and the shop suddenly became a hit. Ohayo began luring crowds that lasted till the evening. This windfall, however, stopped four months later, when public works shut down their operations.

The two scrambled for a new location. Believing in the brand and taking advantage of the hype and following Ohayo had created, they settled on a former light store on Granada Street. With three storeys and 780 square meters, Ohayo became a grander project than they originally planned. Enter Richard Legarda to help them with the day-to-day operations. 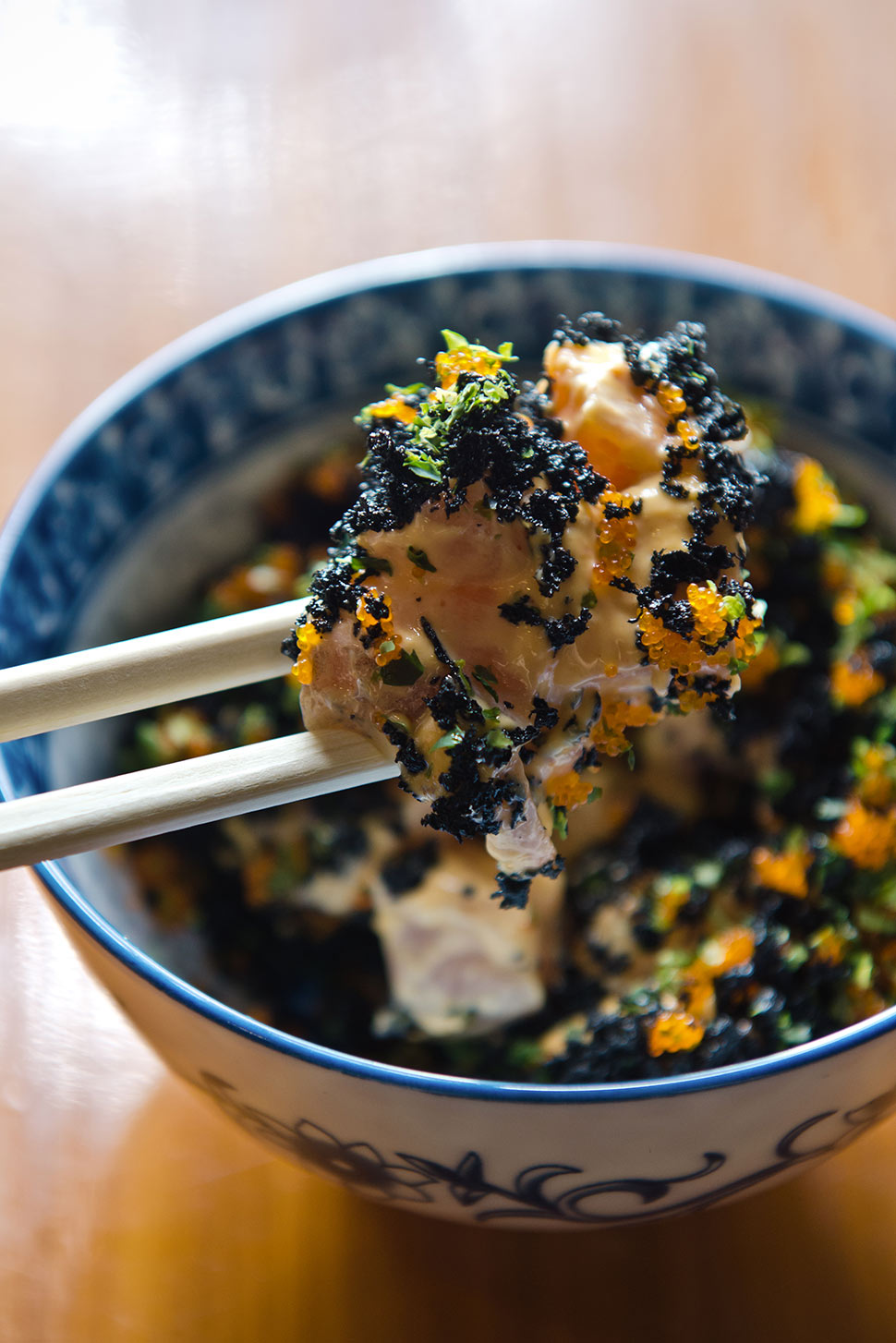 A spicy salmon salad that delivers taste and texture with every mouthful. IMAGE: Kai Huang 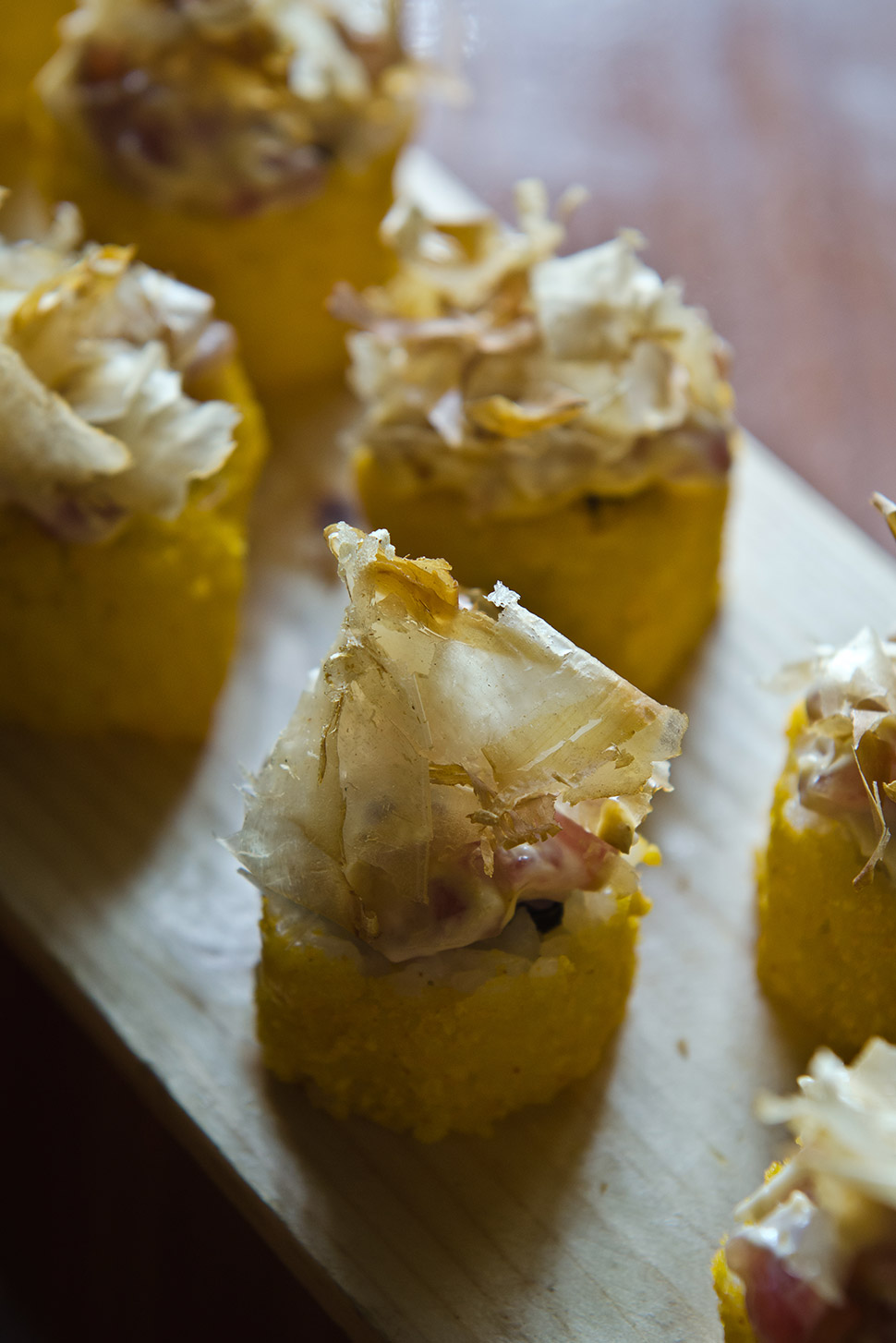 In a fun twist, this sushi is rolled around in Cheetos powder. IMAGE: Kai Huang 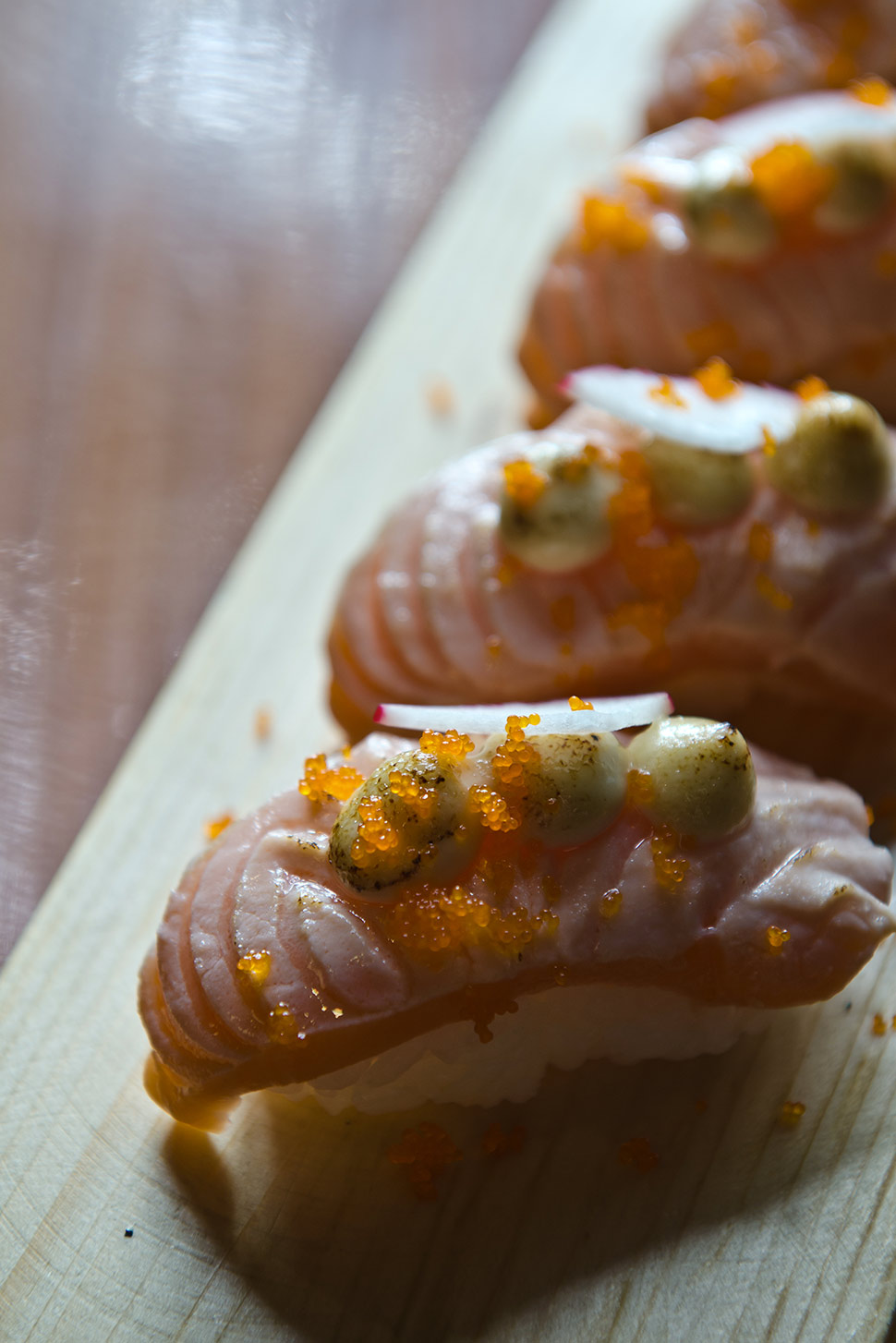 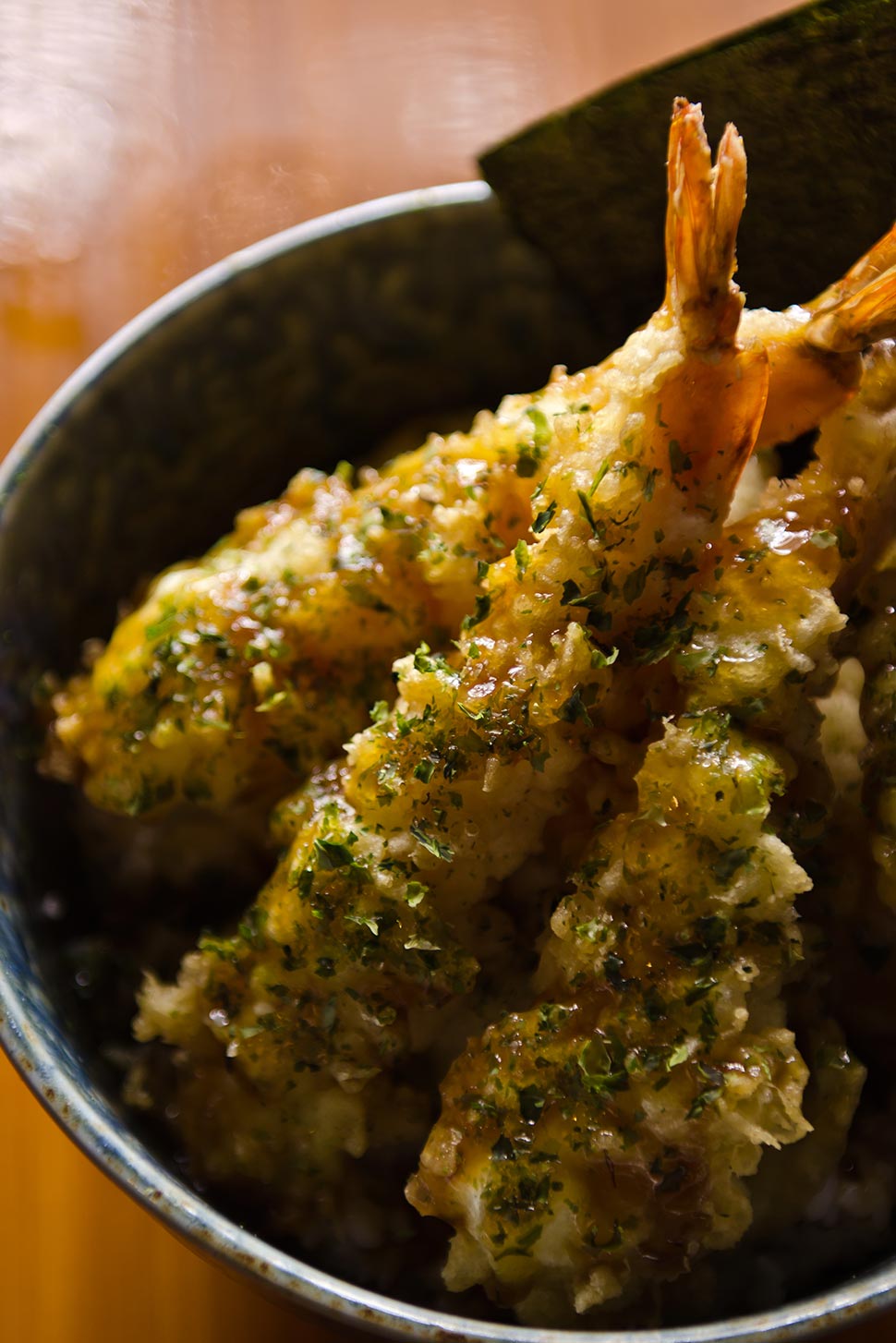 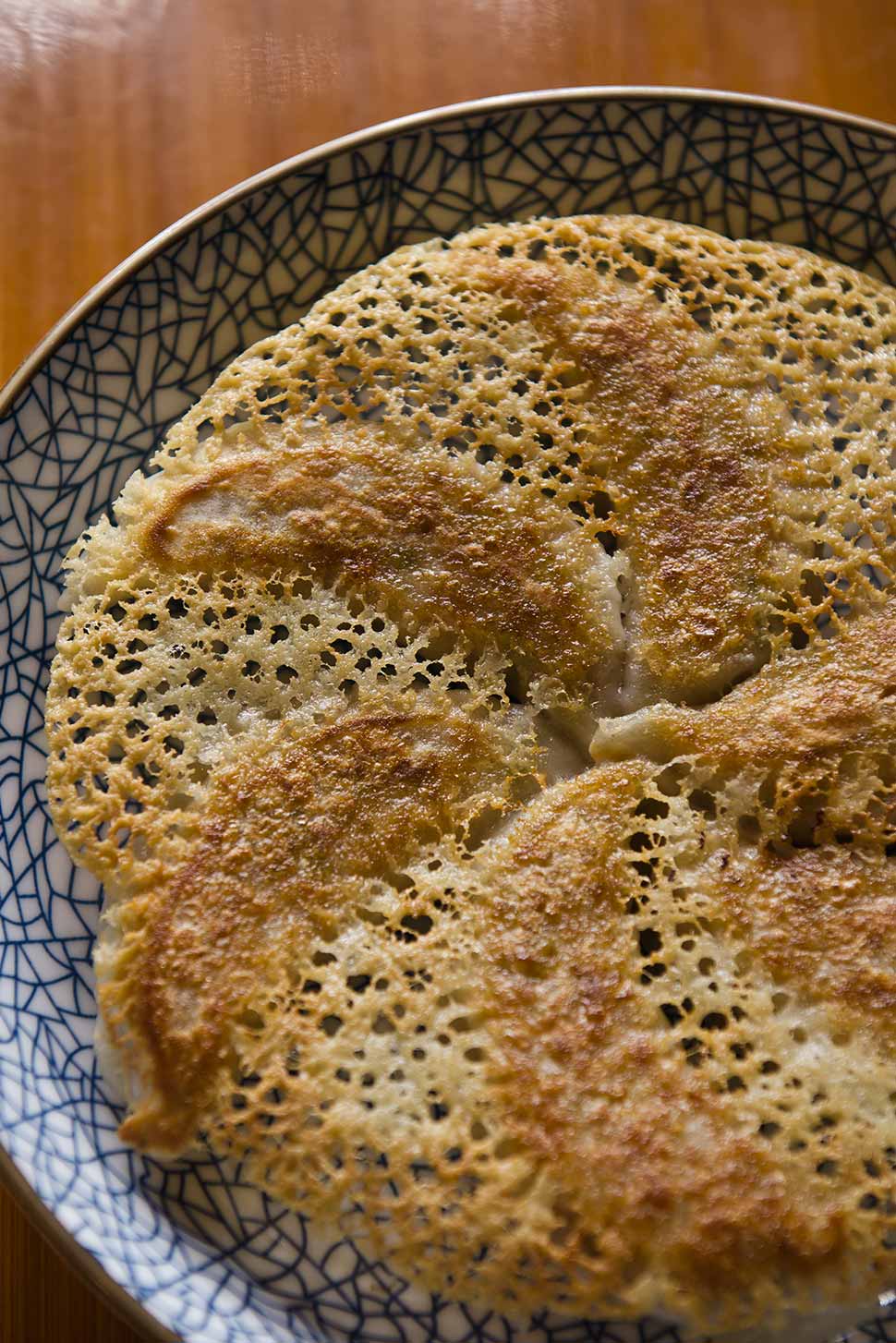 The gyoza is just as thought-out as the more highlighted dishes on the menu. Each serving is huge and plump with filling. IMAGE: Kai Huang

“We were doubtful at first because we hardly see people in the area,” confesses Mendez. “But we thought, restaurants in the strip such as Mien San Noodle House have lasted for more than 20 years so maybe we just didn’t see them.”

Admittedly, the guys felt lost. “The concept was kalat. Whatever we initially had at the stall was what we put in the menu of the restaurant first. Plus, the construction had our funds running low.” But luck was on their side. Ohayo was featured in a local television show and the long lines returned. Everything else fell into place.

A bigger and better Ohayo opened on January 25, 2018 to a, well, unimpressed market. “We had many complaints and guests would leave disappointed,” claims Mendez. “I knew we had to offer something else apart from maki. So I added ramen. Even then, I wasn’t happy with the food we were sending out.” He hit the books, studied their products, and even tried Japanese delicacies when he was sent to Japan for another job. “My palate got more exposed and I had authentic ramen to compare to and learn from. I discovered that less is more and that I actually only needed three ingredients to make a good stock.”

After adjusting the recipes, customers started to return—and even helped spread the word. “They’d come back with more people. Our sales then tripled and quadrupled. Before we were happy already when we hit P25,000 a day. We would treat the whole team to food. But in just a few months, it has never gone below that mark.” 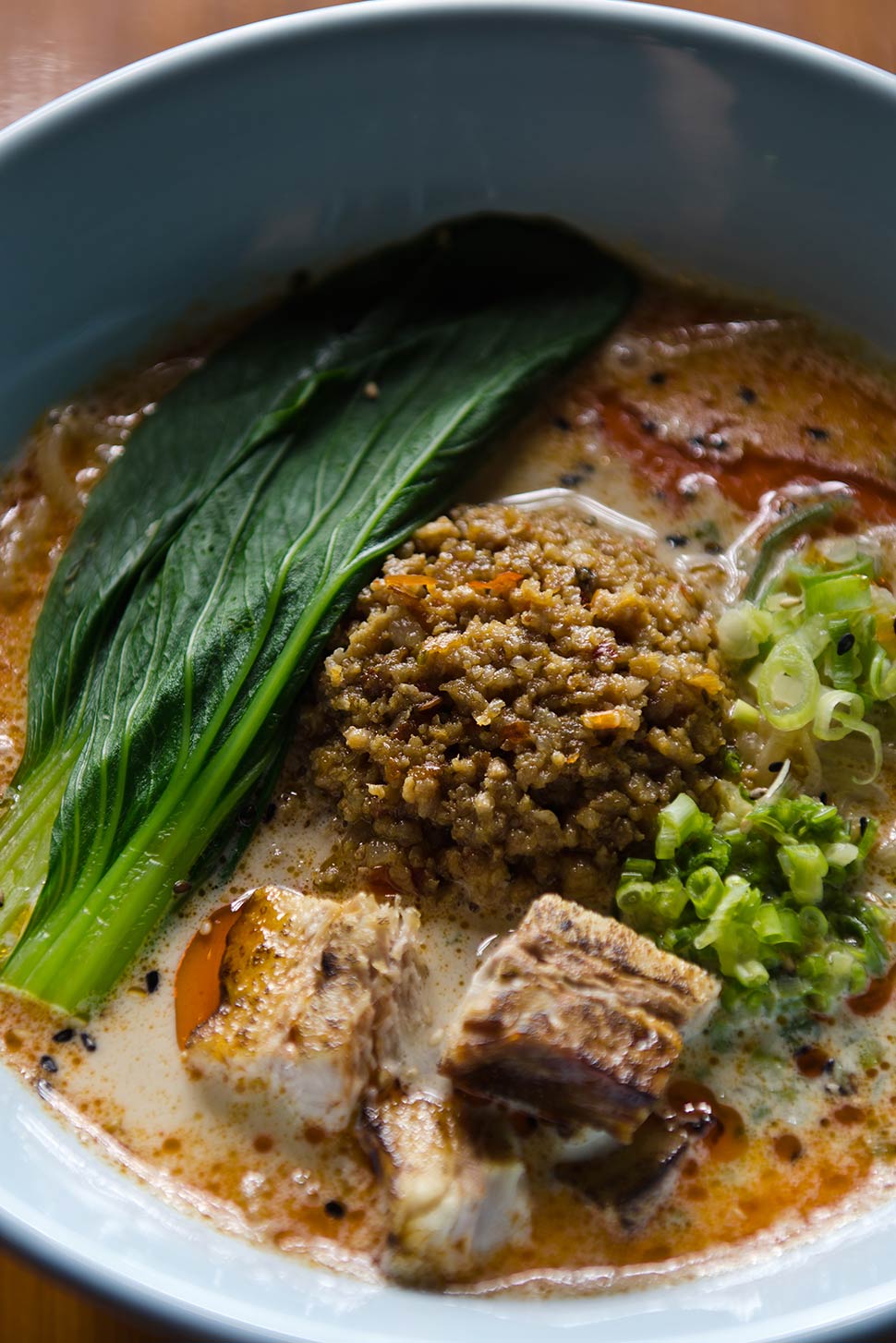 ADVERTISEMENT - CONTINUE READING BELOW
Ramen is what separates this restaurant from the original bar. Chef Jorge does a worthy tantanmen with melt-in-your-mouth cubes of pork. IMAGE: Kai Huang 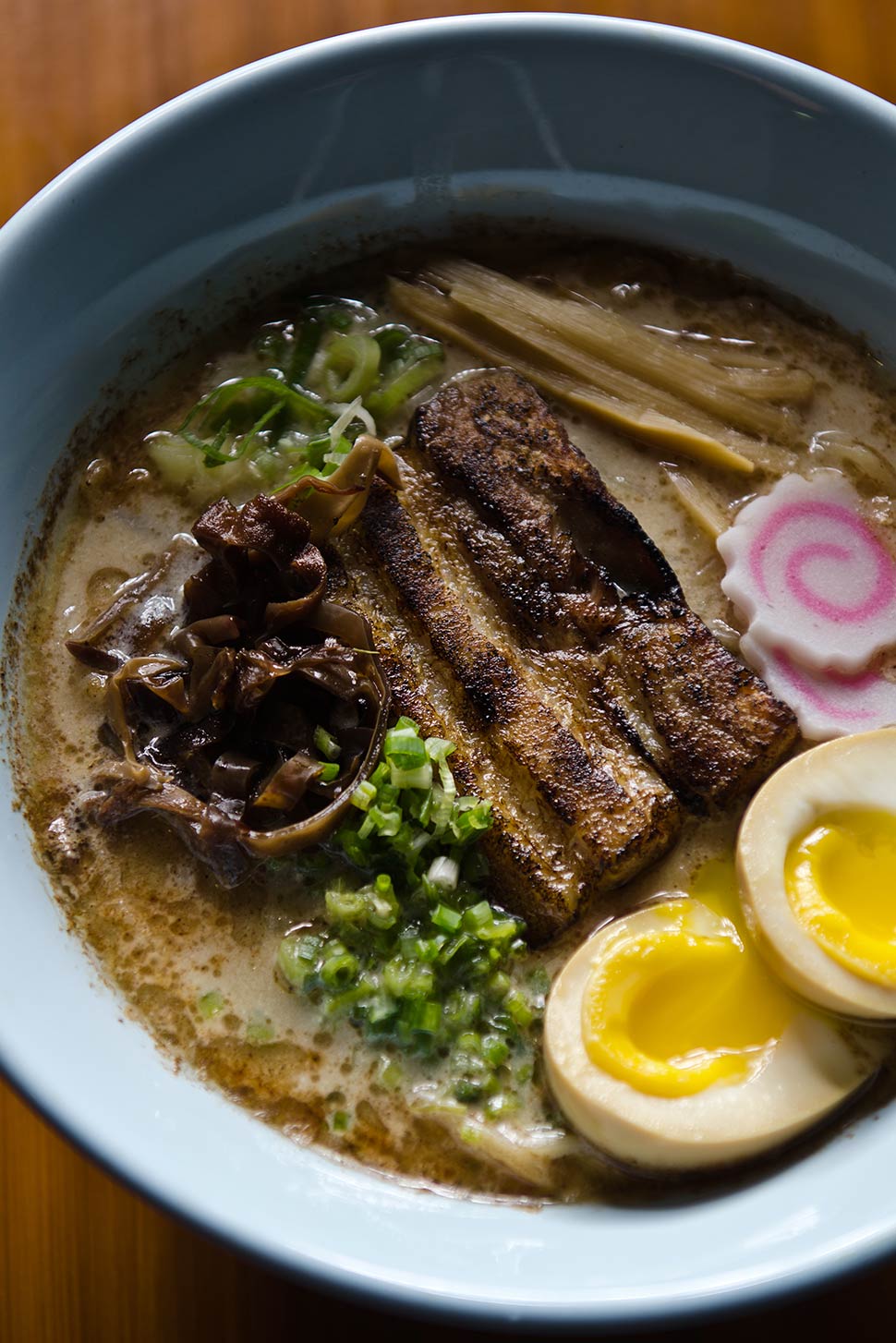 The charsiu in his ramen feels like perfectly cooked liempo. IMAGE: Kai Huang 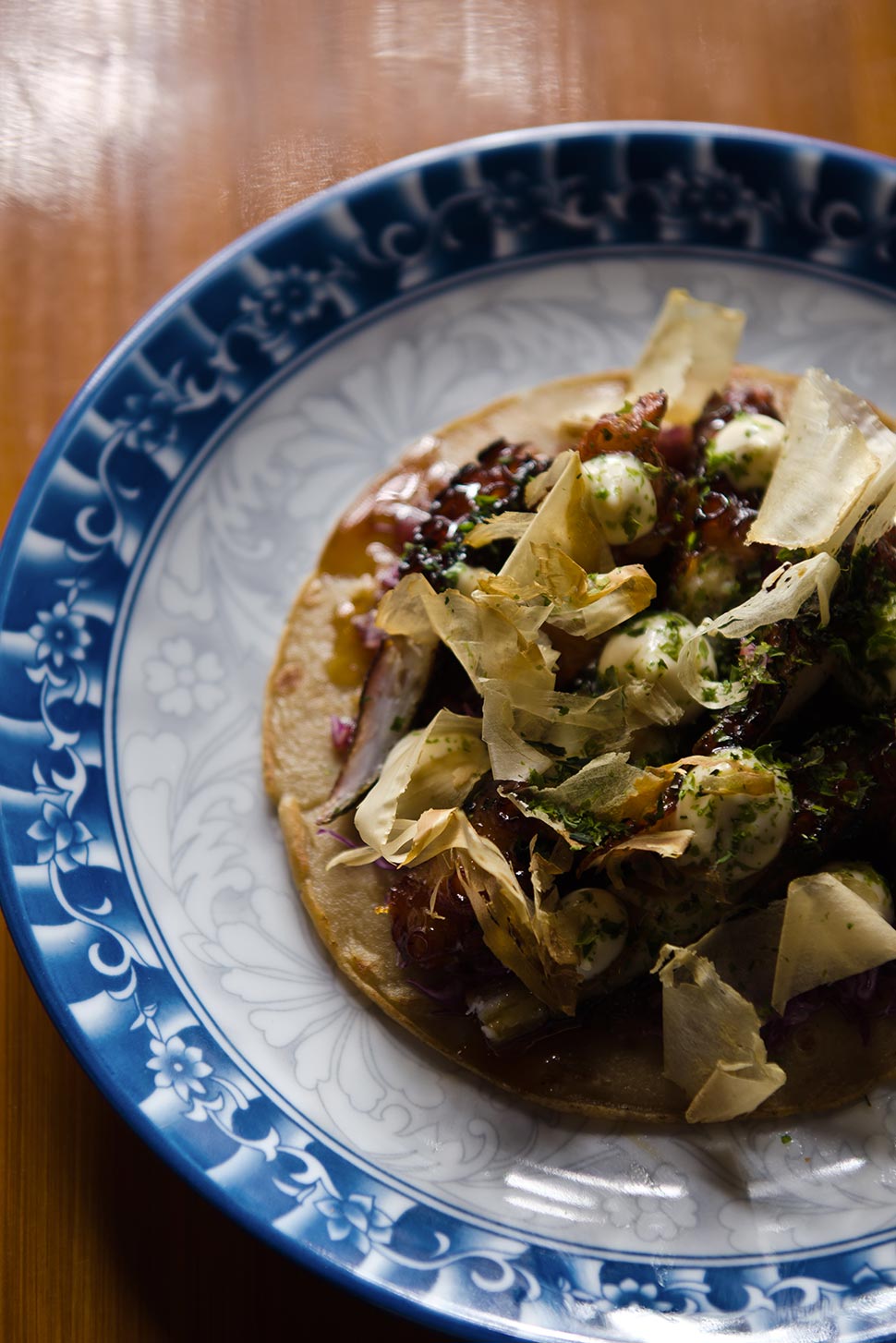 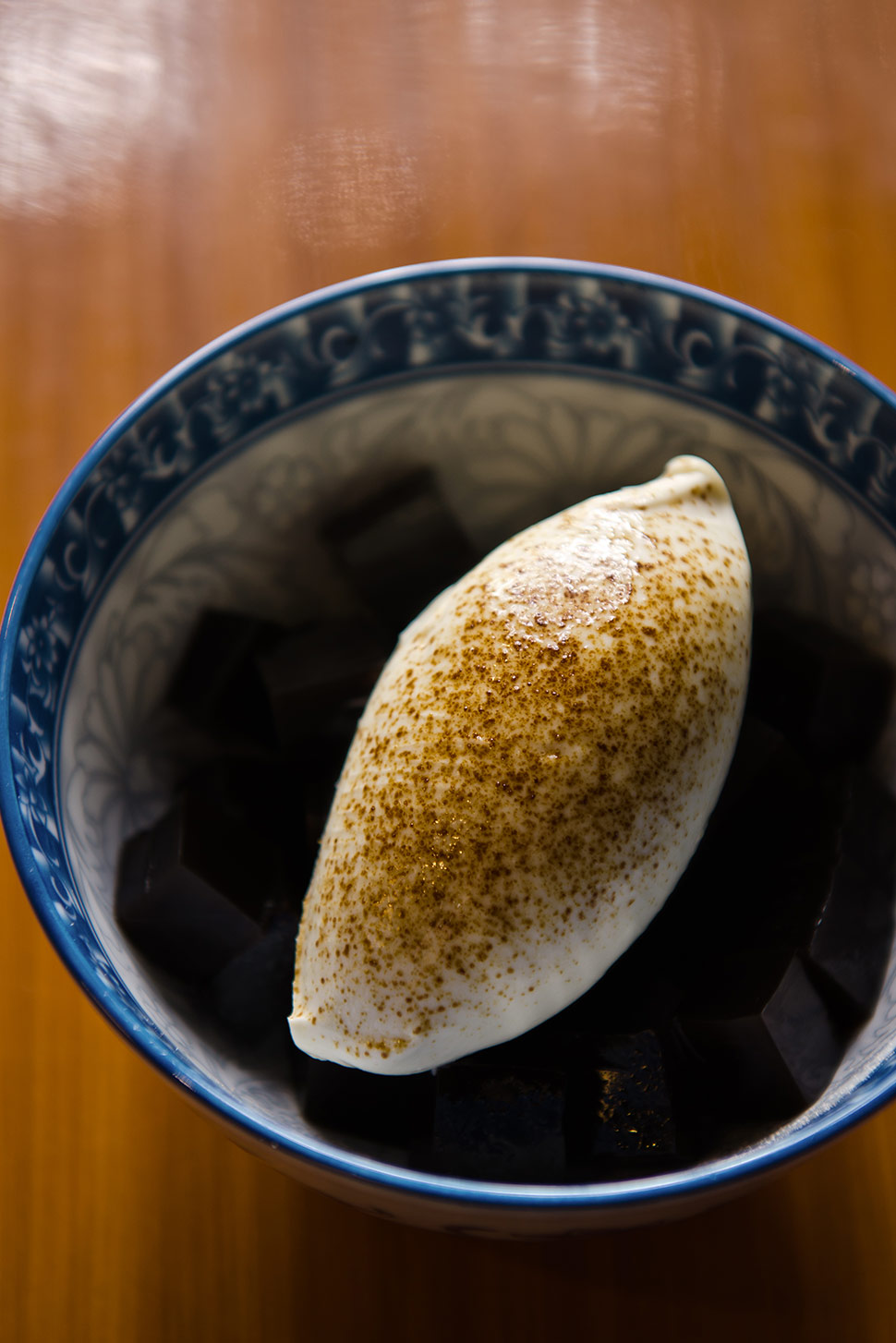 ADVERTISEMENT - CONTINUE READING BELOW
Chef Jorge Mendez has the most unabashed coffee jelly in Manila. The coffee tastes exactly as advertised, with the sweetness creeping in from the cream. IMAGE: Kai Huang

In the weeks that followed, they were able to grow their team, and business became more stable.

Today, Ohayo remains to be one of the busiest restaurants on the Granada strip. Plans of expansion are currently underway, and many people, many of whom are loyal customers, have approached them for possible business partnerships. 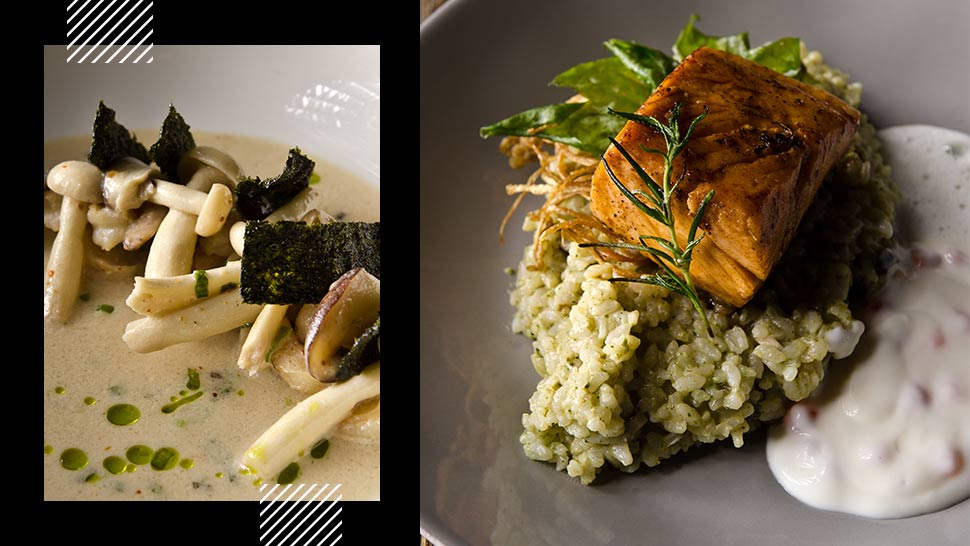 Japanese-Scandinavian Food is Becoming a Thing, Thanks to This Sake Bar in Makati 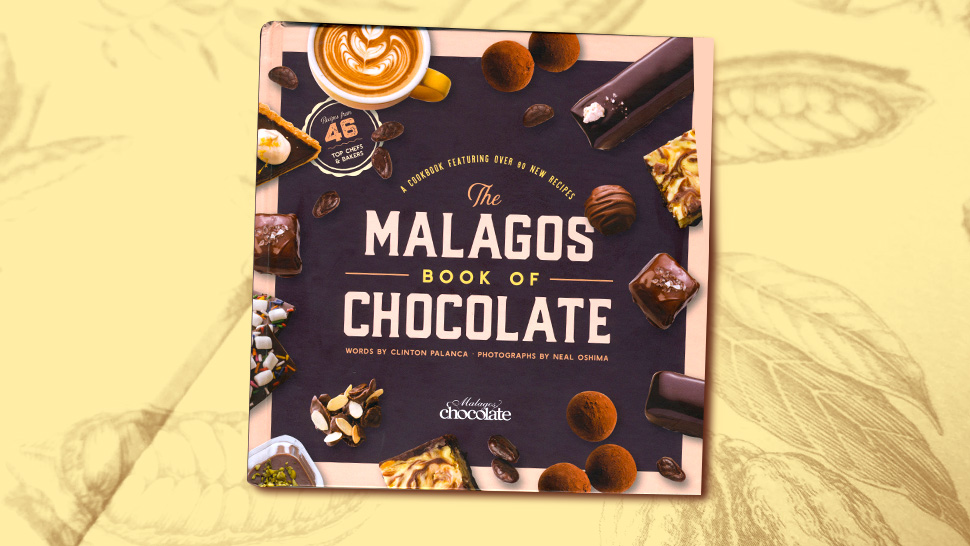