One Last Lunch in Manang’s Clubhouse

When news that Manang was finally hanging the apron and clearing the coal broke on social media, the community was crestfallen. 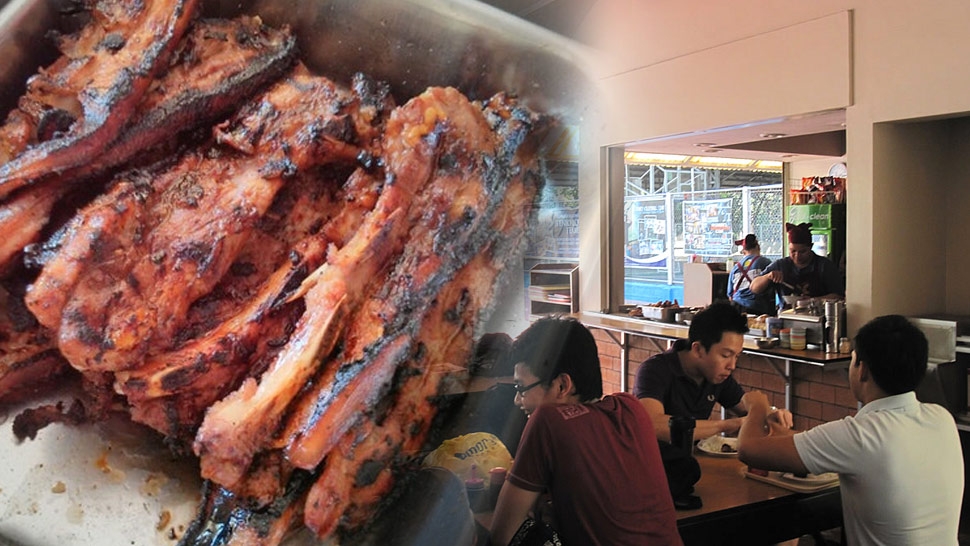 “The world of eating is not just a world of ingestion… Eating is a language that speaks of the nuances of what we are. Eating is making alive the various and variegated conjugations of our lives.”

Every university completes this sentence in its own way: “You’re not a student of this school until you have eaten at ________.” More than their staple fare, these places have unique recipes for nostalgia.  UP Diliman has Mang Jimmy’s, the Lasallians, according to my friend, have Agno. For Ateneans, it was Manang’s Clubhouse.

For many of us, our first encounter with Manang’s was during our orientation seminar as it was just beside the college covered courts where the seminar to this day takes place. True, we might not have realized what those benches and tables were for as we, shirted in color-coded excitement,  trooped to the covered courts before operating hours amidst the hoots of our upperclass guides (known as “TnTs” or “Talks n’ Tours”). Yet in time, as the “Mooobs” (short for mobilize) of the orientation logistics team gave way to the whistles of our PE teachers, as the chugas and banana dances gave way to football drills, Manang’s was our go-to place for carbo and protein refueling. The toyo-soaked soft crunch of Manang’s signature liempo and the flavorful burst of vegetable of the lumpia were a fitting reward to a workout done well or comfort food after a ball game we dropped.

After we cleared our last PE class, we no longer had any business in the covered courts. The “mainland” (as the Communication department used to call the college complex when they were housed by the covered courts area) has a multiple choice of eating joints: “AMPC” and “Blue and Gold” in Gonzaga Hall, the student-run JSEC, the sandwich and coffee kiosks all over the campus.

To return to Manang’s then in the second half of the college game was a deliberate decision that necessitated short walks sometimes under the sizzling sun. For the alumni, there was an extra leg that included the Manila traffic and a brief transaction with the gate guard as we show our alumni card.

Manang’s was a clubhouse of memories. To think of its food is to remember the personal feasts of camaraderie around its humble tables.

But travel and walk we did, past the Batibot tree, crossing Father Masterson Drive, down the slope to a familiar sight: the arabesque barbeque smoke seeping from the kitchen, the queue that often spilled out into the cemented walk, the aproned smiles of the staff as they took our orders while dropping a new batch of liempo onto the tray, Manong Zoilo who mastered the art of giving us our total bill with a single look at our trays, the search for a spot amidst the chatter on the calculus of our lives and the sound of plastic plops of ping pong balls,  and finally the splash of Mountain Dew down our parched throats.

Thus, when news that Manang was finally hanging the apron and clearing the coal broke on social media, the community was crestfallen. But words of sadness gave way to heartfelt well-wishes and expressions of gratitude to Manang and her staff for nourishing our communal spirit all these decades. 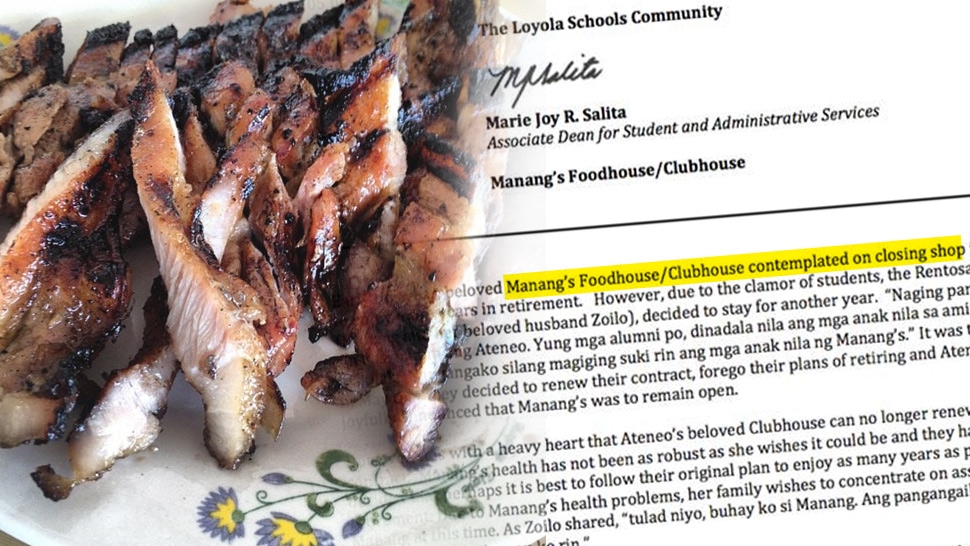 Manang’s was a clubhouse of memories.  To think of its food is to remember the personal feasts of camaraderie around its humble tables. Memory after all is a synesthetic experience where the stimulation of one sense leads to a sense impression of another: music tickles the face, dates from the calendar tumble out. In the plane of memory we are all synesthetes: a whiff of cologne from a passing stranger produces a familiar face, the rock melody from the radio is a lover’s warm-headed perch on the shoulder. I think of the taste of longganisa and fried egg, and feel the adrenaline rush of a morning PE class. I hear my blockmates’ stressed laughter after a long day of theorizing; it is the sweet taste of grilled pork belly.

About The Author
Miguel Antonio N. Lizada
Miguel teaches English and Literarture at the Ateneo de Manila University. He is currently on leave to pursue his PhD in Comparative Literature at the University of Hong Kong. He is still looking for this school’s Manang’s.
View Other Articles From Miguel
Get The Latest Updates From Esquire!
Subscribe to our newsletter!
Latest Feed
Load More Articles
Esquire Money 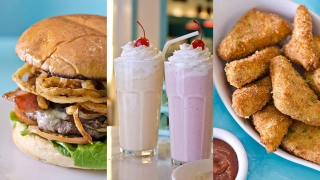 In This BGC Diner, the Basic Burger Is Reborn
All Photos
Comments
View As List