Why we're not eating noodles in the latest PHAT Pho

The second branch is long overdue, but worth the wait. 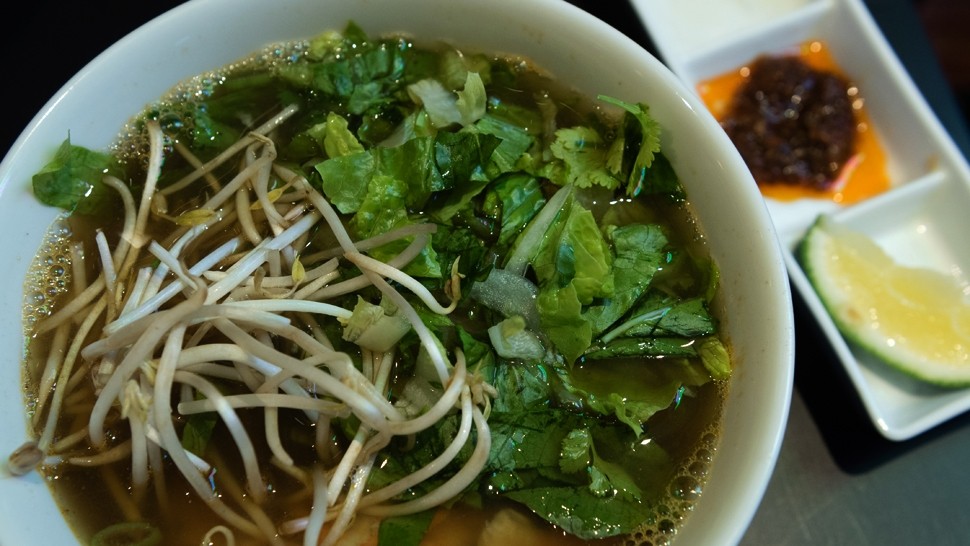 There is probably hardship when you're something other than noodles in a place dedicated to pho. But when PHAT Pho finally opened a second branch in Manila after two years, it seemed to have opened a proverbial door of delicious possibilities. We must've gotten hungry from the wait because when the ribbon was cut in the long overdue extension, we made like a Jughead the moment the lunch bell rings. 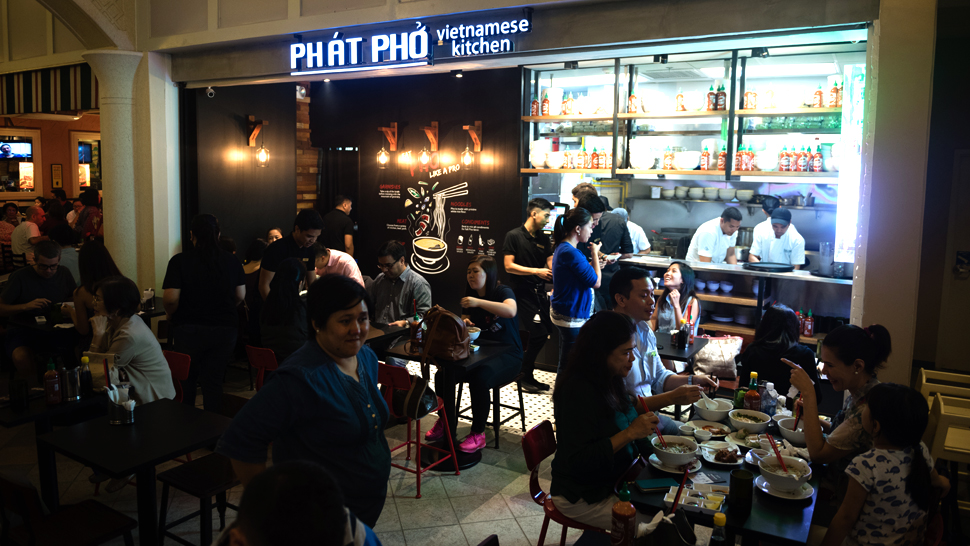 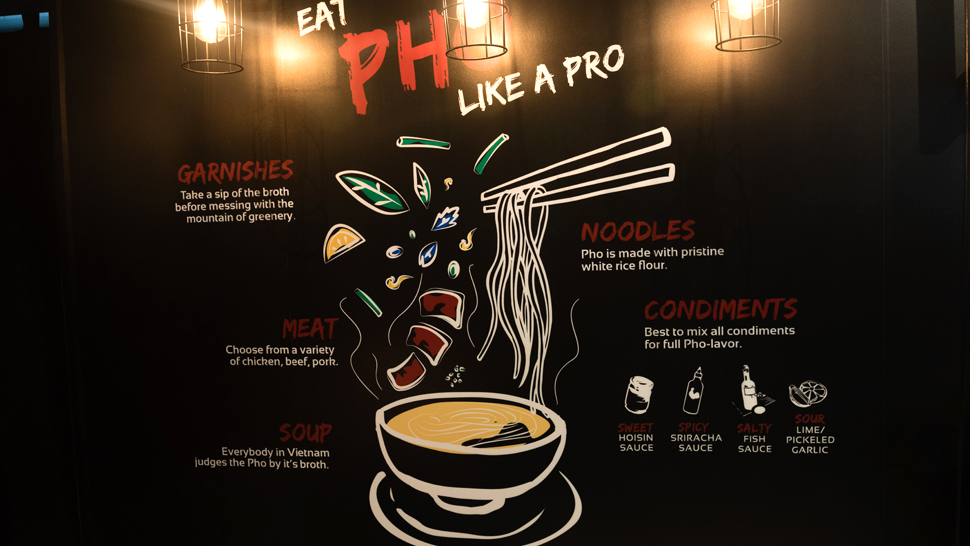 Perhaps the glare from the neon lights blinded us from the best-selling beef pho and shone brightly on the more uncharacteristic menu options. The newer seafood version is light but satisfying all at once; a tasty steaming soup that's appealing all year 'round. The gentle taste of the shrimp and squid bounty is brightened by a tremendously effective amount of cilantro and lime. The subtlety of each refreshing sip chased by a bit of heat.

While the pho more than satisfies any longing for a pick-me-up, the com chien is the revelation, though not a complete surprise. The Moment Group, which helped bring the Cebu original to Manila, also owns well-loved Filipino eatery Manam, and if you could judge their skills with this well-loved staple based on latter's University Fried Rice, then your rice cravings are well taken care of. 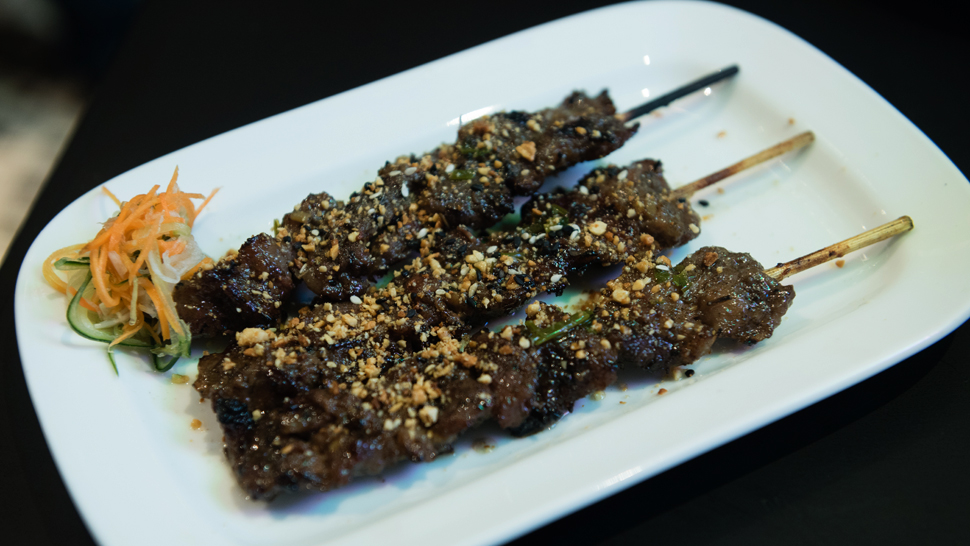 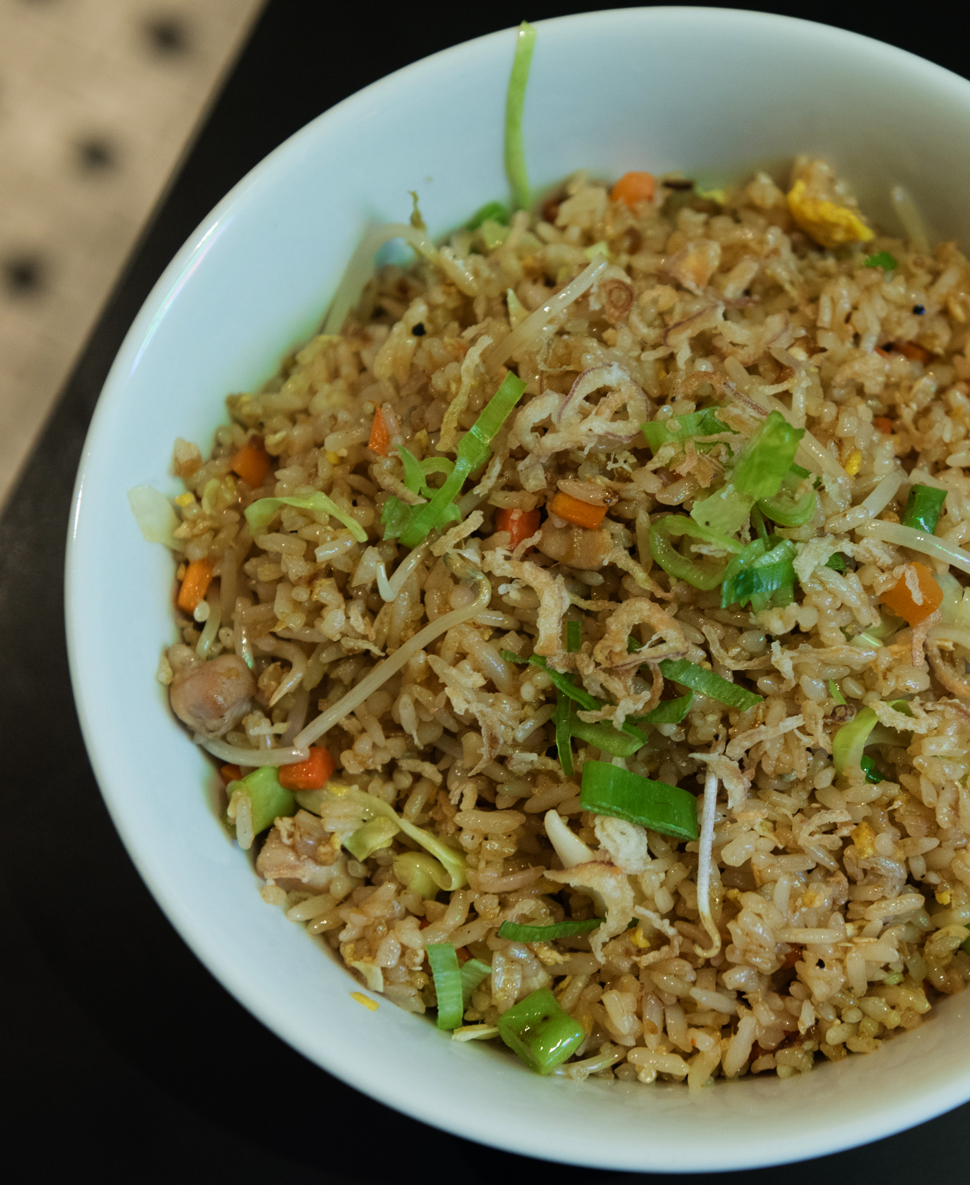 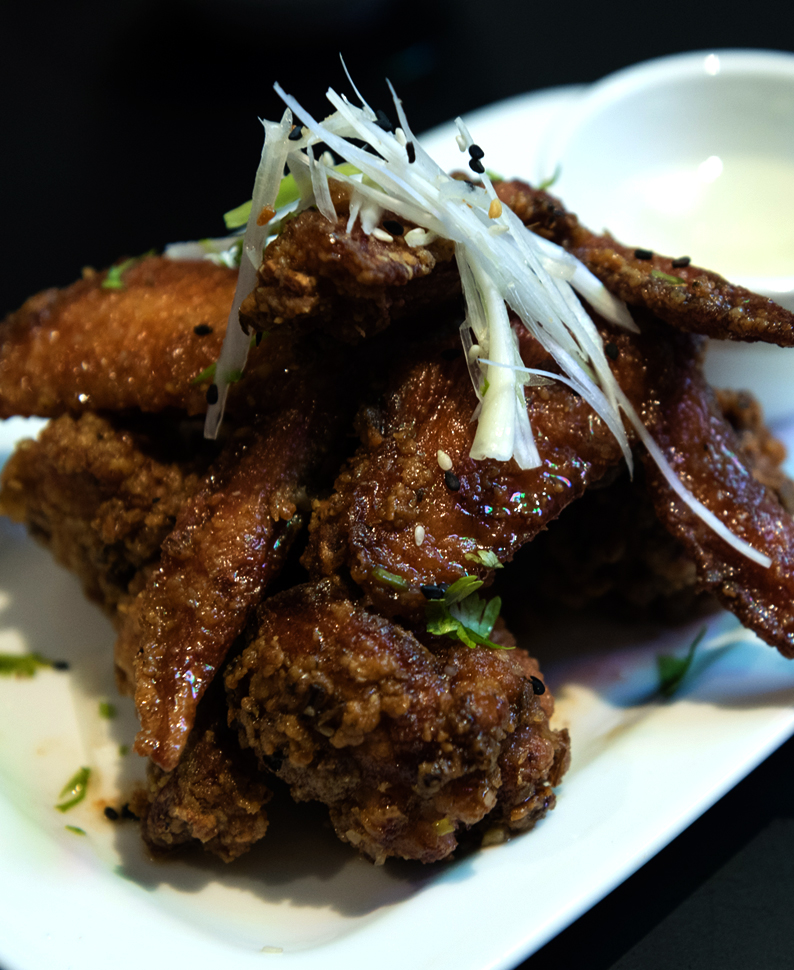 This Com Chien deserves discussion. It's not underrated but it requires much more attention than given. Every order is almost always served steaming hot; sticky and addictive (the texture similar to the kind you get in Japanese restaurant) compared to the drier sort we so often get in fried rice. Chunks of chicken and shrimp weave themselves through every grain, and so do a vast amount of scallions that pepper each spoonful with a subtle biting taste. The combination is certainly pronounced to be enjoyable solo, but not enough to impose over the striking smoke-tinted saltiness of the Angus beef satay or the tart and crispy seafood crepe (Banh Xeo on the menu) or the sneakily spicy patis wings. Pho seems like the obvious choice but not to take anything away from the signature dish, the com chien is balance in a bowl.

When PHAT Pho opened in February 2014, they made it perfectly clear to anyone who walked through the neon-lit doors that this was an adaptation of Vietnamese classics. Flavors were amplified, portions were enlarged, while traditions remain, the entire menu was designed to entice the local palate. It's comforting to know that the owners took their time to make sure that quality is maintained. After all, a restaurant that can make you excited over a bowl of rice? There's never been a more fitting time to say, "Extra rice, please." 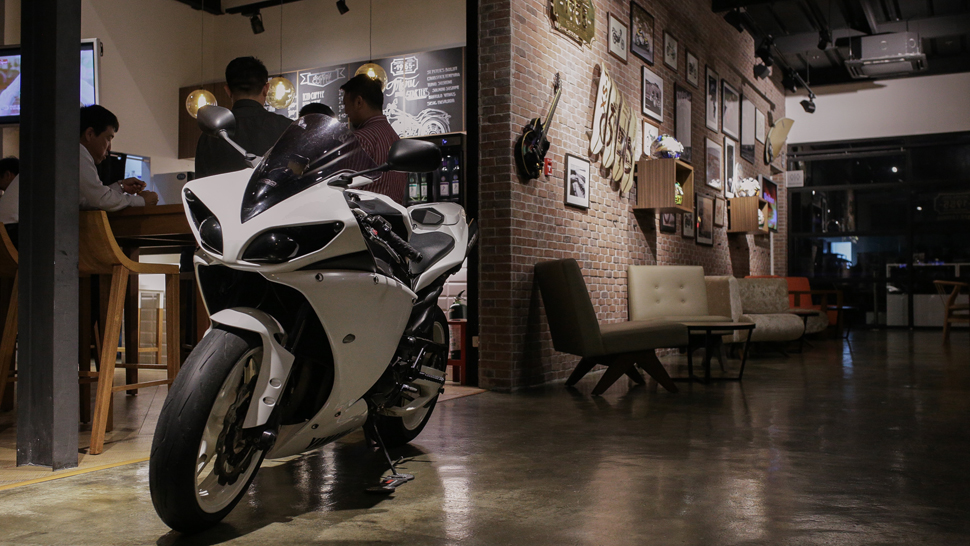 The Motorcycle Cafe for Rebellious and Hungry Gentlemen 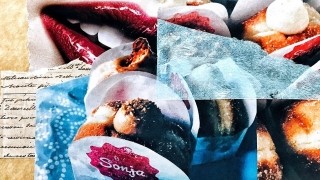