The Shipyard Aims to Bring Back the Glory Days of Malate

"If back then, this was the coolest part of town with all the nicest bars, coolest clubs, if this works, it can become the cool place where all types of people can hang out." 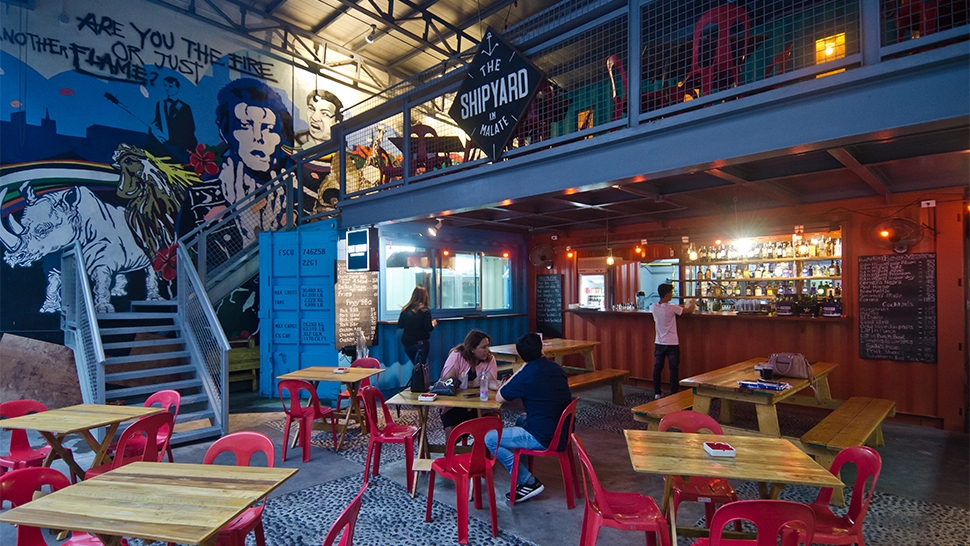 Success has long since been redefined, usually by mavericks refusing to follow a formula and now, often comes via the most unexpected ways.

While already part of a successful restaurant-owning family, Daniel Mabanta can validly claim, if he wants to, that he is definitely more than just a member of the family that birthed Cafe Mediterranean, Mexicali, Corner Tree Cafe, El Chupacabra, and Crying Tiger.

He opened Señor Pollo in 2014, and five successful branches later, the restaurateur has just cooked up a new restaurant called The Shipyard in Malate. 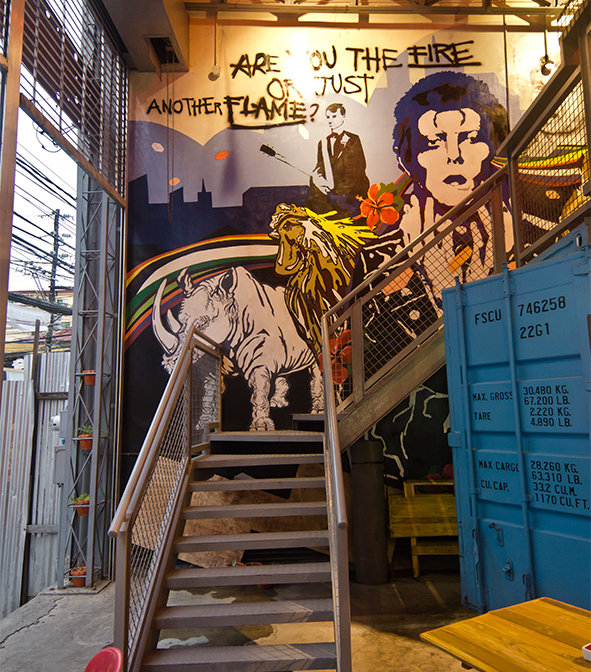 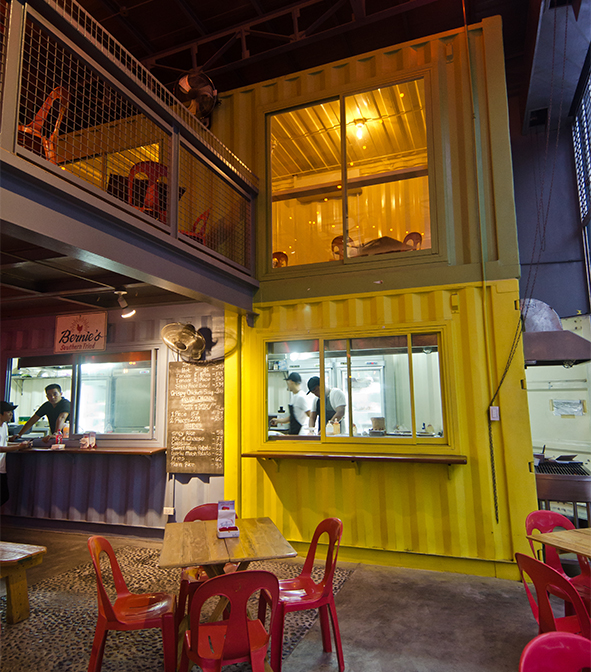 But if you were to see him as a 21-year-old waiter nine years ago in the heart of London, success must have seemed elusive. Back then, the self-confessed, spoiled Pinoy kid was just trying to get his act together so he could have enough beer money.

"I got a job as a waiter in a popular Middle Eastern restaurant called Maroush. I was ineffective, but I needed to work because I squandered a lot of my allowance, so I was broke," Daniel recalls with a faint smile on his face. Maroush is located downtown in the heart of London in Oxford Circle, a busy foot traffic area.

Now 30 years old, he is paying a subtle tribute to the same area that saw him working and studying for his MA in Writing at the London Metropolitan University.

For Shipyard, which is a food-park-type restaurant or a restaurant-type food park, Daniel named one of his concepts East London Kebab and Burger—East London being the area where he used to live which is a multi-cultural community with a lot of Middle Easterners.

The fact that he included kebabs and burgers in his menu is purely coincidental he says, with a knowing smile. It was London that helped the well-heeled son of a restaurateur family fend for himself.

"London was a big maturation, what you call my adulting moments, and in the process, I got ripped off so much with my landlords. I was the naive young guy who had just moved there and I had never lived on my own. I was too trusting, but it hardened and prepared me for this business."

As he sits in one of the tables on the ground floor of The Shipyard, Daniel seems to be keeping an eye out at all times.

When one of his waiters brings out a Chicken Doner Pita, Daniel comments "Igitna mo 'yong meat, parang kahapon, para 'yong garlic sauce, dito." He wanted the doner, his take on a food item that is filling enough as a main but can double as a snack, to be picture-perfect. After three more tries, Daniel is satisfied. 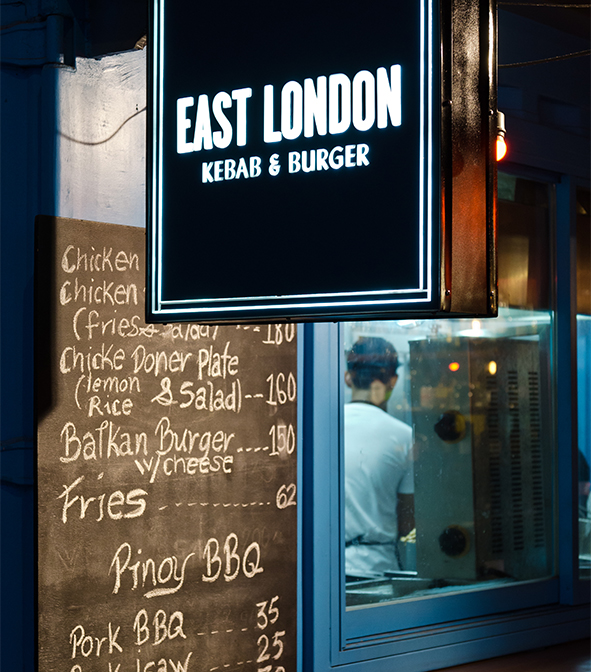 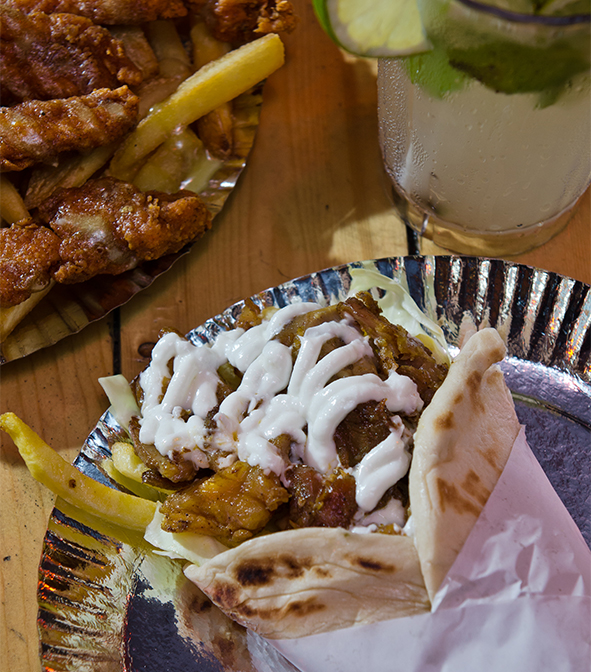 I wonder if that reminds Daniel of his bumbling days in Maroush.

"I got fired after a week of working there," he divulges, no trace of regret or bitterness in his voice. What he probably didn't have in confidence then, he has it in spades now.

It is also his enjoyment of the marketing aspect of food that gives him confidence "I observe and read people, I read markets and what appeals to them. I have a pretty good sense of people especially Pinoys."

The whole space that The Shipyard sits on is a lot owned by Jansen Li, his business partner. Jansen was the one who approached Daniel and asked him to do something with the space. As he and Jansen conceptualized The Shipyard, what was clear was they were going to use container vans sourced from a shipyard. The pair agreed that containers just made sense considering the space. But he confesses, the name The Shipyard wasn't something their brilliant minds immediately thought of.

When they came to it, Daniel simply says "The Shipyard is easy to pronounce and it's straight to the point."

Aside from East London, they populated their open-concept restaurant with other distinct food items like Pinoy Pulutan, Street Food BBQ, and Bernie's Southern Fried. He quickly adds that they will have a dirty ice cream vendor, too.

Daniel—who grew up with great cooks like their househelp (who cooks amazing gourmet food), his grandmother, and his dad—felt that The Shipyard should serve straight to the point dishes and drinks.

"Drinks should be affordable, there is nothing fancy about the place. I want to serve good decent food in a nice place where people can hang that is not sleazy or run-down. I want to play music that is tasteful," he explains.

It is what he feels the area needs, "Inside me I am quite Pinoy, I can empathize with what other Pinoys like. What they like is what I like."

As a way to test the area, Daniel is keeping his hours 6 p.m. to 3 a.m. With prices like P10 for a chicken isaw to P450 for a huge chunk of pata, he has baited and roped in his intended market: the students in nearby UP-Manila, PGH, DLSU, other medical schools, backpackers, and other locals. Without marketing, they have been doing well every day since they opened three weeks ago, and that is just from walk-ins. 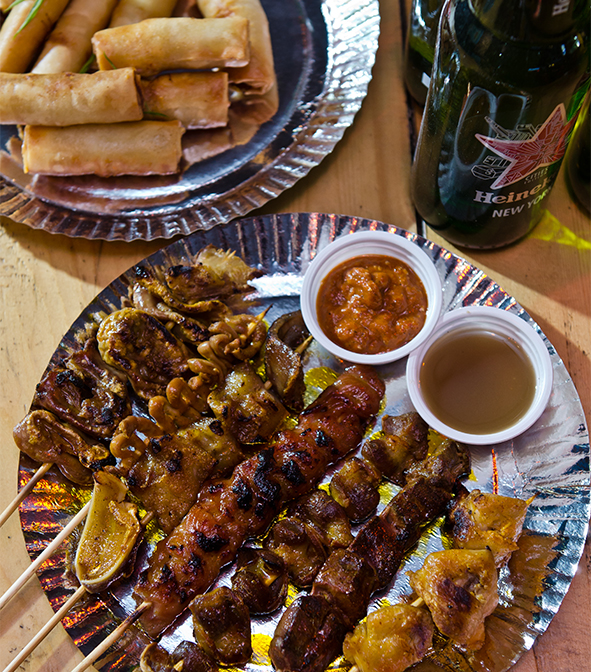 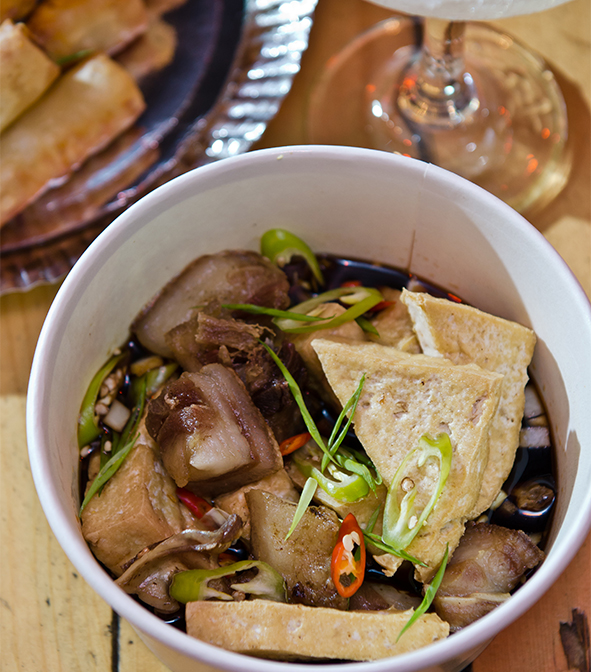 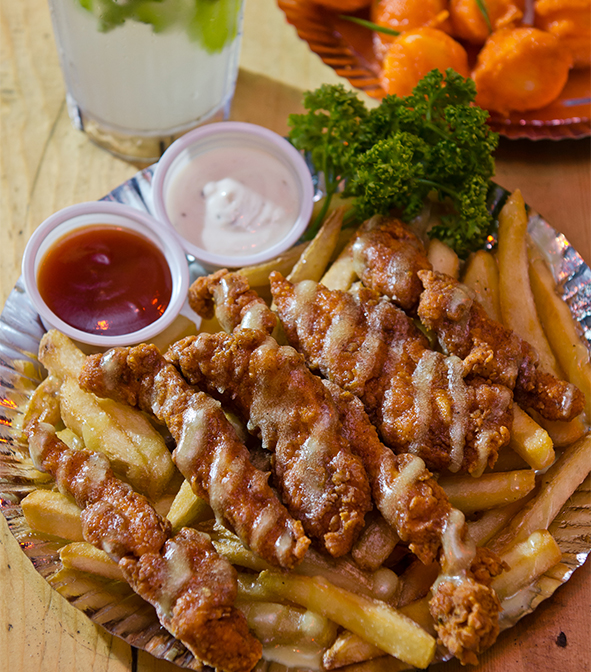 Daniel gushes "The UP crowd are here every night, they love this place so far."

It reminds him of when he started Señor Pollo "It was risky, but as we kept expanding, I gained confidence. We are opening our sixth branch in August 2017."

More than understanding his diners, Daniel also has a special direct line to the heartbeat of Malate.

The Ateneo alum spent his growing-up years in this part of Manila. He and his partners wanted to bring back that old Malate character "A semblance of the old days, when this used to be a very hip, cool place. I grew up in North Syquia Apartments, owned by my grandmother and it has a lot of history because it's a popular place for artists, writers, and journalists. It's beside this famous institution of a pub and both were featured on Anthony Bourdain's show."

As Daniel moved to Australia for high school, he recalls "I witnessed the overrunning of the place, when everything has slowly been a little neglected."

Creating The Shipyard concept on a street that has been taken over by Asian restaurants is Daniel's way of injecting the old Malate spirit back "This is a good opportunity for us to help add character and revive it a little bit. If back then, this was the coolest part of town with all the nicest bars, coolest clubs, if this works, it can become the cool place where all types of people can hang out."

Like the Malate institution he grew up in, he hopes that is what The Shipyard will do for the new generation of Malate residents. And he is on the right path: a pioneer in the area of this whole one-big-open restaurant/bar made of containers, which feels like a food park, but isn't.

From Pinoy Street Food, Pinoy pulutan, he knows that is the part of the restaurant that isn't there to win him awards.

"It's for the street experience, which is not spectacular, it is what it is," he shrugs ever so casually.

In his understanding of the Malate market now, he is offering local beers and cocktails to pair with the food choices "Malate is not the BGC-cocktail crowd. It is not maarte. Just give them pulutan and decent drinks, which is what I personally like too. I don't like those expensive hipster cocktails."

While East London relates to his younger days, Bernie's Southern Fried hits even closer to home. 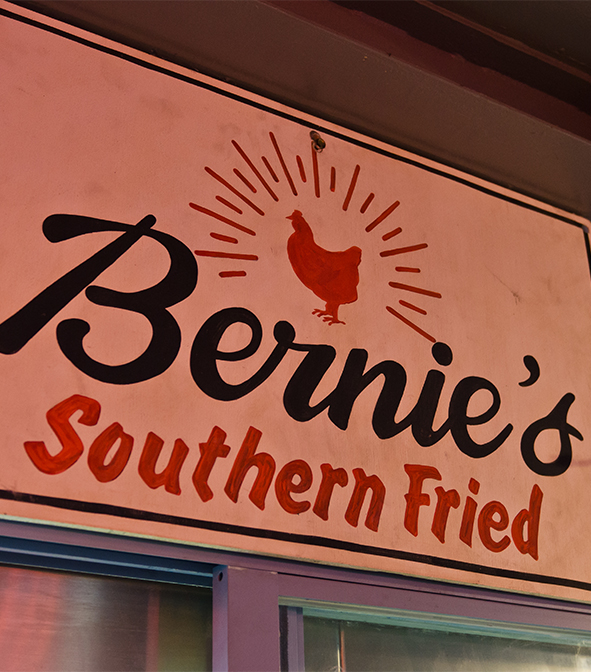 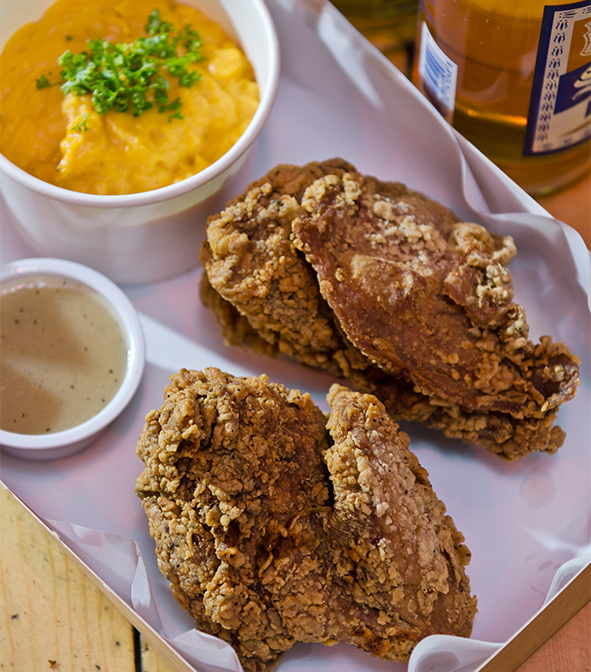 "It's a spin-off from Señor Pollo, offering good Southern-style fried chicken. It's similar to Señor but it's fried chicken. Since I am a big fried chicken enthusiast, I am working on lowering the prices still as I still find the wings priced too expensively," Daniel admits.

He suddenly notices a price that he doesn't like on the menu of East London.

"Bakit P180 'yong Balkan, make it P135. Dyan naman, we use a similar marinade for our burger patty. And instead of kebab we made into a burger patty," Daniel quickly explains.

He then continues with why he picked the name Bernie "Bernie is just a cool name I thought of and it came around when Bernie Saunders was running for president of America. I was quite moved by his speech, my dad and I, we like him, we are fans, and I think it's cool."

He displays some signs of impulsiveness, but in this case, they are for the betterment of The Shipyard. He remembers when, in the early days of Señor Pollo "I screwed up a lot, in the beginning especially in decision-making. Our staff training wasn't the best, we had problems with consistency of food, our menu kept changing on a whim. I would just impulsively run things."

Having come from a non-business background, his struggle was understandable and real.

"It was quite a career change. I had no experience coming in because I came from a writing and journalism background. It took a lot of learning. But things worked out and the market has been lenient and loyal."

Looking back, he used his publishing background of working in a team and treating people well and transplanted it to both Señor Pollo and The Shipyard "I have people working in a team environment, where a lot counts on you being a leader and showing you care about people. The staff is everything really and if they know you are a good person and you care about them, this translates to their work."

He also doesn't let his family's presence in the restaurant business pressure him "Everyone in my family is supportive of each other. We patronize each other's restaurants. I am not like 'I wanna be the most successful.' Of course, we want to make profit. But it's more rewarding to see people enjoy our creations."

Running five branches and opening a new concept also doesn't leave much room for Daniel to live with regrets or disappointments. Well, maybe except for one or two. 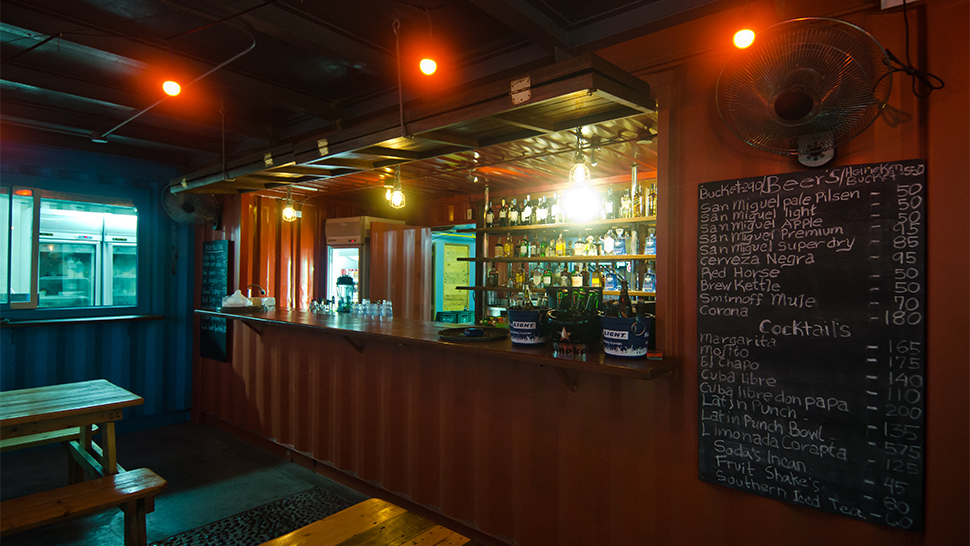 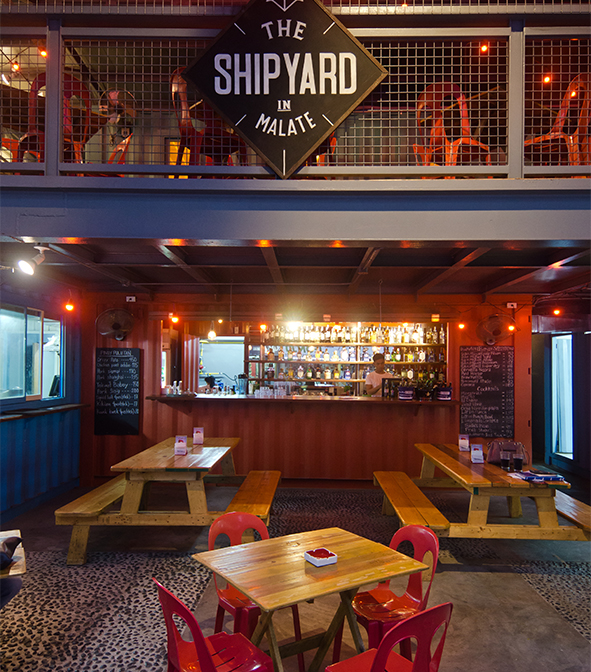 "I wish I was a little less anxious. Also, I would always procrastinate things I know I could have been good at. I would always put it off. I want to catch up but I am getting older and I don't have time. There are so many creative pursuits I wanted to pursue in my youth. Like, I never learned to play a musical instrument. So now I have a list, I am going to do them all," Daniel confesses.

For now, what excites him and keeps him excited is the thought of having things settle down, enough for the restaurants to run themselves "Then, I can have that luxury to pursue my passions. Passions like food, travel, travel and food. I love going to places. Cliche, but experiencing culture and food, I like to eat what the locals eat. Prospects like India and Middle East, they excite me."

Right now, Daniel is happy-busy, doing what he loves: opening a new concept, preparing to open his sixth Señor Pollo, and interestingly, a concept in Barcelona, Spain. 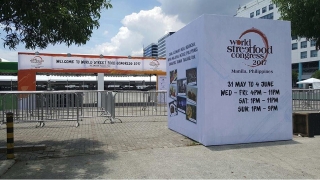 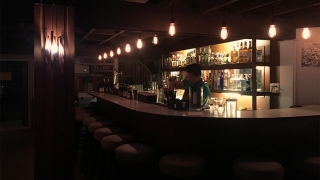