You'd be surprised to know that sisig was once a vegetarian dish. 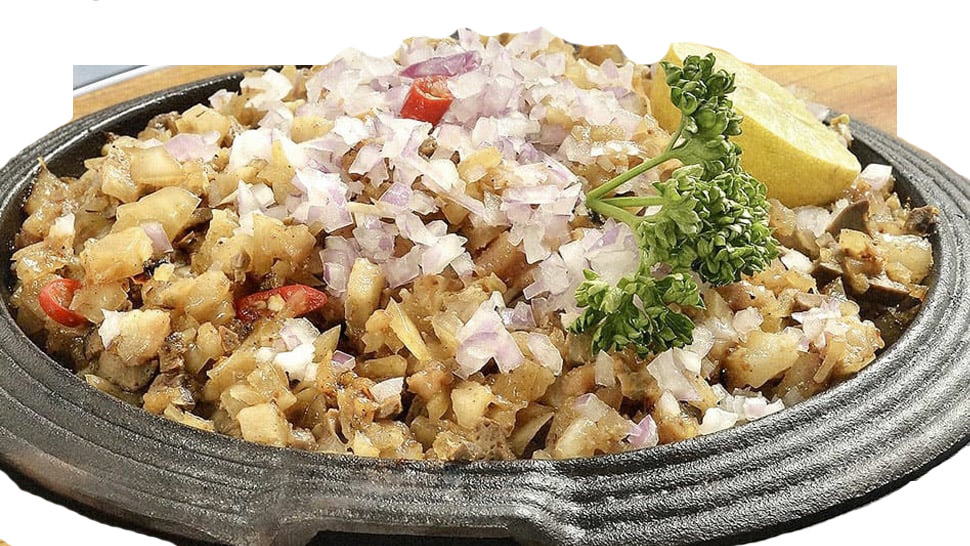 The first time that sisig was ever recorded in history was in 1732, in a Kapampangan dictionary compiled by an Augustinian friar, Diego Bergaño. (The Spanish missionary served as parish priest of Mexico, Pampanga from 1725 to 1731, where he most likely encountered the dish.)

In his dictionary, Bergaño defines sisig as a "salad, including green papaya, or green guava eaten with a dressing of salt, pepper, garlic, and vinegar." Manyisig means "to make salad" while  is "one who makes a lot of salad, or frequently eats salad, or picks tidbits of it."

The sisig of our ancestors is the equivalent of a vegetarian salad today, no meat, just green fruit soured further with vinegar, tempered with salt and spiced with pepper and garlic. They probably ate it as a regular side dish (), and maybe as a cure for nausea and “morning sickness” of pregnant women.

Sisig by Manam is one of the most popular in the city.

It's quite possible that the word sigang—that sour soup dish so popular among Filipinos and other Southeast Asians—came from the contraction of sisigan ("to make it sour"). In ancient times, sigang was the easiest complete meal to prepare; even fishermen who went out to sea for days probably carried with them basic cooking implements so they could cook sigang right there on their boats. It was all too easy to prepare: They just boiled water in a pot, threw in anything they'd caught (clam, shrimp, fish, bird or fowl), and added any green fruit (santol, guava, tamarind, kamias, mango, citrus, tomatoes, and any pickings from trees growing in mangroves and forests). According to language expert Oscar Balajadia, the “si” in sigang and sisig (and even paksi) means “sour” in Cantonese (gang means “soup,” sig means “food” and pak means “to cook”).

Sisig by Cirkulo is made from the cheeks of suckling pigs.

Over the years, sisig evolved from being just a salad to being a main dish, when our ancestors started putting meat in it, like pig ears and pig cheeks. That's the sisig I came to know as a child, back in Mabalacat. My mother boiled pig ears and pig jowl, chopped and minced them and then mixed in chicken liver and pig brain and of course onion, salt, pepper, and . The sound of the crunchy cartilage between my teeth and the soft mayonnaise-like texture of liver and brain melting in my mouth—that was what the traditional sisig was all about. It was no longer the sourness that defined it, but the chopped pig parts.

And then  Lucia "Aling Lucing" Cunanan of Angeles City. She further redefined sisig by introducing two features to the preparation: broiling or grilling the pig parts after boiling  and then serving the dish on a sizzling plate. She had retained all the elements of the traditional sisig (chopped meat sprinkled with  juice) but it was the sizzling plate that revolutionized the Kapampangan sisig and made it a national sensation, catapulting the obscure little lady from the railroad tracks to national fame. Outside Pampanga, Dan Tayag introduced the sizzling sisig to non-Kapampangans at his Trellis restaurant in Quezon City.

Aling Lucing also revolutionized Kapampangan eating-out habits by serving her sisig at her hole-in-the-wall establishment. Till then, many Kapampangans had gotten used to eating only in air-conditioned restaurants; they shunned humid and unsanitary canteens. But because Aling Lucing made her sisig so irresistible, many Kapampangans threw their vaunted snobbery and vanity to the wind. "Crossing" became the most popular destination in the region as celebrities, government officials and rich families risked their lives, their reputations and their expensive cars by flocking to Aling Lucing's open-air eatery on the old railroad tracks, close to a squatter area, where the tangled web of narrow alleys could easily hide thieves, assassins, and drug addicts.

Today, it doesn't matter what the place looks like, as long as the food is good. This is good news for Kapampangan entrepreneurs because a restaurant business no longer requires huge capital; small business owners can just convert their backyard or their garage or the lot next door into an eating place, and the customers, who care only for good food, do not seem to mind. I can cite a few examples: Jojo's, Razon's, Corazon's, Kabigting's, Cely's, Grill 99, and Luring's before they mushroomed into franchises.

Aling Lucing, who started all that, deserves a marker so that people will not forget how her humble spot spawned a whole industry around the Philippines and even in many parts of the world. Sisig is now perhaps the most popular Filipino dish, even more popular than adobo. Cooks everywhere have concocted their own sisig versions, using bangus, tuna, tofu, mussels, squid, chorizo, chicken, and even frog, ostrich and python. Some have experimented with frying instead of boiling and broiling, and others have introduced egg, chicharon, and many different nuances, but what has remained the defining element is the sizzling plate. That's the master stroke of culinary and marketing genius that we attribute to the late Aling Lucing.

Fourteen years ago, on May 17, 2003, Angeles City started the Sisig Festival, featuring a giant sizzling plate on which HAU-HRM students cooked tons of sisig, later served to the thousands of revelers. The festival was so successful that the city council promptly passed a resolution declaring Angeles City the "Sisig Capital of the Philippines." No other town or city objected or complained then; none has challenged it since.

Now that Aling Lucing is dead—murdered in her own home in April 2008—she has certainly become larger-than-life. The annual sisig festival will most likely keep her memory and legacy alive, and she will likely be the stuff of legends. There is a certain symmetry and poetry in the life and death of Aling Lucing: She had used a knife to create the dish that gave her fortune and fame, and a knife was used to take it all away. I remember Cecile Licad’s reaction after I told her this story: She put her hands on her cheeks and cried, “Oh my God, they made a sisig out of the sisig queen!”

Next time you order sisig, take time to appreciate the ancient origins of this original Kapampangan  and don't forget to say a prayer for that little old lady whose sad and sordid ending will always be part of the sisig story.

About The Author
Robert P. Tantingco
View Other Articles From Robert
Get The Latest Updates From Esquire!
Subscribe to our newsletter!
Latest Feed
Load More Articles
Esquire Money 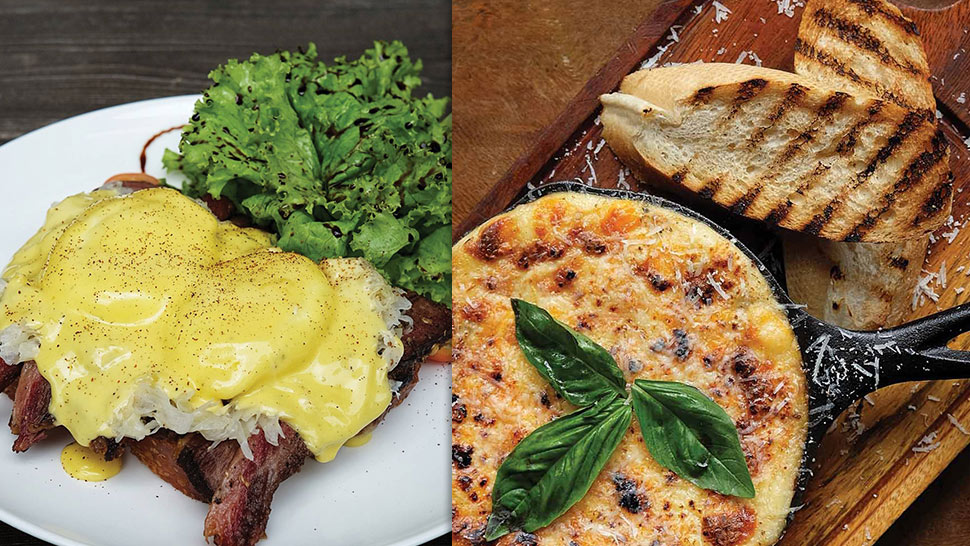 Why Refinery Won’t Open in BGC-For Now at Least 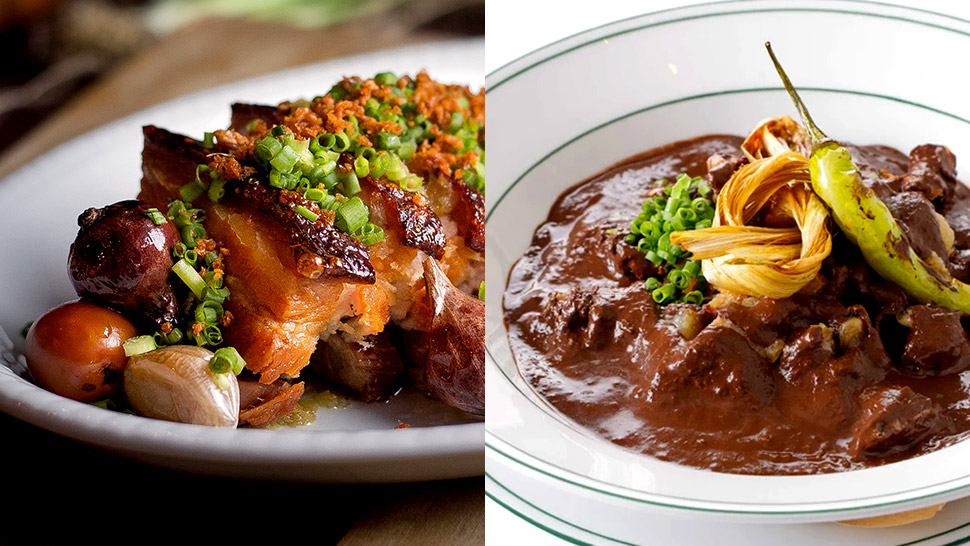