When we first talked to Abba Napa of The Moment Group, it was 2012 and they had just opened their first restaurant, ‘Cue Modern Barbecue. She told us that Metro Manila was having a “moment.” Diners were becoming foodies and foodies where craving newer eats and eateries that offered something bigger than food. Three years later, that moment has become momentum, TMG has grown to 10 brands, with a grand total of 26 outlets (many more currently underway). This success series has reached full circle. TMG’s latest restaurant is where everything began-at Pasong Tamo. The Mess Hall is right below their headquarters.

The Mess Hall is exactly what it sounds like. It is TMG’s company cafeteria that Napa and her partners, Jon Syjuco and Eli Antonino, decided to open to the public. “We always create restaurants for the community we are a part of,” Napa says. Moplex is at Karrivin Plaza, a vast compound that houses offices, restaurants, and The Alley (an eclectic row of joints that range from a cool Filipino restaurant to a flower shop).

“We like to create restaurants for people to make a part of their lives...to enjoy for everyday life,” Napa continues. The Mess Hall fits right in. It offers a menu that anyone can treat themselves to on a daily basis (compared to the celebratory Toyo Eatery) and something more substantial (compared to hip coffee shop Writer’s Block). It also offers something that wearied cubicle dwellers crave: a good lunch.

The Mess Hall borrows ideas from Manam, TMG’s chain of traditional and modern Filipino cuisine. It’s significantly scaled down (the usual book of Pinoy favorites shortened to a tiny checklist) and plated into comprehensive, individual portions. Their best-selling crispy sisig is just as crunchy, the tapa is just as saucy, the lomi, well, it actually tastes better for some delicious reason. 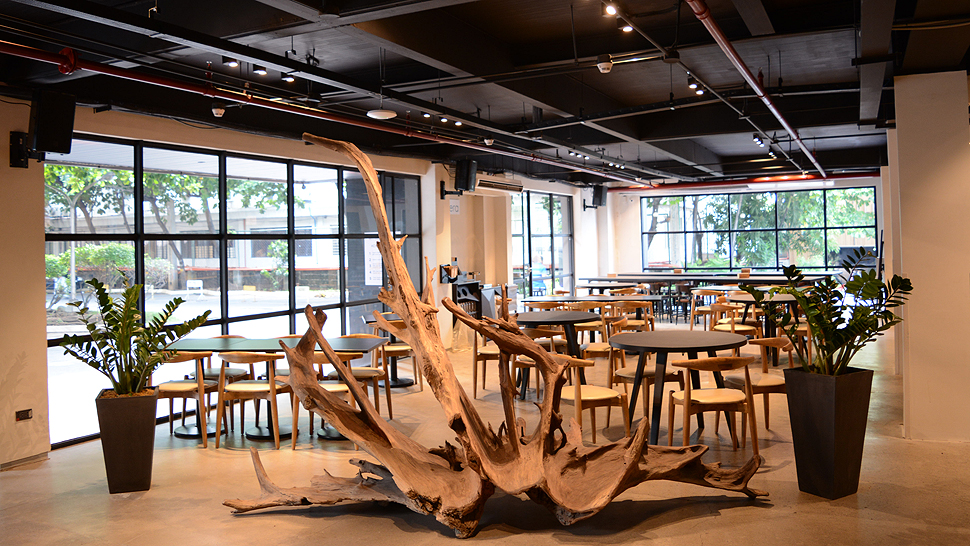 The restaurant operates on a self-service system, with a cash register across the entrance and a water station (the water is spiked with lemon, obviously) on the side. It is a serious cafeteria by all aspects, except that it replaces the hard plastic seats with nicer woodwork, the long tables with more intimate setups, the crowded layout with a roomier arrangement.

“I remember when I was younger and going to school, it would make me unhappy that the choices at my school’s canteen hardly ever changed. It gets boring. As a canteen for the neighborhood where people eat regularly, we would never want it to get boring for them,” Napa explains. TMG’s test kitchen is right next door, so it’s easier to revise the dishes based on their other restaurants. Or to come up with something new entirely. “I’d like to change [the menu] quite often, but the chefs might give me the evil eye. We are working on a harmonious compromise,” she laughs.

It’s difficult to enjoy lunch at The Mess Hall. You brave the city’s traffic, enjoy a reward of your favorite Filipino food, and wonder why your office cafeteria can’t be like this. But this is what fuels The Moment Group and it’s what they do best. “It’s important to have original ideas and to create for occasions and reasons that are not yet provided or not provided well,” says Abba. Some restaurateurs are sensitive to what the public wants. TMG? Well, they create them. 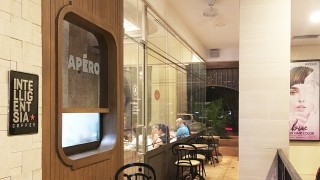 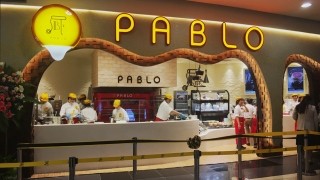