The Ways of The (Pizza) Dough

Bread chronicler Jenny B. Orillos on the pleasures of making your own pizza dough. 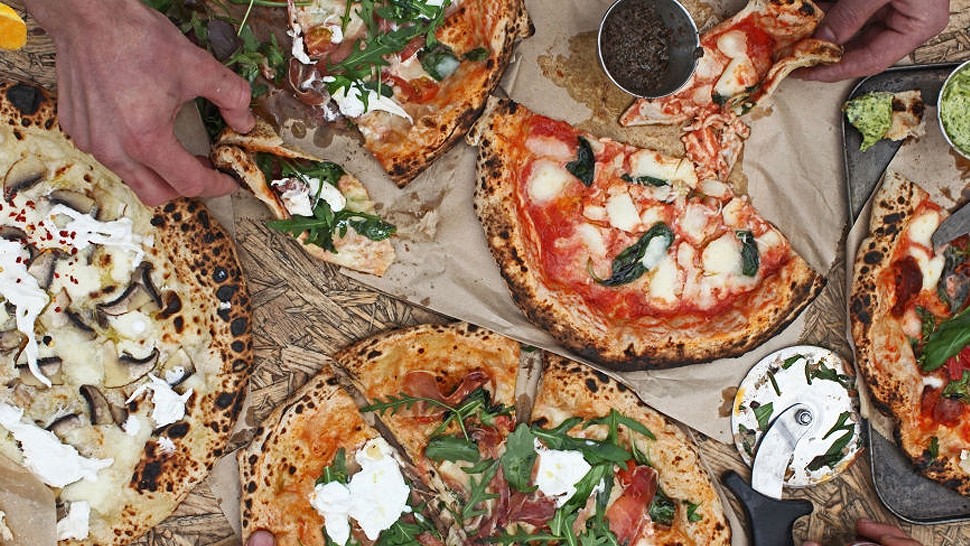 The first time I attempted to knead a pizza dough, I looked as if I was haphazardly folding clothes. My veteran pizza-making friend had allowed me to try my hand on the crust he was making. It looked easier in theory to turn and fold the dough until it was smooth and pliable. But the dough decided I was not ready and refused to transform under my unsure hands. So, I gave up on making homemade pizza, contented with just savoring it out of its delivery box.

It was not until I took breadmaking classes did I encounter dough again. I was working on a book on bakeries (Panaderia) and baking (Proof) so it was necessary to understand the ways of the dough. The work was repetitive with all the kneading, rounding and shaping, but it takes a lot of practice, patience, and time to gain a decent level of mastery.

Though pizza is considered a pie, it behaves more like bread rather than a pastry. The base, after all, is a bread dough. I realized this after attending a pizza technology class with Plutarco “Boy” Ng and Kristine Mateo of the Philippine Society of Baking, a group of technical baking professionals based in Manila. Some of the principles I learned in breadmaking applied to how we handled pizza dough.

The first thing Mr. Ng taught us was to select a high-protein flour such as pastry flour, bread flour, pizza flour, or a combination. Higher protein flour contributes to the crispiness of thin-crust pizzas. The latter usually undergoes longer fermentation periods, which a high-protein flour can tolerate. Commercial thick-crust pizzas shaped using the stamp or press method can be made from bread flour with lower protein, which results in the chewiness desired in this type of crust.

Though most of the commercial pizzas we feast on are yeast-raised, some pizza formulas also utilize chemical leaveners (baking powder and/or baking soda) especially for thin-crust pizzas. Some pizza artisans build their pizzas with a wet starter called poolish, which is added into the main dough. It takes 12 to 18 hours to ferment the poolish to full capacity so this kind of pizza needs to be prepared at least a day head. But the reward is worth it, as the dough acquires more flavor.

Pizza dough in general is under-mixed, just enough to develop the necessary gluten strands that make pizzas stretchy and snappy. We learn that under-mixing results in a coarse structure that can support the weight of the toppings. The dough is then divided and scaled according to the desired weight, rounded into small balls, and, depending on the formula, allowed to ferment. For pizzas that are hand-tossed in the air, these babies ferment for 12 to 18 hours to get that right stretching consistency before a chef could show off his tossing skills.

Then off we go to the best part: forming the dough into those familiar rounds of deliciousness.

We had an option to use the automated roller to sheet out the dough into perfect eight-inch rounds but we worked on the dough using our hands and a rolling pin. It was a tedious but enjoyable process especially when you find your rhythm and you do it right.

The toppings determine the overall flavor of the pizza whether you go all out with the meat and cheese or just a simple Margherita. But if your crust is good, you get a solid foundation with which to build a great pizza. Mr. Ng says to start with a brush of olive oil on the parbaked crust, then the sauce, the vegetables or meat, and finally the mozzarella and other cheeses. You know you got a good crust if you gobble up even the rim of the pizza (the raised edges that connoisseurs refer to as cornicione).

We had some extra pizza dough leftover from the class which I brought home. It sat on the freezer for a week. The low temperature “retards” or keeps the yeast from further fermenting the dough. (Likewise, it gave me time until I was brave enough to bake it.) I took them out on Sunday night to thaw, dusted the dining table with flour and recalled exactly how we rolled it in class. It was such a pleasure to stretch out the dough into rounded disks as the process is very tactile.

I remember to dock the crust using a fork to keep the dough from puffing up or blistering as it bakes. While brushing a thin layer of olive oil onto the pan keeps the dough from sticking, it also lends a bit of flavor to the bottom crust. I parbake the crust briefly in the oven. Parbaking helps stabilize the crust before you top your pizza and pop it in the oven for a final bake.

By the time I hear the ding of the oven, the house smelled of olive oil and bread. It’s not pizza from a box made by confident hands and expert trimmings. But it makes a bit of a difference if you make it yourself.

About The Author
Jenny B. Orillos
Jenny B. Orillos is a food writer and co-author of Panaderia: Philippine Bread, Biscuit and Bakery Traditions (Anvil, 2015), winner of Best Food Book at the 35th Philippine National Book Awards.
View Other Articles From /images/Contributor Photos/Jenny-Orillos.jpg
Get The Latest Updates From Esquire!
Subscribe to our newsletter!
Comments
Latest Feed
Load More Articles
Esquire Money 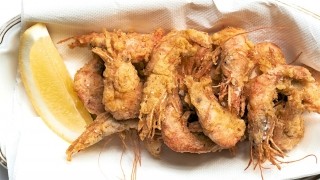 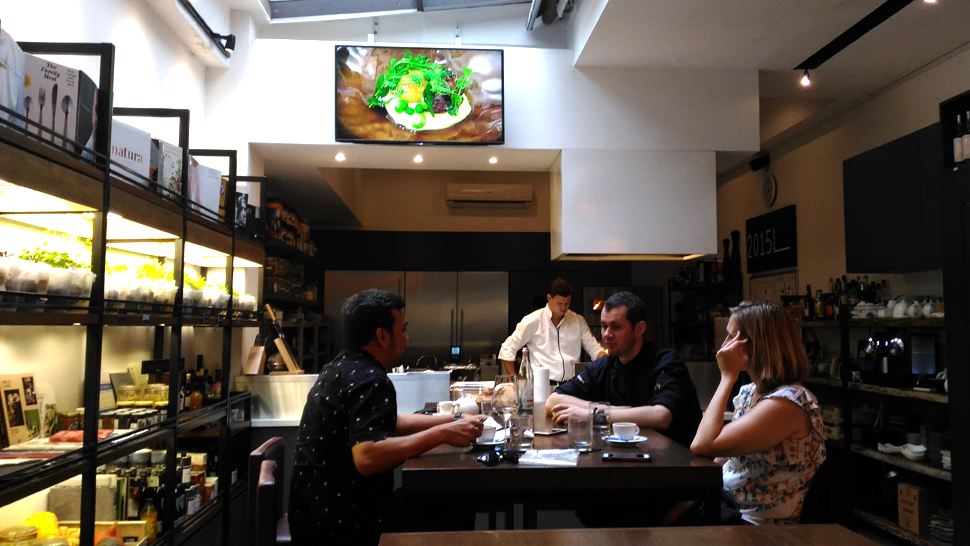 Cross Out What You Don't Like: This Singapore Restaurant Leaves the Menu Up to You
All Photos
Comments
View As List