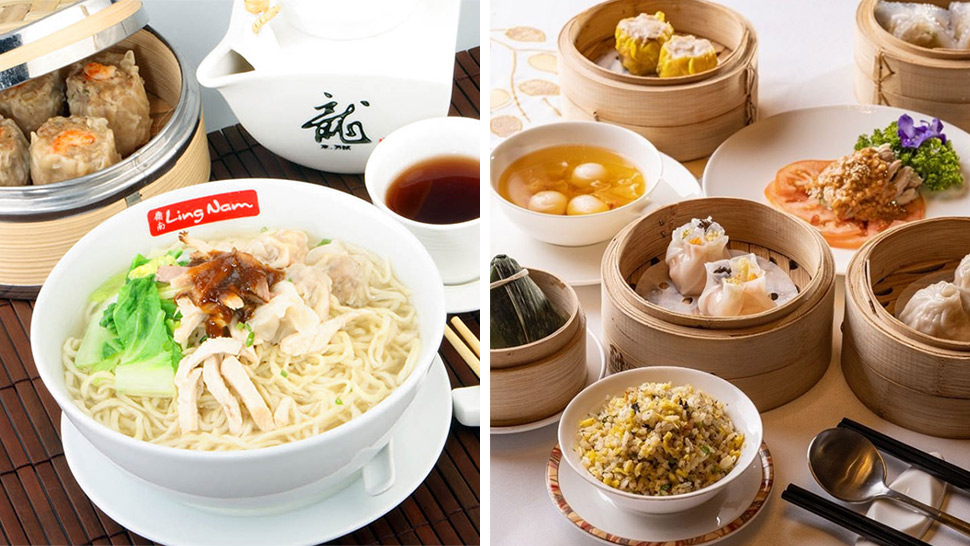 Saying there are many Chinese restaurants in the Philippines is quite an understatement. We Filipinos love the cuisine so much that we’ve made room for so many of them on our shores. Manila alone has so many that it can be easy to overlook a lot of them in favor of the more famous ones. This time, we try to round up some of the underrated Chinese restaurants we know, from the budget-friendly to the fine dining options.

Hong Kong Chef’s success probably came from word-of-mouth, as its well-reviewed dishes keep guests coming back for more. It lives up to its name—fans rave about the authenticity of its dishes, some even going so far as saying that Hong Kong locals will truly appreciate the offerings. Seafood is its specialty, with each familiar dish served just the way we like it. For Hong Kong Chef, there’s no need for frills and fancy things. Just cook the food well and people will follow. It’s no surprise that this Macapagal Avenue staple has been declared a favorite lunch spot by many locals.

Ling Nam is a go-to Chinese fast food restaurant with a legacy that goes back beyond 60 years. But when compared to its fast food contemporaries, Ling Nam doesn’t get as much fanfare. What was a thriving 11-location operation in the '80s slowed down in the next decades, and today it just has six branches all over Luzon. Odd that, as Ling Nam has arguably one of the most consistent-tasting menu offerings since it opened in 1950. Diners come in and have no need to see the menu because they already know exactly what they want. In a place that thrives on offering comfort food, getting the same thing every time is probably that is the most comforting of all.

Branches all over Metro Manila

A post shared by Golden Fortune (@goldenfortuneseafoodrestaurant) on Sep 28, 2019 at 3:53am PDT

HK Little Kitchen’s first branch in New Manila was literally little—it could only fit 28 people, and was often frequented by diners who ordered roasts to go. Its young, quirky interiors intrigued nearby residents, but it was the food that made them stay. Soon enough, the resto had a loyal clientele that would drop by three times a week. Owner Nelly See makes sure that the food and ingredients, most of which are sourced directly from Hong Kong, are fresh. Today, the little kitchen that could has opened a branch in MOA, and is in the process of opening two more branches.

Named after a major road in Singapore, Thomson Road’s fare is characterized as a fusion of Singaporean, Cantonese, and Filipino dishes. Because the inspiration comes from different places, the menu is quite unique from other Chinese restaurants—laksa, for example, is served here, albeit in a lighter form than usual. And yet, Thomson Road offers the familiar flavors that the Filipino palate has come to look for. Guests appreciate the generous plates and the beautiful plating, making dining in the space both satisfying and visually delightful.

Starting out as a non-descript space at the Petron gas station outside Dasmariñas Village, 8 Treasures has slowly gained recognition and opened new locations. The eight treasures refer to the main offerings in its menu: Roast Duck, Roast Goose, Soy Chicken, White Chicken, Charsiu Pork, Lechon Macau, Suckling Pig, and Chinese Sausage. Owners Benedicto Coyiuto, Jackson So, Danny and Monique Ordoñez, and Gregory Ordoñez partnered with Hong Kong-born chef Sammy Wong, whose knowledge of roasting was honed from 40 years of experience in his native country. To ensure quality and authenticity, produce is handpicked and hand-carried from Hong Kong to Manila regularly. Customers have the option to dine in or purchase special large orders in advance.

While some Chinese restaurants focus on a certain regional flavor, No. 8 attempts to offer a wide variety of Chinese cuisines. Like Hyatt’s other restaurants, No. 8 has an open kitchen setup, a feast both for the belly and the eyes. The space boasts of several stations, each manned by an expert chef, all under the watchful eye of chef de cuisine Carson Luo. Some stations serve Cantonese fare, one station dishes up wok specialties, another station offers meals from the Sichuan province, while another is solely dedicated to serving signature slow-roasted Peking Duck.

John Rice, Shangri-La at the Fort’s general manager when Canton Road launched in 2016, describes its food as “a blend of heirloom cooking methods with contemporary presentation.” Representing the place where Cantonese and Huaiyang cuisines come together in harmony, Canton Road aims to combine the traditional with the modern. Under executive chef Wei Qing Wang, the restaurant offers meticulously prepared dishes that are as authentic as they are delicious.

This Shanghainese restaurant first opened in Hong Kong, where it earned a Michelin star under its executive chef Mikiya Imagawa. Japan-born Imagawa has decades of experience in Shanghainese cuisine, a skill he first learned from his father and then honed by working in various Chinese restaurants and international hotels. His use of Japanese ingredients in traditional Shanghainese dishes makes for a perfect combination of flavors in a style uniquely his own.

Marriott’s signature Chinese restaurant has been quietly offering quality dishes in Manila since opening in December 2016. Helmed by chef Law Wui Wing, who also oversaw the success of critically acclaimed Shanghai Marriott Hotel City Centre’s Man Ho, the Philippine version of the restaurant never fails to impress. Chef Law has a very sharp eye for detail, even making sure to handpick ingredients from select markets. “Good food begins with good ingredients,” he told spot.ph in 2016. “And if I cannot find the best, I will not serve it.” 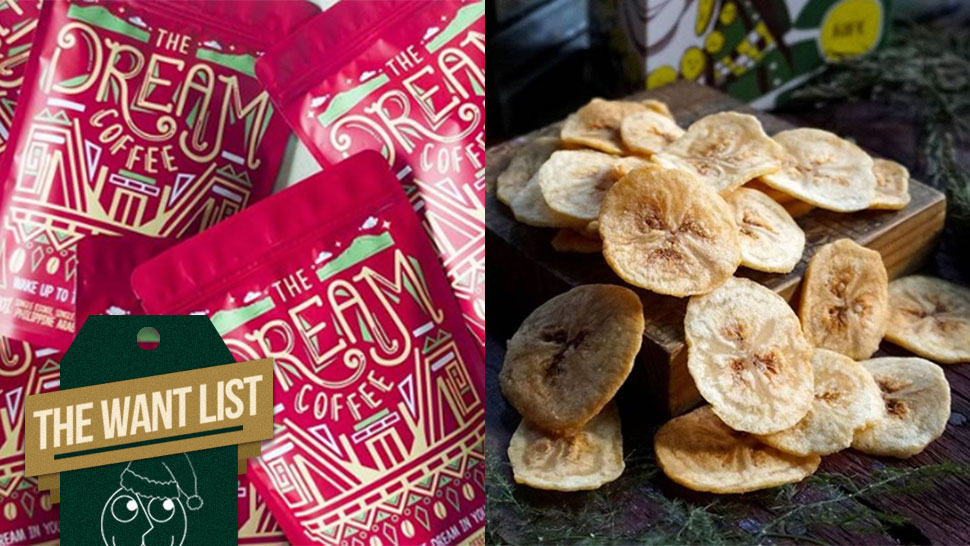 Food Gifts That Every Man Will Love to Receive This Christmas 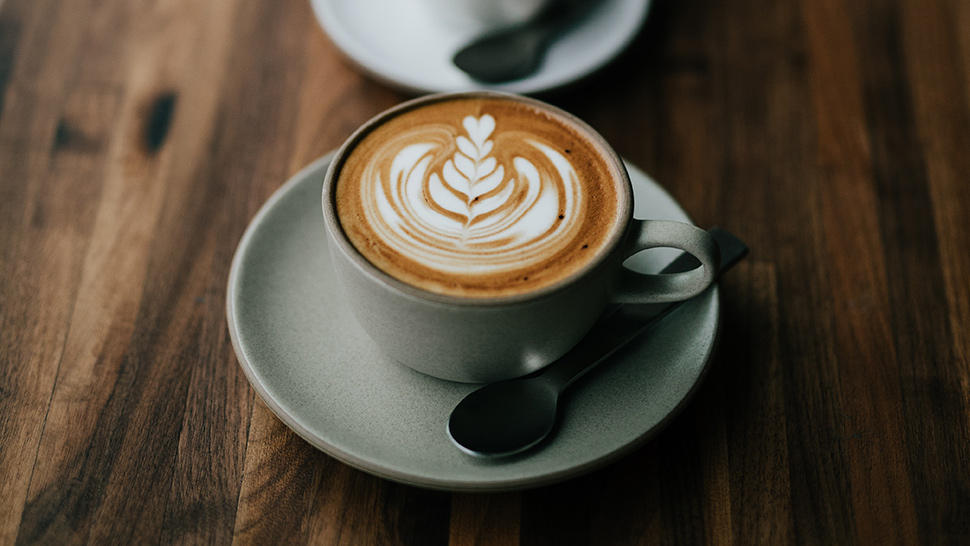 Love Coffee and Tea? Caffeine Could Be In Your Veins
All Photos
Comments
View As List