Just Roll With It: Scrolled Ice Cream Gets The Filipino Touch

The street dessert from Thailand gets a gourmet touch with mangoes, pomelo, and ube from the Philippines. 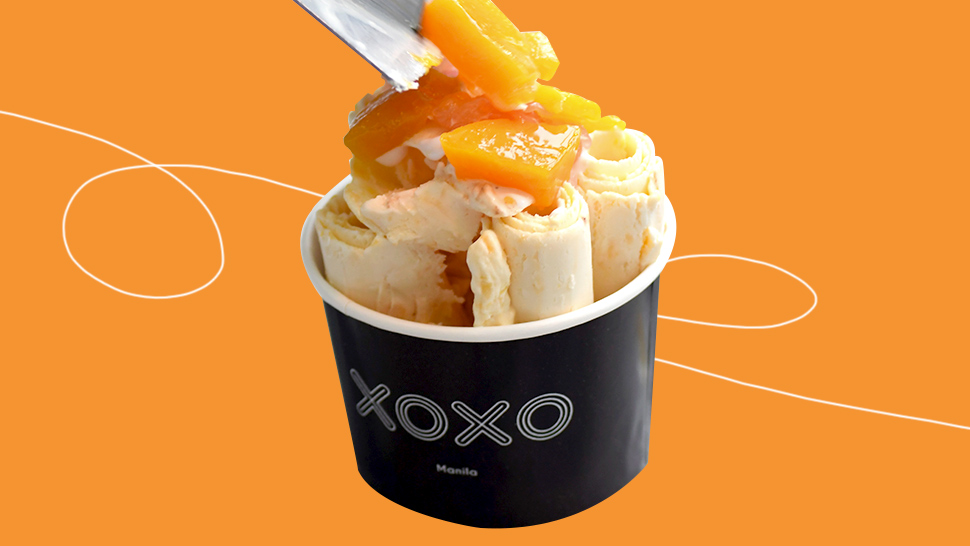 The idea is simple and ingenious: Pour liquid ice cream base on a freezer plate (like a hot plate but cold, obviously), mix it up to get it airy and creamy, then spread the mixture around into a thin, semi-solid layer. Drizzle with sauce or other toppings, then scrape with a paint scraper or metal spatula into little cigar rolls. Each cup or cone is made to order and is as fresh as you can get.

XOXO Ice Cream uses only fresh cream and milk, real vanilla and chocolate, and less sugar in their cigar-shaped sweet treats. In other words, delicious. 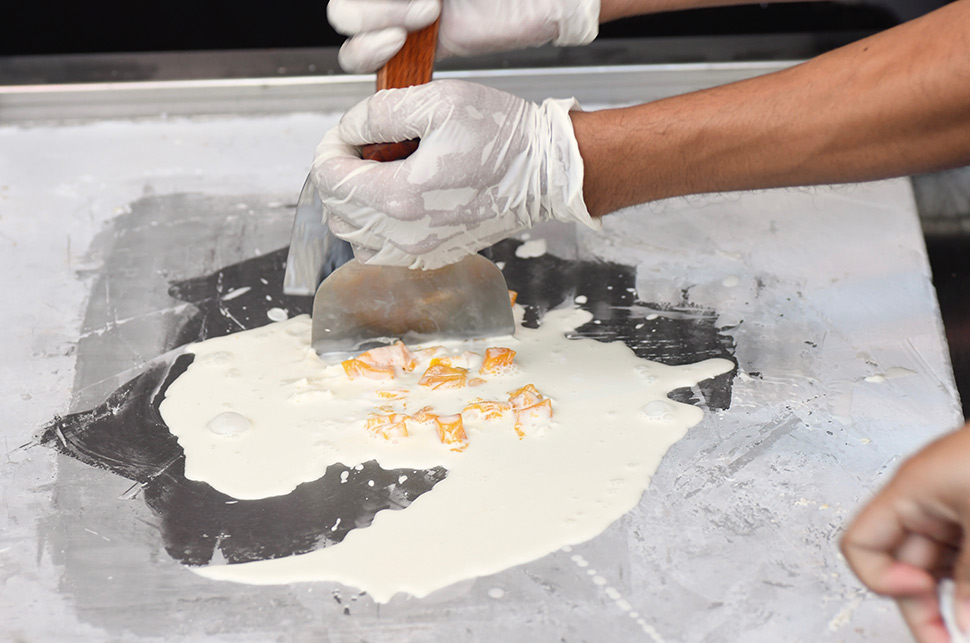 The folks behind XOXO Ice Cream in Bali, Indonesia saw the opportunity to take this popular street dessert into gourmet territory by using high-quality ingredients and homemade sauces.

“We use fresh cream, fresh milk, real vanilla and chocolate. No artificial flavorings or colorings, and about half the amount of sugar found in commercial ice cream,” says chef and partner Sam Wilkes, a New Zealander who has headed dining establishments in the Middle East, Europe, and Hong Kong, and has worked for Michelin-starred restaurants in Macau. In Bali, where they have four outlets, XOXO ranks number one in desserts on Trip Advisor.

“The first thing we do when we go to a new place is source local ingredients,” says Joanna de Oliveira Wilkes, Wilkes’ Macau-born wife and the other half of XOXO’s product development team. “The mangoes here are amazing!”

Three flavors are Manila exclusives: Manny’s Fruit Punch, Mabuhay Fiesta, and I Yam What I Yam. 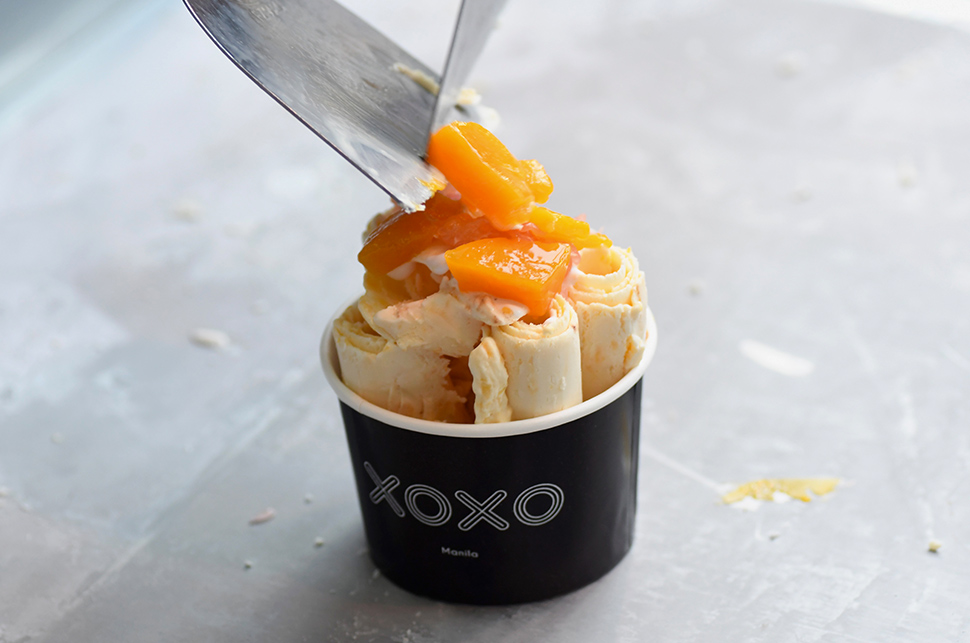 Their explorations have led to three flavors exclusive to the Philippines, where XOXO has two branches and a soon-to-open one in BGC: Manny’s Fruit Punch, a light and tropical concoction with fresh mango and pomelo; Mabuhay Fiesta, an intense, rolled-up version of the halo-halo; and I Yam What I Yam, or ube overload in a cup.

Other arousing combinations include the Matcha Lychee, which is topped with white chocolate sauce and Japanese puffed rice, and the death-by-chocolate Godfather, with crushed Maltesers, chocolate chips, and Tim Tams. 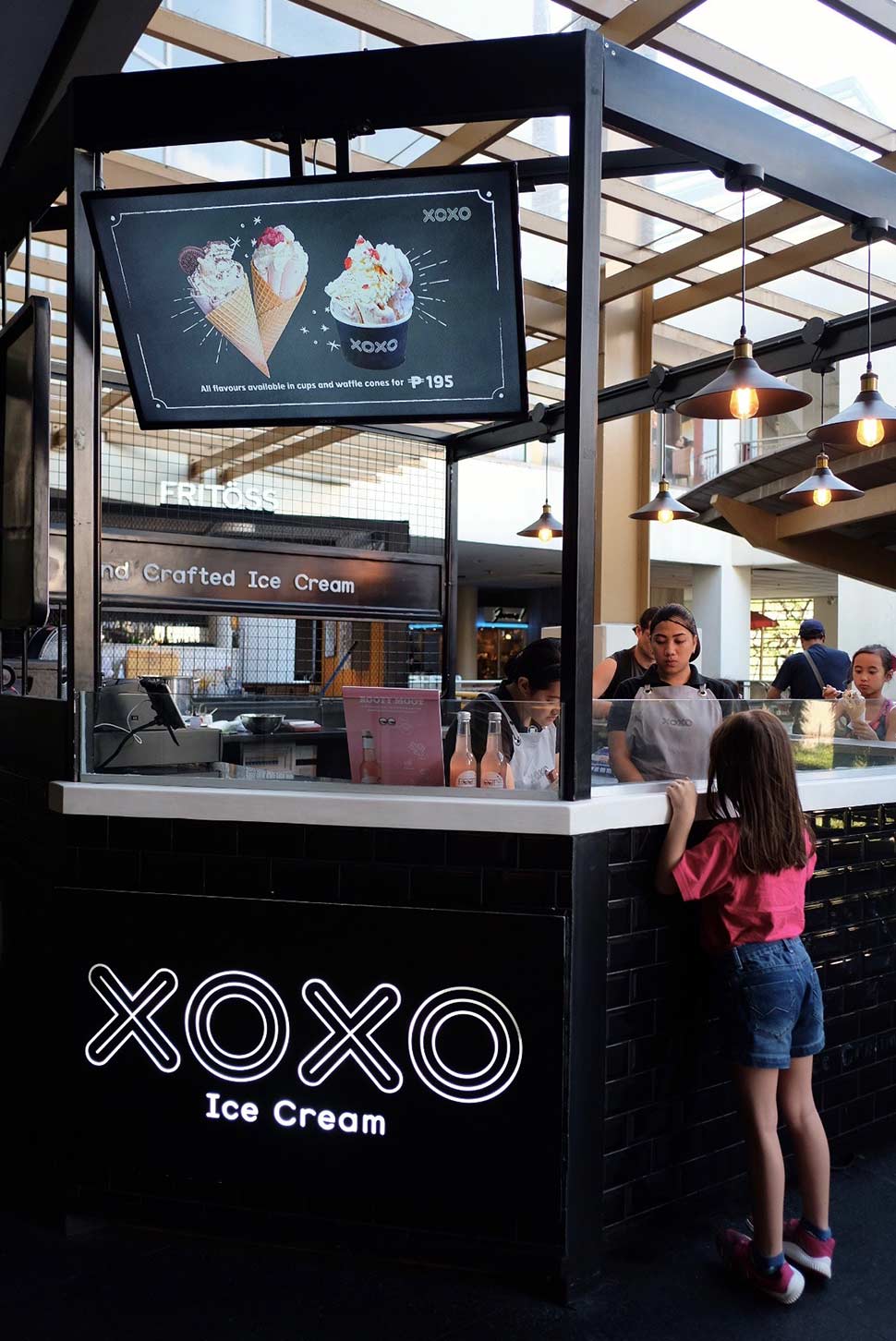 Though they may sound deadly, the ice cream base itself is very light in taste and texture, as there is literally 50 percent less sugar than what is packed into other ice creams. “We found that you don’t need to put so much sugar,” explains Wilkes. “When we were experimenting in the test kitchen, we also took out the eggs and came up with something that was lighter, healthier, and tasted better.”

The art and science of rolling ice cream is not to be trifled with, either. If the ice cream is not cold enough, it will melt too fast. If it is too cold, the ice cream won’t roll properly. And so waiting for your order will always be an entertaining two minutes as you watch liquid “fry” into solids and get curled into neat little scrolls (Marie Kondo would approve). 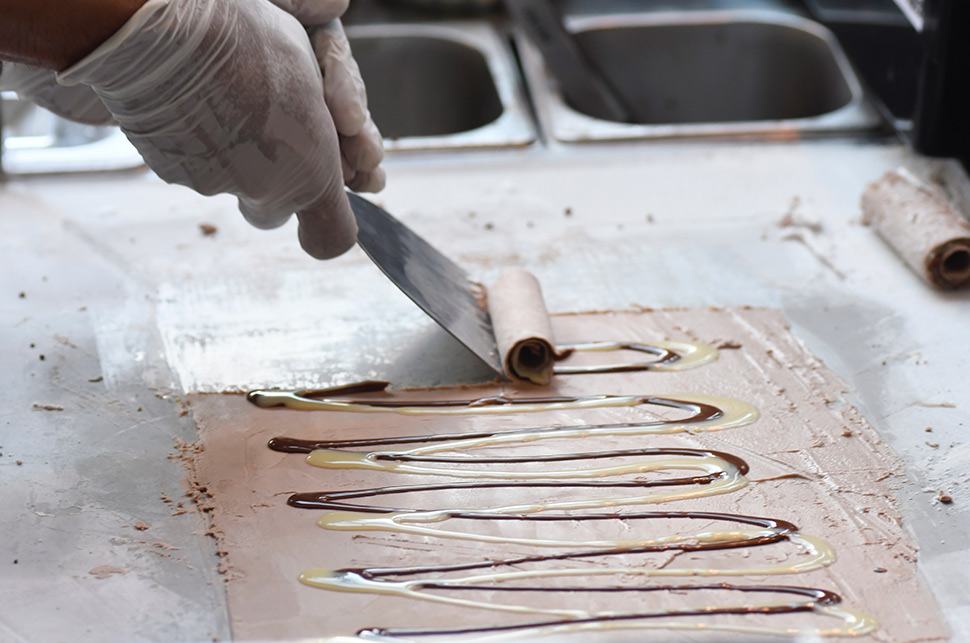 XOXO Ice Cream is at Greenbelt 3, Makati, and Terminal 3 of NAIA. 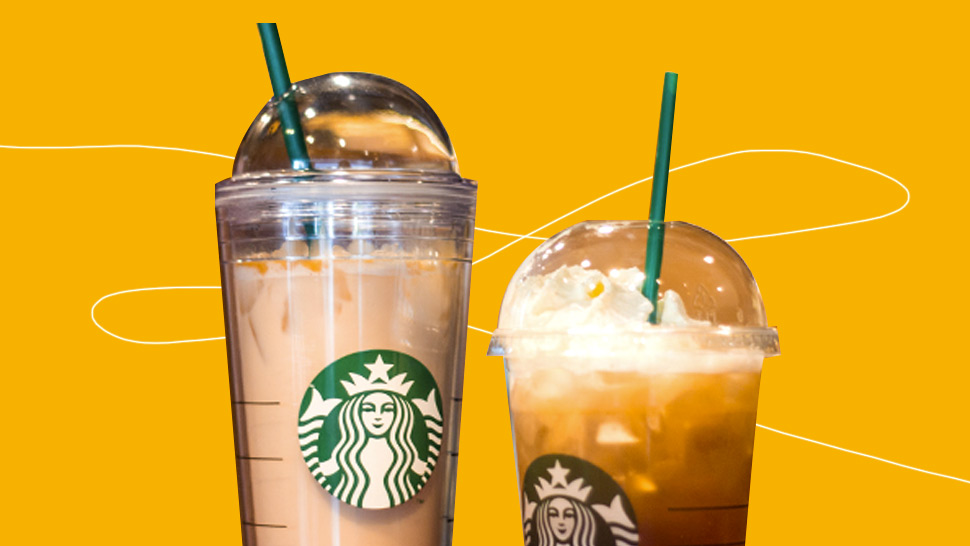 How to Make Your Own Milk Tea at Starbucks 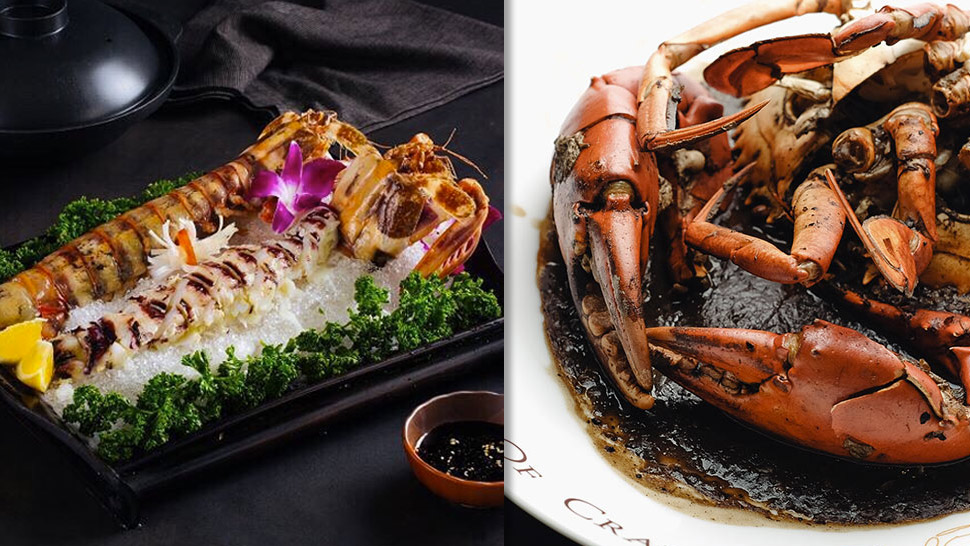