As part of the hotel’s fifth anniversary celebration, Marco Polo Ortigas Manila presents the Philippine debut of premier pizza acrobat Chef Pasqualino Barbasso, who will be performing at the hotel from August 28 to September 15, 2019.

Hailing from Sicily, Chef Pasqualino developed his skills as a pizzaiolo working at his family’s pizzeria, Il Falco Azzuro. In 1998, he won his hometown’s Acrobatic Pizza championship before conquering the world stage in 2001 and 2002, becoming a two-time world champion of pizza acrobatics. He’s been traveling the world ever since, promoting his passion for pizza and Italian food culture in general. Recently, he completed tours showcasing his talent at the Marco Polo Hong Kong, Niccolo Chongqing, and Niccolo Changsha. With over 25 years of pizza-making experience, Chef Pasqualino also heads a pizza school in Italy, where he champions the art and the intricacies of making this beloved culinary staple. 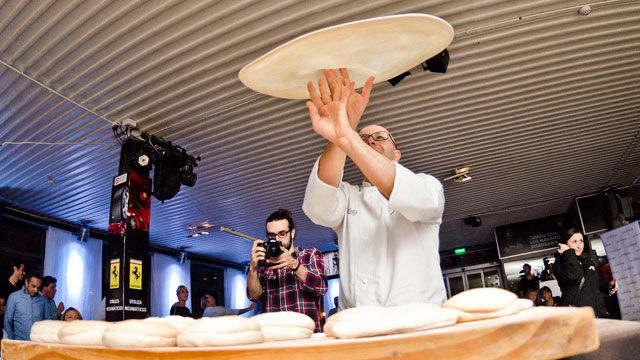 After his displays of dazzling pizza acrobatics in restaurants all over the world, including Brazil, the United States, India, the United Arab Emirates, Malaysia, and Argentina, Chef Pasqualino is set to enthrall Filipinos young and old with his wacky pizza stunts. Catch him at Marco Polo Ortigas Manila’s acclaimed dining outlet Cucina, where he performs for La Vida Italia, running from August 28 to September 15, 2019.