Why The Highball Should Be Filipinos' Favorite Whisky Cocktail
Food & Drink

Why The Highball Should Be Filipinos' Favorite Whisky Cocktail

It's simple, and it's perfect for the way we drink.
CREATED WITH JOHNNIE WALKER
Nov 14, 2019
Shares
Share
Tweet

The highball has been around for over a century. It's a simple cocktail—or more generally, a family of cocktails—that, by definition, is made with a small portion of liquor (usually whisky) and more mixer (usually soda water).

There are many theories about how the highball got its name, but one of the more popular ones suggests that it came from a 19th-century railroad term. Back then, when a train was set to depart, its conductor would give a signal called “the highball," which was three whistleblows: two short, one long. This is supposedly represented by two shots of liquor and a long shot of mixer.

Over the years, the highball evolved, and then became especially popular in Japan. That's because, culturally, the Japanese drink over dinner—not after. On a regular izakaya night, they'd prefer to mix their whisky rather than to sip it neat.

By the same logic, you could argue that the highball is highly compatible with the Filipino culture of drinking. Because if the Japanese drink while they eat, we Filipinos like to eat while we drink. We've even made a whole sub-cuisine out of bar chow: pulutan, in all its glorious forms. We drink beer with pulutan, which means we can certainly do the same with whisky highballs. Now, more than ever, the whisky highball has a place in our local cocktail scene. 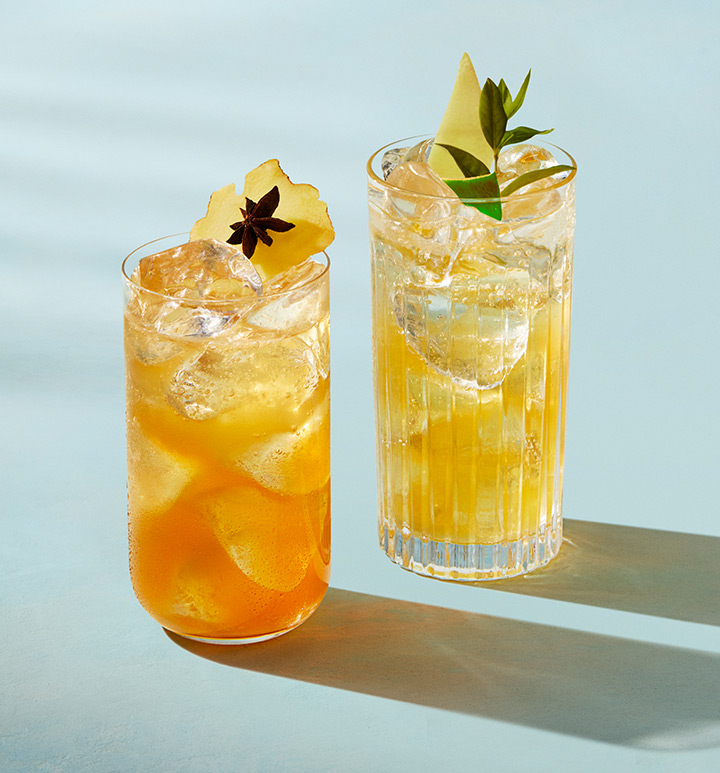 One of the main concerns with highballs, though, is that mixing whisky with sodas or juices tends to make the taste flat. That's why the key to a good highball is a balanced mix—one that can be achieved by choosing the right whisky.

That's where Johnnie Walker—the world’s number one Scotch whisky—shines. The Striding Man has introduced its own take on the classic highball with the launch of the Johnnie Highball Collection.

In its simplest form, a Johnnie Highball consists of Johnnie Walker whisky and a mixer plus garnish, all in a chilled tall glass filled with ice. And while the perfect highball is a versatile drink—which is to say that there aren't any hard-and-fast rules here—Johnnie Walker has a few excellent suggestions that you can make at home. Consider: 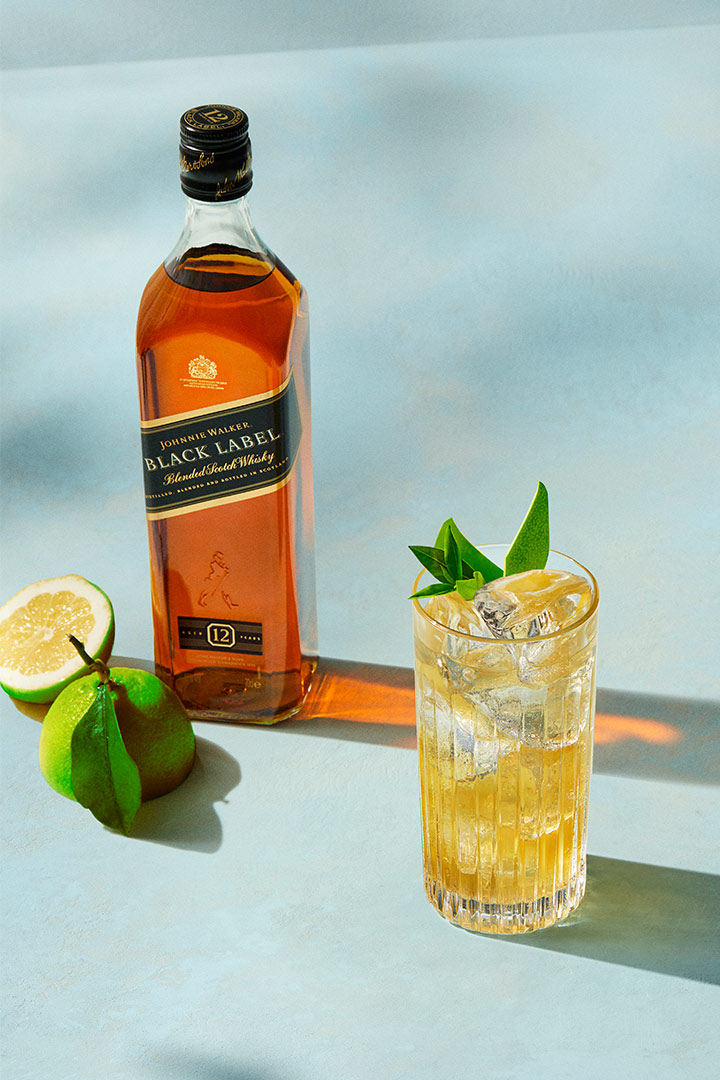 Johnnie & Ginger
The perfect mix of spicy and smoky 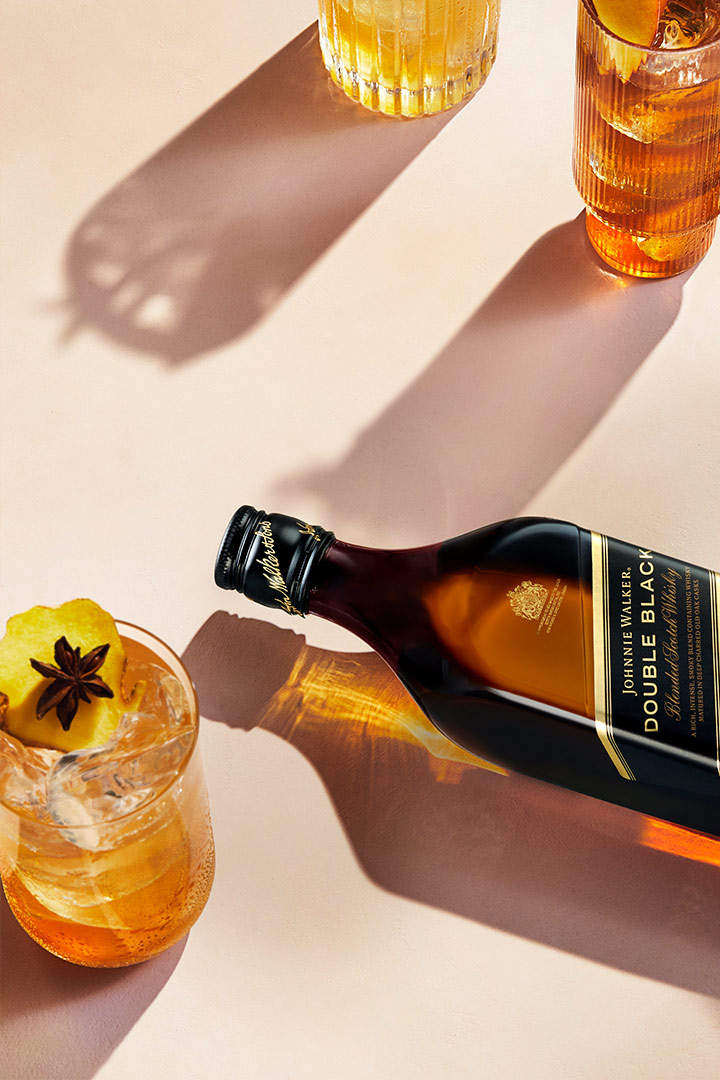 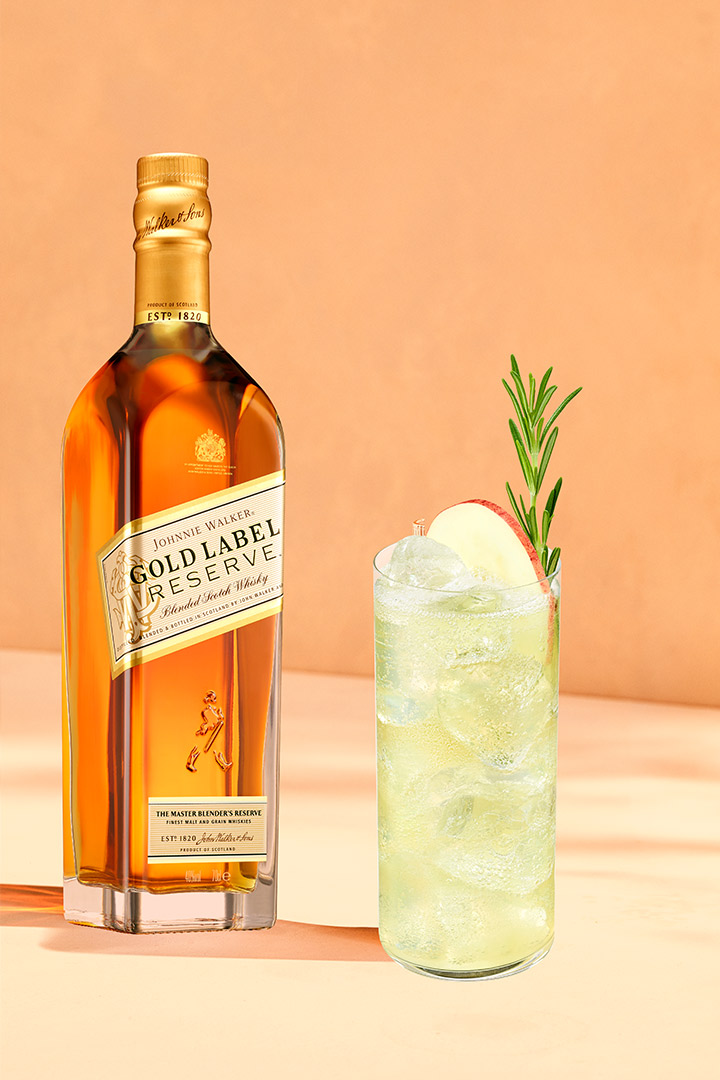