Marijuana: Arguably the most divisive drug in the last decade (politicians do not count as drugs, even if they admit to taking fentanyl). Talk of marijuana elicits a black or white reaction from everyone, from takatak boys to the Pope. In this mostly Catholic country, the reaction to marijuana is still mostly negative. Maybe rightfully so.

Marijuana has been around for centuries. According to Assyrian manuscripts from 2000 BC1, cannabis was used to “bind the temples”—a cure for debilitating migraine. It was also part of the Ayurvedic concoctions seen in 400 BC where cannabis was used for “diseases of the head." In fact, Cannabis was also cited in one of the oldest Arabic pharmacology documents—the 9th century Arabic dispensatorium known as "Al-Aq-rabadhin Al-Saghir."2

As we speak, 58% of American states (that’s 29 out of the 50) have medical marijuana programs (aka they’ve legalized that shiz.) Plus, Canada is expected to legalize recreational marijuana use by 2018.

Just yesterday, September 26, the Philippine Compassionate Medical Cannabis Act was "unanimously endorsed by the House Committee on Health." According to the press release from by Congressman Rodolfo T. Albano III, the bill plans to "establish Medical Cannabis Compassionate Centers" in certain appointed hospitals. The centers "can sell, supply, and dispense cannabis to qualified patients and caregivers to a pharmacist with an S3 license issued by the Philippine Drug Enforcement Agency."

I'm not here to advocate marijuana use. In fact, as a doctor, I would highly recommend the average Juan to stay away from it. However, as with all things, there are certain exceptions and the only way to discuss this is to science the shit out of it.

Hence, here are six medicinal uses of marijuana (the studies mentioned in this article have been simplified to be understood by, well, non-medical people. The “cannabis” mentioned in the studies actually range from different preparations containing extracts of cannabis, to Nabilone—a synthetic cannabinoid.)

There have been 14 studies saying that that cannabinoids can improve spasticity in patients with Parkinson's or MS; however, these results were not statistically significant.

2| Reduction of Cancer-associated Pain
Numerous studies have shown that cannabis greatly decreases pain in cancer patients. One significant study5 was able to show that high doses of cannabis resulted in significant reduction of cancer- associated pain—the results were comparable to taking codeine, minus the grogginess. Another6 went so far as to demonstrate that cannabis helped manage pain in cancer patients, sustainable for up to two years without the need of taking higher-opioid pain drugs. An observational study by Bar-Sela et al7 reported that cancer-related symptoms while on cannabis not only had profound decrease in pain but 50% of patients had even reduced their opioid doses.

3| Treatment of HIV and AIDS Symptoms
In a 1995 study by Beal et al8 involving 139 patients with AIDS, cannabis was significantly associated with increased appetite, improved mood, decreased nausea, and even prevention of weight loss! However, they also found that cannabis was associated with adverse effects such as euphoria and dizziness (in 1995 “euphoria” was an adverse effect. LOL.) Furthermore, they also found that the active component of Cannabis is safe and effective for anorexia associated with weight loss in AIDS patients.

4| Treatment of Insomnia
Of 19 studies9 assessed, 8 trials showed a greater than average improvement in sleep quality, while 3 trials demonstrated reduction in sleep disturbances.

5| Treatment of Anxiety Disorder
A 2011 study by Bergamaschi et al10 evaluated 24 patients with social anxiety disorder. The experiment? During public speaking, they gave half of the patients cannabis and the other half a placebo. Treatment with cannabis was significantly associated with reduction in “anxiety, cognitive impairment and discomfort in their speech performance, and significantly decreased alert in their anticipatory speech.”

6| Reduction of Chronic Pain
In a randomized control trial from 2003 to 2005, Abrams et al11 asked half of patients with HIV-associated sensory neuropathy to smoke marijuana, while the other half smoked placebos. The marijuana group reported more than 70% pain relief.

A meta-analysis9 showed that, in 28 studies dealing with all sorts of pain (from diabetic neuropathy, fibromyalgia, rheumatoid arthritis, musculoskeletal problems, and non cancer pain in general), cannabis was associated with a greater-than-average reduction in the all sorts of pain assessment tools (if you really want to know, they used these different pain scales: Numerical Rating Scale assessment of pain, brief pain inventory-short form, severity composite index, and neuropathic pain scale).

About The Author
Dr. A
View Other Articles From Dr. A
Get The Latest Updates From Esquire!
Subscribe to our newsletter!
Latest Feed
Load More Articles
Esquire Money 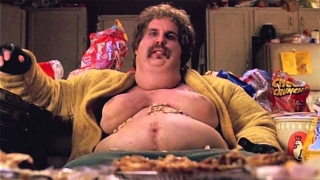