DFW nailed down our society's mental health stigma problem, and the difficulty of articulating one's own mental anguish. 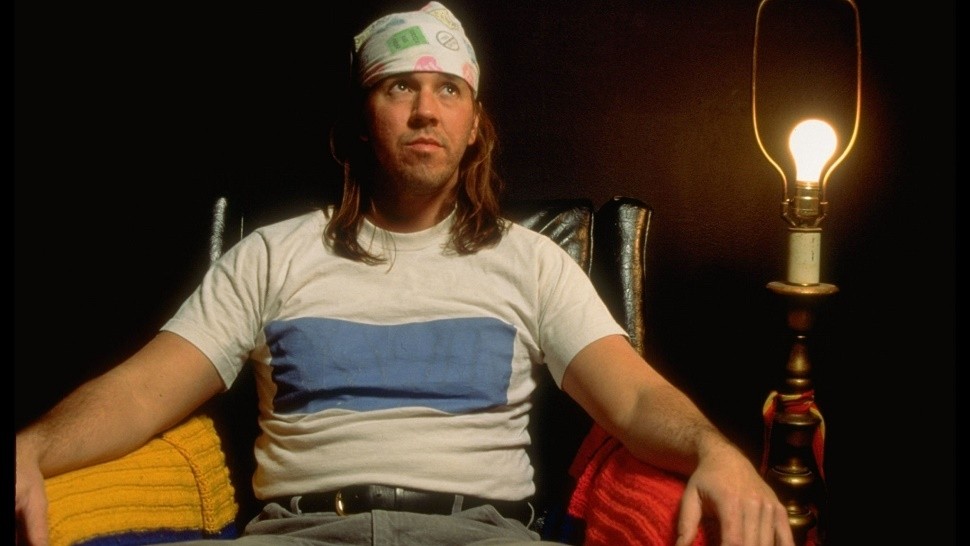 Today, on World Mental Health Day, everyone should take the time to read David Foster Wallace's "The Depressed Person."

Published in Harper's in 1998, "The Depressed Person" is a short story about an unnamed woman with major clinical depression who attempts to dissect her unyielding pain by going to a therapist to discuss her childhood trauma. After the therapist suddenly dies (presumably of suicide), the depressed person is sent into a tailspin, reaching out to her support system in late-night phone calls, all the while knowing that no one will truly understand.

I wrote my first viral article, "7 Things People With Anxiety Want Their Loved Ones to Know," when I was freshly out of college, trying to make my foray into the publishing world using the advice my journalism professor gave me: Write what you know. What I didn't know was that hundreds of thousands would share my article, sending me emails and messages asking for advice, telling stories about their panic attacks, expressing their sorrow. It was only then that I truly understood that countless people—far more than the thousands who shared my work—suffer in silence. Most are just looking for a way around the stigma so that they can talk about it—and feel a little less alone.

Countless people suffer in silence. Most are just looking for a way around the stigma so that they can talk about it—and feel a little less alone.

My piece, like so many identity articles, was shared across the Internet for one real reason: People could see themselves in it. People could post it on their Facebook walls and say, "Yes, this. This is me." People could attempt to define themselves with the click of a button, expressing what they hadn't been able to say themselves. They could speak through the words of a stranger.

Should you take the time, know that it physically hurts to read Wallace's "The Depressed Person"—or, as New York's Jesse Singal aptly put it, "That was maybe the best thing I have ever read about mental health… [and] I never want to read that ever again."

Almost two decades later, it's still difficult to say why "The Depressed Person" continues to touch a nerve for so many people, but arguably its rarest element is that it doesn't only speak to those with depression. It's not an identity listicle, like mine was. It's not shared just to serve the self. It doesn't say, "This is me."

It says: This may not be you, even if you do have depression. This is your college friend who lost her way after graduation, only to fall out of touch with the rest of the gang. This is your soft-spoken, slightly awkward uncle who only ever shows up for Christmas dinners. This is your co-worker who bends over backwards to makes everyone in the office laugh, but when no one's looking, his eyes dim ever so slightly.

Wallace attempts to communicate that horror as best he can throughout the piece, painting what it's like to be so consumed by your own despair that nothing else can possibly have any other meaning.

It starts with the first barbed sentence: "The depressed person was in terrible and unceasing emotional pain, and the impossibility of sharing or articulating this pain was itself a component of the pain and a contributing factor in its essential horror."

Wallace attempts to communicate that horror as best he can throughout the piece, painting what it's like to be so consumed by your own despair that nothing else can possibly have any other meaning, including personal relationships:

The former acquaintances and classmates who composed her Support System often told the depressed person that they just wished she could be a little less hard on herself, to which the depressed person responded by bursting involuntarily into tears and telling them that she knew all too well that she was one of those dreaded types of everyone's grim acquaintance who call at inconvenient times and just go on and on about themselves.

Not everyone has crippling major depression, like the person in Wallace's story. But we all have mental health we have to maintain, and we've all had hard days, weeks, months, even years. Articulating our struggle is no simple matter; even trying to open up to a close friend is filled with I don't knows and Do you know what I means and I feel like I sound crazys. It's raw, it's a rough draft, and it's certainly not a listicle. It's an imperfect packaging of a beating heart.

It's raw, it's a rough draft, and it's certainly not a listicle. It's an imperfect packaging of a beating heart.

If we are able to communicate, there's a very real fear: By being vulnerable, by sharing the imperfectly grim details of our lives, the ones not curated in filtered snapshots on our newsfeeds, we're opening ourselves up to the possibility of being judged for not being happy—for bringing everyone else down.

We all want to be able to say "this is me," to share a bit of ourselves, but none of us wants to give away the secret: That the natural, normal state isn't necessarily happiness.

Our own internal struggle with talking about mental health is only part of the battle, though. In Wallace's "The String Theory" published in Esquire the year of his death, Wallace did what he does best: deep-dive into a topic to expose its inner complexities. Writing about the personal sacrifices professional-grade athletes make to become truly elite, he said:

Oh, we'll invoke lush clichés about the lonely heroism of Olympic athletes, the pain and analgesia of football, the early rising and hours of practice and restricted diets, the preflight celibacy, et cetera. But the actual facts of the sacrifices repel us when we see them: basketball geniuses who cannot read, sprinters who dope themselves, defensive tackles who shoot up with bovine hormones until they collapse or explode. We prefer not...to consider what impoverishments in one's mental life would allow people actually to think the way great athletes seem to think.

Sure, society wants its heroes—athletic or otherwise—to be relatable, but only to a point. We want to know they have natural anxieties and fears, but we don't want to know their raw pain, their imperfectly beating hearts, because that would mean we all suffer—even the best of the best. That would mean that we all struggle to communicate when we're suffering. We're all terrified of being vulnerable, and we all live in a society that repels that vulnerability.

Why can't we all break down the bullshit and start talking about what really matters?

We're all terrified of being vulnerable, and we all live in a society that repels that vulnerability.

In December 2015, my anxiety and depression left me unable to get out of bed. All I could do was scroll through my Twitter feed on my phone, knowing that I needed to get up, get a shower, go grocery shopping, clean, write articles, be a human—all while being unable to do any of those things. And that's when I saw it: A joking tweet from a friend about how she had a cold, and she was just going to lay on the couch watching television all day.

And it occurred to me: Why can she talk about laying in bed all day with a cold, but I'm afraid to say the same thing about my anxiety?

I thought about all those people who had messaged me about their anxiety after I wrote my article, who were blown away by the opportunity to express their anguish with a click of a button.

Why aren't we talking about it?

Wallace nailed down the foundation of our society's mental health stigma problem: the difficulty of articulating one's own mental anguish and the inability of modern-day society to acknowledge mental health issues without getting profoundly uncomfortable.

I'm in the privileged position where talking about my mental health won't affect my family life or my work life, so I made a pact with myself. I started a hashtag on Twitter called #TalkingAboutIt, aiming to talk about my mental health as openly as I would my physical health. Since then, more and more have joined the conversation, sharing their good days, their bad days, and everything in-between.

It's been almost a decade since David Foster Wallace took his own life, but his writings still ring true. In "The Depressed Person" and "The String Theory," Wallace nailed down the foundation of our society's mental health stigma problem: the difficulty of articulating one's own mental anguish and the inability of modern-day society to acknowledge mental health issues without getting profoundly uncomfortable. These problems feed into one another, strengthening each other, fortifying the stigma and isolating those who are suffering in silence.

The only way to kill the beast is to take down its minions, to remove the discomfort. To talk about it. That's what the Internet is for, after all. Opening up may be imperfect. It may be messy. And it will certainly be scary. But when it comes to mental health, this isn't just me or you.

This is all of us.

This story by Sammy Nickalls originally appeared on Esquire.com. Minor edits have been made by the www.EsquireMag.ph editors. 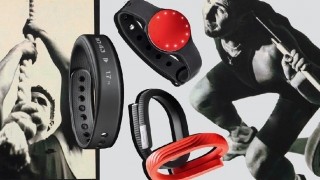