Ross Asdourian was enjoying his evening. And then he really wasn't.

During a recent Esquire.com brainstorm, a group of us writers and editors found ourselves mulling over the the subject of injuries sustained during sex. How lucky it was, then, when I realized not only was I familiar with someone who incurred such a fate—his, a cracked urethra—but one who also wrote a book on the matter.

Enter Ross Asdourian, a New York-based writer and comedian, and Broken Bananah: Life, Love, and Sex... Without a Penis, his true, endearing, hilarious, and cringe-inducing account of what happens when it all goes wrong in the bedroom.

Below, Asdourian breaks down the best, worst, and yes, hardest takeaways from his experience. Stick around for an exclusive excerpt from the book.

Coming up with a cover story felt key in the immediate aftermath.
Recovering from surgery is pretty hard to hide, but rather than share all the gory details over text and email, Asdourian, 32, favored a line about suffering a terrible bike accident as the reason for his injury to friends and family. "The rule of thumb was, if you came to visit me, you got the real story. But if you just heard through the grapevine, there was the bike accident story. I had said I was impaled, and people don't generally ask questions after the word 'impaled' so it worked."

The universe never loses its sense of humor, so neither should you.
Asdourian's surgery was performed by Dr. Wang at Weill Cornell Medicine on the Upper East Side in Manhattan. Yes, you read that right. "Over time, I realized that this was something pretty easy to laugh at," he recalls. "In a time where it's hard to laugh at anything."

The break, it turns out, is not the worst part of breaking your penis.
"Getting erections with a catheter is really, excruciatingly painful." 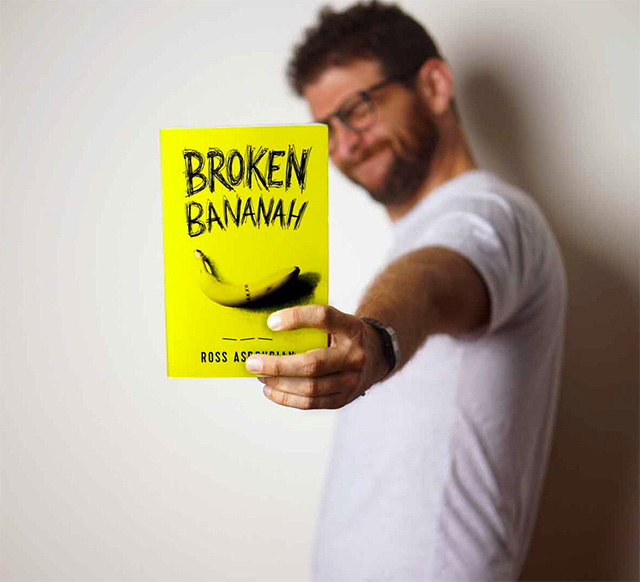 Actually, it's not even the second-worst part of the experience.
Instead: "When I had my catheter put in the second time...that was like a flamethrower being shot into my body."

It does change your views on sex, sort of.
"I would say I appreciate sex more," he explains of how he approaches it now, years removed from the situation. "It was three months before I could have sex, and I had another year and a half of discomfort before I was truly not aware of it [during sex]."

Writing about it was a weirder than anticipated experience.
"It's refreshing as it is difficult," says Asdourian. "When you're at a job, you can come home and be frustrated and say, 'Well, my manager has this problem and the work has that problem...' When it's you, you really can't complain because you're the product. I am examining my own life and why I am the way I am and discovering if what I find funny, other people find funny."

He's collecting more stories—thankfully, not his own.
"I am now the beacon of hope for people who have had sex incidents," he says. "I have gotten so many random messages, and even outreach from friends of mine. I had a friend call me at two [o'clock] in the morning when he had a scare. The woman was still in the bedroom!" He adds, laughing. "I was like, 'Hang up the phone.'" Another time, "I had a buddy of mine, he [called] and asked, 'Hey, will you talk to my friend? He's in the hospital, I thought you two should talk.' The friend is telling me the drugs he's taking, asking me about recovery, and says, 'I have to have my catheter in for a week.' I replied: "Don't worry, I had mine in for a month."

An exclusive excerpt from Broken Bananah

“What happened?” Nikki said on all fours.

The only response I could muster up was the sound of air being sucked through my clenched teeth. I laid on my side at the foot of the bed. The street lights shined through the window just enough to see the damage. Like a beached whale, my soldier rested helplessly on the sheets.

She had no clue. I felt like I sent a mental signal to the entire universe, but somehow she missed it. Thousands of thoughts and scenarios fire through my mind, a different story for every person in my life. An imaginary text to everyone this would affect goes out to my friends, family, ex and current lovers. Nikki finally rolled onto her back. I carefully scoot off the bed and flick the light on. I look at her and deliver the news.

“I think I broke my penis.” Those were the actual words I said in the most matter-of-fact way any man could. Looking back, the use of the word penis seemed rather proper for the situation. Looking down, the real situation continued to swell. If you take your pointer finger, point straight ahead, and then bend it a little to the left like a hook, that’s a loose idea of what my tim tam looked like. Crooked.

“Very.” Panic set in on that word. I began to feel light headed. Instinct quickly combatted it.

“I’m calling 911,” I said in the most pragmatic way with the phone already dialing, “and I’m feeling light headed.” The disco stars were blinking in my vision as the internal sirens sounded in the distance. Nikki’s hand covered her mouth to stop the ‘Oh My God’ phrase from continually spewing.

“You have my address in your phone, you have to buzz when they --,” another voice entered my ear before I could finish.

“911, what is your emergency?” the operator interrupted my instructions with her infamous line.

People live their whole lives not dialing 911, and there’s definitely a universal hesitancy to call for any non-dire situation. I’m the type that has trouble asking for help, even when I desperately need it. What if someone else was being shot at and I was tying up the line? My mind always finds time to have a counterpoint, regardless of the situation. Would the operator laugh when I verbalized my emergency? How would I say what I needed to say to avoid sounding like a prank call?

“911, what is your emergency?” the operator’s greeting repeated in my head.

“Hi. I think I’m going to need an ambulance. I believe I broke my penis.” My medical tone and the use of the p-word discounted any possibility that this was a prank call. I have a recurring voice in my head, who is more like an urban translator, that delivers a dramatic rendition of my thoughts. My inner voice yelled, “My dick broke lady, send help!” The operator, who sounded like a Linda, understood that this was not a drill.

“I can’t believe this,” Nikki mumbled continuously in the background. It was a shared thought between her, Linda, and myself.

“Excuse me sir, can you repeat that?” Linda asked. I can’t blame her. Audible words barely escaped my cottonmouth.

“I believe I broke my penis during intercourse just now,” I reinforced.

“Okay, I understand. Are you in a safe place?” Linda asked, more out of habit than irony. For the first time, I started playing the ‘what if’ game. What if I was camping in the woods? What if we had pulled over on the highway? What if we were at some S&M sex party and I was hanging upside down, halfway into a glory hole? It’s New York. Anything is possible and nothing can be written off. Linda has probably heard it all. Figure speech aside, I was in a safe place. The safest place, really. I was in my two bedroom, East Village apartment. East Village being synonymous for small and overvalued.

“Yes ma’am, I’m in my apartment in the East Village in Manhattan, New York.”

Manhattan, New York was one of the dumber things I’ve said in my life, but Linda let it slide. Nikki sat against the wall, eyes pinballing around the room.

“Okay sir, what is your address?” I listened to her questions as I sat naked in my bright room. The lights seemed to get brighter and my head started to spin as the internal alarms tripped.

The door buzzed. Dispatch sent me two men who can only be described as Jersey Shore alternates. One large man and one small man arrived from what was either a gym or a hair salon. Linda knew she needed to send men who understood the stakes of my predickament. With a pair of basketball shorts draped over my boomstick, I looked up at the two Italian bodybuilders and smiled.

Medics see unthinkable gore, and it can be unnerving how passive they are with it. It’s one thing for a friend to see something twisted and react with no regard. It’s another thing to watch a medical professional see an injury and gently mouth the word “fuck.” It was bad. I knew it was bad. I actually appreciated their honesty and it quickly validated their humanity.

“I know bro, I know.” Bros around other bros have a multiplier effect. While I’m truly not a bro, I adapt quickly to the personalities around me. It’s a survival tactic to fit in when you want people to like you. It’s also a sign that I grew up in the theatre.

“Alright can you walk?”

“We can take you down in a stretcher, but that might be harder for you.” I am of the theatre, but I am not theatrical. I pulled my elastic blue shorts over each of my three legs with the help of everyone in the room. There’s a wonderful Bill Murray movie, What About Bob, where Murray’s character has a simple mantra for overcoming problems. He repeats the phrase “baby steps.” Baby steps out of the office. Baby steps down the hall. Baby steps to the car. Looking at the ten feet between the door and me, I literally and figuratively enlisted this mantra.

After flights of baby steps, we arrived outside to find the ambulance waiting. With a handful of steps left to get in the back, I paused to ask a question. The paramedic closest to me turned rather quickly, despite the circumference of his torso, as I delivered my ponderance.

“Do you think I should take a taxi to the hospital?”

Joe the medic looked at me and fielded my financial concern.

“Look bro,” he started, unwavering from our bro status, “it’s ultimately your choice.” I calculated costs in my head while he explained the most obvious answer ever.

“If it were your toe, I’d say maybe. But this ain’t your toe.” His grammar were wrong, but he was right. Verified by its swelling size, it was not my toe. The driver made a phone call and relayed that we were going to pass the closest hospital for a better one, Weill Cornell Medical Center. This decision, unbeknownst to me at the time, saved my strife. The sirens briefly sounded off as we sped towards the Upper East Side. 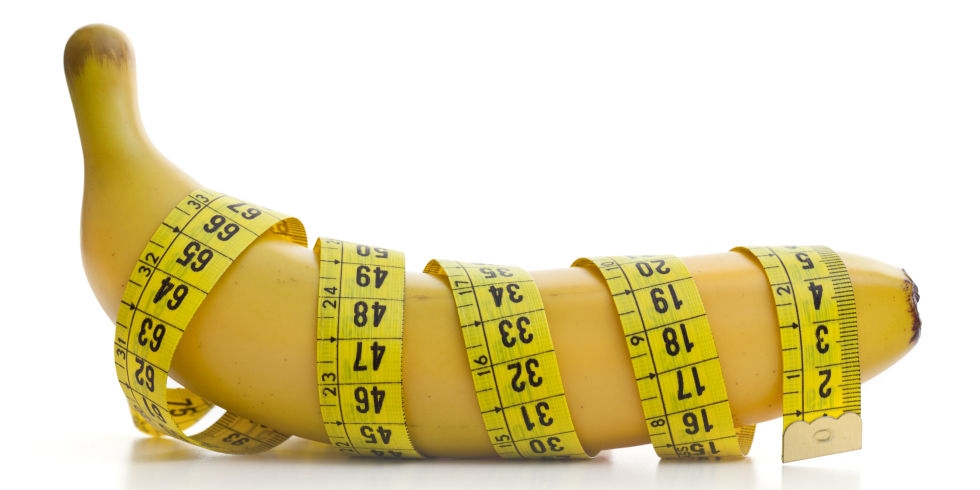