Sam Smith pubs might want to rethink their recent ban on swearing, as a new study has found that using expletives in fact causes an increase in physical strength.

Both groups carried out the strength and endurance tests twice, one after swearing and once without. Richard Stephens, a psychology lecturer at Keele, explained to WIRED that in the test where participants swore, more power was produced.

"When we got people to repeat a swear word or a neutral word while they were doing it, we showed a performance increment with swearing," he said.

He explained that there was four per cent more power in initial attempts where participants had sworn and overall almost a three per cent increase with swearing across 30 seconds showing: "It's not just a chance effect; there's something really there".

The handgrip test too proved that swearing increased the amount of pressure participants gave off after having sworn with an eight per cent increase in strength.

"We've got a clear effect but no clear explanation for the effect," Stevens explained, but hinted that, "Maybe it is just a general disinhibition."

"Swearing kind of makes you throw off the shackles and throw caution to the wind and be less up-tight about things and the benefit could come from that," he said.

You know what to do next time you're heading off to the gym then (just make sure your mum isn't in earshot.) 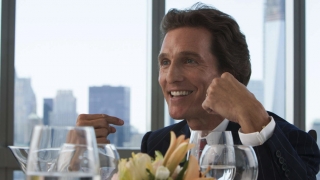