The Man Who Got Rid of Everything

Following a bad break-up, he put everything he owned into storage and lived without any material goods. 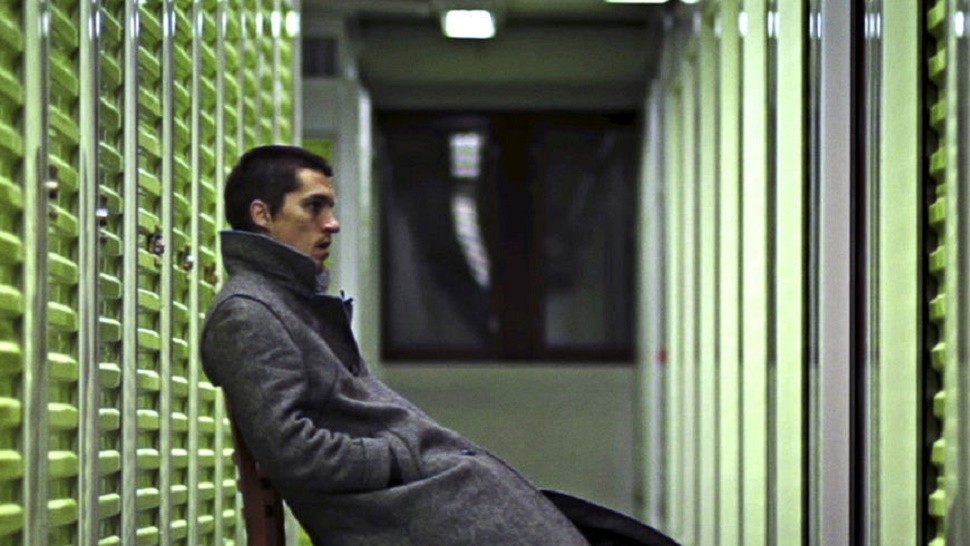 In October 2010, Petri Luukkainen's long-term relationship fell apart. The Finnish commercials director and documentary editor, who was 23 at the time, hit a wall. His response was to seek solace through his credit card, spending with wild abandon. But as his flat filled up with new purchases, his feeling of emptiness only increased and he soon began to resent the material possessions he'd surrounded himself with.

In a bid to examine why he was doing this, and what it would take to restore a level of happiness, he devised a year-long plan: he would move all of his stuff–literally all of it–into storage, bringing out just one item a day and building his material life back up from scratch. He decreed not to buy anything for that year–and, crucially, to film the process.

"I'd never been in front of a camera, I was doing this crazy thing with my life, and me and my friends thought we should maybe film it," he explains. "I said to them, 'If I don't feel comfortable with it or something bad happens, you have to let me burn the film.'"

The result, My Stuff, is a curious, amusing, and occasionally bleak documentary that serves up food for thought. Look out for the copy of Fight Club in the crate of DVDs he packs away. It's no accident; the underlying theme of the film is Luukkainen's response to a culture of materialism and marketing, one that encourages us to define ourselves by our possessions.

"I'm more sure about myself now," he says of the experience, claiming it taught him to live a more minimally and ecologically sound life (he left hundreds of his things in storage for good). "In a way, the project was like a late puberty for me. It gave me more of a grip on who I am. I feel like I've made a point of who I want to be."

These are some of the things he learned.

1 | Take control back from your phone

"The film made me think about mobile phones a lot. You can be out with a friend and their phone rings and they stop talking to you in order to answer. Phones bring an absence of presence to our lives. During the film I lived well for three months without one. It felt so normal–I was a single guy, no kids, so it was possible–but it was surprisingly easy and really, really relaxing. Now I don't keep my ringer on, and I keep my phone face down on the desk, I just check for messages every couple of hours. I feel more in control of my life. It's a really simple thing but it amps up your everyday happiness. It's about drawing your own boundaries. It's selfish, but I'm allowed to do it. Of course, if I know somebody's coming to pick me up or something I put the ringer on. I'm not an arsehole."

"When I met my girlfriend about halfway through the process I thought I should start buying things, but then if I did the whole experiment up to then would have been pointless. Looking back now, I think I was in some sort of weird mode. It's so strange that I did this whole thing and stuck to these rules for a whole year. If I had been in a position to give myself good therapy, I would have said, 'Petri, you're just lonely. You don't have too much love in your life. You're projecting all of your bad feelings towards your stuff. You have to love yourself!' But it's not that easy."

"We have relationships with items like we do with people. You can sustain good relationships with maybe 10 close friends or loved ones, then maybe 40 people you can really call friends, despite the number of Facebook friends you may have. It's the same with items. We store all these things in our homes, and because we see them we think we feel something for them–an emotional connection–and we feel that we need them. But that's only because we can see them. Think about what you haven't physically touched in two years. I spent a year apart from my items and those connections just disappeared. I don't want a lot of things because things need to be maintained, you have to spend a lot of energy on them. Take a car, for example: first you buy it, then there's insurance, petrol, and repairs. A lot of things we acquire which are supposed to make our life easier take something in return."

4 | Men who collect are fetishists

"Some people think now that I'm some kind of Buddha or eco-Jesus living alone in my empty flat with two grey stones and a mattress. I do live quite a basic lifestyle but I think in some ways I'm now even more materialistic because I really appreciate things more. I've got a few DVDs and maybe 40 records, although I do have Spotify. A lot of my friends have shelves and shelves of DVDs, and some guys truly are their collections. It's a fetish. They like the smell of the vinyl. You present who you want to be to yourself through this love of your DVDs or records. If you talk to your friends about which things you'd bring back from storage, you're explaining your personality through those choices."

"When we were filming I wasn't even thinking about it in terms of a film. But as I was putting it together I wanted to do it properly, so 10 years later I wouldn't be saying, 'Yeah I did this thing once but it was a bit shabby, I didn't really do it properly.' I feared that. I realized later when I looked back that I'd been thinking about this sort of thing for years but not doing anything about it. I'm really happy that I acted upon it though. In the end that would be my main thesis: do something."

About The Author
Morris Kessler
View Other Articles From Morris
Get The Latest Updates From Esquire!
Subscribe to our newsletter!
Latest Feed
Load More Articles
Esquire Money 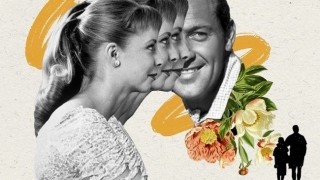 Flirty At Forty
All Photos
Comments
View As List