His impact on Philippine boxing has been enormous.

Don Abnett is a short and stocky man with massive arms, but the Aussie hardly looked intimidating. More so because he doesn't call attention to himself when he conducts his business, both inside the ring and out of it.

But his impact on Philippine boxing has been enormous.

Wholesale changes which he introduced in the running of the national boxing program since coming on board in 2019 have reinvigorated a sport that for so long had been the country's biggest source of medals, but had largely underachieved over the years.

The reforms, while many, were introduced subtly so as not to rock the boat in a program where both coaches and boxers have for so long been set in their ways, both in terms of the training regimen and the techniques they bring to the ring.

The effect has been almost immediate based on the successful campaigns at the 2019 world championships, the Southeast Asian Games at home and now here at the Tokyo Olympics, but the Aussie from Canberra was quick to play down his role.

"The Philippines has good boxers, a good structure," he said. "It just needed a different pair of eyes to take a look at things and coach the athletes to develop their own coaching brains, so that they can make their own decisions."

Abnett has been around boxing long enough to be familiar with Filipino boxers, first as development coach of Australia's national team and also its head coach. He and Kevin Smith, a British coach who also worked with the Aussie boxing team, even helped the Philippine side during the 2012 Olympics in London.

Smith, now the head coach at Australia, worked briefly with the Alliance of Boxing Associations of the Philippines as a consultant from 2012 to 2015. And when Abnett had a falling-out with the Australian federation, he became available to come over and take over the boxing program.

The Best Thing That Happened to Philippine Boxing

From the first time he interacted with Abnett, Abap executive director Ed Picson knew the former national coach of Australia ticked most of the boxes for the Philippine team.

Since he speaks English, Abnett eliminated the communication gap that had caused problems for coaches from countries like Cuba. He's also down to earth and easy to get along with, unlike Cuban coaches who mostly bossed local coaches around.

"Napakadaling kausap nung tao. When we were asking him if he needed to stay in a hotel [upon his arrival], sabi nya, ‘Whatever you feel is right, I’m okay with it.’ [In the end] he agreed to stay in the gym in Baguio," Picson said.

The former Australia head coach made a bigger difference in the methods in the preparation of the boxers and in their techniques inside the ring, uncompromising in stressing the importance of science and video review in the process.

Once he took over, a television set in the boxers' quarters that would otherwise be of use only during videoke sessions was finally switched on for its intended purpose, since Abnett was diligent in reviewing fight tapes pre- and post-fights.

He's what Picson described as a 'boxing geek.' And he wasn't even joking.

"He’s very studious and analytical. When he breaks down the style of boxers, he’s very detailed. He measures even the work ethic of the boxer, the positioning of the feet, yung mag lead hand, ganyan," said the former TV sports analyst.

That extra attention to detail has worked wonders for Philippine boxers, who for years were stuck with a one-size-fits-all style espoused by coaches. That system brought success for years, but victories dried up when it became too predictable for opponents.

That's the reason Abnett hardly coaches his boxers from ringside. "Don uses short phrases and minimizes instructions during fights. He wants to develop a boxer’s brain that allows the boxer to decide what to do while in the ring," Picson said.

It will take a while before the change in culture can be fully embraced, but the results have already been very encouraging. Since Abnett took over, Nesthy Petecio won gold and Eumir Marcial a silver medal at the 2019 World Championship, Josie Gabuco won an Asian title, and the Philippines clinched the overall championhip in the 2019 SEA Games at home with seven gold medals.

Now a four-man team that Abap sent to the Tokyo Games has tasted only a few defeats so far. Nesthy Petecio won a silver, Marcial is in the middleweight semifinals and young Carlo Paalam is knocking on the semis door at flyweight.

This early, this team has surpassed the Olympic success of any of its predecessors while helping guarantee the best finish by a Philippine delegation ever since it started competing in the Summer Games in 1924.

Abnett said all he has done is equip the boxers with enough skills and knowledge to be supremely confident each time they climb the ring against the world's best boxers.

"It was all about confidence," the national coach said. "Like when Carlo comes up the ring against the Uzbek fighter, or Cuba or Russia, they just have a lack of confidence. They need the confidence to believe in themselves."

Abnett's stock is expected to rise in the boxing world as word on this Olympic success story spreads. But the Aussie said he loves it in the Philippines and would love to stay around, so long as he's still wanted - and so long as the budol-budol gangs don't get him again.

"So long as they want me here," he said. 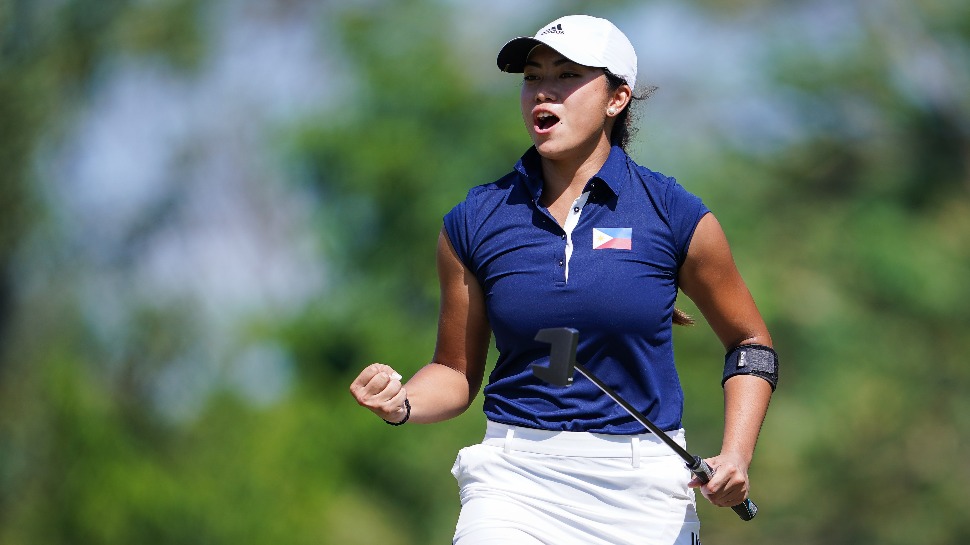 Who Is Bianca Pagdanganan, the Filipino Golfer With a Strong Shot at a Medal?
All Photos
Comments
View As List