No sore losers or winners here.

Sport is supposed to help us bring out the very best in us—not just in terms of physical performance, but also when it comes to the human spirit. Sports teaches us about values like discipline, fortitude, grit, teamwork, integrity, and magnanimity. It's where the concepts of sportsmanship and sporting attitude come. Being "sportsmanlike" isn't about performance.

Unfortunately, the latest news cycle has instead been filled with this crying shame instead:

Despite this recent altercation, we believe that there is more good than evil in this world. Here is a reminder that sports is still mostly about bringing out the good in us.

For this year’s World Cup, Portugal’s star player Cristiano Ronaldo may have said goodbye too soon, but not without this winning moment. During Portugal's game with Uruguay, the very team that sent them home, Ronaldo was caught by the cams as he helped an injured opponent off the field. The player in question was none other than Edinson Cavani, who scored both of Uruguay's goals.

Cavani was visibly exhausted and just before the 70-minute mark, he started limping off the field to treat his injury. Ronaldo noticed him so he walked over and let Cavani lean on him until they reached the sideline. While some argued that Ronaldo just wanted Cavani off the field, fans in the stadium were then heard applauding the football star for this sympathetic gesture.

It was the 1936 Summer Olympics in Berlin and German long jumper Lutz Long had just set an Olympic record during the preliminary rounds. Up next was American Jesse Owens. He fouled on his first two attempts and he would be taken out of the competition if he fouled again.

Before Owens made his final attempt, Long advised him to adjust his take-off point so that he could advance to the next round. Owens followed Long's advice and qualified for the finals. Not only that, but he set a new world record to win the gold medal. Long, whose record has just been broken, took the silver.

In an interview, Owens said that it took a lot of courage for Long to befriend an American in front of Hitler.

"You can melt down all the medals and cups I have and they wouldn't be a plating on the 24-carat friendship that I felt for Lutz Long at that moment," he said.

Long was killed during the war, but their families remained friends. 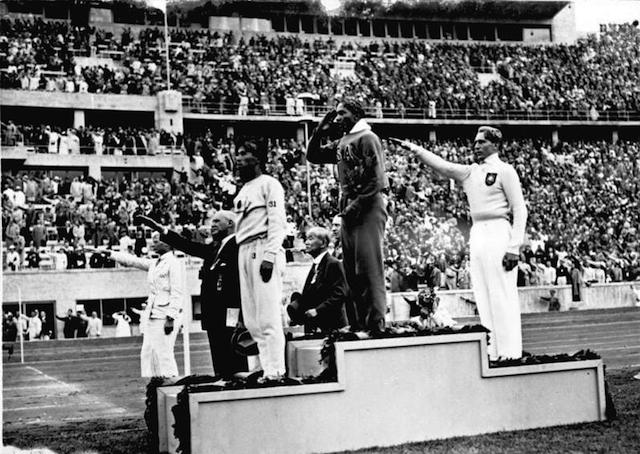 Japanese sports teams and fans in any world event

Oh, Japan. You should populate the world and spread good manners and right conduct all around. In global sporting events, the Japanese team and their fans constantly make headlines because of their impeccable display of character. During the 2014 FIFA World Cup, after being sent home by Ivory Coast, fans were seen cleaning up the stadium–an act widely practiced back home.

For the 2018 World Cup, the Japanese fans were also seen cleaning up after the games and this inspired other countries to follow suit. Despite a heartbreaking loss against Belgium, the National Team also cleaned up their lockers and even put a sign that said “Thank you” in Russian.

The 2014 Hopman Cup held in Australia was witness to some interesting plays but none more so than the championship match between Australian tennis player Lleyton Hewitt and his American opponent, Jack Sock.

Hewitt was behind in the first set 4-5 when Sock shouted, “That was ‘in’ if you want to challenge it,” referring to Hewitt’s serve. It was confirmed by the replay of Hewitt’s first serve shows the ball landing on half of the sideline, which counted as “in.” Hewitt went on to win the game, and Sock, the hearts of the crowd.

Baseball fans of all ages are more than familiar with the rivalry between the Boston Red Sox and New York Yankees. This is the reason why it both shocked and amazed fans when Yankee shortstop Derek Jeter thanked both his fans and his opponent’s fans during his final MLB game in 2014.

He hit a game-winning, walk-off single in the bottom of the ninth and instead of resting the final road stand, Jeter stepped to the plate for one last time. He was cheered on by Sox fans, and he thanked them in return before saying goodbye.

The heat was on during a 2000 English Premier League match between West Ham and Everton. The match tied in extra time and Everton goalkeeper Paul Gerrard injured his knee, leaving the net wide open.

Gerrard was on the floor and in pain. Another West Ham player passed the ball towards Paolo Di Canio, who waited in front of the wide-open goal. Instead of receiving the pass and scoring the winning goal, Di Canio caught the ball to allow Gerrard to be treated. The crowd gave him a standing ovation and he later earned his FIFA's Fair Play Award in 2001.

It’s not difficult to resort to bashing and sour graping, especially if your mortal enemy is the one who beat you. This wasn’t the case with last year’s UAAP Men’s Basketball games when rivals Ateneo de Manila University and De La Salle University faced each other once again during the championship round. It was a close match, with the Blue Eagles beating the Green archers, 88-86.

Immediately after the Eagles took away the crown from the defending champs, De La Salle University showed their sportsmanship by lighting the St. La Salle Building in Taft Avenue in blue. Fans posted photos of the building in social media and gave props to the team for taking the high road.

It’s not unusual for runners to stumble, fall, and get injured during long races. What’s unusual is for fellow racers to help their competitors cross the finish line. Case in point: the 2016 Rio Olympics. New Zealand's Nikki Hamblin and Abbey D'Agostino of the US accidentally collided with each other during the 5000 meter run. They still had 2000 meters to go and when D'Agostino got up, she tried to help Hamblin to her feet. Unfortunately, she had injured her leg and fell back down. The gracious Hamblin then helped the American runner to get back up. The two carried each other and ran the rest of the race until the finish line. Miraculously, they made it to the finals but D'Agostino was not able to compete because of a torn ligament. Hamblin came 17th and the duo was later awarded the Olympic Fair Play Award.

In 2017, during the London Marathon, a runner gave up his own race to help a fellow exhauster runner cross the finish line.

Southeast High School’s quarterback Nate Haasis set the Central State Eight Conference record for career passing yards in the final minute of a loss to Cahokia High in 2003. He remembered, however, that there were no attempts to defend or tackle the receiver who caught his record-setting pass.

When local newspapers started reporting that the coaches made a deal to manipulate the match, Haasis decided to make things right. He wrote a letter to the director of the conference and requested that his final pass be omitted from the conference record book. "I would like to preserve the integrity and sportsmanship of a great conference for future athletes," Haasis wrote.

Never underestimate the sportsmanship of children. In 2016, Barcelona won the Junior Soccer World Challenge, beating local team Omiya Ardija 1-0 in Tokyo. The young Japanese players looked distraught after losing the match in home court. Some of Barça’s players noticed this and approached their opponents. They were seen consoling the Japanese team and seemingly giving them words of encouragement. The internet was quick to notice and fans of both teams praised the maturity of the young players.