After four hours of celebrity-fronted theatrics, the two-minute slap fight swiftly showed everyone who bought PPV boxing's future, and maybe even more. 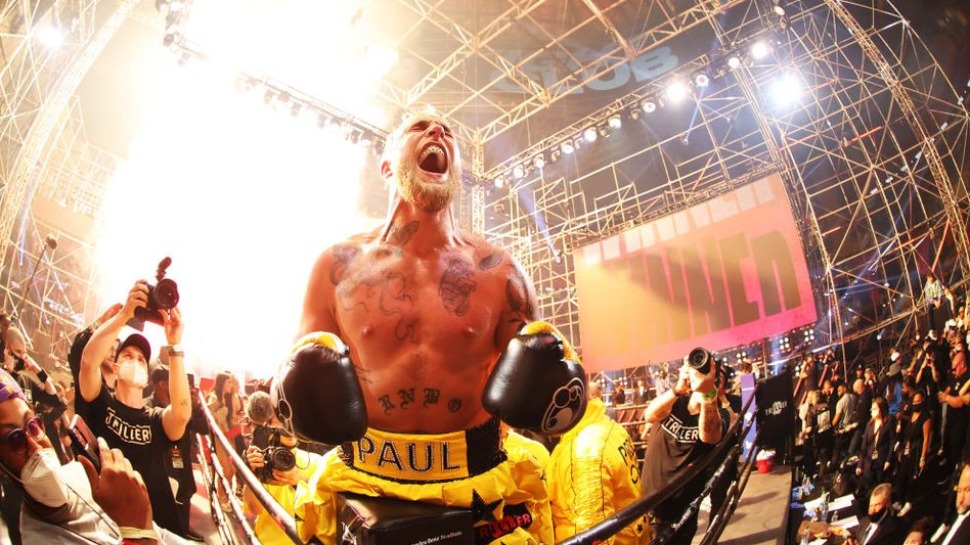 I have been alive long enough to have experienced the work of some truly great sports commentators. Scully. Michaels. Costas. Tirico. Davidson. You're not familiar with legendary boxing analyst Pete Davidson? Well, shit. Let me refer you to his work during this past Saturday's Triller Fight Club, as he helpfully riffed over the grand two minutes of boxing between Jake Paul and Ben Askren.

"I hope they start KISSIN," said Davidson in that sixth-grader-whose-balls-just-dropped voice. "You think they'll start KISSIN?"

This was about a minute into the fight. Another minute goes by, Paul smacks Askren's left cheek, Askren drops, and boys and girls, that's the fight.

Early-round knockouts aren't unusual in the sport where people take turns hitting each other in the face. But Saturday's pay-per-view boxing event—which lasted four full hours, a measure of time also known as the Snyder Cut—felt a little different. If you're unfamiliar, Jake Paul is a problematic YouTuber—count a sexual assault allegation days before the fight as the most recent incident—who is making a run at professional boxing. It's part of a larger trend of YouTubers who inexplicably have turned to the sport to settle beef and make money settling said beef, a movement that Mike Tyson recently said is saving boxing entirely. Ben Askren is a retired MMA fighter who helpfully raised his hand and said he'd squash Paul's run, which had included a nasty KO of former NBA player Nate Robinson. Askren was the first current or former professional fighter Paul has ever faced, which made him the first guy people thought could kick Paul's ass. Askren did not kick his ass.

"It's been four months," Paul said after the fight. "I've been in training camp every day. I deserve this shit. I don't know how many times I have to prove myself that this is for real."

Real or not: Is what we saw on Saturday—a souped-up NFT of a meme of a Dogecoined fantasy that was Triller Fight Club—the future of boxing?

First, the entertainment. Triller Fight Club resembled a particularly rompous evening in Fortnite more than it did a sporting event. The other three hours and 58 minutes of the livestream featured concerts by Justin Bieber (who performed his last song with his shoe untied, a feat harder to pull off than knocking out Ben Askren), Saweetie, Doja Cat, and The Black Keys. Elsewhere in the buildup to the fight, Davidson and Jack Harlow visited Paul's locker room, conducting an interview that was somewhere between Comedy Central roast and awkward fan encounter. Snoop Dogg, who is starting a celebrity boxing league of his own, figured heavily in the broadcast, performing in a new supergroup alongside Ice Cube, E-40, and Too $hort. Then, can't forget, Davidson commentated a slap fight. Triller got two guys to slap each other as hard as they could until one of them fell over. Ric Flair refereed.

Boxing has always had showmanship baked into its DNA, but Saturday felt like Silicon Valley personified showed up to brainstorm how to save boxing, gave everyone free Fiji water, and pitched the fuck out of making the entire event a meme. Throw Pete Davidson, Snoop Dogg, Addison Rae, and Jake Paul into a livestream, and the lolz are bound to happen, right? It's as if the MLB decided to solve all of its problems by making Elon Musk the commissioner, deeming a random Saturday at each ballpark Baby Yoda Free Chicky Nuggies Night, and replacing every player with a blossoming TikTok star. Sure, it's baseball! But Jason Derulo's only been hitting the cages for like a year or two now, and the chicky nuggies aren't that good.

As for the sport of it all, people seemed split on what they actually saw Saturday night. Some think Paul is a legitimate professional boxer who needs to actually fight someone who boxes for a living. Others, taking a look at Askren smiling his way out of the ring and calling bullshit, wondered whether Paul, Askren, and Triller had followed the WWE playbook. Great question. During a night when every segment looked like a WWE bit, why wouldn't we ask if Paul found some poor guy to take the fall and collect a check for it? Reminder: Paul has yet to fight a trained professional boxer. But look: Even though Stephen A. Smith lives the circus himself, he'd be the first to call Paul a fraud if he thought he was one.

See, this has to stop. @jakepaul is not some scrub. He’s a pro now. Askren, even though he’s a @ufc fighter, is a grappler. Not a boxer. So why was he even in the damn ring? From now on, Paul needs to fight an actual boxer. He’s gonna hurt any non-boxer.

For what it's worth, Paul claims that the fight sold 1.5 million pay-per-view buys, which would put it in the top 25 best-selling bouts of all time. In other words: Even if Paul's number is off, whatever Saturday was, there will be more of it. Which, if you're following along at home, spells the further memeification of sports. The upcoming Social Gloves: Battle of the Platforms in June will see a full bill of brawling TikTokers and YouTubers with "Gatsby-esque" theatrics. Jake's brother and fellow monetizing YouTuber, Logan Paul, is set to fight Floyd Mayweather in a future exhibition. Again, it's not a total stretch to think entertainers of the dance-challenge variety will continue to find a platform in the sport that made its name in shit-talking and look-at-me-ing and throwing hands in the air. But are we really heading toward a life where our all-influencer-everything culture bleeds increasingly into our sports? Best be ready for chicky nuggies night every night. 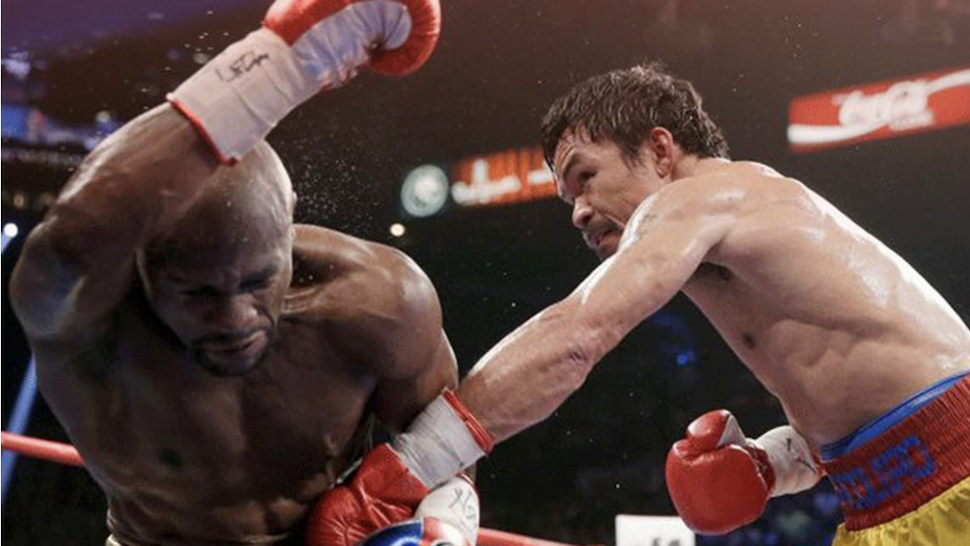 From Boxing to Politics, Pacquiao Will Now Tackle Fintech With... PacPay
More from EsquireMag.ph

Hidilyn Diaz On Possibility of Competing For Another Country: 'Hindi Ko Kaya'
All Photos
Comments
View As List