Remembering the life, career, and unparalleled intensity of the NBA legend.

In November 2015, at the beginning of the season when he’d step away from the game, Kobe Bryant wrote a letter for The Players’ Tribune called, “Dear Basketball.”

At the time, most fans—and probably, even his peers—knew him as Black Mamba, Bryant’s nickname that was code for his unparalleled code of conduct: Intensity, drive right at you, win no matter what. But what Bryant wrote for the Tribune was something different. It was soft, reflective, and sentimental—a love letter to the game that he loved so much he would start a practice at 4:15 in the morning, and not leave until he made 800 shots. The letter ends like this: "And we both know, no matter what I do next // I’ll always be that kid // With the rolled up socks // Garbage can in the corner // :05 seconds on the clock // Ball in my hands. // 5 … 4 … 3 … 2 … 1.”

Bryant, five-time NBA champion and former star guard for the Los Angeles Lakers, died in a helicopter crash on Jan. 26 at the age of 41. Bryant and his 13-year-old daughter, Gianna, were two of five passengers who died in the crash in Calabasas, California. His wife, Vanessa Bryant, and their three other children were not on board.

Bryant was born in Philadelphia, Pennsylvania, in 1978. His father, Joe Bryant, was an NBA player, and once his days in the league ran out, he joined the Italian League, moving his family with him. Bryant grew up with his two older sisters, Shaya and Sharia, playing soccer, basketball, and learning Italian before moving back to Philadelphia in 1991. Bryant joined the Lower Merion High School basketball squad, and led them to four straight state championship appearances—becoming such a promising prospect that he decided to enter the NBA draft right after graduation.

He grew up idolizing none other than Michael Jordan, the six-time NBA champion who captured the imagination of Bryant’s generation of future stars. Bryant once told ESPN about Jordan, who started as a blueprint for the aspiring baller, and later became an invaluable mentor:

"Because as a kid growing up in Italy, all I had was video, so I studied everything… I studied every player. Then once I came back to the States, [and] I realized I wasn't going to be 6-9, I started studying Michael exclusively… Seriously, I don't think people really understand the amount of impact that he's had on me as a player and as a leader."

When Bryant came into the league in 1996 as the Lakers’ 13th-overall pick, Jordan’s days as the undisputed king of the NBA were numbered. In other words: The association needed a new star. And Bryant wasted no time going after the champion. Within the next three years, Bryant and the Lakers would dethrone the Chicago Bulls as the league’s reigning dynasty, winning three consecutive NBA Finals from 2000 to 2002. Over the course of his career, Bryant won two more NBA titles, two Finals MVP awards, and 18 NBA All-Star Game selections—and was named the NBA’s Most Valuable Player in 2008. It’s all what led Golden State Warriors coach Steve Kerr to say in 2017, “Kobe is the closest thing to Michael [Jordan]... He could just get any shot he wanted.”

Bryant’s work ethic was the stuff of legend, with stories of endless hours in the gym following him throughout his career. Even in high school, he would practice for two hours before classes began, and as a pro, shooting hoops in an unlit Lakers gym, and playing through injuries, again and again. It all poured into Bryant’s iconic score-from-anywhere approach to the game, where he could pull up on a dime for a jumper, or drive directly at anyone in his way for a post shot—a style he once called “confrontational and cutthroat.”

Bryant was, at times, a controversial figure throughout his career, both on and off the court. In 2003, he was accused of sexual assault in Colorado—a case that was dropped the next year. He issued an apology at the time, and said in a statement, "Although I truly believe this encounter between us was consensual, I recognize now that she did not and does not view this incident the same way I did."

Bryant’s intensity led to several feuds with teammates, notably his league-rippling disagreements with his co-star on the early-aughts Lakers, Shaquille O’Neal. Although, in 2018, the former MVP center offered a sentimental apology, referencing when he gave the 2009 All-Star Game MVP trophy to his son, Shareef. “I was an a—— to this guy [Bryant], so I owe you an apology,” O’Neal said. “I’m going to give you an apology but we’re not going to be doing all that crying like Magic and Isiah. Thank you for that moment because Shareef loved that moment… He loves you for that and I love you for that moment.”

After Bryant retired following the 2015-16 NBA season—during which he had an unprecedented farewell tour, with many of basketball’s living legends showing up to support the guard during his final games—he enjoyed a successful and lucrative second act, mostly in media. He used his unrivaled basketball perspective to break down the NBA’s next generation of stars in ESPN’s Kobe Bryant Presents Detail. In 2018, he won an Oscar for Best Animated Short Film Dear Basketball, a hand-drawn, self-narrated ode to the sport he loved. He also coached his daughter, Gigi’s basketball team, writing in an Instagram post after a September 2019 tournament, “The beauty of coaching is growing the players from the ground up. That journey continues.”

The suddenness and nature of this tragedy is nearly unparalleled in sports. On New Year's Day 1971, legendary Pittsburgh Pirates right fielder Roberto Clemente died in a plane crash delivering relief supplies to earthquake victims in Managua; New York Yankees star Thurman Munson also died in a plane crash while practicing takeoffs and landings at an Akron airport in 1979. While at the top of his sport, NASCAR icon Dale Earnhardt died in a collision during the final lap of the 2001 Daytona 500.

News of Bryant’s death came just one day after LeBron James passed him for third place on the NBA’s all-time scoring list. After the game, James said, "I’m happy just to be in any conversation with Kobe Bryant, one of the all-time greatest basketball players to ever play, one of the all-time greatest Lakers." Bryant congratulated James in his final post on his Twitter account:

In 2014, former Los Angeles Lakers coach Phil Jackson told the story of one of the first times Kobe Bryant met Michael Jordan. And nearly everyone who knew Kobe Bryant has a tale that sounds just like it—a story that gets to his win-at-all-costs approach to basketball. But also: The respect he kept for the people who played it.

After a Lakers-Bulls game in 1999—this was after Jordan’s second retirement—Jackson, then the Lakers coach, asked Jordan to stick around after the game and give the notoriously-impatient star some advice. Before Jordan could even start to coach Kobe up, Jackson said the young star had something to say to the near-untouchable legend first.

“The first thing Kobe says is, ‘I could kick your ass one-on-one.'” 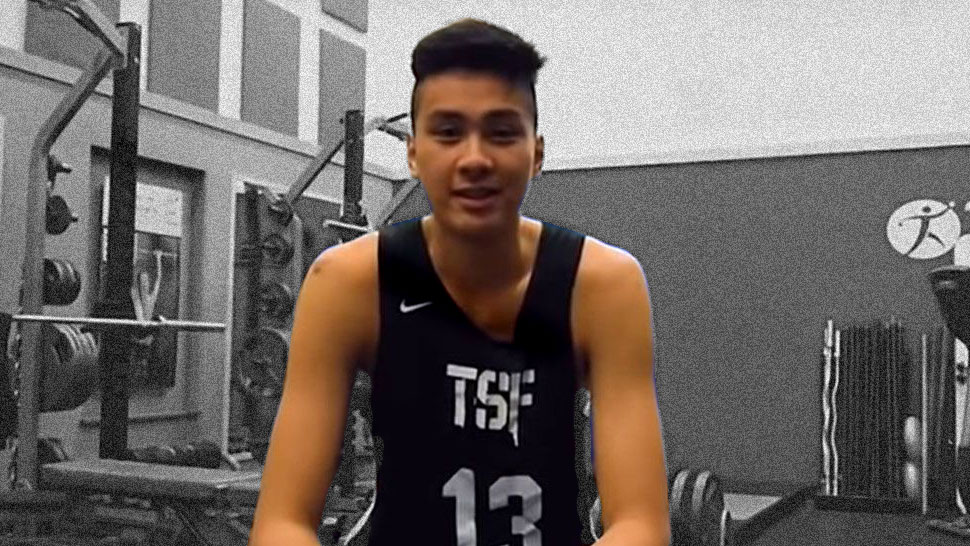