Not to mention 9 athletes in the top 10 of their respective sports.

As the 2020 Tokyo Summer Games comes to a close, the Philippines emerged on top of its neighboring countries in the Southeast Asia region.

To end the country's stint, boxer Carlo Paalam clinched a silver medal, after losing to Great Britain's Galal Yafai in the final round of the men's flyweight division.

This puts the Filipinos' medal haul at a total of four — one gold, two silvers, and one bronze.

The Philippines' medal tally at Tokyo 2020

Of the 19 delegates to the Olympics, Philippines got four medal finishes, which, according to the official Olympics website, places the country in the 47th spot. It is by far the best finish of the country in the quadrennial meet, surpassing a three-medal haul in Los Angeles back in 1932.

Our 2020 ranking has also surpassed Thailand, which has reigned over Southeast Asia during the past four Summer Games. The Thais now sit at no. 57, third in SEA, with one gold and one bronze from 41 athletes.

Indonesia, who entered with 28 athletes, comes second with one gold, one silver, and three bronze medals at no. 51.

Malaysia, who fielded 30 representatives, currently has a lone bronze medal, and is 83rd in the rankings.

With four medals out of a total of 19 athletes, the Philippines has, indeed, racked up a very impressive athlete-to-hardware ratio.

In her final lift for the clean and jerk in the 55-kg women's weightlifting event, Diaz set a new Olympic record with 127-kg.

Swimmer Luke Gebbie also clocked in a new national record in the 100-meter freestyle at 49.64 seconds, breaking a record that he himself set back in 2019, at 49.94 seconds.

Meanwhile, nine Filipinos also finished in the top 10 of their respective events.

Aside from the four podium finishers, Yulo finished fourth in vault, weightlifter Elreen Ando and skateboarder Margielyn Didal both ended in seventh place, while boxer Irish Magno and golf star Yuka Saso capped off their stints at ninth place, respectively. 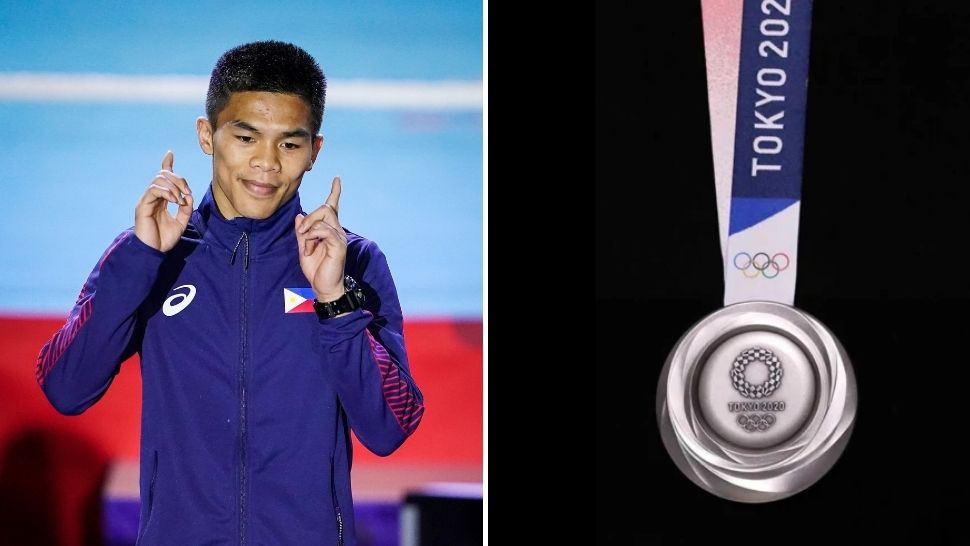