The Los Angeles Lakers held a jersey retirement ceremony yesterday, December 19, for the two legendary numbers of one legendary player: Numbers 8 and 24, Kobe Bryant. Bryant retired in April 2016, at age 38, with one of the greatest basketball careers of all time behind him. Now, his jersey numbers will always and only belong to him.

The retirement ceremony was held at the Staples Center during halftime of the Lakers’ game against the Golden State Warriors. To open the ceremony, they screened Dear Basketball, an animated short film of Kobe Bryant’s last love letter to the sport:

If you’re crying right now and awestruck by how beautiful that was, you should know that the film is based on an essay of the same title that Bryant himself wrote in the Player’s Tribune back in November 2015, after first announcing his retirement. It was a beautiful, heartfelt ode to a sport that changed his life, and a really nice way to go out.

That letter was then entrusted to Glen Keane, the animator of The Little Mermaid, Beauty and the Beast, Aladdin, Pocahontas, Tarzan and Tangled, to be made into a short film. Bryant then asked no less than John Williams, who composed the themes for Star Wars, Indiana Jones, and Harry Potter, to score the film. So it’s really no wonder how Dear Basketball plucked at your heartstrings so easily, and why it made the Oscars' shortlist for Best Animated Short. 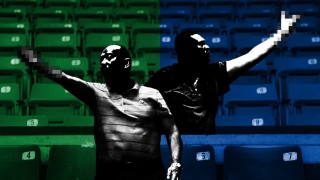