Netflix has announced a three-part series that will examine the rise of the tennis champ. 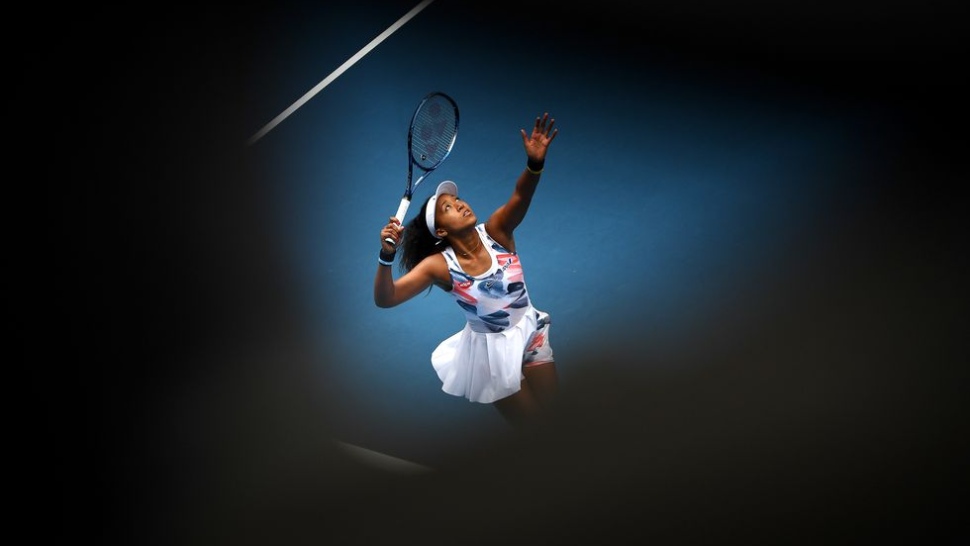 In May 2021, when all eyes were on the tennis court, one of the sport's supremes implored us to think about life outside of the game.

23-year-old Naomi Osaka—the world number two—took it upon herself to change the conversation around media coverage of the game and its stars. Just before the French Open 2021 began, she released a statement on Twitter that said she wouldn't be partaking in any press conferences around the tournament as she was suffering from mental health issues.

"I've often felt that people have no regard for athletes' mental health," she wrote, "and this rings true whenever I see a press conference or partake in one. We are often sat there and asked questions that we've been asked multiple times before or asked questions that bring doubt into our minds and I'm just not going to subject myself to people that doubt me."

Remarkably, rather than just accepting her decision, it caused a huge furore in the industry, and led Osaka, 23, to further reveal that she suffers with depression. She then pulled out of playing the French Open. She has since withdrawn from a tournament in Berlin, and Wimbledon.

Now Netflix has announced a three-part series that will examine the rise of the tennis champ—and the often archaic world that she's having to navigate, while protecting her mental health.

A synopsis for the "intimate" doc says it will follow Osaka "during a historic two years in which she works on her game but also begins to find her voice". But what's the true story behind the tennis star's rise to fame—and where does she go from here?

Osaka was born in Ch??-ku, Osaka, Japan and moved with her family to Long Island, New York when she was three. The tennis-playing Williams sisters inspired Osaka's dad to turn Naomi and her sister, Mari, on to the sport as well, and she began playing when she was three. Very early on, it was decided that Osaka would represent Japan (she took her mother's surname, which also happened to be the place she was born in) due to her heritage of being half-Japanese and half-Haitian. It was an astute move, as she now has a legion of fans in her homeland, and, in an interview with the New York Times, her agent, Stuart Duguid, said: "I also hope that she's changed cultural perceptions of multiracial people in Japan. I hope she's opened the door for other people to follow, not just in tennis or sports, but for all of society. She can be an ambassador for change."

The family moved to Florida when she was eight or nine to allow her better opportunities to train—she went on to attend the Harold Solomon Academy and the ProWorld Tennis Academy. In September 2013—just before she turned sixteen—she turned professional, competing in global positions that saw her nudge into the top 250 by the end of the season.

By 2015, she was reaching heady heights in the rankings, placing first in the International Tennis Foundation's Kangaroo Cup in Japan, and second in the UK's Surbiton Trophy. Her new rankings now meant she was able to qualify for the two big Grand Slam hitters: Wimbledon and the US Open.

A year later, and Osaka was making even bigger gains on the court. She qualified for the Australian Open, and made it into the top 50 WTA rankings, and to top off a stellar year, she was named the WTA Newcomer of the year.

Just six years after turning pro, she landed exactly where she wanted: world number one. But after smashing it in the final against Petra Kvitová in the Australian Open, she had a rocky rest of the year with abdominal and hand injuries and fell out in the first round at Wimbledon. She's currently ranked as the number two player in the world, second to Serena Williams and she rounded off 2020 by being named one of Time's 100 most influential people in the world.

Off the court, Osaka has been making a name for her activism. Following the Black Lives Matter movement of 2020, she withdrew from the Cincinnati Open in demonstration against the police shooting of Jacob Blake, leading organisers to postpone the semifinal for a day. Then, at the US Open, Osaka made a statement with her black mask on the court, with each match wearing the name of a Black person who had needlessly lost their lives in recent years.

When she's not smashing shots ferociously in a match, Osaka has often been characterised by her quietness and shyness. But over the past year, she's begun to truly find her voice. The star travelled to Minnesota to participate in the George Floyd rallies, and in an op-ed for Esquire, she explained: "In the past few months, I've re-evaluated what's actually important in my life. It's a reset that perhaps I greatly needed. I asked myself, "If I couldn't play tennis, what could I be doing to make a difference?" I decided it was time to speak up." She also revealed that she had suffered from racist abuse in Japan: "I have received racist comments online and even on TV... but we can't let the ignorance of a few hold back the progressiveness of the masses."

This progressiveness has also translated to her struggles with mental health, which is why she took a stand against being forced to do press interviews around her matches. Following her initial statement, she further elaborated on Twitter: "I have suffered long bouts of depression since the US Open in 2018 and I have had a really hard time coping with that. Anyone that has seen me at tournaments will notice I wear headphones as it dulls my social anxiety… I get huge waves of anxiety before I speak to the world's media".

For a society that claims to be taking conversations about mental health more seriously, here was a woman being open enough to express her ill health, only for it to fall on deaf ears. She was fined $15,000 and threatened with further penalties, even expulsion.

The pressures and scrutiny placed sports stars at the highest level are often glossed over, with players often being written about in the press in the same manner as reality stars. In particular, Black sports people often receive negative coverage or treatment, especially in the predominantly white world of tennis. By speaking out, Osaka should have been safe to assume that she would have the backing of her industry—but instead it looked to punish her. Would an athlete with a broken leg still be expected to perform their duties, fans queried? Of course not—so why should this situation be different?

Off the court, field or pitch, an athlete may not be a natural spokesperson or performer. And when the main focus of anxiety and stress becomes not about the match, but the press conference before or after the game, this becomes a problem—and one that the industry should be sensitive to.

The fall out to Osaka speaking her mind was at best misjudged and at worst, simply cruel. In a callous tweet, The French Open later deleted a missive that showed Rafa Nadal, Kei Nishikori, Aryna Sabalenka and Coco Gauff talking with the media along with the caption: "They understood the assignment."

However, Osaka received support from other sports stars. Martina Navratilova, 18-times Grand Slam champion, said: "I truly hope she will be OK. As athletes we are taught to take care of our body, and perhaps the mental and emotional aspect gets short shrift. This is about more than doing or not doing a press conference."

Serena Williams added: "I wish I could give her a hug because I know what it's like. I've been in those positions. We have different personalities, and people are different. Not everyone is the same. You just have to let her handle it the way she wants to, in the best way she thinks she can." Billie Jean King said: "It's incredibly brave that Naomi Osaka has revealed her truth about her struggle with depression. Right now, the important thing is that we give her the space and time she needs."

A force for change?

One would hope that tennis' governing bodies take heed of Osaka's court-mates. The sport has been around since 1874, and it's not acceptable that its rules, standards, and etiquette haven't changed much since then. By opening up the conversation, Osaka will hopefully be a force for change in the industry, and in doing so, ensure that her mental health needs—and for many other colleagues—are supported and protected as standard.

As we're told about her upcoming Netflix documentary: "viewers will witness Naomi's unapologetic honesty and vulnerability as she navigates her multifaceted identity as a young athlete and leader on the rise." And long may she continue in her fight to modernize the tennis world. 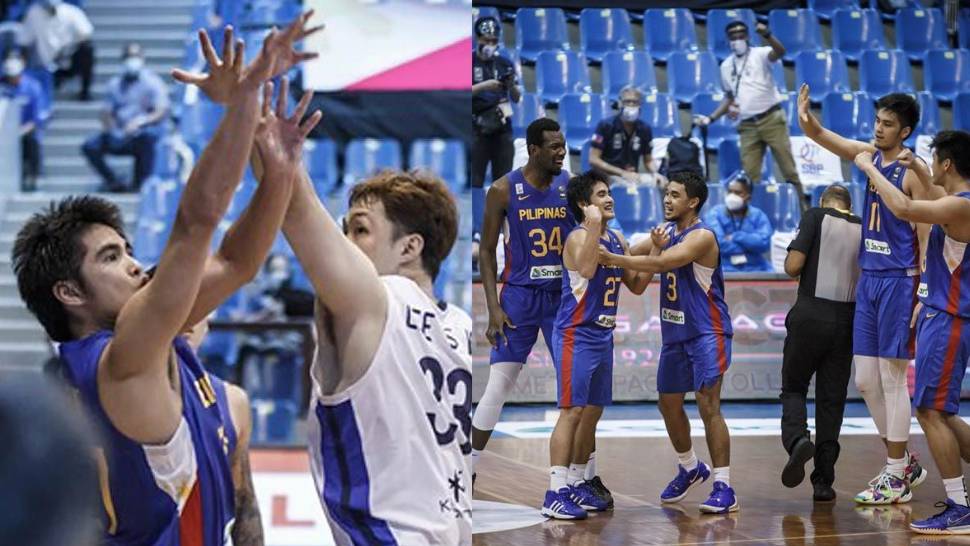 SJ Belangel Is an Absolute Killer 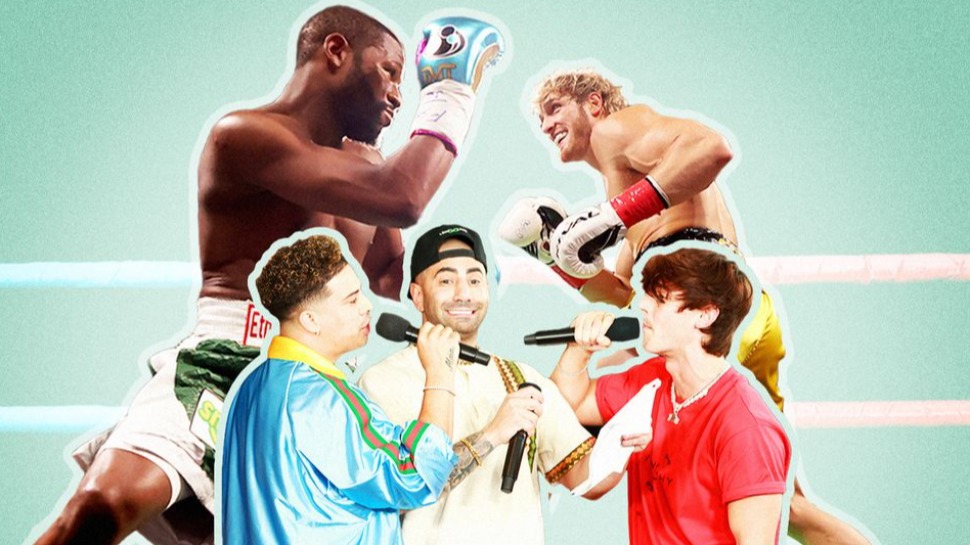 'I Would Whoop Jake Paul's Ass': Inside the Beef-Filled Battle for Boxing's Soul
All Photos
Comments
View As List