This year, they’ve set their sights on beating standard dragon boat teams, too.

Last year, the Philippine Accessible Disability Services (PADS) Adaptive Dragon Boat Racing Team made headlines for winning the gold at the 400-meter Standard Boat Paradragon category of the Hong Kong International Dragon Boat Races. This victory was especially remarkable since the team was only a year old, and it was their first time to participate in an international competition.

From last year’s 35-member team, their delegation has now grown to include 47 members, including 43 paddlers, two physiotherapists, and two coaches.

The team spent three months preparing for the competition. Over the past three weeks they’ve doubled the intensity of their training and increased their practice sessions from four times a week to six times a week.
ADVERTISEMENT - CONTINUE READING BELOW

Maunes says his respect for the team has increased after watching how hard they’ve trained. “Pagod na pagod na talaga but they really never gave up on the training. They keep on pushing themselves and that shows how big their heart is and how huge their love for the sport is,” he says.

For their part, he and the coaches push the paddlers to their limits. “As [our team captain] Arnold says, it’s a matter of building the character of the paddler so that when they face the reality of this world, ready sila. They’ll be able to face all the challenges they might experience.” 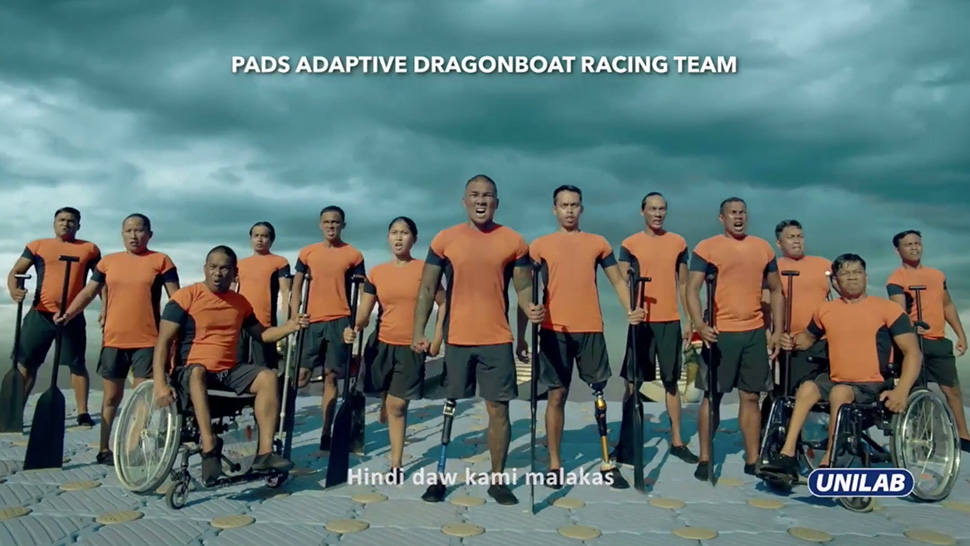 As always, the team’s goal is not just to win glory for themselves, but to inspire their fellow PWDs and show the world what persons with disabilities are capable of.

In this regard, they’ve certainly made a huge impact that extends beyond our borders: JP was elated to receive a Facebook message from a Japanese man named Ryo, who had seen their activities on Youtube, and was inspired to form his own adaptive dragon boat racing team in Tokyo.

Ryo said his team had joined the Hong Kong International Dragon Boat Races because they wanted to meet PADS, find out more about their story, and ask for advice on forming an adaptive dragon boat team. “It warms our hearts. It’s an honor for the team knowing that Japan is a developed country and also one of the leading countries in paralympic sports, and how they started to learn from us, from a developing country like the Philippines,” says Maunes.

One example of PADS’ increasing visibility is the Alaxan FR commercial they starred in, which just came out last weekend. As the commercial will be aired on local networks, it will certainly go a long way in showing Filipinos that PWDs are perfectly capable of excelling in sports.

Why I Will Never #StandWithKiefer
All Photos
Comments
View As List