Once upon a time, these places were full of life so seeing them deserted makes them twice as sad. 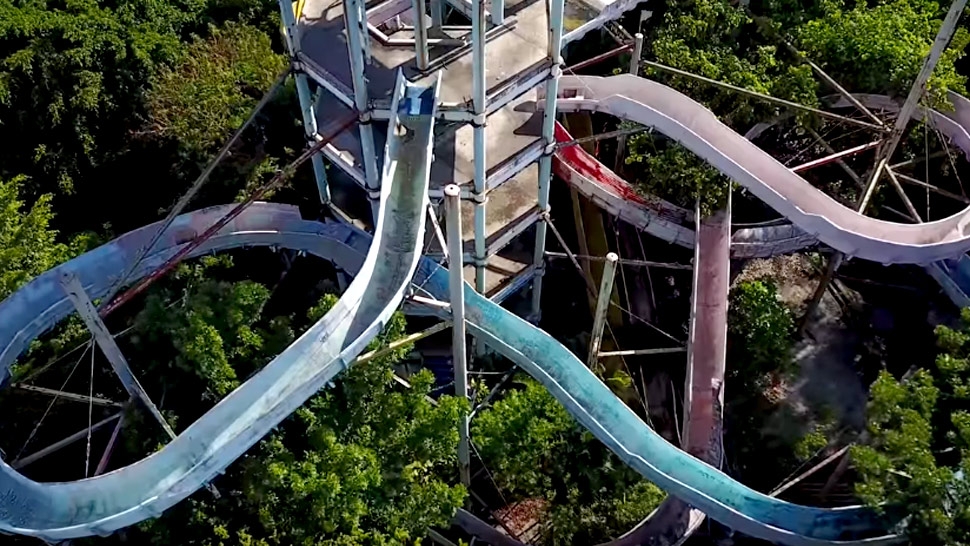 Amusement parks, malls, theaters, resorts—they're places designed to stimulate recreation and fun. Large scale enterprises stretched over sprawling lands and built with complex facilities for your enjoyment, your memories. But most of these places are hard to sustain. What happens when the fun stops and memories are all left in the past? What we get is a set of places too expensive to completely dismantle and are left to ruin for years.

Once full of life, these spots have now been abandoned, still as death, and twice as sad.

Water Fun in Sucat, Parañaque
The first Water Fun was built in Sta. Mesa, Manila in the ‘90s. Its popularity birthed two more branches, one in Fairview and another in Sucat. The latter, which was called Water Fun Drive, came with huge swimming pools and slides as well as animal-themed displays. The way the slides were constructed, however, caused numerous accidents. The park closed down in the ‘00s due to bankruptcy; locals also petitioned to have it closed down because it disrupted water supplies in the residential areas.

Fantasy World in Lemery, Batangas
Built to rival any park Disney has to offer, Fantasy World is still standing strong at Lemery, Batangas. Construction started in the early ‘00s but the developers ran into some financial issues. Despite being unfinished and its slow deterioration, the park now works as a walk-through and photoshoot setting.

The rides don't run but the gardens and castle are pretty well-kept. Today, you can enter Fantasy World for P1,000 (max of 10 people).

Parts of Puerto Azul in Ternate, Cavite
The 3,300-hectare resort complex of Puerto Azul was once known as “Asia’s Paradise Resort” and the “World’s Golfing Capital.” It was developed in the ‘80s, complete with mountain and beach attractions as well as golf courses. The par-72 golf course was even designed by the legend Gary Player. The Caysubic Beach and the nearby gigantic swimming pool were enjoyed exclusively by Puerto Azul Beach Club members.

The short drive from Manila attracted many locals and foreigners but it declined in popularity after the ‘90s. Today, large portions of the formerly popular resort have fallen into degradation. The management ran into some legal problems and eventually, portions of the resort also had to be shuttered.

Abandoned Resort with no name, Talipanan Beach, Puerto Galera
The beach farthest from Puerto Galera’s main hub is Talipanan, which is around a 30- to 40-minute walk away. In this area you can find abandoned resort buildings and huts, made even more decrepit by the graffiti and dirt that to clings onto its walls—or whatever’s left of it.

Capitol Theater, Escolta, Manila
Built in 1935 in the Art Deco style, the Capitol Theater is one of the well-recognized buildings in Escolta. Designed by National Artist for Architecture Juan Nakpil, the facade of the building also has interesting bas-reliefs, designed by Italian sculptor Francesco Riccardo Monti. The one at the left is the Muse of Tragedy, and the other one is the Muse of Comedy. The Capitol Theater is 1,200 square meters big and has 800 seats. It's actually bigger than the IMAX theaters found in Metro Manila today.

A painting used to adorn the lobby of the Capitol Theater, entitled “Rising Philippines.” It was a collaboration of National Artists for Painting Victorio Edades, Galo Ocampo, and Botong Francisco. Unfortunately, the mural was destroyed during World War II.

The Capitol Theater showed American films like Midsummer Night’s Dream, as well as films featuring Dick Powell and Ginger Rogers. They said an orchestra seat at the time cost a peso, which is actually more costly than the other theaters that operated in the country that time. After the war, the theater was reconstructed and reopened in ’47 but attendance was poor and it closed down in the ‘80s.

The building, now abandoned, is set to be demolished to make way for a high-rise building. 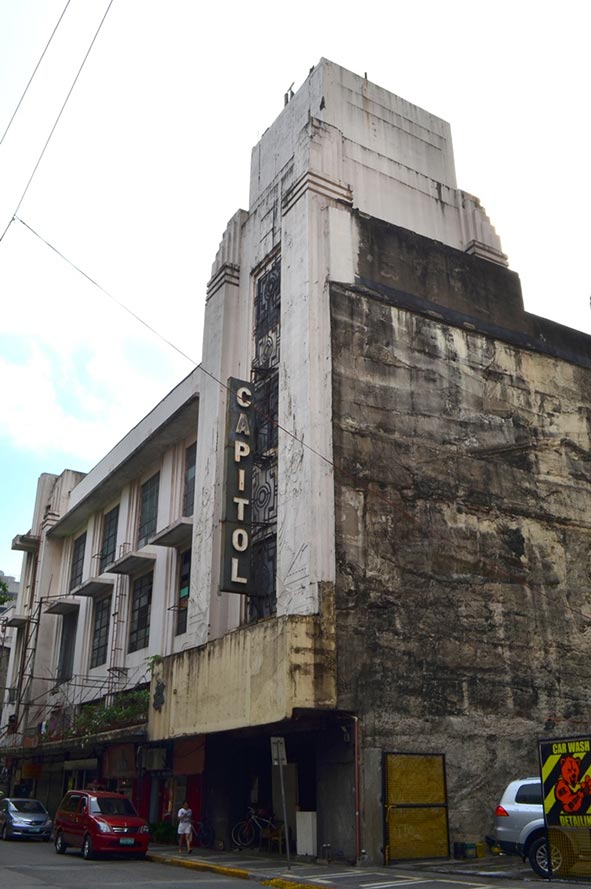 Coastal Mall, Coastal Road Terminal Road, Paranaque
In the ‘90s, the Uniwide Coastal Mall was envisioned to become the country’s biggest shopping mall complex. It was built on a 10-hectare portion of MBDC’s 40-hectare Central Business Park II in Parañaque City. The mall was 90% complete and was partially operational when the 1997 Asian financial crisis hit the country. The building is currently being converted to a transport terminal for public utility vehicles from Batangas and Cavite. 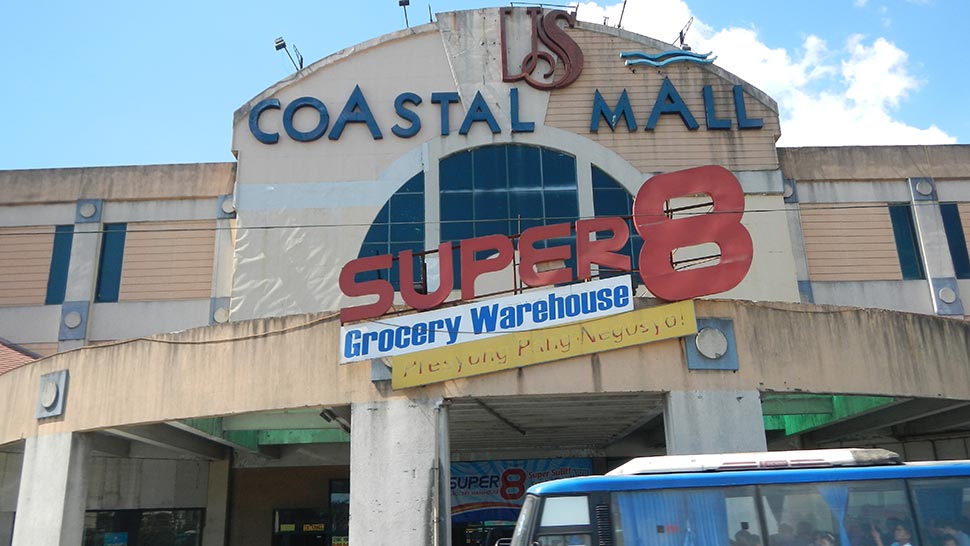 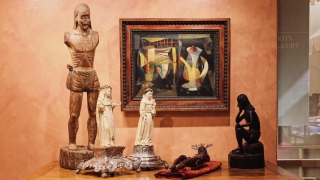