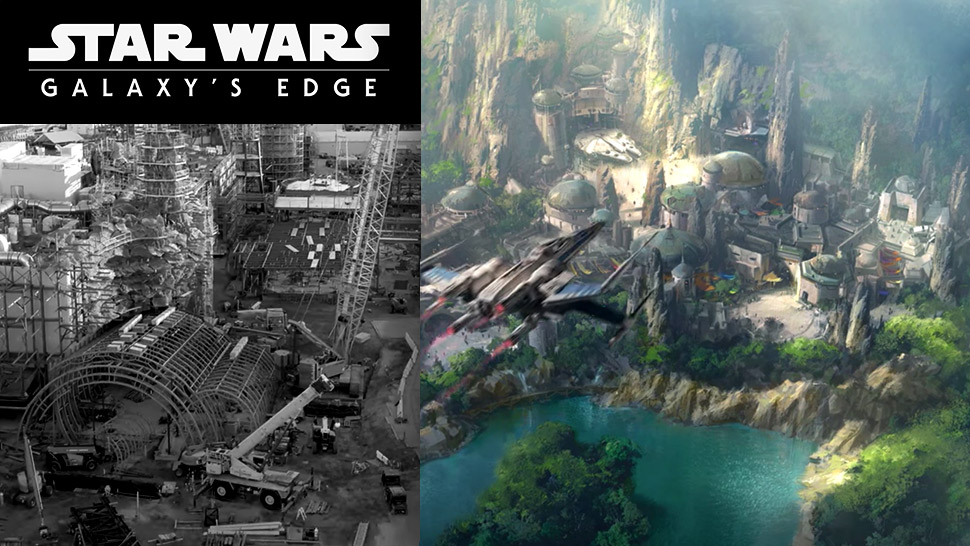 In a galaxy far, far away—well, California—Disney has given a first look at its upcoming Star Wars theme park.

Flyover drone footage released by the entertainment giant shows the 14-acre site under construction to the north of the current Disneyland in Anaheim, California, with towering mountains that look impressively realistic (albeit covered in scaffolding.)

Set to open doors in 2019, the largest expansion in Disney’s history is a replica of Batuu, a planet on the edge of the Star Wars galaxy, and has been imaginatively named “Galaxy’s Edge.”

If you’re a Star Wars fan frantically checking your memorabilia for where Batuu has been mentioned, it hasn’t: it’s a newly discovered territory, with a look and feel inspired by real-world locations like Istanbul and Morocco.

According to leaked documents, attractions will relate to all aspects of the film series and include an escape from First Order Stormtroopers and a flight on the Millennium Falcon. You’ll also be able to sample Luke Skywalker’s weird green milk. You know, if that’s your thing.

Not content with one space invasion, Disney are due to open another version of the park at Florida’s Walt Disney World, this time including an immersive hotel.

The video ends on a romantic mock-up of what actually looks like a pretty idyllic Austrian mountain resort...that is, until the Millennium Falcon makes an appearance.

About The Author
James Perrett
View Other Articles From James
Get The Latest Updates From Esquire!
Subscribe to our newsletter!
Latest Feed
Load More Articles
Esquire Money