The property once known as the Taal Vista Lodge is one of the oldest hotels in the Philippines.

Jutting out along the ridge overlooking Taal Lake and Volcano is a structure resembling an English cottage, its timber framework holding up a distinctively brown hued Tudor-style roof against a backdrop of misty sky. The Taal Vista Hotel sits comfortably where it has been for the last 80 years and has seen a war, housed heads of state, entertained tycoons, rebuilt, and given people, to quote General Manager Richard Gamlin, “[space to] roll on the grass.”

Today, while it’s hoisted up as a landmark for all and represents an ever-present childhood memory for some, the property now holds its own in a brand new, less bloody battle: burgeoning competition in Tagaytay from newer hotels and AirBnB listings.

History In the Walls

Upon his election as commonwealth president, Manuel L. Quezon expressed interest in developing Tagaytay as an alternative destination for both tourists and city-folks from Manila. In early 1936, the President authorized the purchase of land in the area by the Manila Railroad Company, then suggesting that the Manila Hotel, a subsidiary of the Manila Railroad Company and the first standing hotel in Manila, construct a lodge and golf course in the area.

In 1938, the Manila Hotel started construction of what was called the Taal Vista Lodge along Ilong Kastila, a stretch of land supposedly resembling a nose, more specifically that of a Spaniard’s.

Evidently, the construction was done with some speed as on October 7, 1939, just a year after it had begun, the lodge was opened to the public. One can almost picture the dapper Quezon touring the property, his salt-and-pepper hair neatly flicked back, and perfectly tucked, white, golf pants proudly sported. Joining him perhaps were the likely architect and contractors of the building, Andres Luna de San Pedro and Pedro Siochi, both of whom were favored by President Quezon. The former renovated the Manila Hotel to accommodate General Douglas MacArthur’s suite, and the latter built the Rizal Memorial Stadium.

“We’re talking 30 rooms,” says current Michael Sagaran, current Marketing Communications Manager of the property. “And you know what the rate was? Twelve pesos per night.”

In 1941, Taal Vista was home base to the 41st Division of USAFFE (United States Army Forces in the Far East), with troops training for four months before eventually joining the battle of Bataan. The following year saw Japanese soldiers take Tagaytay, which they initially hoped to use as a concentration camp. Dominican Fathers residing in the area however, managed to convince them to use the University of Santo Tomas in Manila instead. Perhaps taking a deep sigh of relief, the Taal Vista Lodge found itself converted into officers’ quarters and liberated in February 1945 as the 11th Airborne division of the U.S. Army parachuted onto Tagaytay ridge.

With the movie-screen themed ideas of war floating around many of our heads, bullet holes lined up against walls with other walls missing entirely are quickly imagined. Whatever damage the hotel sustained however was quickly repaired and improved upon.

“You have to remember, it was a lodge so it wasn’t a lot,” Gamlin says. “It was small. I mean from what we can see in the pictures, it wouldn’t take too much to put it back into shape.”

Between 1956 and 1964 Tagaytay was again promoted as a major tourist destination in the Philippines, with the Taal Vista Lodge one of its leading attractions.

Asked about notable guests, Gamlin and Sagaran go through a list. “Everyone used to go,” Gamlin says. “Mostly the government.”

One individual, whose visit was less documented, as detailed by Sagaran, was Crown Prince Akihito of Japan. On November 6, 1962, following his raising of former President Emilio Aguinaldo’s arm on the Independence Balcony of the Aguinaldo Mansion in Kawit, Cavite, the Crown Prince in his Barong Tagalog enjoyed a luncheon at the Taal Vista Lodge, entertained by the Bayanihan Dancers who performed nine numbers.

Visitors to the Taal Vista Hotel today may still enjoy such entertainment—the sort that had the Crown Prince put his glasses on for a better look, a rare occurrence for him at public functions according to Japanese sources.

A Visitor Who Wanted More

In the years that followed, a young Henry Sy Sr. would often take to the ridge of the hotel overlooking the lake. Most guests enjoy a complimentary cake on their birthdays or an extra scoop of ice cream following a buffet dinner, but Sy wanted much more. After taking over the lodge in 1984, the Development Bank of the Philippines sold the lodge to Sy’s SM Investments Corporation in 1988.

“[The Sys] closed it for a while and they added a lot rooms and landscaping,” Gamlin says. “That was because Henry Sy loved it and was very attached to it. Where the spa is now used to be Henry Sy’s apartment. The whole family was up here very, very often. And we have staff here now that remember them coming here.”

On March 27, 2003, the property re-opened as the Taal Vista Hotel, now owned by SMIC. Five years later, perhaps owing to the continued enthusiasm of the Sy family in developing the property, the hotel welcomed a new ballroom and an additional 133 guest rooms.

Following stints in China, Thailand, and Vietnam, Gamlin is now in charge of Taal Vista Hotel and has seen it through its P160-million worth of renovations.

“That took about month,” he says of the refurbishments. “Not many hotel companies do that. That’s passion for the property.”

The Next 80 Years for the Taal Vista Hotel

This is the same dedicated passion that keeps the hotel propped up against the mushrooming competition in Tagaytay. One need not think too hard to come up with a list of new properties dotting the area. Add to that the number of AirBnb listings competing for individuals looking at staying in Tagaytay overnight, whether it’s for the sunrise or for the sake of avoiding the afternoon traffic in the city.

It’s only apt then that the hotel management works closely with the hotel’s owners to keep the property present: “We're trying to make more of an impact on a new generation. So we went with photo frames and Instagram spots. We are a lot more active on social media.”

Indeed, with a following of over 13,000 on the social networking platform, the 80-year old property is doing its best to stay ahead of its growing body of competition.

While doing this, the hotel seeks to retain its long list of overseas Filipino worker guests who often come back to the property with memories in tow. The two new ballrooms capable of seating 350 and about 800 respectively might be new, but the essence of what brings them back remains present—the cool, thin air, the Bayanihan dancers, and the classic interiors that have hosted folks from everywhere across the last 80 years.

Housing a partnership with the World Wildlife Fund made in the name of sustainability and a willingness to leverage partnerships with the SM group of companies, the Taal Vista Hotel surges into the next 80 years bearing the full weight of its rich history and an urgency to change and adapt. From families coming back to reminisce, to Manila-based friends stopping through for gorgeous views and a night’s stay, the hotel promises an experience of quality and service with more history than most hotels can lay claim to.

“We have a lot more than just a bed,” Gamlin says, smiling. 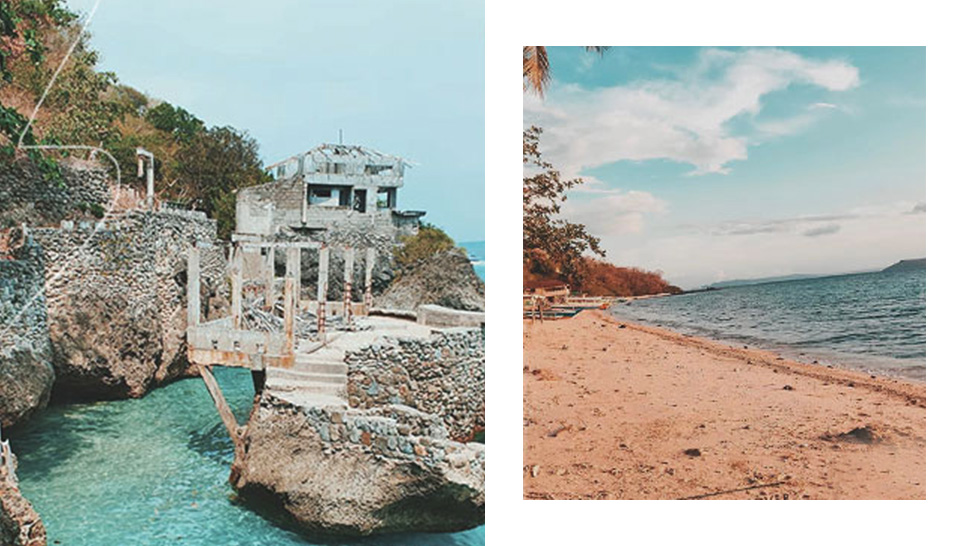 This Island in Batangas is Every Camper's Dream 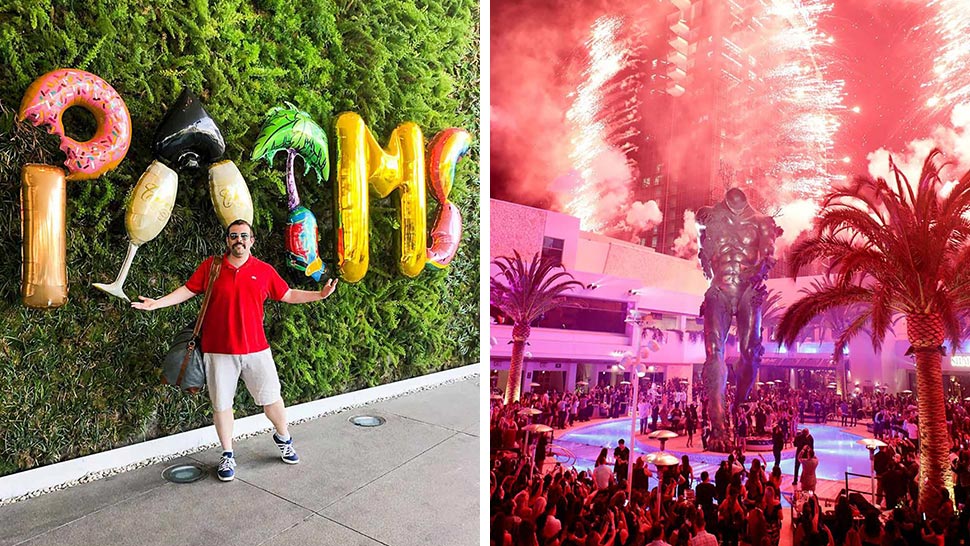 Drunk and Exhausted: What Three Days in Vegas Looks Like at 35
All Photos
Comments
View As List