An Abrupt End: Looking Back at the First Eraserheads Reunion Show

It was great while it lasted. 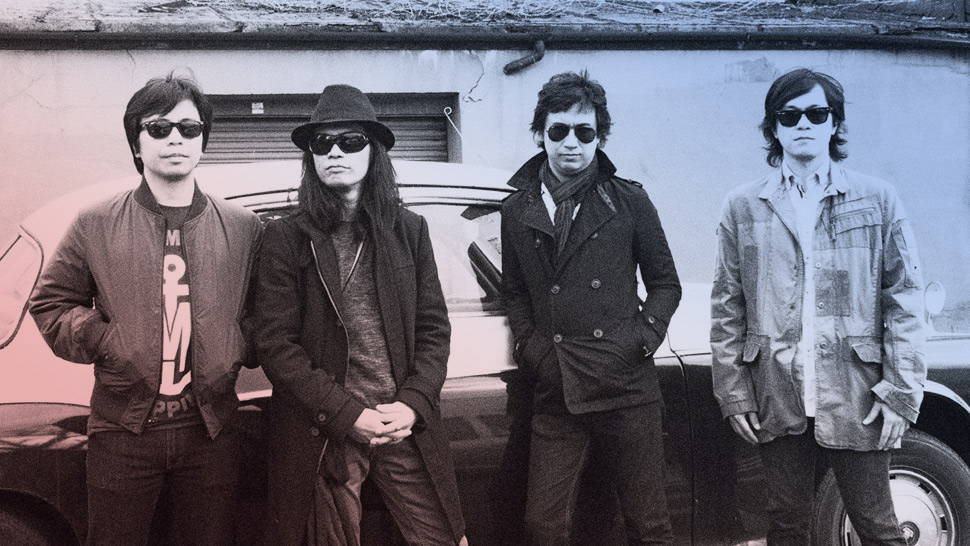 The author wrote the following article for another publication after the first Eraserheads reunion concert on November 3, 2008.

The trip down memory lane may have been unexpectedly brief, but it was a journey well worth the wait.

The Eraserheads—arguably the greatest Filipino band of this or any other generation—on Saturday night defied numerous obstacles on their way to performing together again as our very own version of the original Fab Four for the first time in over half a decade. And while it was a reunion that, tragically, had to be cut short, it was enough to finally satisfy most Filipino (and even a few foreign) music fans’ desire to reconnect with the memories of days gone by.

When the first few strains of “Alapaap” wafted through the air, hours after the gates opened to let in the most diehard of fans, we weren’t at the Fort open field with several thousand other sweaty concertgoers; we were back at our neighborhood sari-sari stores with our barkada strumming our guitars; we were alone in our rooms listening to the band on our cassette tapes; we were on a road trip with friends or at a smoky, greasy bar with a first date; we were back in school or back to the days when we knew how to have fun with just a song to keep us company; and whether we were screaming our lungs off or suddenly became catatonic when Ely started warbling those lines, “May isang umaga…”, nostalgia was etched on all our faces. Not a few tears of joy and uninhibited emotion were shed at that moment. This was more than just an ordinary concert; it was a gathering of kindred spirits to pay tribute to four guys who’ve become legends in their own time.

Various sources pegged the total number of warm bodies inside the makeshift walls of the venue that night from 20,000 to 40,000. And while regular artists and shows usually attract more or less the same kind of people, a veritable menagerie of music junkies turned up that night. There were the yuppies in their late 20s to late 30s, the age group most influenced by the music of the Eheads. There were model-types in stiletto heels and scruffy types in their Chucks. There were teens too young to have caught the band at a live show, and lolos and lolas who grooved and sang along with the rest of the crowd. There were artistas in their porma best who got tickets right up front, and humble probinsyanos in ill-fitting shirts way out back. Everyone, it seemed, didn’t want to miss out on the chance to become part of history.

Guitarist Marcus Adoro, who never actively pursued a music career after the dissolution of the band (apart from a couple of minor side projects) as much as the other three, tripped on some of his guitar solos. There was hardly any banter between the foursome onstage, which some people wondered might have been a genuine recreation of how they were at the height of their popularity. And many of the people in the audience that night, particularly those at the Patron and Gen Ad sections, were miserable because they were too far away from the stage to have seen anything than the miniscule profiles of the band members. But really, in the end, nobody cared. When the band started on the hits—and almost all of their songs were hits in some form or another—everyone was just too grateful and caught up in the moment to complain.

For those who were there who want to keep track (and those who weren’t there and are just plain curious), the songs played were: “Alapaap,” “Ligaya,” Sembreak,” “Hey Jay,” “Harana,” “Fruitcake,” “Toyang,” “Kamasutra,” “Kailan,” “Wag Kang Matakot,” “Kaliwete,” “With A Smile,” “Shake Yer Head,” Huwag Mo Nang Itanong,” “Lightyears.”

The enigmatic Ely, who already underwent heart surgery last year and was carrying the pain of losing his mother just two days prior to the big reunion show, looked frail and weak up onstage. When it was announced during intermission that he had to be rushed to the hospital for extreme exhaustion and that the show was being cancelled, everyone seemed to share in the grief and the heartbreak. There were scattered shouts of “we want our money back” and a few whispers from conspiracy theorists, but the overwhelming sentiment was of concern for the health and well-being of the frontman.

Like a dam bursting, everyone started filing out of the venue soon after the announcement. The overall mood was a mixture of ecstasy and disappointment, as if people were confused whether to feel grateful at the 15-song gift of the supposed once-in-a-lifetime show or dissatisfied and perhaps a bit resentful at the abrupt, even shocking ending. Thankfully, as of this writing, Ely’s condition has improved and he is currently recuperating at the Philippine Heart Center in Quezon City.

It would have been easy to have scrapped the show altogether when the first concert sponsor bowed out after intense pressure from the government. It would have been understandable if the show hadn’t pushed through after Ely’s mother passed away just two days before they took to the stage. And given that all the band members currently do their own thing and live their own lives (Ely with Pupil, Buddy with The Dawn and Cambio, Raimund with Sandwich, Pedicab and various other rakets, and Marcus, well, enjoying the waves of San Fernardo as a surfer), they had no obligation or motivation to get back together and play again as the Eraserheads.

But there was one thing they couldn’t ignore; one factor that pushed them to relive the glory days, if only for one night. (And no, we'd like to think that it wasn’t the money). It was the people who stared back at them, whose eyes they cause to water and lips they cause to smile through a guitar chord or a line from one of their songs. They did it for the fans. It is a testament to how much the four respect, appreciate, and love the people who’ve followed their careers and who profess to loving their music that they threw away whatever hang-ups they might have had about themselves or each other and decided to just give the fans exactly what they wanted. And that’s something we should all be thankful for.

The question now is, will there be a repeat of the concert to end all concerts? Will there be, as Peabo Bryson so eloquently put it, a second once-in-a-lifetime? That hardly matters. If Saturday night’s show proved anything, it’s that with the right ingredients, impossible things really can happen. Who knows, we may yet dance to the strains of “Ang Huling El Bimbo” sooner than we think. 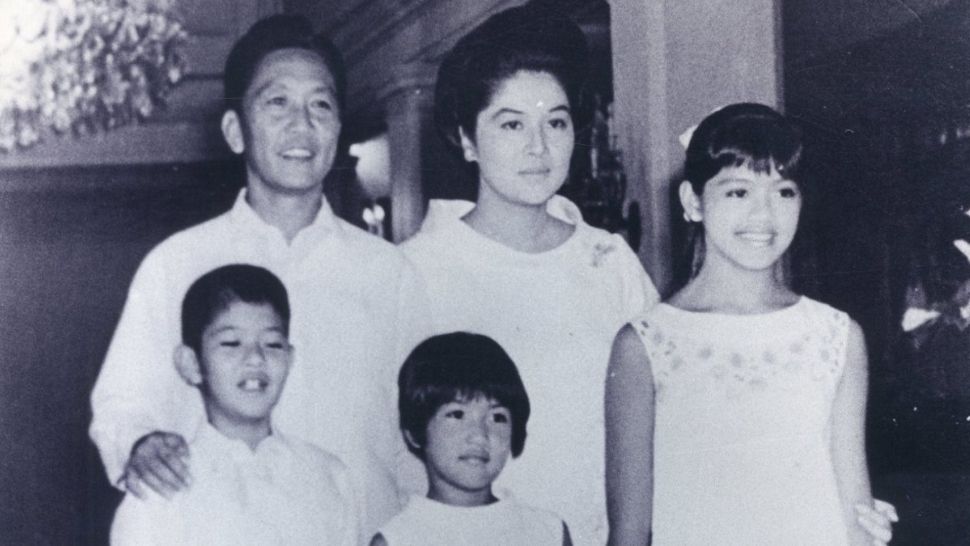 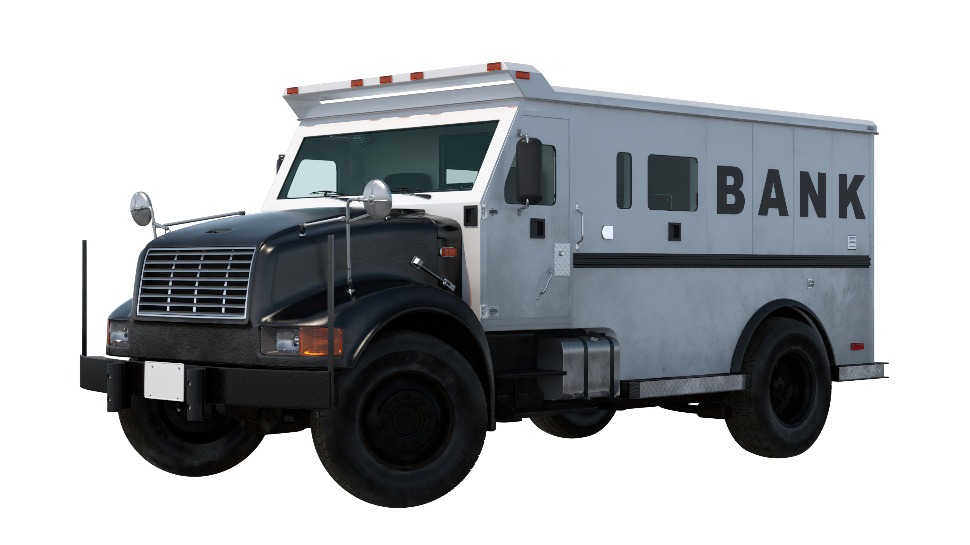 What's It Like to Commute to Work in a Bullet-Proof Vehicle?
All Photos
Comments
View As List