Game Changers: The Biggest Names in Music, Art, and Fashion Come Together for Reno Collective

What do the best creatives have in common? Is it commitment to a vision? An insatiable appetite for knowledge? An eye for the unique and the unfamiliar? Or access to inspiration and tools that further their creative vision?

For this group of creatives, it’s all of the above.

Spearheaded by IV of Spades for music, Daryl Chang and Andre Chang for fashion, and Dex Fernandez (known as Garapata) and Treb Monteras II for visual arts, OPPO’s Reno Collective brings together artists from different facets of art in a celebration of creative freedom and artistic expression. Through this campaign, the artists share what fuels their passion, creativity, and continuous evolution, and how technology impacts their journey as creatives. 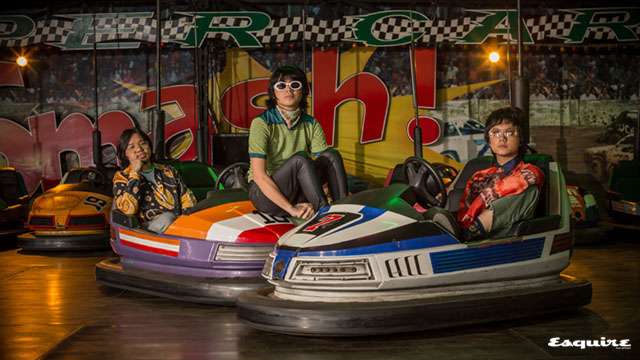 IV OF SPADES: Surround Yourself with Creativity

“Nobody likes the new kid, nobody likes the opening act,” vocalist and bassist Zild Benitez says, sharing how, at first, they were not received well by the industry.

Since breaking into the popular music scene, the band has released its debut album, gone on tour, and collaborated with known artists, effectively redefining the OPM artist stereotype. Badjao de Castro, Zild Benitez, and Blaster Silonga of IV of Spades may have cracked the code to making music that resonates well with different generations. 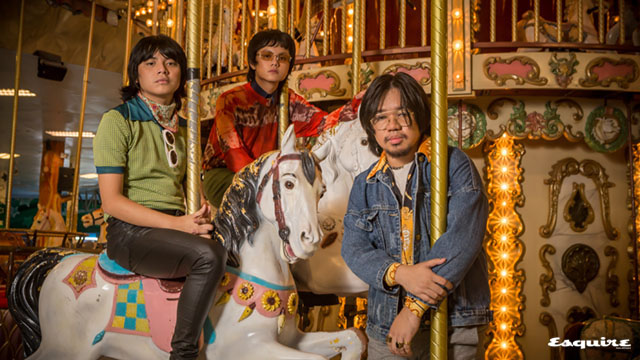 Coming from a family of musicians, Blaster shares that he credits the diversity of his musical taste to being exposed to all kinds of music at a very young age. But despite this knowledge and the band's undeniable popularity, he admits that IV of Spades is still in pursuit of its original "sound."

In this regard, modern technology help the band explore music in order to find its own identity. “We can do things that couldn't be done years before because of what technology can do now. It’s limitless. For the Reno smartphone, my favorite feature is the Dolby Atmos speaker, because then I don’t need to use Bluetooth speakers anymore," Badjao shares.

“The Dolby Atmos speaker is a good feature. I always forget my headphones at home. This is a good way to listen to music and hear its details,” Blaster seconds. 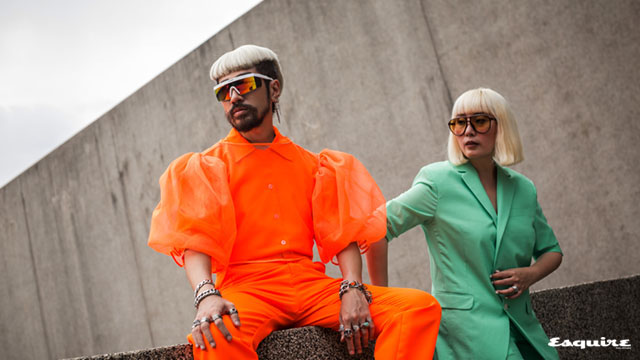 Fashion is one field that has benefited greatly from technology. Take it from industry experts, siblings Daryl and Andre Chang.

Says Daryl, “Before, when I wanted to get inspired, I’d look at print: Vogue, Harper’s Bazaar, and Elle. On television I’d look at music videos, MTV. So before, my inspiration was really to magazines and music videos, but now inspiration is everywhere. It’s just a click or a hashtag or a board away.”

Andre, who is known for his maximalist looks, sees technology as an extended platform for self-expression through fashion. “It has given fashion a creative platform for people to showcase their style. There’s equal opportunity for everyone to rise and be recognized, as opposed to before when there were very few voices who dictated the direction of fashion,” he shares.

Getting into the business of fashion was a natural progression for both, having grown up in a fashionable household, with a mom who took them to her favorite designers.

Daryl shares, “My mom made mini versions of her dresses and had me wear them. At that time, we didn’t really consider it as fashion, it was just really a way of life. Our parents didn’t give us limitations on what we wanted to do or what we wanted to wear, and having that much freedom led us to a more creative career path.”

Andre adds, “I always knew that I wanted to be in fashion. It was and always will be a beautiful world, and I’ve always wanted to be a part of that. It started out with me appreciating clothes and discovering the ones that I personally gravitated to. We all have these personal preferences and that’s what makes our style singular and extraordinary. I would eventually know that it’s really my style when I see my approach translate to another person when I’m styling or when I’m designing for somebody else.”

Despite being on opposite sides of the style spectrum, the two admire each other’s work and look—and even raid each other’s wardrobes. “Working with Daryl and watching her style evolve over the years, she’s taught me that strong editing eye when it comes to pairing pieces. Her minimalist style is a very precise form of editing, and that taught me a lot when it comes to how I put things together. It’s already part of who I am and how I work as a professional stylist,” says Andre.

“If I were to do a maximalist shoot, my peg would be Andre. He’s a walking study. You may think that being a maximalist involves just mixing things up/together for drama, but there is a discipline to it, an underlying balance that controls that couture. Ironically, it’s subtle and studied. And I look to Andre for that exercise in organized maximalism. That and how he always challenges the boundaries of fashion will always be fascinating and new,” Daryl adds. 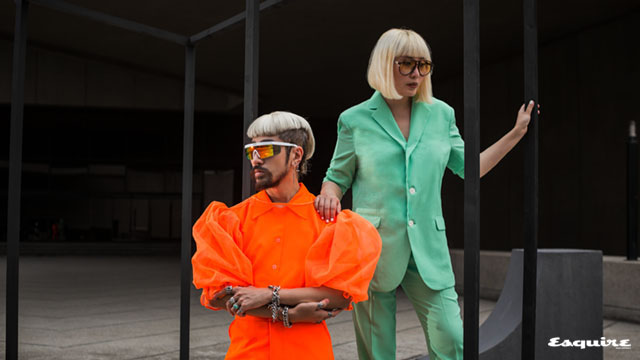 Their passion for fashion is once again put in the spotlight as they join the Reno Collective.

“I’m extremely pleased that the Reno Collective chose us because I like being surprised by the unexpected, and OPPO wanting to get me and Andre–not as individuals—but together as a fashion force was unexpected. And I appreciate that. For a phone brand to set a different standard and to unequivocally acknowledge both our contributions to the industry for me is a brand that I would want to align with. It speaks highly of who they are, what they believe in and how they know exactly what and who they want,” Daryl says.

For Andre, OPPO’s support for creative talents mirrors the way he himself has mentored younger stylists. “I love it, really. The phones are designed for creative people, and to be aligned with that is very empowering and exciting. It complements our lifestyle and enhances our work. I’ve always been hugely supportive of young talents. You can do anything you put your mind to, and clothing is the easiest way to express yourself without boundaries—and with the right innovative tool like the Reno 10x Zoom, we can create fashion, express fashion, capture fashion without limits.”

“It may take a while, but if you really do believe that you are doing what you love, it will pay off. And I think Reno Collective also wants to show that it did pay off for us,” Daryl says. 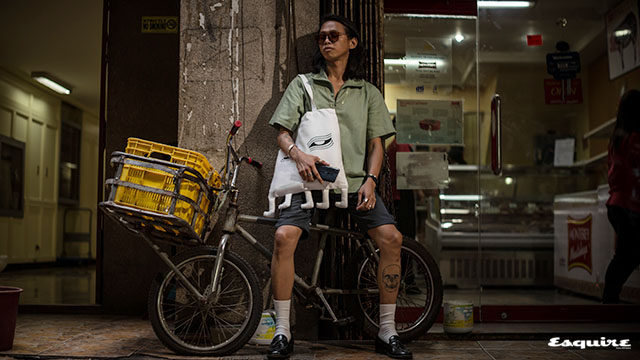 DEX FERNANDEZ: Be Inspired by the Little Things

Dex Fernandez’s rise in the local and international arts scene is, believe it or not, largely due to Garapata, an iconic character Dex created, which is inspired by an insect. 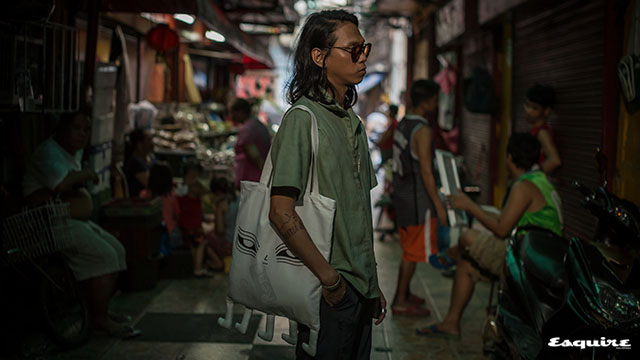 As a student, Dex took up fine arts and majored in advertising, which gave him the marketing and merchandising know-how that led to the proliferation of his beloved creation. “That’s how I learned how to apply marketing strategies to my art. Sa street art, ang daming makukulay na graffiti, naisip ko bigyan ng high contrast and character ko, kaya I use black and white palette.”

Despite being associated primarily with the underground art scene, Dex jumped at the opportunity to collaborate with OPPO for Reno Collective. 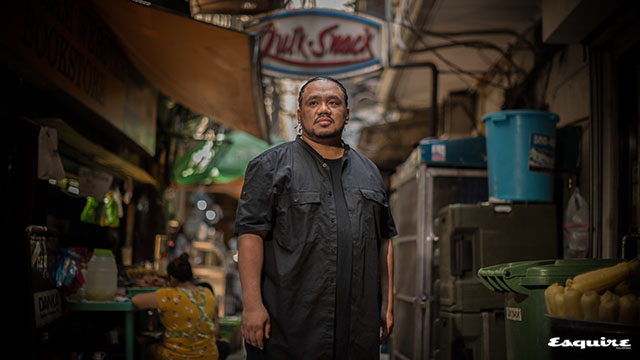 Best known for multi-awarded and internationally acclaimed film Respeto, director Treb Monteras II finds himself at the top of his game and ready for more. With six films in the pipeline, Treb is a living, breathing proof of his own mantra: start and never stop.

Treb’s roots and influences lie in a diverse range of subcultures, having started his career as an art director for a clothing company while selling makeup and food supplements on the side. The diversity of his endeavors stemmed from his need to create, which led to a film that, for him, has been a long time coming.

“I was doing all that to augment my income because I wanted to produce my own film. And as an art director, dun ko din na meet yung first clients ko because the company was dressing new bands. So I started doing music videos, commercials, and now film,” Treb says.

His interest in filmmaking was sparked at an early age when his dad, an engineer who also did wedding videos on the side, taught him how to make stop-motion videos using coins. “That sparked my interest,” Treb recalls.

“I never stopped learning. Until now, I take online workshops. I also do photography, window display, 3D animation. I’m also dabbling in music production. The first type of music that I listened to was hip-hop. So I thought the best transition from making music videos was to make a film about music because it’s something that I really love.”

Respeto, his most notable film, so far, is only the first of many. Treb is eager to expand his vision by leveraging other mediums and collaborating with other artists, such as Dex Fernandez, whom he met through OPPO's Reno Collective.

“Dati, I wanted to make films that mattered, but the problem was how to make them entertaining. I think with Respeto, nahuli ko siya with the use of rap and poetry. Sa mga next projects ko, I am applying the same. The topic is serious, but yung mundo niya is set in some subculture. So far, I think my biggest career achievement is the film because it created a conversation,” the director shares.

“Mahilig akong makipag-kuwentuhan and I’m very observant. I’m not good with words, so lahat ng concepts ko start with color. Again, it comes from how I started with music videos. It’s like giving color to sound.”

He is particularly impressed with the colors and details of the OPPO Reno 10x Zoom, which he uses for everything, from browsing Pinterest to capturing inspiration on the streets. “It’s like carrying a pocket DSLR with you. Low light is really, really good.”

“Art is an area where we can share an experience, even with different ideas and views. Because of technology I can express myself to the world. Now with just one post, I can express myself. Also, as a consumer of art, I don’t have to go to a theater or a museum to see art. It’s always within reach,” says Treb in conclusion.