The fate of one of the first big shopping malls in the metro is uncertain.

Harrison Plaza is considered by many to be a cultural icon that defined their childhood. Occupying 75,000 square meters of space, it was one of the first big shopping malls in Metro Manila. Harrison Plaza officially opened in 1976, a time when it was unthinkable for people to spend half their waking day inside a building that’s constantly tempting you to spend.

Back then, people used to visit several independent stores along streets like Escolta to shop for their everyday needs. It wasn’t until the likes of Ali Mall and Harrison Plaza that city kids started hanging out at malls. No doubt, this is the origin of our mall culture today.

In the past decade, however, there have been persistent rumors of Harrison Plaza closing down. Before that happens, take a look back at the cultural icon that has shaped how we shop today.

Before There Was a Plaza

Before Harrison Plaza was Harrison Park. In the Commonwealth Era, urban architect Daniel Burnham allocated almost 100 hectares of land in Pasay for public parks that extended to a racecourse. In fact, he wanted four big parks and nine playgrounds for Manila. However, this plan did not completely materialize.

This was partly because, in the 1920s, the elite started building their homes in the area. Several businesses followed suit. The area allocated for the park shrunk to 40 hectares, enclosed by Harrison Boulevard (Quirino Avenue), the De La Salle University campus, and Vito Cruz (Pablo Ocampo Street).

It was named Harrison Park, after Francis Burton Harrison, Governor-General of the Philippines from 1913 to 1921. He became known for declaring the Democratic Party’s intention to seek independence for the Philippines. Harrison also introduced a number of reforms that gave Filipinos important administrative positions. After World War II, he served as an adviser to the first three Presidents of the independent republic.

A portion of the park near the La Salle campus was used for a while as a site for the famed Manila Carnival. That area was later on converted to the Rizal Memorial Sports Complex.

During World War II, the park also played an important role in the Battle of Manila. The park was where the first Japanese stronghold was located, the one that the 5th and 12th Cavalry Regiments of the U.S. faced upon landing on Manila Bay and reaching Pasay on February 12, 1945.

The cavalries and squadron fought their way northward, hunting down the Japanese soldiers who hid in the residential areas and establishments such as the St. Scholastica's College, La Salle University, and the Japanese Club.

On the morning of the 15th, the 5th Cavalry's squadron drove north along the bayfront. This forced the remaining Japanese defenders staying at Harrison Park to retreat into the sports complex. A battle ensued inside the facility for the next few days.

The bloody battle at the park echoed how the land was used during the Spanish colonial since there are reports stating that some areas of the park used to be a burial site. Given its proximity to Fort San Antonio Abad, a garrison of Spanish forces protecting the south of Manila, this is not completely farfetched.

In fact, there is a photo of a grave taken at the site dated 1899. The inscription of the photo, which is now displayed at the U.S. Library of Congress in the University of Michigan, reads: “Monument of in front of Fort San Antonio Abad showing of rifle fire directed at American troops 1899.” The writings on the marker itself, however, seems to indicate a tomb of a child.

The land where the park was located was the property of the local government. The officials in Manila decided that it was time to give way to a commercial center due to its accessible and convenient location. Not only was it close to several hotels in the area, including Century Park Hotel (then Century Park Sheraton), it was also strategically situated near other family-friendly attractions such as the Manila Zoo, Rizal Memorial Sports Complex, CCP Complex, and Roxas Boulevard.

In 1976, just a few months after Ali Mall, the first air-conditioned mall in the country opened, Harrison Plaza reinforced what would become every Filipino's favorite pastime. Crowds came from the nearby hotels and even from the universities nearby. People from the provinces included the mall in their itinerary for a bit of shopping.

The mall had a fountain at the center, similar to the architecture of shopping malls in the U.S. at that time. It also had an atrium where events like fashion shows were held. The concept was novel. Who knew that you can have so many different types of stores under just one roof? In its heyday, it had over 180 stores, eateries, and service outlets, four movie houses, and one supermarket.

Of course, wise entrepreneurs caught onto the trend and started developing bigger and brighter malls. Harrison Plaza temporarily closed for renovation between 1982 and 1984 and then reopened with rival department stores Shoe Mart and the more upscale Rustan’s soon after.

The renovation reinvigorated the mall for a while, but it struggled to compete with the offerings of other malls and the changing times. Even with new additions such as Shopwise and more foot traffic brought by a revived Jai Alai fronton in the 1990s, the growing and younger population of Metro Manila preferred to spend their time at the city’s newer malls.

When the cinemas and Rustan’s disappeared, they were replaced with and -. The mall's patrons also noted the place itself wasn’t maintained properly—cracks on the walls were too visible, the paint was fading, and the lighting was consistently dim. The place looked almost haunted, reminiscent of its past as a burial ground and a battlefield.

The Martel family, who owns several businesses and publications, has been managing Harrison Plaza since it opened to the public. Due to the mall's waning popularity, it was reported the family has been in serious talks with SM Prime, part of the SM group, one of the major tenants of the mall.

With over a decade of speculation whether Harrison Plaza would be demolished to make way for another shopping complex, it was only in 2016 when reports confirmed SM Prime was indeed firming up plans to invest close to P40 billion to redevelop the area into a mixed-use property.

In 2018, SM Prime chairperson Henry Sy Jr. was quoted as saying the company is finalizing the deal with the Martels, who were willing to be bought out of their contract. However, they both have to wait for the Martel’s contract with the local government to expire in either 2020 or 2022, depending on technicalities.

Sy was positive that the redevelopment will be a “massive project.”

“We could build a new shopping center with [a residential] condominium above it. Once we finish [discussions] with the Martels, we will start with it right away. Right now, demand for [residential condominium] units is so much so I have to keep on replenishing land because we’re running out of ,” he said.

This demand is coming from both local and international markets, with the Chinese accounting for 30 percent of SM Development Corp.’s residential reservation sales, according to reports.

Operations of the mall will stop by the end of July, but new reports have surfaced it has been extended to the end of the year. Since its impending demolition made rounds in social media, old patrons have been been reminiscing about their good ’ days at the iconic mall, remembering the trinkets they bought at the shopping complex of their childhood. 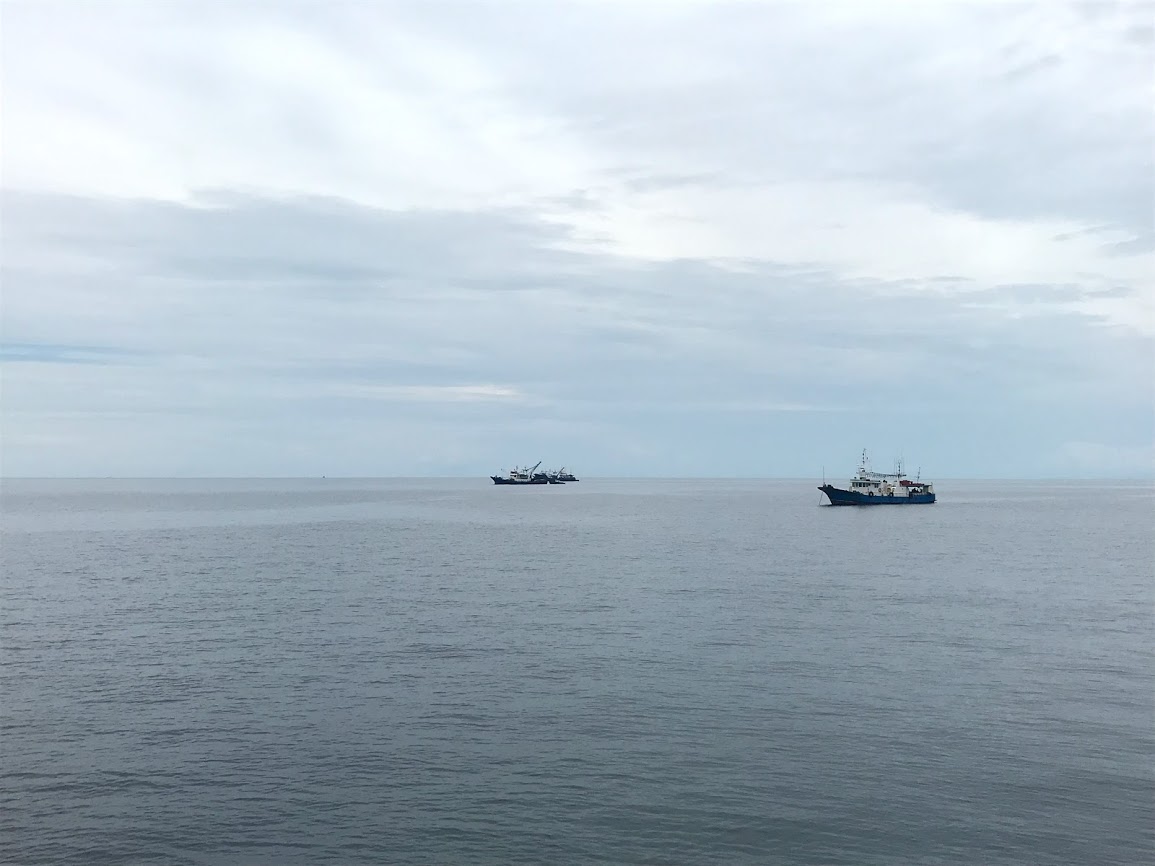 A Fishing Trip in the Sulu Sea With The Sardines Millionaire 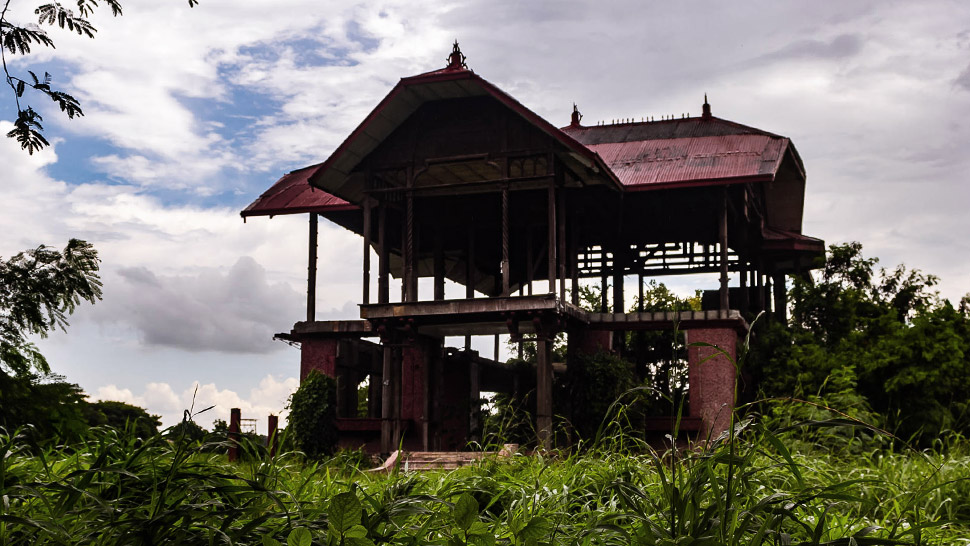