Loring May Ebersole, later known as Florence Finch, was just like a typical grandmother who busied herself with things most typical grandmothers would do. She doted on grandkids, cooked wonderful meals, and watched old soap operas.

But when Loring died at the age of a hundred and one in 2016, no one really knew the quiet and reserved old woman was a highly decorated war veteran and former prisoner of war in the Philippines.

Loring was born in 1915 in Santiago, Isabela to an American father and Filipino mother. Her father, Charles Ebersole, was an army man who served in the Philippines during the Spanish-American War. That was also the time when he met and married Maria Hermosa, Loring’s mother.

After graduating from high school, Loring was hired as a stenographer by the U.S. Army Intelligence in the Philippines. For many years there, she manually transcribed in shorthand all the conversations, meetings, and reports that went on in the base. During her time at the base, she met and fell in love with Charles E. Smith, who was a mate of the Navy’s chief electrician.

Loring and Charles were dreaming of white picket fences and a quiet life when tragedy struck. Just 10 hours after their attack on Pearl Harbor, Japanese raiders blitzed into the Philippines—an attack that was not expected for days.

In a matter of days, Japan had captured Manila, and General Douglas MacArthur’s forces were running out of places to retreat to.

Loring’s husband Charles was immediately called to duty and reported to his torpedo boat unit. Charles was among the thousands of Filipino and American soldiers forced to withdraw to Corregidor for the Philippines’ last stand.

Unfortunately, Charles died. His torpedo boat was hit when he was resupplying American and Filipino troops who were stranded in Corregidor.

Meanwhile, Loring was able to convince the Japanese forces that she was Filipino, despite her American appearance. Because of her charm and her many years of experience as a stenographer for the U.S. Army, she was able to land a job as a voucher writer for gasoline rations. Her perfect penmanship impressed the Japanese, so they put her at the Philippine Liquid Fuel Distributing Union.

There, Loring would secretly help smuggle precious fuel for guerilla forces. The Japanese had no idea Loring was sabotaging their fuel supplies and diverting these to the resistance fighters.

For many months, Loring falsified records and stole from her Japanese bosses, diverting to guerillas as much as 250 gallons of fuel a week.

One of the guerrilla groups she was helping was that of a certain Major Carl Englehart’s. In one of their missions Engelhart and his company were captured by the Japanese. Luckily, Engehart managed to sneak a message to Loring informing her of their location and that the Japanese were torturing them.

Undaunted, Loring used subterfuge and stealth to personally smuggle food, medicine, clothes, and even soap to the ailing prisoners. Loring would set aside her salary to buy scraps of meat, fish, and then smuggle these to the prisoners to keep them alive.

Eventually, Loring was caught in one of her missions.

Torture and Interrogation of Loring Ebersole

As a high-value prisoner of war, Loring was subjected to solitary confinement and torture. The Japanese had no shortage of cruelty for captured traitors. They put Loring is a cell so small—it measured two feet by four feet—you couldn’t even stand inside.

Silence. Not a single word of betrayal escaped Loring’s mouth.

For many days, the box and electrical metal clamps defined Loring’s prison life, until the Japanese grew tired of her and decided she would waste better in hard labor.

Loring was sentenced to three years of hard labor in Mandaluyong where the Women’s Correctional Institution was located.

After three years of doing hard labor inside the facility, the Americans tore through Manila in February 1945. They liberated Loring at the prison. She was on the brink of death—emaciated with paper-white skin and weighing less than 90 pounds.

The horrors of the war left a mark on Loring, who wanted to start a new life not in the Philippines, but in America.

The pain of World War II had not left her when she enlisted in the U.S. Coast Guard Reserve. When asked why she wanted to enlist, her answer was “to avenge my husband.”

Her Coast Guard superiors decided to investigate her background, and they were shocked when they heard what Loring had done in the Philippines. She was the first woman to receive the Asiatic-Pacific Campaign Ribbon, one the highest decoration for those who participated in the Asian campaign of World War II. in 1947, Loring also received the Medal of Freedom, the highest decoration a civilian can receive.

In 1946, Loring remarried, taking Robert Finch’s last name. For the rest of her life, until she retired, Loring worked as a secretary at Cornell University. Nobody, not even her neighbors, guessed what she had gone through.

When she died in 2016 at the age of 101, almost everybody except her family had forgotten her war exploits. It was only when the U.S. Coast Guard announced a memorial for her that the whole nation was reminded of her heroism. She was buried with full military honors. 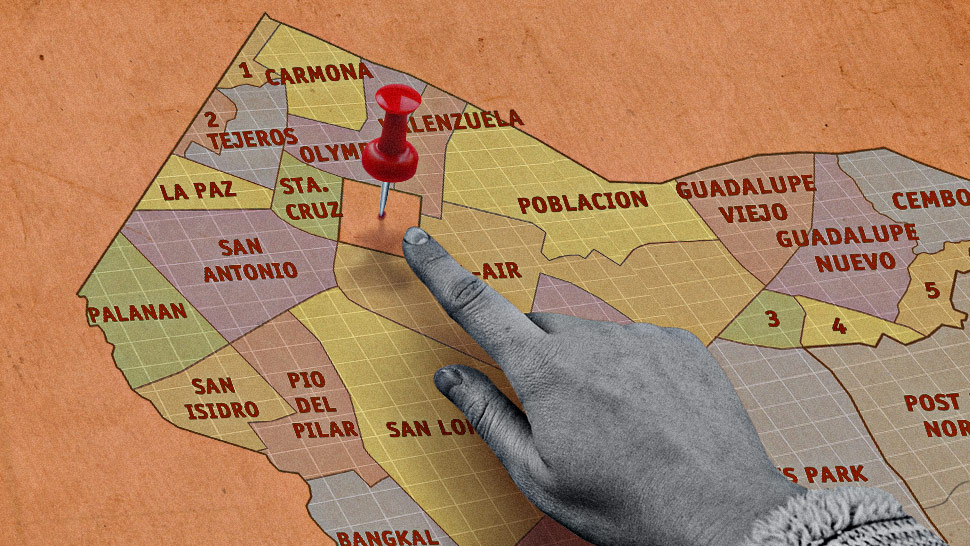